Piecing together the picture of the origins of life on Earth and throughout our solar system is a driving force for scientific research. Icelandic silica sinters provide clues about microbial communities that are adapted to living in extreme conditions. Dr J Javier Álvaro at the Instituto de Geociencias (CSIC-UCM), Madrid, is investigating the biomarkers and microbial textures left behind by these organisms, to determine the type of life that might once have lived in similar environments on Mars.

The question of how life began on Earth, and whether it exists or has existed throughout our solar system, has been driving scientific exploration for many years. The origin of life on Earth is a challenging question for scientists to answer, resulting in a variety of theories. Hot volcanic springs are incredibly mineral-rich, and with their ready water supply are a likely candidate for early life. Scientists today are researching their microbial communities to learn more about life under extreme conditions.

NASA’s Mars Spirit rover, operational on Mars until 2010, made key geological discoveries identifying rocks on Mars that form in the presence of water, including sinter deposits – silica precipitated from hot volcanic springs. As sinter deposits on present-day Earth are frequently associated with microbial activity, this discovery may hold the key for determining whether hydrothermal springs were once a source of life on Mars.

Dr J Javier Álvaro at the Instituto de Geociencias (CSIC-UCM), Madrid, is investigating hot-spring sinter deposits on Earth in order to gain clues that could be applied to the history of life on Mars.

Biosignatures in sinter
How is it possible to study microbial life using rocks? Hydrothermal hot springs form in areas of geothermal activity, where water is heated under the Earth, either by shallow bodies of magma or by moving through fault systems deep in the Earth’s crust before rising to the surface. Here, it might form a hot lake or stream, or a slow-boiling mud pool, or it could form a geyser that erupts hot water and steam at regular intervals. These volcanic hot springs are all very rich in minerals, such as native sulphur and jarosite, because heated water can hold far more dissolved cations and anions compared to cold water. As the water moves away from direct contact with the vent, it begins to cool and precipitate the ions dissolved within, forming mineral deposits. Sinter is the precipitation of silica from these hydrothermal springs, but scientists have discovered that its build-up is not only controlled by the cooling of the source water. 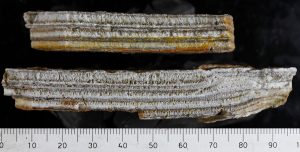 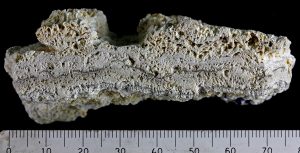 Hot springs are home to communities of microorganisms that are adapted to life in near-boiling water that is rich in ore metals. Mineral deposits like sinter hold a record of the organisms that lived around the vent as it was being precipitated, and scientists can collect and study these deposits to learn about these extremophile communities. In modern sinter deposits, scientists can extract and analyse DNA and other organic molecules, such as proteins and lipids, to learn about the microbial ecology. However, these molecules degrade over time, especially over longer, geological timescales. As ancient sinter deposits hold information about the origins of life, scientists instead study specific isotope biosignatures and biomarkers which are less likely to degrade over time. By gathering as much information as possible from both modern-day and ancient deposits, we can begin to understand the kind of life that survives in these extreme conditions, and what that means for similar environments on other planets.

Scientists continue to study the present-day sinter deposits and gather clues about the origins of life on Earth.

The shape of microorganisms
Dr Álvaro and his team are investigating sinter rocks from southwest Iceland in the Krýsuvík geothermal area. The geothermal field is located on the Reykjanes peninsula above the Mid Atlantic Ridge, where a body of magma sits just below the surface of the Earth’s crust. Sinters contain silicified microbes as well as microbial textures. The team is using a combination of biomarker and isotopic analyses to study these modern deposits, but in addition they are also using several microscopic techniques to study the textures and fabrics that microbial communities left within the mineral build-up. It is the microbes that control the shape of the deposits, so if we can study and understand which types of organisms form particular structures, scientists can look for the same structures in sinter deposits from other hydrothermal springs both on Earth and on other planets, and identify which types of microbes were present at their formation.

The Krýsuvík sinter deposits
The team studied how the hot-spring environment changed progressively away from the vent. Close to the vent are the hottest waters (over 75°C) and the most acidic, and here there were no structures recognisable of specific microbial communities. This is because the extreme conditions and fast precipitation of sinter prevents the formation of clear structures. As the team sampled further from the vent, where temperatures decrease to below 75°C, mats encrusting the floor of abandoned meanders and desiccated ponds display individual microbial filaments and coccoids.

Biomarker analyses point to intergrowths of cyanobacteria, Aquificales and sulfate-reducing bacteria and methanogenic archaea. In addition, the team was able to link the types of microorganisms to their distinct textures. Filament-shaped microbes indicated the presence of cyanobacteria, formerly known as blue-green algae, which use sunlight to make their own food. They are a very important group of photosynthetic bacteria on Earth and are also among the oldest fossils discovered, suggesting they may have played a very important role in the evolution of life on Earth. The rods and coccoid (spherical) shapes suggest other types of chemotrophic bacteria and heterotrophic fungi that are adapted to life in hot springs.

Martian implications
The Icelandic silica sinters are considered as analogous to hydrated silica occurrences on Mars discovered by the rover. Not only does this suggest there was once water present on Mars in enough abundance for features such as hydrothermal springs, but scientists can study the deposits in Iceland to understand what types of microbial communities might once have lived there. Ultimately, collecting sinter samples from Mars and returning them to Earth for biomarker and microscopic analysis to understand their textures will provide an answer to the question of whether there was life under these conditions on Mars, but until then scientists can continue to study the present-day sinter deposits and gather clues about the origins of life on Earth. 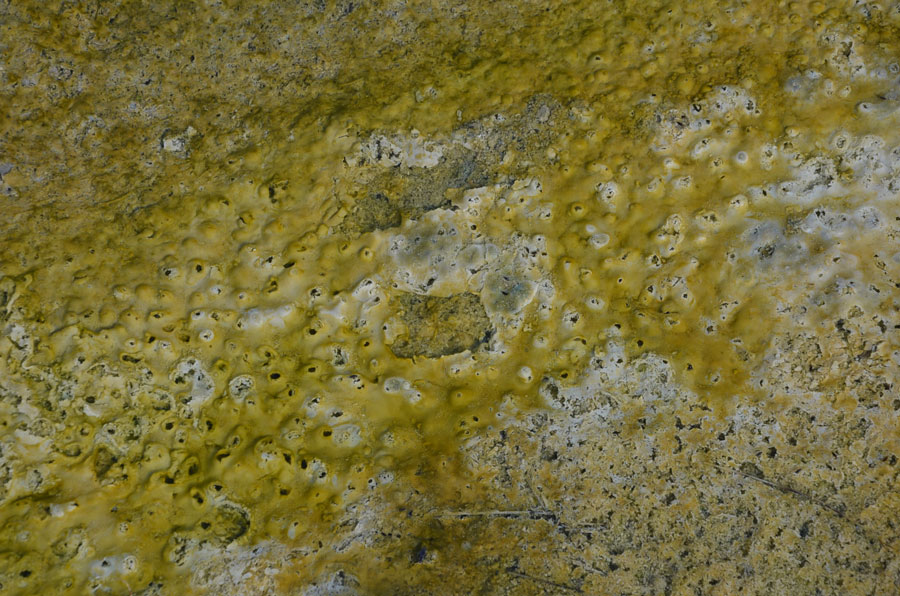 Do you think life once existed on Mars?

Space missions (orbiters, landers, and rovers) have established that all the raw ingredients that are required for life on Earth were abundant on early Mars, including an atmosphere and liquid water on its surface. Some portions of Mars were habitable in the past, but just because some extremophile microbial communities from our Earth would have been able to live there did not mean life once existed on Mars. Without direct evidence of past life from the analysis of Martian rocks, we will not be able to establish whether the planet was ever inhabited. Today Perseverance rover’s sampling is trying to solve this enigma. 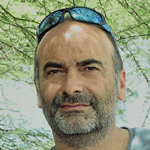 After receiving his PhD in the University of Zaragoza (Spain), the author has worked as Assistant Professor in the University of Lille I (France) and as Research Scientist in the Center of Astrobiology and Institute of Geosciences, Spain, becoming director of the latter in 2021.