Arts & Humanities
What makes a great work of music what it is? What integrates a given piece as one coherent whole? It may help to step back and ask what makes any given thing essentially itself. Fortunately, Aristotle can help us understand this question and its surprising ramifications. No less surprising are the parallels between Aristotle’s ideas and what Robert Schumann says about the essence of music. John MacAuslan’s research explains this search for a thing’s essence and how philosophy can help us gain further understanding of our thinking about music.

Music uplifts the soul, enchants the imagination and stirs our emotions. Famous pieces of music have been celebrated for years and their quality discussed. But what makes a piece of music what it is – what makes it it?

When Schumann, the composer, pianist and critic, explores what makes a great work of music what it is, he uses certain terms and ideas. Dr John MacAuslan highlights how similar these terms are to those Aristotle uses to define what living human beings are. Aristotle’s approach, which MacAuslan describes as ‘complex, subtle, ambitious and modest’ aims to clarify what we do when we make apparently simple statements such as ‘That’s a chair’. What, Aristotle asks, makes the chair a ‘chair’ rather than a few pieces of wood? What makes a thing essentially what it is? MacAuslan explores how we can address the same question about music – what makes Mozart’s Clarinet Quintet, for instance, essentially the music it is, not just a collection of sounds or of musical phrases? 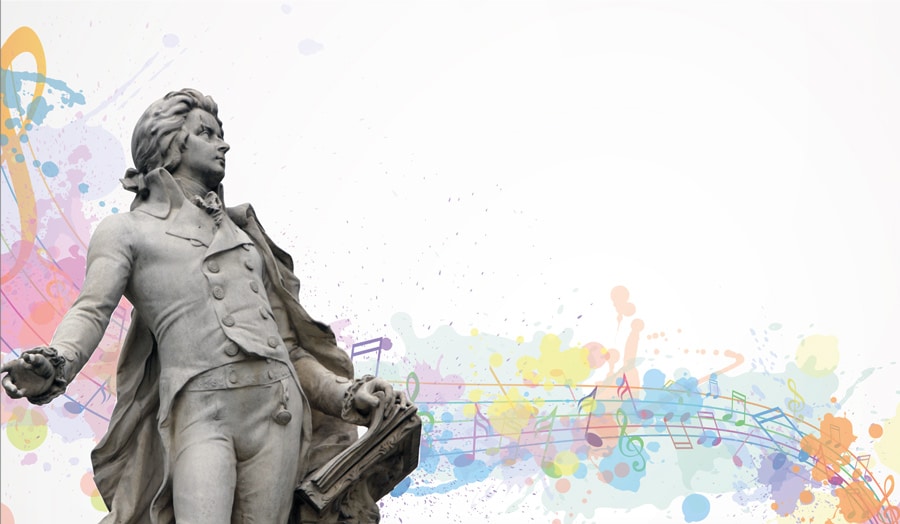 What is a thing?
What is it to be a chair? Such an easy question to ask. But you can’t just point towards some bits of wood as though that were an answer: you’ll only pick out just the right bits (not the pencil left on the seat, or the coffee stain on the arm) once you’ve called them a chair. What’s more, you need to explain that you’re seeing them as a chair, rather than as a bad case of woodworm, or a particularly vile shade of blue.

For Aristotle, three tasks should dovetail. If you can define what a chair is, you’ll also have explained why those bits of wood belong together, and why the chair is one thing, not a jumble of properties, and you’ll have implicitly placed it in conceptual structures we see in the world: for instance, a chair – a piece of domestic furniture – an artefact – a physical object.

Surprisingly, these three achievements come, if at all, as one package. To create this single package, the definition of ‘what a chair essentially is’ must lie in a different dimension from the bits of wood that constitute it – as does a tune from the sounds that constitute it – and must be irreducible to them. Only so can it be as coherent and powerful as is required to define a chair, and to explain why such materials are needed in such an arrangement, and why a chair is one thing, and has such-and-such properties. Those requirements, Aristotle argues, are unavoidable if we are to think coherently; and though things would be what they are regardless of our defining and explaining that way, we could not see things any other way.

The magic’s in the music: Mozart’s Clarinet Quintet
Aristotle’s requirements can be aptly applied to music too – to understanding what makes a great work what it essentially is, and one work.

Take the Quintet. What it essentially is as music is not given by, for instance, labels like ‘K581’, or ‘a piece that makes me cry’; nor by the work’s history, economics or socio-cultural role. Such aspects may contribute to what makes the work itself, but in this context are subsidiary. Nor is it enough to show that the Quintet has the same features as other Mozart works written in what is called sonata form. That would be like explaining what a human is by saying that a human has a spine and a head: dogs and fish have that too.

For MacAuslan, adapting Aristotle, what makes the Quintet what it is as music is its own coherent aesthetic nature. He takes that as lying in a different dimension from the myriad musical features that constitute the Quintet; only so can it pull off those three interdependent achievements. Schumann too looked for something, which he called ‘Geist’, in a different dimension from the technical analyses he gave: he often used a poetic metaphor, image or scenario. But these easily lose touch with analysis. We can instead cap analytical descriptions of the work’s features with closely-related aesthetic terms – like ‘conflict’, ‘expansive’, ‘lyrical’, ‘harsh’, ‘flowing’, ‘chorale-like’, ‘funeral march’ and many others. These are neither analytical descriptions nor emotional or imagistic, but benefit from transparent relations to both. They may function together as such in a particular aesthetic nature: our task is then to give a coherent account of that. The accompanying podcast [https://researchpod.org/arts-humanities/what-makes-mozarts-clarinet-quintet-what-it-is] illustrates this for the Quintet.

What makes Mozart’s Clarinet Quintet essentially the music it is, not just a collection of sounds or of musical phrases?

Instinct into science
But Schumann never quite said what makes a work of music what it is. Nor for that matter, MacAuslan notes, did Aristotle try seriously to pin down what being a human is. Perhaps in his day scientific knowledge and theories were too immature; anyway, his purpose here was to illuminate the structure of our thought, and for that even a dummy definition sufficed. He explored how we can start from a pre-theoretical sense, rooted in observation and experience, of what something essentially is. That can be enough to guide initial explanations of why it’s one thing and the thing it is, ‘getting as close as possible’ to what it is. It can set off a long march towards more fully articulated scientific theory.

A similar process in music has led to developing and applying aspects of music theory, and still could. Musical works may be, as was commonly held in Schumann’s day, indefinable; but even so we needn’t just let the power of the music work on us without wondering how. Aristotle used ‘definition’ broadly; and the greatest early 19th-century critic, E. T. A. Hoffmann, in effect used a similarly broad sense in speaking of “a powerful indefinable sense of intimation, awe, foreboding” as what pervades Beethoven’s Fifth Symphony and informs the multifarious technical features he analyses. 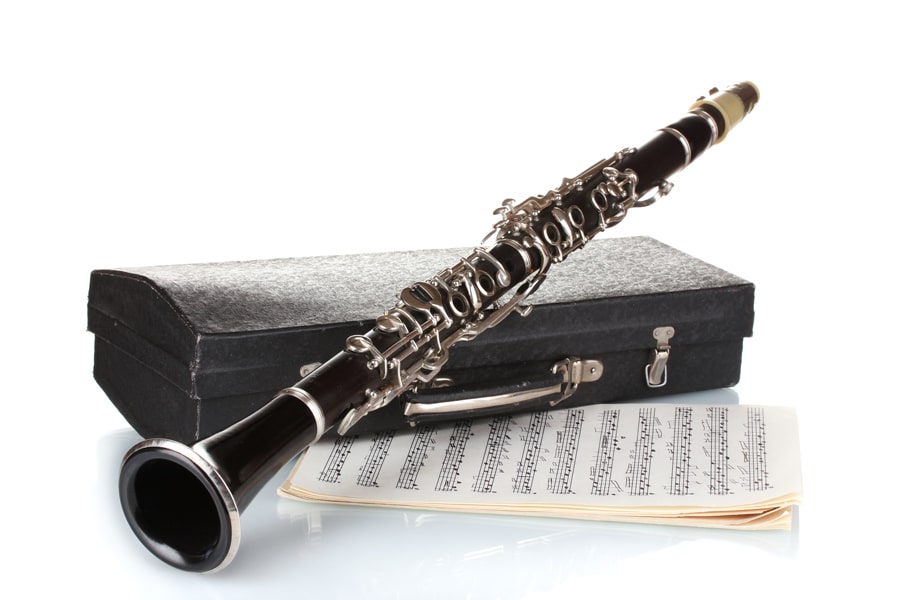 To illustrate the process in music, MacAuslan draws on Aristotle, and his successor of six centuries later, Plotinus. An initially untheorised sense of the work’s nature, rooted in playing, listening and experience, may act like an unseen magnet. Its field orients the otherwise incoherent iron filings of our experience of the music; picking out particular musical features to represent the work as a whole, it shapes how we begin to describe and relate them, and eventually to theorise them. Or to change the metaphor, think of a vanishing point in a perspective drawing: a notional, invisible point governs and explains what is drawn, and how, in the creation of a single unified scene. Like a vanishing point, a work’s aesthetic nature, whether felt or theorised, explains and connects its musical features. Alternatively, from those features, as explained and connected, a point on which they converge, however notional, can be extrapolated. Musicologists can explore how such perspective or field lines, diverging or radiating from an unseen point, govern and explain the features, their description and their coherence, and guarantee the work’s unity; or can work back along those lines towards how features, so described and related, converge on a coherent account of an aesthetic nature; or both together.

So in an Aristotelian approach, an aesthetic nature can capture what it is to be a particular work, explaining its nature, coherence and properties, and placing it in conceptual and theoretical structures. And it can do so even while a definitive formulation necessarily remains beyond our grasp.

Has this research changed the way you listen to music?

What makes Mozart’s Clarinet Quintet what it is? An unexpected meeting between Aristotle and Schumann was last modified: October 15th, 2020 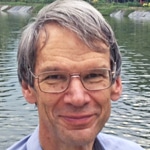 John MacAuslan is an independent scholar who worked in London for many years in HM Treasury, the National Gallery and as a Civil Service Commissioner, and then for the NGO War Child. He is the author of the book, Schumann’s Music and E. T. A. Hoffmann’s Fiction, Cambridge University Press, 2016.

Dr John MacAuslan applies philosophical theories to music to better our understanding of how we think about it.

Scholars in the field

MacAuslan, J. 2020, "What makes Mozart’s Clarinet Quintet what it is? An unexpected meeting between Aristotle and Schumann”", Research OUTREACH . Available at: what-makes-mozarts-clarinet-quintet-what-it-is-an-unexpected-meeting-between-aristotle-and-schumann/ (Accessed YYYY/MM/DD)