Jan Glatz, Emeritus Professor of Cardiac Metabolism at Maastricht University, conducts research into the transmembrane protein CD36, which regulates cellular lipid metabolism. CD36 facilitates the uptake of long-chain fatty acids in cardiac muscles while the recycling of CD36 between endosomes and the sarcolemma regulates this uptake. Heart diseases are commonly associated with changes in the uptake and use of its main energy substrates, ie, fatty acids versus glucose. In experimental models, manipulating CD36 levels in the sarcolemma has been shown to normalise myocardial energy metabolism and improve contractile function. CD36 is, therefore, an important emerging target for metabolic modulation therapy to fight heart disease.

Long-term changes in the energy metabolism of the heart reduce its ability to contract. This can both cause heart disease to develop and lead to the progression of heart disease initiated by other causes. For example, cardiac insulin resistance caused by consuming a Western diet can lead to diabetic cardiomyopathy.

The two fuel sources used by the heart are fatty acids and glucose. Recent insight indicates that these are both needed, as the sole use of a single substrate elicits heart disease.

The good news is that therapies aimed at regulating myocardial substrate preference (the balance of these fuel sources) have been found to be effective in treating cardiac diseases. The transmembrane glycoprotein CD36 is one such therapeutic target, which is the focus of a body of research by Emeritus Professor of Cardiac Metabolism Jan Glatz and his team at Maastricht University in the Netherlands.

Dysregulation of CD36 activity plays a key role in the development of heart diseases.

Targeting heart disease
Long-chain fatty acids are one of two main sources of energy used by the heart muscle. CD36 facilitates the uptake of fatty acids into heart muscle cells, and is needed to regulate myocardial (heart muscle) lipid metabolism. In a healthy heart, CD36 is closely modulated according to the cells’ need for fatty acids, with changes in demand occurring almost instantaneously. Dysregulation of CD36 activity therefore plays a key role in the development of heart diseases, making the transmembrane protein an appropriate target for metabolic modulation therapy to treat these conditions. Promisingly, both natural compounds and chemical drugs have been shown to manipulate CD36 levels and activity.

Fatty acids gatekeeper
Hormones such as insulin, along with an increase in muscle contraction, trigger the movement from the endosomes (sorting organelles that regulate the trafficking of proteins, lipids and other materials) to the plasma membrane. As such, CD36 moves to the sarcolemma (the plasma membrane of muscle cells) to enable long-chain fatty acid uptake, and to the mitochondria (organelles that generate a cell’s energy) to support fatty acid oxidation. The mechanism of subcellular recycling bears some similarity to the dynamic regulation of cellular glucose uptake by glucose transporters (GLUTs) (Figure 1). Indeed, as well as being a gatekeeper for fatty acids entering cells, CD36 may also have a role in optimising the insulin response, and therefore regulating glucose metabolism within the heart.

CD36 is also key to the development of pathological changes leading to heart muscle dysfunction. Manipulating the amount or function of CD36 at the sarcolemma may therefore be an effective treatment for cardiometabolic diseases.

Reliance on lipids
Obesity is linked to fat metabolism dysfunction, which results in harmful build-up of triacylglycerol (the main type of fats from the diet) in tissues such as the heart. This is followed by insulin resistance and abnormal heart contraction. The resulting condition is known as diabetic cardiomyopathy. To retain CD36, the endosomes within the cell need to be appropriately acidified. However, an excess lipid supply disrupts proton-pumping activity and renders the endosomes too alkaline. This results in increased trafficking of CD36 to the plasma membrane and an increase in lipid uptake by the cells.

When this process carries on for too long, also insulin signalling in the heart muscle cells becomes inhibited which causes heart contraction problems. However, experiments on rats have shown that inhibiting or deleting CD36 stops this entire cascade and therefore protects against insulin resistance caused by high-fat diets, and against heart contraction problems (Figure 2).

Reliance on glucose
Reciprocally, in the case of an enlarged heart, the main fuel source has switched from fatty acids to glucose. Furthermore, the resulting heart failure increases this reliance on glucose over fatty acids as fuel, and this fuel shift is also associated with heart contraction dysfunction. Therefore, heart failure can be treated through rebalancing the use of fatty acids versus glucose for energy, in this case by stimulating CD36 translocation to the plasma membrane. As CD36 deficiency in humans reduces uptake of fatty acids and speeds up progression from hypertrophy to heart failure, restoring or stimulating CD36 function may be a useful prevention or treatment therapy.

Similarly, in cardiac ischemia and reperfusion, CD36 moves away from and GLUT4 moves towards the sarcolemma, switching the fuel source from fatty acids to the more oxygen-efficient glucose. Furthermore, while it is the amount present at the sarcolemma that determines fatty acid update, an insufficient supply of CD36 in general may hamper the rapid, dynamic changes in the fuel source preference (fatty acids or glucose) of muscle cells.

Metabolic modulation therapy
Glatz’s research suggests that CD36 is an effective target for regulating energy (lipids and glucose) metabolism within the heart to repair heart muscle contraction. This can be achieved by either decreasing, increasing or inhibiting CD36, and forms part of what is known as metabolic modulation therapy. There are several ways of manipulating CD36 levels at the sarcolemma, including: 1) modifying expression of the CD36 gene, 2) manipulating the recycling of CD36 between endosomes and the sarcolemma, and 3) inhibiting the function of CD36 once at the sarcolemma.

Chemical and natural agents
Research over the past few decades has revealed a range of compounds that are ligands (ions or molecules attached by coordinate bonding) of CD36. Several of these have been shown to inhibit CD36-mediated lipid uptake into cells. Also, in vivo animal studies have shown small molecule inhibitors of CD36 to alter myocardial lipid metabolism.

Chemical agents shown to achieve the alteration of CD36 include sulfo-N-succinimidyl oleate (SSO, a derivative of fatty acids), which has been demonstrated to inhibit cellular fatty acid uptake in experimental lab-based studies. Furthermore, the selective synthetic peptide ligand of CD36, EP80317, has been found to protect the heart against post-ischemic heart muscle injury in mice. Similarly, hexarelin, a synthetic growth hormone-releasing peptide that binds to CD36, has been found to protect the heart from ischemia/reperfusion injury in rat studies. Additionally, exenatide is a long half-life analog of glucagon-like peptide 1 (GLP-1), which has been shown to improve post-ischemic cardiac function in rats by suppressing translocation to the sarcolemma rather than inhibiting CD36.

CD36 is a key protein for regulating fatty acid uptake into, and use by, muscle cells.

Key to contractile function
Taken together, it can be said that the membrane protein CD36 plays a pivotal role in cellular lipid signalling and metabolism, particularly in the case of the heart. Manipulating CD36 alters myocardial lipid metabolism effectively and can be applied to balance substrate metabolism (fatty acids versus glucose) within the heart and improve or restore healthy heart contraction.

Both increasing and decreasing CD36 activity may be beneficial for different heart problems. Suppressing CD36 activity helps protect against heart disease caused by obesity and diabetic cardiomyopathy, whereas stimulating CD36 activity can help to alleviate cardiac hypertrophy (an enlarged heart) and heart failure.

While manipulating CD36 holds great promise in relation to therapies for heart diseases, Glatz encourages consideration and evaluation of any potential unwanted side effects, particularly as some patients may be living with two or more different cardiac diseases. Targeting VAMP4 (vesicle-associated membrane protein 4) may be one method of manipulating CD36-mediated fatty acid uptake specifically into heart muscle cells and without affecting glucose uptake, which is crucial to avoiding a fuel deficit to the heart.

What are your plans to investigate the impact of CD36 manipulation in patients living with two or more cardiac pathologies?

Very recently we discovered that specific amino acids inhibit CD36 translocation to the plasma membrane. In a rat study we observed that high fat diet-induced cardiomyopathy can be prevented and rescued by treatment with these amino acids. These results are exciting because amino acids are natural compounds and thus can be applied as nutraceutical. Currently we are planning a study with diabetic individuals to investigate the translation of these recent findings to humans (Wang, S, et al, (2021) Molecular Metabolism 53: 101293). 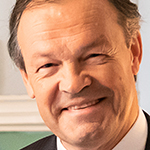 Jan Glatz (1955) is Emeritus Professor of Cardiac Metabolism at Maastricht University, the Netherlands. After receiving his PhD degree in metabolic biochemistry (Nijmegen, 1984), he joined Maastricht University to study lipid metabolism in the healthy and diseased heart. He disclosed pivotal roles for cytoplasmic FABP and membrane CD36 in myocardial lipid utilisation. Professor Glatz is (co)author of more than 400 publications which have received in excess of 20,000 citations.