The microbiome is of recent interest in mucosal immunity. Dr Gary Huffnagle and colleagues at the University of Michigan have identified a variety of intestinal microflora members which can metabolically communicate with host cells and regulate mucosal immunity. Accumulating evidence suggests that various metabolites produced by hosts and microbiome members and their crosstalk are more important than previously thought. Understanding and exploring these interactions may be important in mucosal tolerance to allergy, food, antibiotics, and disease.

Intercellular communication within the body is vital to ensure homeostasis, a self-regulating process that keeps the body healthy and functioning. It is often achieved through ligand-receptor binding and signalling, either locally or systemically to distant sites. These interactions are true for both host and bacterial cells. Ligands can be proteins (peptides, growth factors, and cytokines) or non-proteins generated from metabolic pathways (modified lipids, nucleic acid derivatives, and small molecules). Interkingdom communication between host and cells of the microbiome occurs at a molecular level either through host cell metabolites release and subsequent sensing from microbial cells, or via binding of microbiome metabolites to host receptors to generate an intracellular signal. The microbiome and its interactions with host cells have been shown to play a significant role in mediating immunity and mucosal barriers, especially in the gastrointestinal and urogenital tract and upper and lower airways.

Intestinal epithelium structure and mucosal immunity
The intestinal epithelium within the gut is composed of epithelial cells adjoined by intercellular tight junctions (TJs), comprised of various proteins (occludins, claudins, mucins, etc) and junctional adhesion molecules. Together, the epithelial cells and TJs create a dynamic and permeable barrier that regulates selective reabsorption of nutrients and limits access to antigens and pathogens from deep within mucosal tissue. The microbiota resides on the apical surface of epithelial cells (which faces the inner surface of the gut); they can also be found in the gut lumen which is the opening inside the bowels. The microbiome contributes microbial metabolites which are critical regulators of gut integrity and can positively or negatively affect barrier function by changing the function and/or expression of epithelial TJs.

Members of the microbiome interact with immunoregulatory cells through the release of microbe-associated molecular pattern molecules which are recognised by immune cells through pattern recognition receptors (PPRs). Antigen-presenting cells (APCs), including dendritic cells (DCs), macrophages, and B cells, are modulated by numerous bacterial metabolites and trigger activation of the inflammasome – a collection of proteins that coordinate induction of inflammatory signals leading to programmed cell death. Signals also lead to the generation of CD4 T regulatory cells (Tregs) within and surrounding the intestinal mucosa. Tregs are important in regulating inflammation through the expression of the transcription factor (TF) called Foxp3 which helps downregulate other T-helper (Th) subsets involved in inflammation. Tregs also downregulate inflammation by secretion of transforming-growth factor β and interleukin (IL)-10. Without Tregs, mucosal inflammation is enhanced by Th1, Th2, and Th17 cells that drive host inflammation.

Although mucosal immunity is thought to be largely mediated through host cell interactions, Dr Gary Huffnagle and colleagues at the University of Michigan have identified microbial cells to be a bigger contributor in regulating mucosal immunity than first thought. They have been investigating the role of a wide array of potential immunomodulatory molecules derived from the host or microbiome that facilitate this interaction and modulate mucosal immunity. These include short-chain fatty acids, prostaglandins, bile acids, uric acid, histamine, catecholamines, and aryl hydrocarbon receptor ligands.

Dr Gary Huffnagle and colleagues have identified a wide array of potential immunomodulatory molecules derived from the microbiome.

In host cells, butyrate and propionate promote intestinal epithelium survival and increase barrier integrity. Butyrate can act as a major metabolic substrate for colon epithelial cells and enhance epithelial cell survival by promoting cell differentiation and proliferation. Butyrate can also induce expression of mucin messenger RNA, which are the protein-coding instructions for assembly of mucin which compromise TJs, which therefore enhances barrier function. Butyrate and propionate have a wide variety of different effects on immune cells too. While butyrate can modulate differentiation, maturation, and function of APCs, propionate can alter DC precursors rendering them less reactive with an impaired ability to promote Th-2 responses.

Researchers found that SCFA-producing clostridial species, which are a bacterial species of the microbiome, can promote Treg accumulation in the intestine and surrounding tissue. Treatment of naïve T cells with butyrate alone promote T-reg induction by blocking deacetylation of histone H3 promoter and conserved regions of the foxp3 locus, which is where the Foxp3 gene is. Propionate could also induce Treg development in the periphery. Interestingly, the SCFA receptor GPR109A is also a receptor for niacin (also produced by gut microbiota). GPR109A and niacin signalling was shown to promote anti-inflammatory properties in colonic APCs and induce differentiation of Tregs.

Prostaglandins
Prostaglandins are lipids within host tissue that are enzymatically generated by synthases and other fatty acids. The prostaglandins PGE2 and PGD2 are critical in regulating innate and adaptive immunity and epithelial function. Fungi and yeast of the microbiome can also produce prostaglandins and similar bioactive lipids (oxylipins) which regulate host cell immune cell activity similarly.

Researchers found that in a mouse model of allergy, pathogenic yeast Candida albicans produced high levels of PGE2 and oxylipins which promoted Th2-mediated inflammation and consequently decreased barrier function and increased permeability of intestinal epithelial cells. C. albicans can also secrete a cytolytic peptide toxin called candidalysin which causes inflammation, formation of membrane pores, and subsequent destruction of epithelial barriers. Researchers also demonstrated that enhanced prostaglandin production during fungal infection could be important in aiding fungal colonisation and promoting chronic infection. Although not much is understood about microbial production of prostaglandins and prostaglandin-mediated regulation of mucosal immunity, it is an emerging field with much interest.

There is increasing evidence that bacterial-derived histamine within the microbiota plays a role in mucosal immunity as there are many histamine-secreting microbes within the human gut microbiome.

Bile acids
Primary bile acids are generated in the liver by cholesterol breakdown and then further metabolised by intestinal bacteria to produce secondary bile acids. Both primary and secondary bile acids can bind to various cell surface or nuclear receptors (FXR and GPBAR1/TGR5) with different affinities to generate further signal cascades. Mice model knockouts of FXR and TGR5 resulted in enhanced inflammation in disease models inferring their potential role in controlling inflammation.

Lithocholic acid, a secondary bile acid, was shown to inhibit IL-1β and NLRP3 inflammasome assembly by macrophages via TGR5 signalling causing ubiquitination and subsequent degradation of the inflammasome, thus affecting the macrophages destruction capabilities. Another microbial-derived secondary bile acid called 3-OxoLCA can repress Th17 cell activity by inhibiting Th17 differentiation via secretion of IL-22, IL-17, and others. This is important as Th17 cells are critical for barrier maintenance of gut epithelial cells.

Histamine
Histamine is a vasoactive biogenic amide derived from histidine, which binds to histamine receptors and plays an important role in immune regulation, tissue fluid movement, sleep, and gastric acid secretion. Histamine can induce oedema within the submucosal tissue below the intestinal epithelium causing fluid movement out of the tissue without compromising the integrity of TJs. Despite its well-known role in host cell biology, little is known about bacterial-derived histamine. However, there is increasing evidence that bacterial-derived histamine within the microbiota plays a role in mucosal immunity as there are many histamine-secreting microbes within the human gut microbiome.

Catecholamines
Catecholamines, another class of biogenic amides, are created enzymatically by phenylalanine or tyrosine to create epinephrine, norepinephrine, and dopamine. These molecules act on various dopamine and adrenergic receptors. Molecules can act as a hormone systemically or locally to surrounding tissues or as a neurotransmitter in synapses. Macrophages have also been seen to augment innate inflammation by their local release of catecholamines. Similarly, bacterial-derived catecholamines can promote infection and inflammation by mediating bacterial pathogenic pathways.

Aryl hydrocarbon receptor ligands
Aryl hydrocarbon receptor (AHR) is a TF and cytoplasmic receptor, serving as a receptor for many small molecules to induce AHR activation. AHR ligands include host-derived tryptophan metabolites and other AHR ligands provided by the members of the intestinal microbiome. AHR ligands can regulate aspects of mucosal and systemic immunity and modulate host-microbiome homeostasis by regulating the composition of intestinal microbiota. Indole-3 aldehyde, an AHR ligand derived from bacterial metabolism of dietary tryptophan can enhance IL-22 in gut Peyer’s patches cells to provide anti-fungal resistance by enhancing TH17-mediated inflammation.

Conclusions
Host cells and the microbiome metabolically interact via ligand-receptor interactions and can regulate mucosal immunity and inflammation, which is important for further understanding mucosal immunity. However, attributing the role of either host microbial-derived immunomodulatory metabolites is difficult when other contributing factors affect mucosal immunity, including diet, genetics, and environmental factors. Despite this, researchers state that metabolic crosstalk between kingdoms is crucial in providing a deeper understanding of mucosal immunity and how it can affect mucosal tolerance of allergens, food, xenobiotic, and disease.

How could this knowledge be applied clinically?

Small molecules (such as those derived from the microbiome) can be easily synthesised in the laboratory and produced at a level of purity such that testing as a therapeutic is possible. Regulatory agencies in Europe and North America are far more likely to approve these for clinical trials than whole, live bacteria. If we can identify microbiome-derived target molecules that dampen inflammation and provide strong pre-clinical data on their effectiveness, that will open significant therapeutic potentials for the treatment of food allergies, asthma, irritable bowel syndrome, inflammatory bowel disease and others.

Is this research true in other mucosal surfaces and their residing microflora?

Absolutely, yes. Our entire mucosal immune system has evolved to be maximally effective when receiving signals from the normal microbiome.

The role of gut microflora in mucosal immunity was last modified: February 16th, 2022 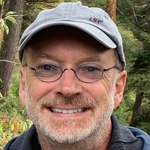 Gary B Huffnagle, PhD is a Professor of Internal Medicine, Microbiology & Immunology, and Molecular Cellular & Developmental Biology at the University of Michigan. He also holds the Nina and Jerry D Luptak Professorship. Dr Huffnagle received his PhD in immunology from the University of Texas Southwestern Medical School and was elected to the American Academy of Microbiology of the American Society for Microbiology in 2013. Dr Huffnagle has been a frequent reviewer for the National Institutes of Health, including standing membership for multiple study sections, and has presented over 150 invited national and international lectures and talks.

Dr Huffnagle’s research interests for the past three decades include the interaction between (1) opportunistic fungal pathogens, (2) the microbiome and (3) the immune system during inflammatory and allergic diseases of the lungs, gastrointestinal tract and multi-organ systems (anaphylaxis). An emerging focus of his laboratory is the role of the gut microbiome in the development and manifestation of food allergies.

Dr Huffnagle and his lab study the lung and gut microbiome and its role in the manifestation of respiratory and food allergies. 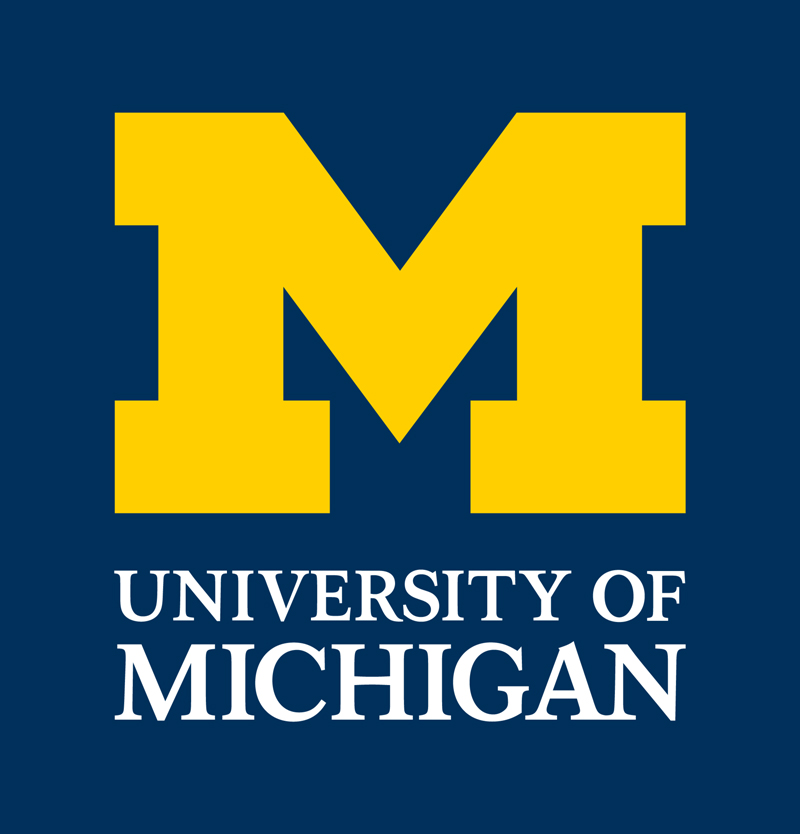