Health & Medicine
Muscular dystrophy (MD) is a family of genetic diseases which cause muscular weakness. Their severity varies but all are progressive and many are ultimately terminal. Until now, therapy options have been purely palliative, treating only the symptoms of MD. Dr Ahlke Heydemann of the University of Illinois at Chicago is developing new and more effective treatments. Her current work focuses on a drug – FTY720 – which has shown great potential in animal models and is already licensed for use in the treatment of other human diseases.

Affecting just over one in a thousand people, muscular dystrophy (MD) is the most widespread lethal genetic disease of humans. Causing muscle weakness and wasting, sufferers become increasingly disabled as the disease progresses. If the heart or respiratory system is affected, the condition may be terminal. There are about 60 different forms of muscular dystrophy, ranging from the most common Duchenne MD, which often causes death by the age of thirty, to rarer, more slowly-progressing or later-onset forms.

All types of MD are caused by mutations in genes implicated in muscle structure and function. For instance, Duchenne MD is caused by a mutation in the gene encoding the protein dystrophin, which helps hold muscle cells together, giving them strength. Errors in such genes result in muscle weakness, damage and inflammation, although the severity and speed of disease progression can vary considerably between different mutations.

Dystrophin is actually part of a complex of molecules situated in the membrane encircling muscle cells. Other members of the complex include proteins called sarcoglycans, and mutations in sarcoglycan genes cause another type of MD, limb-girdle MD, which begins in the muscles of the shoulder and pelvis.

Dying for a treatment
One thing all forms of MD have in common is a lack of effective treatment. Current therapies, often reliant upon steroids, can lessen the symptoms but are unable to slow disease progression. They also come with many unwanted side effects. Dr Heydemann is one of a number of researchers looking at new methods of treating the causes of MD.

One promising avenue lies in reinforcing the muscle cell membrane in the absence of dystrophin or one of the sarcoglycans. “If we can restore as little as twenty percent of the function of dystrophin, for instance, others have seen real functional benefits for patients,” says Dr Heydemann.

Her current work focuses on a drug called FTY720 or ‘fingolimod’, already licensed for treatment of chronic inflammation in the debilitating autoimmune disease, multiple sclerosis (MS). Fingolimod – which is marketed under the trade name Gilenya – appears to interact with membrane-bound receptors called the sphingosine-1-phosphate receptors, which are involved in many crucial biological processes, including immune responses. Fingolimod binds to the receptors by mimicking its substrate, sphingosine-1-phosphate. In doing so, it triggers a reduction in the permeability of the cell membrane and strengthens it against damage.

Dr Heydemann is testing fingolimod in genetically engineered strains of laboratory mice bred to have and exhibit the symptoms of limb-girdle MD type 2C – a fully lethal disease in humans – and has already found significant effects upon disease progression in three different types of muscle: skeletal muscle, which controls limb movements; heart muscle; and the diaphragm, which facilitates breathing.

A multi-functional molecule
Dr Heydemann has documented that fingolimod has at least three separate mechanisms of action against MD. Firstly, it initiates molecular changes which support the membrane surrounding muscle cells. This strengthens the muscles. Secondly, as in MS, fingolimod reduces the chronic inflammation caused by infiltration of the body’s own immune response. Thirdly, it prevents fibrosis, a build-up of inflexible connective tissue which impedes muscle function by preventing the tissue from contracting. Crucially, fibrosis also hinders muscle relaxation, which is vital for the correct functioning of muscles, including the heart and diaphragm. Fibrosis also hinders damaged muscle tissue from regenerating, and impedes the delivery of treatments to affected muscles.

Dr Heydemann’s mouse studies have shown that just a three-week treatment with fingolimod dramatically inhibits fibrosis in all three muscle types studied. Ultimately, these changes produce measurable and potentially life-changing improvements in the function of the heart and diaphragm. However, treatment must be initiated early: it does not yet appear possible to reverse the changes caused by MD, but only to prevent progression from occurring.

Fingolimod is a promising new option for MD treatment: it has few side effects and, being already approved in many countries for MS treatment, it should be possible to move quickly to the stage of clinical trials. Furthermore, the mechanisms by which it fights MD are entirely separate from that of the steroid drugs usually used to treat the disease’s symptoms. This means that the two therapies can be used together in a coordinated approach to produce highly beneficial outcomes for patients. In fact, as Dr Heydemann puts it: “The real advantage of the long list of therapies that are now being developed for MD is that patient-specific co-therapies can be formulated.” These target multiple points in the disease progression and limit side effects by minimising the dosage of any one treatment.

More questions than answers
Dr Heydemann’s work into fingolimod continues: so far it has raised almost more questions than it has answered! She now aims to fine-tune the dosage and treatment regime to maximise benefits in her MD mice, as well as investigating any other potential benefits it might have beyond reducing fibrosis and strengthening the muscle membrane. Crucially, she intends to investigate exactly how fingolimod works, including the highly complex cascade of cellular and molecular signals that are brought to play downstream of the sphingosine-1-phosphate receptors.

Intriguingly, initial studies have shown that fingolimod can cause cells to increase production of certain sarcoglycans, suggesting it may be able to re-establish parts of the dystrophin complex. She is also investigating how fingolimod interacts with existing steroid treatments to produce further improvements in patient health. And she is studying a new ‘super-healing’ strain of mouse in which MD symptoms, particularly fibrosis, are diminished.

MD research is an exciting field to work in, with so many potential treatments coming to light that it is difficult to attract enough patients to take part in clinical trials for all of them. As Dr Heydemann herself concludes: “There are many good reasons … to be very optimistic regarding the imminently available therapies for muscular dystrophy.”

How did you get involved in muscular dystrophy research?
<>After my very basic science PhD, I was determined to work on something more clinically applicable. I had met Dr McNally years earlier and found her work highly intriguing and I could easily see how her lab’s work would benefit patients. After discussing a few potential projects, we agreed upon my doing a post-doc in her lab. The passion to help the patients quickly became instilled in me.

What is fibrosis and what is its significance in muscular dystrophy?
<>Fibrosis is an internal scar. The scar behaves differently in different tissues and organs. In muscle, the key detrimental facts regarding scars are that: scars do not contract; scars impede natural healing; scars do not let therapies through to the diseased cells; and in cardiac muscles scars do not propagate the contraction impulse. In healthy damaged muscles, scars remodel, break down, and the muscle heals itself. Muscles in a muscular dystrophy patient lose this ability to remodel and heal themselves.

Why would a drug used to treat multiple sclerosis also be beneficial in the treatment of muscular dystrophy?
<>After the initial muscle damage caused by muscular dystrophy, the immune system enters the muscles to clean up the dead tissue debris. After repeated cycles of cleaning up debris the immune system actually creates more muscle damage. This chronic inflammation is pathogenic. In multiple sclerosis FTY720 helps the patients by keeping the immune cells away from the damaged tissues. We initially tested if FTY720 would do the same – reduce chronic inflammation – for the MD mice. We found that FTY720 did this and, thankfully, so much more.

How important are animal models in your research?
<>Animal models, in particular the mouse model, are critically important for the MD research community. The tremendous advances we are currently making are only possible because of the mouse models of the diseases.

What do your results mean for sufferers of muscular dystrophy?
<>FTY720 will require additional preclinical testing. We still have to establish the optimum dose and delivery timings for mice and then extrapolate that to the patients. Luckily, we can utilise the known safe dose from the multiple sclerosis patients to inform our decision. I feel once these last hurdles are surpassed a large number of young muscular dystrophy patients can begin to have healthier longer lives. 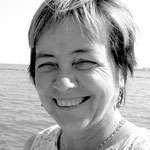 Dr Heydemann’s research focuses on identifying new and more effective treatments for Muscular Dystrophy. In particular, she and her research team have identified an immune inhibitor that significantly decreases pathology in mouse models of Muscular Dystrophy.

One thought on “New hope for muscular dystrophy treatment”