Health & Medicine
Dr Bruce Zetter is the Charles Nowiszewski Professor of Cancer Biology at Harvard Medical School. He is known internationally as an expert on cancer biology, diagnosis and treatment. He currently works to find treatments for highly aggressive, metastatic cancers and also serves as an advocate for young scientists and for improved relationships between academia and industry.

Dr Bruce Zetter started out over forty years ago as a graduate student in microbiology, but technological advances in studying cancer cells, along with increased funding for cancer research, encouraged him to switch disciplines and turn to the study of this deadly disease. Then at the Massachusetts Institute of Technology in Cambridge, MA, the lab he was working in was just getting started in investigating cancer, so he made the switch from studying bacterial cells to cancer cells, and has been driving this research forward ever since.

Declaring war on cancer
Cancer is the name for a group of diseases which involve abnormal cell growth and proliferation. Fortunately, many tumours are benign and are unable to spread to other parts of the body. However, through a process called metastasis, cancerous tumours have the potential to invade other tissues and organs. The majority of deaths from cancer are due to this process rather than the primary cancer, so it is clear that targeting this feature of tumours is important in managing cancer-related mortality. Dr Zetter’s work has focused on precisely this feature of cancers, identifying a variety of proteins which are implicated in tumour progression and metastatic potential. This has resulted in the development of tests for biomarkers that are useful in cancer diagnosis, prognosis, recurrence monitoring and in determining responsiveness to particular therapeutic agents. More recently, his work has turned to finding treatments for the most aggressive, metastatic forms of cancer.

Drugs and delivery
Drug resistance in cancers is another major problem that Dr Zetter and his colleagues have turned their attention to in recent years. Many frontline treatments have had their efficacy diminished by the rapid development of drug resistance, so the team is identifying biomarkers (proteins expressed on the cell surface) that can help screen patients for resistance and even be used as targeting tools to direct other drugs towards resistant cells.

In searching for these effective drugs, Dr Zetter has identified that some drugs are particularly effective on the most aggressive cancers, but less so on milder versions of the disease. Several of these selective drugs have been previously approved as anti-parasitic, suggesting some commonality between the treatment of parasites and metastatic tumour cells. Poor solubility of some compounds means not all are suitable for administration in cancer treatment though. However, Dr Zetter has worked with medicinal chemists such as Dr Lijun Sun to devise new versions which can be given to patients with very advanced cancers and few treatment options.

Science – both academic and otherwise – remains a career that will continue to enthral, engage and financially support the coming generations of scientists

This attitude of collaboration to bring effective products to patients is a feature of Dr Zetter’s career to date. Successful partnerships have been forged with bioengineers to develop novel delivery mechanisms for innovative cancer treatments. Nanoparticles capable of delivering a payload of RNA molecules, which would usually be degraded by the body long before reaching the target tumour, are helping the team to treat tumours in animal models which were impossible just a few years ago.

These RNA molecules are used either as gene silencers to turn off cancer-causing and -promoting genes, or to replace tumour-suppressing functionality lost during the evolution of the tumour. The team’s latest work has successfully delivered the tumour-supressing gene PTEN (Phosphatase and tensin homolog, a protein which inhibits the pathway controlling many aspects of cell growth and proliferation) to an active tumour site via intravenous injection. Expressing this gene in the tumour represses tumour growth, allowing the animal to survive much longer. It has the potential to be coupled with gene silencing techniques to further improve efficacy.

Mentoring the young
This work has made Dr Zetter internationally recognised as a leading expert on cancer research and drug development, but laboratory-based investigations are just a part of his role as a scientific authority in this area. Over the course of his career, Dr Zetter has found the time to write grants, patents and opinion pieces; teach and direct university courses; advise legislators and act as an expert witness in court cases; and run all the research at a large institution in the shape of Boston Children’s Hospital.

Putting his knowledge and experience to good use now means that Dr Zetter is engaged in a mentoring role for young investigators. “We are in a challenging time for academic medicine. Funding is, for now, harder to come by, papers seem to be harder to get published, and respect for science among the public appears to be eroding,” as he puts it, adding that this is potentially leading to a deficit of academics to train the next generation of scientists.

His approach to combatting this is to meet with young scientists, individually or in groups, to share his belief that “talk of the sky falling is exaggerated and science – both academic and otherwise – remains a career that will continue to enthral, engage and financially support the coming generations of scientists.” After many years of experience, he sums it up simply: “I personally couldn’t envision a better career choice.”

Starting up and spinning out
It is not just young scientists who need this kind of clear and positive thinking. Starting a new biotech company is a complex and risky endeavour, a fact which Dr Zetter knows only too well from his early experiences with entrepreneurial colleagues and newly formed companies. A steady and experienced hand to guide them around the pitfalls is almost essential for anyone starting out.

Over the years Dr Zetter has become one such influence and he now assists others to find their feet. In the process, he has become passionate about ensuring that research in academic environments eventually finds its way to patients in the form of effective treatments. This process often involves small biotech companies, so Dr Zetter educates academic investigators on how they can make their work more attractive to companies, helps them find commercial partners and works with the companies to ensure the partnership stays on track. Over the years he has counselled dozens of young entrepreneurs while also serving as an advisor to more than 40 biotech companies. He particularly likes to help young companies avoid the pitfalls that commonly occur in the first few years of their existence.

Making research relevant
This isn’t just about making sure research is profitable: “This is all about ensuring that potential disease cures don’t languish on the lab bench top but get sent out the door to a company that knows how to develop them and eventually reach patients in the clinic.” Dr Zetter finds this aspect of his role immensely satisfying, and believes that it has benefitted patients just as much as the research that has taken place in his own lab.

There remain significant challenges in developing treatments for cancer, but with the progress that has been made in recent years Dr Zetter strikes a positive note. As these new therapies and combinations of therapies come out of the lab, perhaps the biggest challenge is how to ensure they reach patients. From progression through clinical trials to ensuring that physicians have up-to-date information on which treatments are most effective for specific cancers and stages, there is a key role for good communicators and facilitators. Dr Zetter has proved to be one such breed of scientist, able to push forward ground-breaking research while simultaneously helping others to realise their full potential.

Why is targeting tumour metastasis so important?
<>Quite simply, of the patients who die of cancer, 90% succumb to the consequences of their metastases, not from their primary tumour. The biggest challenge in cancer treatment is to find a way to extend the lives of patients with widespread metastases.

What is your lab currently focussing on?
<>We are very interested in trying to find treatments to late-stage metastatic cancers, particularly from the types of cancers that are hardest to treat. By the time a cancer reaches this late stage, it may be very different from the initial cancer, so we have tried to find new therapies that selectively target these highly aggressive late-stage cancers. Once we find them, the next problem is to find ways to deliver these therapies preferentially to the tumour, wherever it may be. This is why we are collaborating with bioengineers such as Drs Omid Farkhzad and Jinjun Shi to devise nanoscale delivery systems that can bring our new drugs directly to the metastatic sites. We are currently working on ways to simultaneously block cancer-promoting genes, while restoring tumour suppressor genes to the same cells at the tumour site.

What is the most important aspect of developing a scientific career?
<>I don’t think this has ever changed. The key to a successful scientific career is to focus first on your science. It sounds simple, but today’s scientists have so many competing obligations (funding, teaching, service to their institutions, family, etc.), that they sometimes need to be reminded to keep the science first and everything else will follow. The reason we all chose this career was because we love science. We should never lose sight of that.

What would be your advice to someone considering starting a biotech company?
<>

How do you see the future of cancer treatment developing in five to ten years?
<>Over a long career in cancer research, I have seen countless trends, and no doubt will see many more. I’ve learned to let them play out over time before getting too excited. Yet there is clearly accelerated progress right now – greater than any time I can remember. We have moved now to combining many different kinds of cancer treatment for the same patient – sometimes all at once and sometimes one after another. With combinations of approaches, we sometimes see much stronger responses, but sometimes we see much stronger toxicity. Today, we combine these approaches in an almost random way. To me, the key to the future of cancer treatment is to find ways to predict which combinations will work on each patient. Let’s call it “rational combination therapy”. It will require some new ideas and some very serious computing power but I think it is the key to our greater success in treating challenging cancers over the next decade. 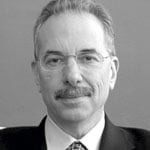 Dr Bruce Zetter is the Charles Nowiszewski Professor of Cancer Biology at Harvard Medical School. He is known internationally as an expert on cancer biology, diagnosis and treatment. He currently works to find treatments for highly aggressive, metastatic cancers. He also serves as an advocate for young scientists and for improved academic-industry relationships.

Dr Zetter has dedicated his research career to finding the means by which tumours spread to distant sites, looking to uncover methods to predict this occurrence and treat the metastases once they arise.

Zetter, B., 2018, "A career in cancer", Research OUTREACH (103). Available at: https://researchoutreach.org/articles/a-career-in-cancer (Accessed YYYY/MM/DD)