The changing shapes of liquid droplets on charged solid surfaces have been widely studied for decades – but only recently have physicists begun to explore how this ‘electrowetting’ behaviour can be enhanced through the use of salts in their liquid states. In their research, Professor Weizong Wang and Mr Jinrui Zhang at Beihang University, Beijing, China, have exploited this effect and have now built on previous research in order to study a new micro-valve, which can control and accelerate the flow of microscopic droplets of ionic liquids. The duo hope that their approach could soon be used in small-scale thrusters, which can reliably operate in the harsh environment of outer space.

When droplets of liquid make contact with flat, solid surfaces, they will spread out to varying degrees, depending on the strength of the intermolecular interactions between them. This property is known as ‘wetting’: if a surface has a very high wettability, droplets will flatten out to make as much contact with it as possible. Conversely, in the opposite case, liquids will make very little contact, and their droplets will largely retain their spherical shapes.

This property can be controlled by altering a variety of physical factors, including the viscosity and density of the liquid, and the hydrophobicity of the surface. In the 1980s, physicists discovered that this control could be greatly enhanced, by introducing a setup containing a flat electrode substrate and an electrically conducting liquid, separated from each other by a thin insulating layer.

Through the technique of ‘electrowetting’, an electric field is applied between the droplet and substrate, causing an excess of opposing charges to build up in each system. The attraction between these charges will then pull the droplet down to enhance its contact with the substrate, inducing a higher wettability. Conversely, when the field is removed, the droplet reverts back to a more spherical shape.

Today, electrowetting is enabling researchers to carefully manipulate the shapes and motions of microscopic amounts of liquid. This unique property can now be exploited in a wide array of applications: from ‘lab-on-a-chip’ devices, to micro-lenses with adjustable focusing. Yet according to Mr Jinrui Zhang and Professor Weizong Wang at Beihang University, these capabilities could soon be extended further still.

Advantages of ionic liquids
Initially, the liquids typically used in electrowetting experiments were aqueous electrolytes in which a solid compound, usually a type of salt, is dissolved in water. As this happens, the solid’s constituent atoms and molecules separate into positive and negative ions, allowing the new liquid to convey electrical currents.

Scientific researchers have been working to develop a valve to control the flow of microscopic ionic liquid droplets.

In 2005, researchers began to consider the potential for ‘ionic liquids’. These more advanced liquids are salts which aren’t dissolved in water, but rather exist in liquid states themselves at room temperature. As Zhang explains, they offer a host of advantages over aqueous electrolytes. ‘Ionic liquids have a high thermal stability, negligible vapour pressure, and high electrical conductivity’, he says. ‘They have therefore attracted extensive research interests in the fields of wetting and electrowetting.’

These properties enabled electrowetting to be carried out reliably over far longer periods, and in far less stringent experimental conditions. In addition, they enabled excess charges to build up and discharge far more readily when electric fields are applied and removed. Yet despite these advantages, several aspects of electrowetting with ionic liquids made it strangely less convenient than previous approaches.

Not only was this new approach roughly an order of magnitude less efficient than experiments involving aqueous electrolytes; the ionic liquid droplets also displayed different degrees of wetting when the electric field was applied in different directions. At the time, researchers theorised that these peculiarities arose from an asymmetry in the positive and negative ions present in the liquid, as well as the presence of water and other impurities within commercially available materials.

Introducing a new micro-valve
Having identified these issues, researchers have now greatly improved on the electrowetting capabilities of ionic liquids since their initial study. Building on these advances, scientific researchers have been working to develop a valve to control the flow of microscopic ionic liquid droplets. Wang’s team have studied a device that consists of a silicon wafer, coated with an insulating polymer layer and etched with many tiny holes to allow the liquid to permeate through.

With the help of advanced simulations, Wang’s team has now studied this behaviour with extreme precision. ‘We have used molecular dynamics simulations to study the electrowetting characteristics of the novel micro-valve’, Zhang describes. ‘Importantly and interestingly, we found that the electric field played two more important roles in the enhanced permeation of the ionic liquid nanodroplet.’

Firstly, they observed a change to the shapes of the charged droplets passing through the holes, as they sought to enhance contact with the oppositely-charged silicon. This essentially shrunk the ‘waistlines’ of the droplets, allowing them to pass through the holes more easily.

Secondly, Wang’s team observed that the electric field provides a driving force for the droplets. This was enhanced by the different evaporation rates of positive and negative ions within the droplets – breaking their neutral charge, and thereby enhancing the force imparted on them as they pass through the holes.

Providing thrust
Altogether, whereas conventional valves are bulky and require power to operate, this approach offers a passive, highly compact method for controlling the flow of ionic liquids on microscopic scales. Yet the success of this new technique has been far more than a simple proof of concept.

As a component of the electrospray system, the duo’s micro-valve controls the supplement of the ionic liquid, which could further simplify the structure of the electrospray thruster. Perhaps most intriguingly, the small amounts of thrust provided by their device could have particularly promising uses in certain types of space mission.

Zhang and Wang hope that the system will be ideally suited to providing small-scale thrust in the harsh environment of space.

Once the thruster has been deployed in its desired position, a voltage can be applied – generating an intense electric field between liquid and silicon wafer, so that electrospraying can begin. The advantages of this approach don’t end there: since the ionic liquids used in the micro-valve exert virtually no pressure on the walls of their containers, and remain stable even when experiencing extreme variations in temperature, Wang’s team hope that the system will be ideally suited to providing small-scale thrust in the harsh environment of space.

Propelling small satellites
In their latest study, Wang’s team have explored the potential uses of their micro-valve in CubeSats: cube-shaped satellites measuring just 10cm across, and weighing little more than 1kg. Constructed using low-cost and commercially available components, CubeSats can be easily launched as secondary payloads, aboard rockets sent to the International Space Station. As a result, they are now making space-based experiments far more accessible – offering groundbreaking opportunities for research institutions around the world.

For now, CubeSats don’t come with their own means of propulsion, and can only follow pre-determined orbital paths. To carry out more complex manoeuvres, the satellites would only need to generate tiny thrusts – and would need to carry their own tiny amount of fuel. Wang’s team now hope that, with their long lifetimes, and high stability and performance, this electrowetting-based thrusting technique could be ideally suited for this. If achieved, a valve such as this could soon enable the exciting applications of CubeSat systems to extend even further.

Since the initial discovery of electrowetting with ionic liquids, what advances were made which allowed the micro-valve to become a possibility?

This is still attributed to the advantages of ionic liquid, namely the negligible vapour pressure, and the progress of micro-electromechanical systems which made the silicon wafer etched with holes become possible. In addition, the needs of the electrospray thruster are the main motivation.

A novel micro-valve for use in reliable small-scale thrusters was last modified: April 28th, 2022 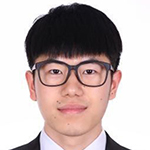 Mr Jinrui Zhang is a Masters student in the School of Astronautics and a member of the Advanced Space Propulsion and Energy Laboratory at Beihang University. His research interest focuses on molecular dynamics simulation and the experimental investigation of ionic liquid electrospray thrusters. 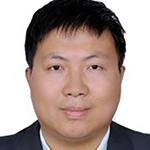 Professor Weizong Wang is a professor in the School of Astronautics and Director of the Advanced Space Propulsion and Energy Laboratory at Beihang University. His laboratory focuses on the underlying mechanism and application of electric propulsion thrusters and the energy transition assisted by plasma.