Arts & Humanities
Prof Hugo Tschirky is an academic at the Swiss Federal Institute of Technology and specialises in how companies innovate and embrace technology. In 2004, he initiated and co-authored a book called “Bringing technology and innovation into the boardroom” but many of the findings in this book have still yet to be fully embraced by executive boards. Worryingly, a critical gap between theory and execution has opened up, so Prof Tschirky decided to look into the challenge still facing businesses in how they use technology.

In the interests of simplicity, it might be best to start with an irrefutable and obvious fact:

Technology has changed everything.

This isn’t just a fact true for the generations that remember a time before the internet, but points towards the rapid developments seen in the past 20 years, with entire generations now born into this era of super-connectivity. As a society we’ve moved past the novel idea of there being a computer in every other home to nearly the entire population having a super-fast smartphone in their pocket, packed with immense functionality. A world of possibilities, just a few taps away, has fundamentally changed how we interact with technology on both a cultural and economic level. Companies have of course realised the endless opportunities effective technology adoption can afford, thus revolutionising the world of commerce. Entire markets have been created, corporate monoliths have boomed, and some traditional sectors are simply no more.

To put this further into perspective, in the fight against coronavirus, the British government is trialling a new smartphone app designed to record citizens’ symptoms, track their progress and alert anyone if they come into close proximity with an infected patient. For such technology to work it relies upon widespread access to, and knowledge of, smartphone technology and its functionality. Such a notion wouldn’t have been a workable theory a decade ago, which shows how far technological development has come in that time (as well as how unprecedented the ongoing Covid-19 pandemic is).

Taking all of this into account, many would assume that technology – and its adoption – would be second nature to corporate boardrooms by now. Unfortunately, this assertion is wrong; in fact, a critical gap has emerged between management theory and technological reality.

Bringing technology into the boardroom
In 2004, Prof Hugo Tschirky, academic at the Swiss Federal Institute of Technology (ETH), initiated and co-authored a book entitled “Bringing technology and innovation into the boardroom” about this very subject. Back then, Tschirky wrote about the significance of establishing technological competencies at a top management level. It’s apparent that this has become nothing if more crucial in the modern way of doing business. Specifically, he wrote about how technology is effectively an ordinary unit of general management, constituting specific knowledge, abilities, methods, and equipment. At the time, companies may not have realised it, but technology had become of fundamental importance.

You can lead a management team to water, but you cannot make them drink.

When we look at companies today, the reality of this is even clearer. Could a luddite thrive on the board of Amazon? Would someone be able to run Uber despite not ever having owned a smartphone? And, on the flipside, do we think the same traditional mindsets are enough to keep high street retailers going?

The answers to these (admittedly hyperbolic) hypothesis are clear. And, if anything, the continued accelerated rate of technological development has further emphasised the need for a thorough understanding of technology.

Corporate history is unfortunately littered with examples of management boards making fundamental mistakes when it comes to the adoption of technology. Worryingly, a comparison of common textbooks on enterprise management (and the problems encountered to cope with technological disruption) still reveal a critical gap between theory and reality. To show the extent of this, you only have to look at how many companies go out of business by losing market share to their online/more tech-savvy peers.

Does innovation equal competitiveness?
Closing this gap is an extraordinary challenge. From an academic perspective, it means identifying all company-relevant knowledge from all Technology, Technology Management and Technology and Innovation Management. Some of this stems from the days that the USA had to revolutionise in the 1980s to compete with Japan, which had long enjoyed strong ties between corporate innovation and technological advancement.

One popular discipline, which has become increasingly championed by politicians, is technology and innovation management (TIM) competence which draws direct correlations between innovation and a company’s competitiveness in its current environment.

Swap companies with countries and it’s easy to see why politicians like this way of approaching innovation. This is the thinking behind such large-scale initiatives as the €69 billion EU Framework Programmes. Unfortunately, solutions like this don’t help with the core of the problem.

When Technology & Innovation Management is weak, no competitiveness-relevant results can be expected from large-scale EU initiatives.

In other words, when aiming at promoting competitiveness, “it’s the final mile that counts”. Large-scale funding like these initiatives can support research and technological development within businesses through the sheer force of monetary support; however, Tschirky argues that the real innovation (and therefore competitiveness) is created in the final mile of boardroom-guided companies. What happens between management decisions (essentially, how they choose to use – or at least respond to – technological development) can then impact customer decisions and vice versa. Essentially, you can lead a management team to water, but you cannot make them drink.

This naturally poses more barriers. Instead of being an issue that the state or large-scale initiatives can throw their weight against, it comes down to the decision makers in management, their knowledge of technology and how they move forward from there. In particular, this implies that a thorough technological competence in the upper level of management is needed, represented by senior executives and the board of directors.

To combat the gap between theory and reality, Tschirky builds upon the concept of ‘Integrated Management’ put forward by Hans Ulrich (1984) and Knut Bleicher (1991). The researchers state that general management is characterised by three management levels: normative, strategic and operational. On this basis, Tschirky proposes his theory of ‘Integrated Technology and Innovation Management’, representing a first limited version of enterprise science with a closed technology gap in general management. By introducing significant technology and innovation management elements into this structure of ‘Integrated Management’, companies can fully embrace technology within their company vision, overall structure, policies and company culture (hence the ‘integrated’ part). Thinking about technology as a separate entity isn’t enough, but by fully embracing this notion into several areas of a business then management will be in a better place to engage with it and use it in forward planning.

Looking forward, companies could benefit from reviewing how they include technology in their strategy as well as their wider policies, structure and culture. For organisations looking to close the gap between management theory and technological reality, Tschirky again suggests two main steps: first, clearly recognise and organise the role of Management of Technology (MOT) to include identification of tech options, potential implementation strategies and where obsolete solutions can be replaced. And second, companies must start to consider that technology issues are no longer just a consideration for tech-related managerial functions, but rather for all functions on all management levels of the entire company. Of course, with an issue as fast-evolving as technology (that has given us the internet of things and artificial intelligence in the past few years), who knows what new technology management strategies – and concepts – could be set to launch any day now.

In your opinion, how competitive are European companies nowadays compared with the US, Japan and China?

<> According to the latest European Innovation Scoreboard (EIS 2019) South Korea is the most innovative nation, followed by Canada, Australia, Japan and the EU. For the first time the EU is just ahead the United States. The EU is lagging behind the top-ranking innovation leader nations despite leading positions in industrial sectors such as pharmaceuticals, chemicals, aerospace, mechanical and electrical engineering. A main reason is given by the fact that private Research, Development and Innovation (RDI) investments are only 1.3% of EU GDP compared with 1.6% in China, 2% in the United States, 2.6% in Japan or 3.3% in South Korea! Moreover, in China, industrial investments in R&D are growing fast: +20% between 2017-2018, compared with only +8% in the EU and +9% in the USA.

Among the numerous initiatives to improve the EU’s competitiveness, the fundamental role of the companies representing the ‘final mile’ of the overall innovation process is not appropriately considered.

The EU is seriously threatened by China. The People’s Republic is catching up fast with a growth rate two times as high as the EU’s. This development is mainly backed by entrepreneurial activities. For example, the number of Unicorns (start-ups with a value of over $1 billion) is almost three times that of the EU. In this sense, Atkinson et al. argue that the longstanding opinion “China cannot innovate, they can only copy” is misleading.

The critical gap between management theory and technological reality: Why many businesses are still failing to innovate effectively was last modified: September 2nd, 2020 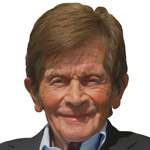 Hugo Tschirky received a PhD in Nuclear Engineering from the Swiss Federal Institute of Technology in Zürich, Switzerland, in 1968. He acquired a second PhD in Business Administration in 1978. Between 1968 and 1971 he worked as an engineer and researcher at Gulf General Atomic in San Diego, USA. He was CEO of Carl Zeiss Switzerland AG (opto-electronics) for several years, and CEO and President at Cerberus AG (electronics). Between 1982 and 2007 he taught Business Administration as a Full Professor at ETH Zurich, and in 1992 lectured as guest professor at the Tokyo Institute of Technology. Since 2003 he is teaching at ETH Zürich as well as at universities in Japan, Luxembourg and Slovenia.