Physical Sciences
Many electronic devices manufactured today are created using either photolithography or electron beam lithography—lengthy procedures that require multiple stages of chemical processing within an expensive clean room environment. But thanks to a team of researchers led by Marco Beleggia at the Technical University of Denmark that is set to change. By exploiting electron matter interactions, the researchers can trigger the nanoscale transformation of a frozen layer of volatile organic molecules into a solid product. Their research has huge practical implications for the manufacture of electronic devices.

Science and art are often viewed as two polar opposites sitting at either end of the academic spectrum. The commonalities between these areas of study are so few and far between that, on the rare occasions when their modern-day practitioners do intermingle, collaborations are usually described as ground breaking, visionary or, in the case of grant applications, risky. The problem with this view is that it is simply not true. Leonardo da Vinci, for example, was not only one of the greatest artists in history: he was also one of its greatest minds. As well as giving us The Mona Lisa and The Last Supper, da Vinci advanced our understanding of the world through experimentation, observation and design. He provided us with detailed accounts of everything that he did, using tools and techniques that are in common use amongst scientists in the 21st century.

Today, the crossover between science and art isn’t nearly so obvious; but it does still exist. For example, almost all electronic devices are currently manufactured with either photolithography or electron beam lithography, and lithography was first developed by an artist in the late 1700s. Science has introduced some changes to the process but the basic steps remain the same and, while lithography in the art world has remained practically unchanged since 1796, it continues to be an active area of research in scientific circles to this day. In the case of electronic devices, new and improved fabrication methods are required to further broaden the range of applications, and to make them more accessible. Anna Elsukova, Ding Zhao, and Marco Beleggia from the National Centre for Nano Fabrication and Characterization at the Technical University of Denmark (DTU Nanolab) have made electron beam lithography more straightforward to perform by developing a novel approach to the method. 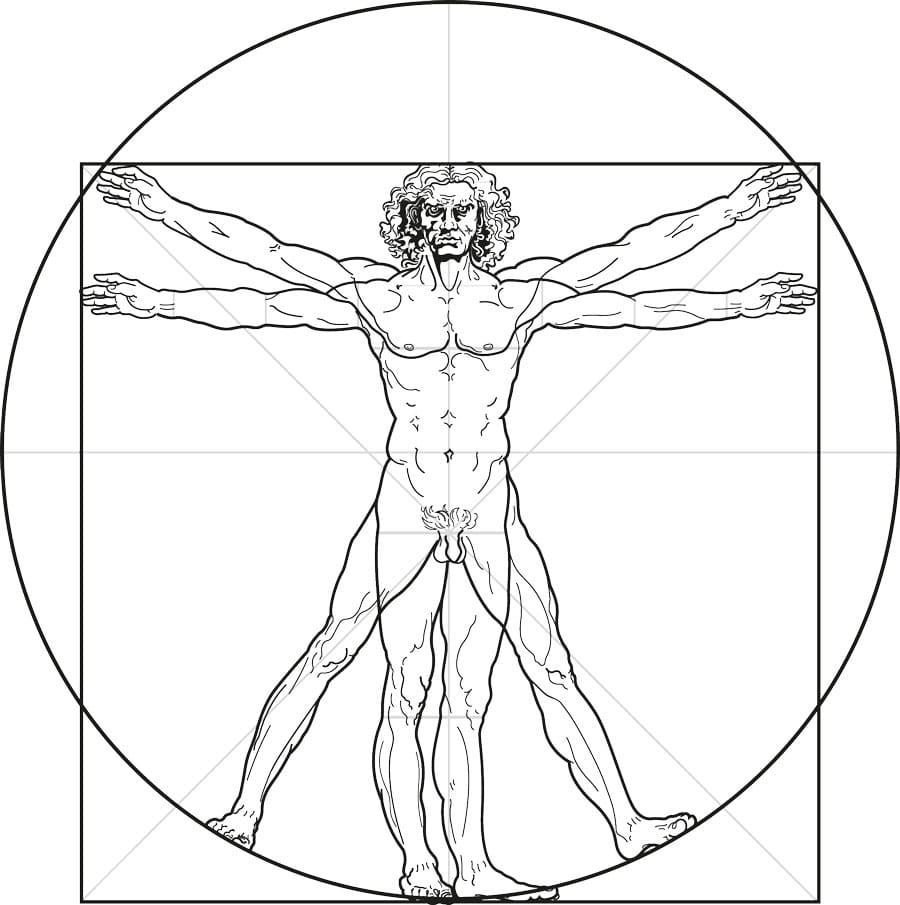 HOW IS ELECTRON BEAM LITHOGRAPHY PERFORMED AT PRESENT?
In the art world, lithography is similar to stencilling in that part of the canvas is obscured from the paint, or other medium, so that a patterned image is formed. But where stencilling uses card, or another solid material, lithography uses oils and other chemicals. Water based paints, for instance, won’t adhere to a canvas that has been pre-treated with oil—the oil acts to resist the canvas from absorbing the paint. And by exploiting this, artists can first ‘paint’ an image with oil, before washing over it with paint to reveal their finished piece.

While fabricating electronic devices is far more involved, the basic process is based on the same idea. In lithography, a so-called resist, performing the same function as the oil used in oil paint lithography, is used to create the desired shapes of electronic devices and circuits. Initially, the resist is layered onto the entire surface of a substrate material before being exposed to ionising radiation in specific regions. This step is analogous to an artist cutting a stencil out of card—or creating an image with an oil resist. The resist is chosen for the way that it reacts when exposed.

It shows great potential for the fabrication of complex 3D and functional nanodevices for a broad range of applications, and the only boundary left is our imagination.

EBL uses a focused beam of electrons to write (or draw) pattern features smaller than 10 nanometres, making this a nanofabrication technique. During exposure, two competing chemical reactions, known as chain scission and crosslinking, take place within the resist, with one or the other dominating. Chain scission causes the molecules making up the resist to fragment and break into pieces with a decreased molecular weight, while crosslinking causes them to join up to form molecules with an increased molecular weight. After exposure, the resist is immersed in a suitable chemical called a developer. Depending on which process dominated during exposure, either the exposed or the unexposed areas will dissolve in the development bath, thereby creating a layout for circuitry. If the exposed resist is removed by the developer, it is said to have a positive tone. In the opposite case, it has a negative tone. It is this nanofabrication technique that has enabled the production of ever smaller, more efficient electronic devices.

The DTU Nanolab team’s new approach significantly reduces the complexity of the method. Notably, the whole process can be carried out using a single instrument, without the need for a so-called cleanroom environment: a room relatively free of environmental contaminants. In addition, their approach, though slower than conventional EBL, is much faster than an alternative, known as Focused Electron Beam Induced Deposition.

ORGANIC ICE RESIST LITHOGRAPHY: A NEW APPROACH
3D structures can be produced using EBL, simply by repeating the whole process several times, layering each new section on top of the last, but this is extremely expensive and time consuming. The process relies on tools that aren’t found in any ordinary lab and each step requires a different piece of equipment. In addition, one of the most important factors in nanofabrication is the requirement of a cleanroom environment which very quickly increases the cost associated with producing devices.

In 2017, the DTU Nanolab researchers put forward an exciting new alternative method. They showed that simple organic molecules—such as hydrocarbons and alcohols—can be used to form thin films at low temperatures that behave like resists for EBL. They found that when frozen organic chemicals are exposed to focused electron beam, they react in an interesting way: they form solid, non-volatile products at the site of exposure. In effect, this is what happens during the multi-stage EBL process currently in use throughout industry—and the researchers quickly realised that their technique had huge potential. All the organic chemicals they had tried so far had reacted in the same way. Their novel approach, named organic ice resist lithography (OIRL) works by condensing an organic vapour onto a substrate which is held at cryogenic temperature. The condensed ice layer acts as a negative tone resist.

Once the electron beam patterning has been completed, the unexposed resist is removed by letting the substrate warm to room temperature, producing the same final product as traditional EBL methods.

OIRL has two clear benefits over traditional EBL approaches. Firstly, just one machine is needed for the entire process, eliminating the need for a cleanroom environment since there are not multiple stages of chemical processing. Secondly, depositing the resist in the form of a vapour achieves a much more even coverage on any kind of surface, just as using spray paint results in artwork without any brush strokes.

WHAT IS THE EFFECT OF RESIST MATERIAL PROPERTIES?
In further work, the team looked at how the molecular weight of the material used as the resist affects the size of the features in the final product. The feature size is simply how small the pattern details can be: on the scale of millimetres, micrometres, or nanometres. EBL can typically achieve feature sizes on the scale of a few nanometres—but this is affected by a whole host of different variables, including the properties of the resist used, the characteristics of the beam, the development process, and instrumental limitations. Since the OIRL process is much simpler, obtaining a correlation between the molecular weight of the resist material and feature size is more straightforward than for EBL.

As the researchers delve deeper into the underlying mechanics of the process, still more possible improvements may be achieved.

THE FUTURE OF ORGANIC ICE RESIST LITHOGRAPHY
“Conventional EBL has already reached its resolution limit, and the next direction of research is developing new breeds of resists. Our work aligns well with this trend,” says Beleggia. He and his team believe that OIRL can find a successful niche as a method for direct fabrication of materials with desired functional properties. They are particularly interested in venturing into the field of bioelectronics. “We hope to exploit the interaction between organic ice and focused electron beams to directly build functional devices from simple organic molecules—further reducing both time and cost of the lithography process. But first we need to understand what happens within the resist during exposure,” explains Elsukova.

“Currently, we are collaborating with the quantum sensing group in the University of Basel, to showcase the benefits of OIRL technique on 3D nanofabrication.” Zhao says.

Although the DTU Nanolab researchers are only just beginning to unravel the nature of the physical and chemical transformation of ice resists under electron beam, their OIRL technique has already proved successful. EBL can now be carried out in a much more efficient and cost-effective way. As the researchers delve deeper into the underlying mechanics of the process, still more possible improvements may be achieved.

As Zhao highlights, “Our method requires fewer processing steps and it is almost contamination-free. It shows great potential for the fabrication of complex 3D and functional nanodevices for a broad range of applications, and the only boundary left is our imagination.”

How do you foresee your organic ice resist lithography taking off in industry? What are the next steps to making that a reality?

<>We have established a collaboration with a world leading manufacturer of nanofabrication instrumentation: Raith GmbH. They are interested in developing the OIRL concept with us to evaluate the perspective of producing and marketing a dedicated instrument where the whole lithography process can be carried out in its entirety. Also, we are collaborating with the Quantum Sensing group at the University of Basel, to showcase the benefits of OIRL in quantum technologies. We are, however, still at the very early steps. We need to explore new organic compounds, characterise the chemical composition and properties (electrical, mechanical, etc.) of the patterns, improve the efficiency of the process until its performance is comparable with conventional EBL, and demonstrate a range of applications that are not easy or possible with other nanofabrication methods. Only then OIRL will become viable for industry and, potentially, for large scale implementation. 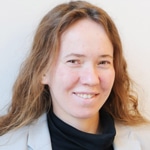 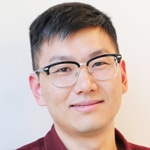 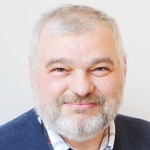 Ding Zhao received his PhD in 2016 from Zhejiang University, China. He joined the ice lithography team at DTU in 2017.

Marco Beleggia received his PhD in Condensed Matter Physics in 2001 from the University of Bologna, Italy. After working in the US and UK, he joined DTU in 2009 as an Associate Professor, where he leads the Electron Matter Interaction research group, that includes the ice lithography team.

As a national non-profit open access organisation, DTU Nanolab collaborates with world class research groups from all over Europe directly or through collaboration with research institutes. A comprehensive range of state-of the-art micro- and nanotechnology processing equipment provides the tools to pursue advanced research in material growth, micro- and nanostructuring and characterisation.