Polymer-based nanomaterials represent one of the most innovative and promising approaches in modern biomedical applications, including cancer and antibacterial therapy. They offer the ability to control the delivery of specific drugs within the human body. Their practical application, however, faces many challenges, for instance low tumour penetration in cancer or low drug internalisation in the case of antimicrobials. Professor Filippo Pierini, Dr Paweł Nakielski, and colleagues at the Institute of Fundamental Technological Research, Poland, are developing smart nanoplatforms with enhanced biocompatibility allowing drug delivery to be carefully controlled within the body over time using external stimuli, such as near-infrared light.

The development of efficient approaches for drug delivery is a pressing need in modern therapy and substantial efforts have been devoted to creating materials that couple biocompatibility with the targeted ability to release therapeutic drugs. The complexity of the activities occurring in living tissues complicates this task enormously, as biological processes often change dynamically over time. An ideal drug delivery agent should therefore be able to modify its activity over time to match the mutability in the functions of a tissue.

Several biomaterials (ie, substances created specifically to interact with biological systems for medical purposes) have been developed with the ability to release drugs over extended periods of time, but far less attention has been devoted to the optimisation of the drug release process itself. The creation of new “smart’’ biomaterials capable of dynamically controlling a drug’s concentration in body fluids at different stages of a therapeutic cycle can provide a powerful route toward enhancing the therapeutic effectiveness of existing drugs and reducing their side effects.

Biomaterials with the ability to release drugs in a controlled way are a pressing need in modern cancer therapy and wound healing.

On-demand drug delivery
Stimuli-responsive biomaterials for drug delivery are characterised by large and reversible physical or chemical changes in response to variations in external conditions. The work of Professor Filippo Pierini, Dr Paweł Nakielski, and colleagues at the Institute of Fundamental Technological Research, Poland, focus on a particularly promising example of this class of materials, namely light-responsive biomaterials. These materials constitute a breakthrough in biomedical treatments and are paving the way for a sophisticated means to control in real-time a set of physical properties (like stiffness, wettability, and the release of specific molecules), which can be fine-tuned to optimise their ability to carry out therapeutic functions.

One of the most widely studied groups of stimuli-responsive materials are hydrogels. Polymeric materials, hydrogels exhibit a network structure characterised by the repetition in space of linked molecular units (or ‘monomers’). They possess tuneable mechanical properties and are fully biocompatible. The structure of hydrogels enables them to absorb large amounts of water, giving them properties similar to living tissues, making them ideal carriers for drug delivery to specific areas of the body.

Poly(N-isopropylacrylamide), or PNIPAAm, is an important example of a hydrogel suitable for the creation of stimuli-responsive biomaterials. PNIPAAm undergoes structural changes in response to temperature variations. Above a characteristic temperature (known as low volume phase transition temperature, or VPTT), PNIPAAm undergoes a transition from a hydrophilic to a hydrophobic state and water is ejected from its structure as the polymer shrinks. This process is fully reversible: as the temperature decreases below the VPTT, PNIPAAm reabsorbs water, and it swells again.

Plasmonic hydrogels
The ability of PNIPAAm to reversibly change its physical properties is the key feature that makes this material attractive for the realisation of smart, light-controlled drug delivery systems. Professor Pierini and his team have pioneered the use of plasmonic nanoparticles incorporated in a PNIPAAm matrix as a simple and efficient means to achieve this goal. Plasmonic nanoparticles are nanoscale materials made of metallic atoms (including gold, silver, and platinum) whose electrons density oscillate in response to light of specific frequencies. They can be used to convert light in the near-infrared region of the spectrum into heat within the PNIPAAm support. In response to the local increase in temperature, PNIPAAm undergoes its characteristic hydrophilic-to-hydrophobic phase transition, and water, along with potential drugs dissolved in it or anchored on its surface, is released. The temperature increase is also cytotoxic for cancer cells and bacteria, and this effect acts synergistically with the biochemical action of the drug.

Electrospun nanofibres
Plasmonic hydrogels play a central role in creating new biomaterials for the controllable release of drugs in the body. The researchers have proposed and validated the design of plasmonic hydrogels-based nanoplatforms with a nature-inspired hierarchical structure. In addition to plasmonic hydrogels, electrospun nanofibre support is a crucial building block of these nanostructures. Electrospinning is a fibre production process that uses an electric field to drive the production of fibres with diameters of the order of hundreds of nanometres from a polymer solution or melt. Electrospun polymeric nanofibres are attractive materials for tissue engineering and drug-delivery systems. They have a high loading capacity, and can accommodate and deliver different drug molecules. Their role is crucial: they make it possible to modulate the drug release so that the release process can be extended to periods of the order of several weeks.

A biomimetic nanoplatform for drug delivery
The nanoplatform design proposed by Professor Pierini and his colleagues makes use of a nanofibrous support encapsulating a hydrogel containing gold nanorods. Its structure is surprisingly similar to natural stimuli-responsive materials found in some aquatic animals, like jellyfish and hydra. For instance, jellyfish bells comprise a tissue, known as mesoglea, which is composed of a hydrogel surrounded by a polymer nanofibre. The mesoglea has a highly hydrated fibrous structure and acts as a hydrostatic skeleton, changing its volume in response to stimuli, similar to the drug delivery nanocomposite created by Professor Pierini and Dr Nakielski.

This artificial jellyfish-inspired nanostructure exhibits outstanding biocompatibility along with the ability to deliver drugs in a fully controllable way by means of light activation. It has also been shown to avoid burst release phenomena, which results in a controlled and sustained release of drugs over long periods of time, with the additional advantage of providing synergic photothermal therapy for cancer or antibacterial treatment. The nanoplatform applicability has been demonstrated ex vivo by subjecting pig tissues to treatment.

In addition, the research team has developed a comprehensive mathematical model to explain the mechanism driving the on-demand drug delivery behaviour of the nanoplatform. This model makes it possible to estimate the amount of drug released at a given time and provides a detailed description of the drug desorption from the nanofibre surface and of its diffusion in water through the pores of the material. It also accounts for the changes in the kinetics of desorption and diffusion that occur upon light irradiation and of how the expulsion of water after the hydrogel hydrophilic-to-hydrophobic transition promotes drug release to the body.

The bioinspired smart drug delivery nanoplatform that you have developed is showing tremendous potential in the treatment of a variety of conditions. What are the remaining issues that need to be addressed before your approach could become suitable for clinical trials?

Further steps towards commercialisation will be to conduct preclinical efficacy and toxicology studies. The first study would provide information about the potential clinical outcome of the therapy, while the latter would inform about its safety to patients. Finding an industry partner to develop and fabricate the final formulation according to Good Manufacturing Practice is an additional essential step. 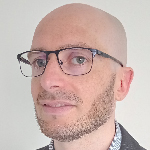 Filippo Pierini is a Professor and the head of the Pierini Research Group at IPPT PAN. He received his MSc with the highest grades and honours, and his PhD in Chemical Sciences at the University of Bologna. His research interests include biomaterials, drug delivery, light-matter interaction, and the development of functional fibrous nanomaterials. 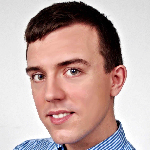 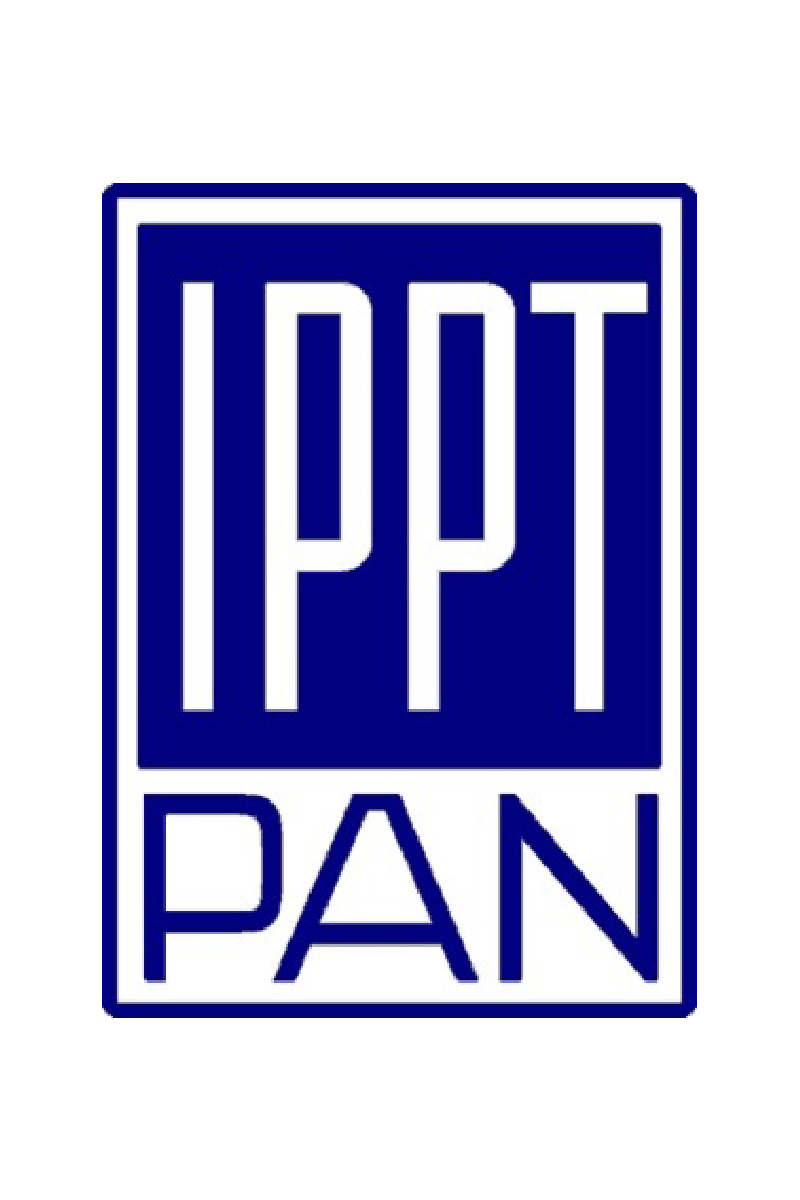