How do we come to know the past? Constructed Past Theory (CPT) claims that the past, as we understand it, is not what existed or happened but is the product of cognitive processes. By using concepts and methods from semiotics, archival science, and computer science, researchers are beginning to understand those processes. Dr Kenneth Thibodeau, a researcher with the InterPARES Trust, explains the value of CPT; for example, enabling the recognition of Cognitive Disparity between what things were or meant in the past and how they are represented in the Constructed Pasts which are created subsequently.

An expert in the management of digital information, Dr Kenneth Thibodeau is a researcher with the InterPARES Trust. He has previously served as the Director of the Center for Advanced Systems and Technology at the National Archives and as Senior Guest Scientist at the National Institute of Standards and Technology in the US. His current research focuses on Constructed Past Theory (CPT). In particular, he is using concepts from fields such as semiotics and graph theory to develop an abstract model of how we produce and interpret information about the past. This theory, he hopes, will help in identifying and thus avoiding Cognitive Disparity; that is, differences between what we assert about the past and what things were or meant in the past.

Constructed Past Theory explained
The past is gone. While things that happened or existed before may have left behind vestiges from which we can glean information, we can neither experience nor observe them directly or integrally. Interpreting such vestiges and determining what they signify is shaped by the purposes we have for learning about the past, the questions we pose, the methods we use to answer those questions and the perspective we impose on the process.

These insights form the basis of Constructed Past Theory (CPT), which characterises how humans gather and process information about things and events in the past. CPT is an epistemological theory that describes how we gain knowledge of the past. This theory claims that the past as we know it is constructed through cognitive processes in the human brain and also in social interactions and through mechanisms such as automated data analysis and artificial intelligence.

CPT utilises a variety of concepts and methods from semiotics, cognitive psychology, computer science, graph theory, and archival science to identify the elements and processes of constructing the past, enabling researchers to find better approaches to things in the past, and to lessen the likelihood of inappropriately interpreting them. Thibodeau uses Unified Modeling Language (UML) diagrams – a computer engineering standard for representing structures of a system – to provide a framework for how we construct the past. UML diagrams help illustrate how human agents are able to piece together information to construct a past.

Thibodeau’s research identifies three characterisations of how past information can be misunderstood:
Misunderstanding, Misapprehension, and Misconstruction.

The scope of CPT extends from personal reminiscence to disciplines like history and archaeology. It focuses on accessible expressions of knowledge about the past in objects such as writings, databases and even works of art. Thibodeau explains that humans may start from a Target Past that, like an architectural blueprint, represents an anticipated structure of information about the past. We then collect and interpret data to build out that structure as a Constructed Past, the final result.

The past does not exist
In his paper, The Construction of the Past: Towards a Theory for Knowing the Past, Thibodeau argues that the past does not exist independently of cognition. Neuroscience has established that reality and our perception of it are not the same, and psychology has shown that even personal memories can differ from what the past was really like. Similarly, he claims that the past is always constructed: realised through thinking, speaking, or writing about things in the past. The data that form the building blocks of such constructions may come from sensory data in the case of personal experiences, from vestiges that survive from the time and place of interest, or from the products of prior constructions of the same subject.

Accordingly, there are many ways to construct the past, such as through historical research, writing biographies, audits, courtroom debates, and more. These constructions do not have to happen after the event, either. Someone may keep a diary of what they are doing, minutes of a meeting may be typed in real-time, or photographs may be taken.

However it is produced, a Constructed Past is inevitably incomplete and biased in some way. Photographs capture only a particular, static section of a three-dimensional scene from a particular angle. Video footage can capture more but it cannot possibly capture the nuances of the unfolding present. There is simply too much information to deal with – and much of it must be edited out. Construction is also shaped by how we define the sphere of interest, the topics, places and time period addressed. It could range from a single event, to vast time periods, and can emphasise different people, things, relationships, and properties. Every record of the past is selective in some sense, leaving us with an incomplete and perhaps inaccurate conception of the past.

How to construct the past
There is no theory comparable to CPT and nothing to counter it. As such, Thibodeau begins his research by presenting an overview of the current state of CPT, and how it relates to other theories in this field. Even in historiography, the idea of a constructed past is not well-explored. CPT attempts to provide historians with the tools they need to understand how their narratives of history have been shaped by the information they have access to and the approach they apply. By extension, the remit of CPT extends beyond that of conventional historiography. It encompasses a variety of pragmatic areas where constructions of the past are relevant, including management reviews and audits, law enforcement, and disaster planning and recovery.

Thibodeau further breaks down past events into their component parts, including participants and observers. This helps to describe the process by which information is gradually formed into a Constructed Past.

Extending CPT
In his article, Discerning Meaning and Producing Information: Semiosis in Knowing the Past, Thibodeau expands CPT from the process of constructing the past to show how the theory can be applied to improve constructions. This uses concepts from semiotics: a theory from linguistics and philosophy which relates to how meaning is developed and interpreted.

Semiotics enables Thibodeau to confront a fundamental problem in constructing the past. The meaning of things in the past often differs from the meaning assumed or assigned in constructing a past. Addressing this problem starts with recognising when such differences occur and identifying how information about the past differs from information from the past. The latter is information that existed at the time being studied, while the former is produced during the construction process. CPT classifies cases where information about the past misrepresents the information from the past as Cognitive Disparity. Recognising and characterising instances of Cognitive Disparity, however, is only half of the solution. The other half is to eliminate them, while satisfying the present purpose for constructing a past.

It is important to understand that the past is not exactly as we perceive it. In fact, there can be a wide disparity between how things were and how we remember them. That’s because, according to CPT, humans are dependent on incomplete information and the biases of those who record past events. By explaining the methodology of CPT and extending it into the realm of semiotics, Thibodeau is helping to reduce this Cognitive Disparity between what things meant, in both a conceptual and pragmatic sense, in the past and the Constructed Past. Recognising the varieties of cognitive disparity improves our chances of providing legitimate and authentic interpretations of the past.

CPT and archaeology
CPT has already born fruit in other areas. For example, archaeologists and historians have used it as the basis of a schema for sharing data among independent research projects. Researchers at the University of Barcelona – including Esther Travé Allepuz, Sonia Medina Gordo, and Pablo del Fresno Bernal – have developed an ‘ontology-mediated’ method of historical data modelling which is indebted to CPT. Applied within the field of archaeology, the method works to ensure the ‘traceability’ of constructions, making full use of the archival possibilities afforded by digital software storage.

In their paper Towards an Ontology-Driven Information System for Archaeological Pottery Studies: The GREYWARE Experience, the research group in Barcelona undertake archaeological analyses of medieval and modern pottery, borrowing from the theoretical groundwork of CPT. Interpreting pottery through the lens of CPT enables the researchers to shed new light on how human communities have produced and distributed pottery, but also on how later interpretations of historical pottery are inevitably acts of construction. They have developed a piece of data cataloguing software called GREYWARE, which enables them to integrate a variety of perspectives on the past. Put simply, CPT has enabled the researchers to foreground the fact that archaeology is, in their words, a ‘past-constructing science’.

In this vein, Thibodeau’s current work aims to reformulate archival science on the basis of CPT to enable archivists to deal more effectively with the explosion and complexity of digital record keeping.

In your opinion, is there a means by which we can discern how close we are to appropriately representing the past?

Any valid representation of the past must address two, possibly conflicting, criteria. Optimally it should recognise differences between the way we think of things and what they were or what they meant to people in the past. But it must also satisfy the purpose for which information about the past is sought. Balancing these requirements can be complicated, including factoring recognised differences into the interpretation of data available from vestiges of the past and being open to the possibility that the data, in part or in whole, cannot satisfy the purpose for which information is sought.

The past that we know and the past that was: Exploring Constructed Past Theory was last modified: April 4th, 2022 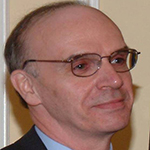 An internationally recognised expert in management of digital information, Dr Thibodeau has served as Director of the Center for Advanced Systems and Technology at the US National Archives. 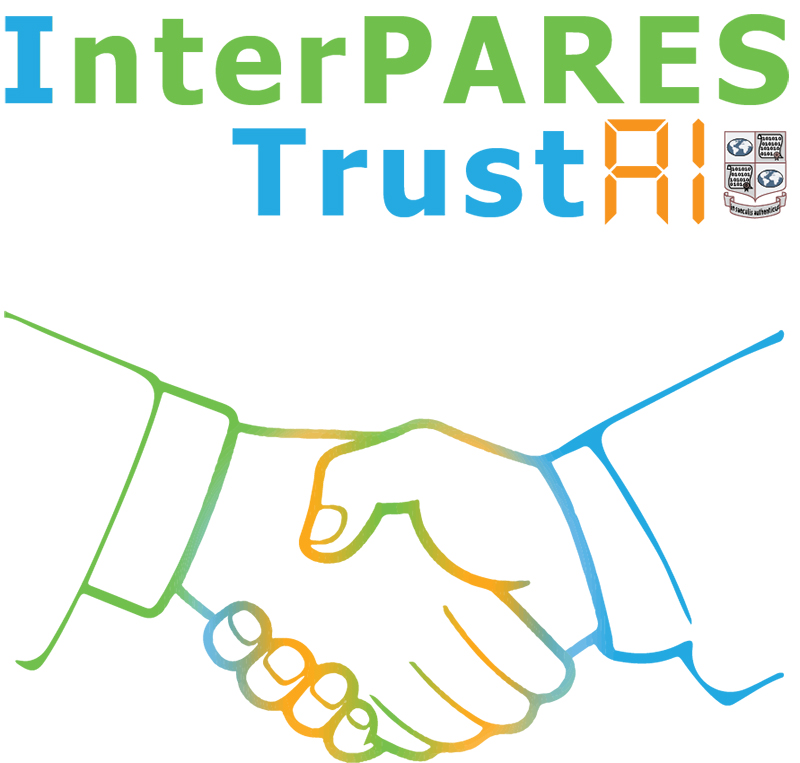 Thibodeau K. (2022). The past that we know and the past that was Exploring Constructed Past Theory. Research Outreach, 129. Available at: https://researchoutreach.org/articles/the-past-that-we-know-and-the-past-that-was-exploring-constructed-past-theory/ (Accessed YYYY/MM/DD)