Arts & Humanities
The research of Arno Boenner focuses on political corruption in Nigeria, widely regarded as a major issue. The analysis of this topic, however, often neglects to explore the role played by imperialism. Dr Boenner considers whether there is a causal connection between colonialism and political corruption, before offering an ethics based form of governance as a potential solution. By applying a self-developed criteria catalogue he identifies spaces, which in all stages of history show a lack of accountability and transparency. In these spaces, members of political and economic elites interact without being held accountable. From a global perspective, the analyses provided by the author can be considered as a strong contribution to the formation of a theory of corruption.

Although well researched, a gap remains in our understanding of political corruption. This is because corruption in general and political corruption in particular lacks theoretical foundation. Dr Arno Boenner takes a closer examination of the history of corrupt countries, focusing on the colonial past of politically corrupt nations. Rather than examining nations in isolation, he believes that historical context should be examined, focusing on imperialism, including analysis of the colonising country and the colonised country. The work can be regarded as a special case of international relations, as it deals with the interplay between foreign companies, the Nigerian state, and its colonial predecessors. The essential theoretical foundation is laid by historical institutionalism, which deals with the historical genesis of institutions. His study takes an interdisciplinary approach as historical institutionalism is combined with economic, sociological, philosophical, historical and Marxist-inspired theories and explanatory approaches.

Dr Boenner’s work is published in Nigeria – An Archaeology of Political Corruption. Despite being independent for many decades, the current state of Nigeria cannot be separated from its history as part of the British Empire. Dr Boenner argues that Nigeria’s present political corruption is rooted in the permissive legislation for joint-stock companies during the mid-19th century Manchester Liberalism. These corporations, settling in the Niger Delta in the 1880s, represent the forerunners of the Nigerian state, laying the foundation of political corruption. Political corruption is the product of a continuous interplay between the state of Nigeria, its colonial precursors, and foreign companies operating on Nigerian territory.

Corruption and a colonial past
Of the 50 most politically corrupt countries, 25 are within the African continent. Except for a few countries, many were formerly part of European empires, leading Dr Boenner to question whether there may be a causal link. Could the corruption that exists in Nigeria today have been exported there by the British? 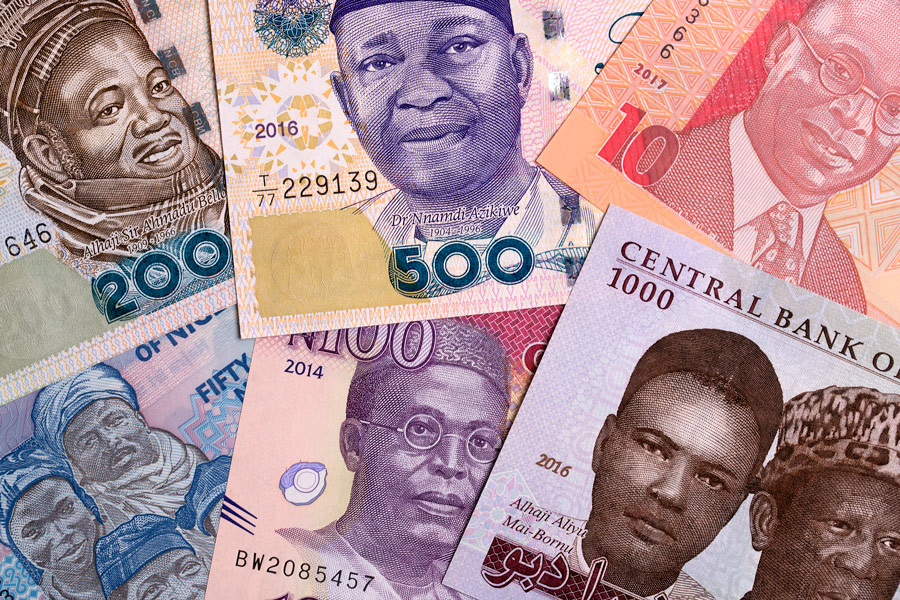 Much political research focuses on Nigeria as it exists from independence in 1960 until today. Thus, it ignores the historical context that contributes to the functioning of present-day institutions. Dr Boenner examines more than 120 years of Nigerian history to discover whether the seeds of corruption were sown during the colonial years. He identifies a gap in research regarding the perception of political corruption as a cross-cultural and cross-continental historical phenomenon that isn’t dealt with systematically. Therefore, the analysis does not begin in the present nor in Africa, but in Europe before imperialist expansion. In essence, Dr Boenner attempts to find a causal link between imperialism and corruption.

Origins in Victorian Britain
To test this hypothesis, Dr Boenner goes back to before the British entered Africa. In the 1830s, Britain embodies an economic approach of Manchester Liberalism. This is a laissez-faire mindset, arguing for low regulation and free trade. During the Victorian age, this was regarded by many as the route towards a more equitable society. Britain, more than its European neighbours, favoured this model.

However, research into this period reveals a high level of political corruption, exemplified by 1840s railway mania. Dr Boenner’s research argues that this corruption was exported to Africa during the colonial years, supported by a permissive joint-stock company law. At the end of the 19th century, foreign joint-stock companies began to base themselves in Nigerian territory, pursuing commercial objectives, first, by establishing trade relationships and, second, by claiming territory. Company rule was first executed by British corporations rather than formal colonial rule.

An archaeological approach
Dr Boenner’s methodology is an archaeological approach to the history of Nigeria’s system of government. He divides history into four distinct periods, examining each one in isolation. Using a six criteria catalogue, each time period is examined to uncover the extent to which corruption exists. This helps to pinpoint the origin and perpetuation of corruption in the country and find solutions to it.

First Period: Spans from 1830 to 1885, before Britain expands into Nigeria. It is a time of sustainable economic and technological progress. The Industrial Revolution is in full swing, leading to a phenomenon referred to as railway mania. Due to the vast amount of wealth involved, legislation is often incomplete, allowing businesses to do what they need to increase profits. This rampant liberalism, Dr Boenner suggests, contributes to the emergence of a system prone to corruption.

Third Period: This begins in 1900 and lasts until Nigeria gains independence in 1960. The territory conquered by the Royal Niger Company is designated as a regular protectorate, allowing British companies to do business freely with little regulation. This creates the groundwork in which systemic corruption can flourish.

Fourth Period: The period under consideration begins with Nigerian independence in 1960 and lasts until 2007. Colonial rule is now over but corruption persists. The monopolistic and monopsonistic structures are not abolished and continue operating as before, such as state-run marketing boards for agricultural produce. Nigeria experiences an oil boom during the 1960s and 1970s, which sees the emergence of even more joint-stock companies. These are formed by a Nigerian state-owned corporation and foreign oil companies. These joint ventures form close partnerships representing Nigeria’s most important revenue source: oil. They exist regardless of whether Nigeria is governed by a military dictatorship or a democratically elected government. The financial damage resulting from corruption in the oil business alone is estimated at over USD 800 billion from 1967–2007.

Ongoing exploitation
Regarding land grabs, Nigeria is rarely mentioned; it does not rank among the African top ten nations. However, the author shows that by circumventing parliament and not involving farmers and residents, a concession to grow rice in the state of Taraba is granted to a foreign investor. Remarkably, this deal is brokered by the same state-owned company that forms joint ventures with foreign oil companies. This example makes it clear: a weak government contributes to Nigeria’s poor living conditions.

The most important archaeological finding is the identification of a vacuum, in which exponents of the political and economic elites interact. These spaces exists across all historical periods analysed; they are not accessible to accountability, transparency and public discourse, thus forming the breeding ground for political corruption. These spaces bear the attributes of both the corporate and the state sphere, such as marketing boards or joint ventures between the government and foreign oil companies.

Botswana: The counter-example
The high levels of corruption seen in Nigeria today should not be considered inevitable. Dr Boenner compares Nigeria to Botswana, which in some respects has a similar colonial history. Both countries were colonised by the British, both gained independence in the 1960s, and both host joint ventures regarding mineral resources after independence.

However, Botswana reports relatively low levels of political corruption. This suggests that Nigeria’s corrupt system of government, although rooted in colonialism, does not need to – and indeed must not – continue. If a country like Botswana can achieve a higher level of transparency, then where do the differences lie? First, before colonisation, Botswana has an outstanding level of good political (tribal) leadership; Botswana’s administration is organised through meritocracy, creating an accountable administration. As Botswana’s military obeys the primacy of politics, Botswana has not been on the brink of a military dictatorship or strongly influenced by the military. Why doesn’t Botswana suffer from a curse of diamonds? To find an answer to this question Klitgaard’s equation ‘Corruption = Monopoly + Discretion – Accountability’ is helpful; it shows that potential negative effects of monopolies and discretion can be more than compensated by a significant level of accountability. This makes it possible to operate a joint venture with a foreign partner for the benefit of Botswana. Since political corruption is low, the economic surplus of the joint venture in public infrastructure and public goods can be used to the benefit of the population. In Nigeria, the opposite happened over decades in symmetrical form with regard to the oil industry.

How can Nigeria escape this political corruption crisis? Imperialism may be one cause of political corruption in Nigeria, but the impact of imperialism does not have to continue, as proven by Botswana. From a path dependency perspective, Nigeria is in a lock-in situation which is challenging to escape. Nigeria’s weak governance must be transformed to a strong ethics-based governance. This multi-layered process should be moderated by a neutral and global institution. Orchestrated by the United Nations, the Global Compact programme can ensure quality and continuity of an ethical discourse. In the end, the public evil political corruption must be replaced by the public good ethical governance.

How have some postcolonial countries, such as Botswana, managed to avoid the levels of corruption seen in Nigeria?

<>
In the case of Botswana, the following key success factors could be identified: After independence a sustainable transition of (colonial) technocratic and bureaucratic expertise was carried out smoothly. Botswana’s judiciary has proved to be independent from influences of the executive, thus contributing strongly to high scores of rule of law. Botswana’s administration is organised strictly applying meritocratic principles, thus laying the fundament for high levels of accountability. Botswana’s military has limited itself to constitutional tasks and responsibilities, obeying the primacy of politics and not claiming government power. Among others, these success factors enable the country to reach low levels of corruption and to operate international joint ventures for the benefit of the people of Botswana.

The archaeology of political corruption in Nigeria was last modified: August 5th, 2021 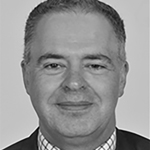 Dr Arno Boenner, born 1968, studied business administration at the Universities of Marburg and Giessen, Germany. 2015 Doctorate in Social Sciences, Institute of Political Science, University of Wroclaw, Poland. Business professional with global players, specialising in IT applications and analytics since 1998.

Dr Arno Boenner researches the historical roots and connection between imperialism and political corruption in Nigeria.

Boenner A . (2021). The archaeology of political corruption in Nigeria. Research Outreach, 124. Available at: https://researchoutreach.org/articles/the-archaeology-of-political-corruption-in-nigeria/ (Accessed YYYY/MM/DD)