Saladdin Ahmed is a philosopher and critical theorist. His works focus on the philosophy of resistance, antifascism, totalitarianism, and political space. For the last three years, he has been teaching political theory, international relations, and comparative politics at Union College in Schenectady, New York. During that time, he has published, among other works, a book Totalitarian Space and the Destruction of Aura (SUNY 2019). His next book, Revolutionary Hope After Nihilism: Marginalized Voices and Dissent, will be published in 2022.

Ahmed prefers not to distract his readers’ focus on his critical philosophy and the pressing political crises. The closest he has come to giving away biographical details is an interview in 2016 in which he tells the interviewer, Robert Leonard Rope, ‘As a Kurdish child, I grew up in Kirkuk under the Baath regime thinking I was an existential mistake, but I liked being a mistake. I still like being a mistake.’

How could he not? As he told Rope: ‘in circumstances of falsehood, correctness is wrong’. Being a ‘mistake’ implies deliberate and uncompromising opposition to what is imposed as the norm.

During his final year at high school, Saladdin was arrested by agents of Saddam Hussein’s regime and put in a concentration camp. After a few months, he escaped the camps, and since then he has, in his own words, ‘lived on the border of worlds, belonging to all and none at the same time’.

In the years following his arrest, Ahmed found himself on the run. When he was a university student, he was forced to flee the Kurdish autonomous region in Iraq several times. During these years, he found himself imprisoned in two other Middle Eastern countries. Eventually, he was able to finish his education in Canada, where he earned four degrees, including a PhD in Philosophy.

Although he has never gone back to Kirkuk after he escaped the concentration camps, he did return to Duhok to work as a professor in the city’s public university. He was not able to stay for long; in 2014, the Kurdistan region in Iraq became hostile once again, so he left for Mardin, a Kurdish majority city in south-east Turkey, where he worked at the Mardin Artuklu University.

Ahmed’s tenure at Mardin Artuklu University didn’t last long. Within a few months, he was expelled along with twelve other Kurdish and foreign faculty members, because of vague political accusations. Between 2013 and 2018 he changed addresses thirty-five times. Then he stopped counting. His current visiting position in the Department of Political Science at Union College has meant the privilege of more than two years of stability for the first time.

‘Safe critique is not what excites me,’ he says, adding, ‘what is the point of exile if I give up what I have given up everything for, my freedom?’

Ironically, these experiences that threatened to end his academic career, shaped his scholarship.

When being Kurdish is seen as something to be renounced, I am Kurdish, no question about it. The moment it becomes the identity of the ruler, I can only stand in opposition to it with the oppressed. That is to say, I am Kurdish insofar as Kurdish-ness is a negation of oppression.

In conversation with Robert Leonard Pope, 2016

One would think all the threats, challenges, and uncertainties he has faced throughout his adult life would compel him to tone down his critique or select the objects of his critique pragmatically. Not Saladdin! While he continues to criticize extremism and the far right in the Middle East, since he moved to the United States to teach as a political science professor, he has been focusing on the question of marginalization and racism in that country.

‘Safe critique is not what excites me,’ he says, adding, ‘what is the point of exile if I give up what I have given up everything for, my freedom?’ That freedom means ‘standing with’ the ‘hopeless ones’, as he often emphasizes, borrowing Walter Benjamin’s expression in reference to the marginalized.

In an article he wrote about the Black Lives Matter protests in 2020, he identified the ‘real thugs’ in the social upheaval: the elite who falsely accused protestors of ‘looting’ and portrayed the oppressed and their allies as the perpetrators of violence. He writes that these people are the worst kind of criminal. They rob generations of people of their integrity and their security. As a result, the oppressed are forced to justify the air they breathe and constantly prove that they are not a threat even when they are clearly the victims of violence.

It is safe to assume that the little fascist inside each one of us looks and speaks like the dominant majority, and acts like a man, a bourgeois man. Every time you meet him, you are face to face with the fascist enemy, the Islamic State. Kill him. Just kill him.

Even though his polemics might give the impression that he seeks difficulties in his life, in reality the issue is anything but personal. No matter where he is, Ahmed believes that it is his responsibility as an educator to rip the white sheets off of fascists and reveal the enablers of fascism everywhere.

Saladdin calls his philosophy ‘postnihilism,’ and it constantly emphasizes the revolutionary hope of those in the margins of the margins.

At points in his life, this has meant warning his students in Iraq and Syria against succumbing to the appeal of faith over reason, which is the same intellectual fallacy that created ISIS. In the United States, this has included highlighting the prejudice hidden in plain sight allowing for the commodification of oppressed social groups. He rejects what he sees as ‘exclusion through inclusion’, and his example for that is the common practice of posting a picture of a few ‘smiling black and brown students’ on university websites. To him, this practice merely commodifies, objectifies, and others those who have already been raced.

In Totalitarian Space and the Destruction of Aura, he defines totalitarianism by deploying a negative method. Namely, he aims to point out what is being destroyed in the process of the construction of totalitarianism. His answer to that is aura. Conceptualizing aura as the spatial conditions for unique experiences, he shows the ways in which totalitarianism leads to the creation of a space of total flatness, illumination, and isolation. In such a space, even identity or uniqueness is mass produced, and, therefore, what is assumed to be different could be a mere confirmation of the total hegemony. This book, and the author’s philosophy of negativity in general, often give rise to two typical questions Saladdin continually has to address even in his lectures. Those questions have to do with the plausibility of an alternative and the place of hope in his philosophical system.

Taking the Side of the Silenced

One does not need to look afar to realize that humanity owes so much of its progress to those very peoples it marginalized so brutally for so long.

Taking the side of the silenced, marginalized, and underrepresented characterizes Saladdin’s philosophy. Even as an educator, he argues since all positions are necessarily subjective, the difference is in the way knowledge is produced, and by that he means ‘in whose interest?’ Those who insist on being non-ideological, Saladdin argues, are in fact in the first class of the ideologically recruited. He explains, ‘every hegemonic ideology as a matter of course presents itself as something other than ideology, as objectivity, as a form of truth that is above and beyond human conditions and their histories, conflicts, and struggles. Whereas no matter how rational the voice of the marginalized that demands equality, it is perceived as a subjective and bias voice’.

The struggle for him as a critical educator, as he describes it, is to problematize the convictions of objectivity, to shake ‘the dominant mode of perception’, to draw students’ attention to the fact that in every society and historical era, the dominant not only refuses to portray domination as the major problem of all problems, but also creates a world in which the ruling ideology is the most normal, common-sensical, and rational way of perceiving everything. Thus, Saladdin’s motto in education is learning via unlearning. Like his overall philosophy, his pedagogy is constructed around what he calls ‘negativity’.

Saladdin calls his philosophy ‘postnihilism’, and it constantly emphasizes the revolutionary hope of those in the margins of the margins. In a 2019 article, he argues that ‘truly progressive movements emerge in the margins of the margins’, yet because of marginalization, those movements are usually unnoticed. ‘Indeed’, he goes on, ‘the world owes much of its progress to the very people, like Jews, that it rejected so brutally for so long.’ This is also why, even when it comes to the Arab Spring, in his view, the movements that have been largely dismissed by the world, such as Rojava and Sudan, are the most significant ones.

To the question of ‘what is the solution?’ his response is swift: ‘Let us not jump to a solution before we accurately comprehend the nature and scope of the crises. The primary task of critical philosophy is to point to the right questions.’ Otherwise, he continues, ‘we repeatedly provide wrong answers to wrong questions’. Inspired by Theodor Adorno’s work, in a journal article published in 2020, Ahmed writes, ‘There is neither a green way of living under capitalism nor an unrevolutionary way out of capitalism.’ (p134).

Saladdin ends his 2019 book stating, ‘Human societies have already invented so many forms of oppression that the mere negation of those forms should put us well on our way to the realization of a world that would be fair and just by all conceivable standards. By climbing atop the heap of garbage that has accumulated over the course of civilization, we should begin to see a horizon never before seen.’ (p178). This stems from his ‘dialects of hope and hopelessness’, which is also the main topic of his upcoming book. 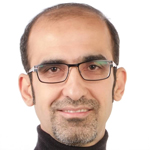