Business & Economics
The widely accepted narrative around homelessness places the blame on poor life choices, conveniently absolving society of responsibility. However, at Eastern Washington University, Dr Matthew Anderson and Dr Stephen Tsikalas, with graduate students Elijah C. Hansen and Zachary Arms, are highlighting large-scale political, economic, and social drivers of the problem, which is inextricably linked to capitalism. In Portland, developers collaborate to prevent the conversion of certain properties into homeless shelters. Neighbourhoods that once sheltered society’s most vulnerable have become valuable commodities. This neoliberal approach both produces and is threatened by visible homelessness. The private sector disavows any responsibility, while the public sector lacks the means or inclination to adequately address the situation.

The widely accepted narrative around homelessness places the blame on poor life choices, commonly citing drug abuse, alcoholism, and/or mental illness. This individualistic approach, which is routinely articulated by governments and business, conveniently absolves the rest of society of blame and responsibility, while ignoring deep-seated political and economic factors. However, many decades of academic work in various fields, including geography, sociology, planning, political economy, and social work, have shown this to be a fallacy.

Data show that the number of homeless people who do not suffer from addiction or mental illness are as numerous as those who do; however, these people are generally not ‘visibly’ homeless (i.e., dishevelment, drunkenness, etc.) and as such do not attract attention. Moreover, numerous studies have shown that addiction and mental illness are often the consequence of gruelling and punitive homelessness, rather than the cause. Finally, among drug/alcohol abusers and the mentally ill, only a fraction of this population experiences homelessness.

At Eastern Washington University, Dr Matthew Anderson and his colleague Dr Stephen Tsikalas, along with graduate students Elijah C. Hansen and Zachary Arms, have delved into the discourse surrounding homelessness in urban America, with the aim of better highlighting the large-scale political, economic, and social drivers of the problem.

A society built on inequality
In the years since the economic crash of 2008, homelessness has surged across urban America, including a rise in the ‘working homeless’ (i.e., those whose wages are insufficient to pay for even the cheapest housing). The true drivers of homelessness in urban America lie in labour market conditions and housing market dynamics. In short, it is poverty that renders people at heightened risk for becoming homeless. This, in turn, reflects a society driven by the capitalist mode of production, in which inequality is both an outcome and necessary pre-condition. Profit derived from land has become central not only in the real estate industry, but also to financial institutions and local governments. As such, if there is insufficient political will to invest the necessary costs to ensure everyone is housed, then some degree of homelessness is inevitable. This is the inescapable consequence of capitalism – a system in which resource scarcity and strict wage controls allow employers and landowners to maximise profit. Ironically, the political and social response to a system that spares the role of private property in producing homelessness has been the establishment of ‘anti-homeless’ laws (e.g., no begging, no sleeping in public spaces, etc.), which act to remove the only spaces left that the homeless can occupy, thereby rendering the very state of homelessness illegal.

Based on their research, Dr Anderson and Dr Tsikalas argue that homelessness is not simply the result of a system that uses property to derive rent for property owners, as argued by previous scholars. Rather, it is the reflection of a particular category of rent: class monopoly rent (CMR). CMR represents the proportion of rent that is attributable to landowners collaborating (rather than competing) to manipulate supply/demand conditions. For example, when landlords remove units from circulation that are too costly to renovate, they collectively reduce housing stock for a neighbourhood and increase rent.

Numerous studies have shown that addiction and mental illness are often the consequence of gruelling and punitive homelessness, not the cause.

In general, communities do not want to live in close proximity to visible homelessness. Developers, in particular, view visible homelessness as a threat to their profitability, which hinges on potential consumers being attracted to their developments. Thus, landowners collaboratively pool their resources and strong-arm city governments with threats of legal action as a means of controlling where homeless people can and cannot be. The revenue that is saved by doing this (i.e., the funds sunk into the lawsuits being treated as an investment) is an example of CMR.

To study this more closely, the research team took Portland, Oregon, as an example, and examined how various property owners filed joint lawsuits against the city to prevent the conversion of certain properties into homeless shelters, or to forcibly relocate homeless camps to other neighbourhoods. Through the analysis of 500 documents, including policy documents, media reports, stakeholder websites, and published interviews with key players, they were able to identify the principal actors, institutions, and policies in the gentrification of Portland’s neighbourhoods and the development of its housing stock.

Class monopoly rent in gentrified neighbourhoods
In recent decades, ‘gentrification’ has become the de facto policy of urban America. Under this process, neighbourhoods that once sheltered society’s most vulnerable have become a valuable commodity. This neoliberal approach both produces and is threatened by visible homelessness, in a viscous and self-perpetuating cycle. As gentrification drives up property values, more and more people are rendered homeless. Yet, social services tend to be located in, or in close proximity to, these very neighbourhoods targeted for gentrification, the spaces most threatened by visible homelessness. Despite its widely reported liberal credentials, including purported leadership in sustainable urban planning, Portland, like all American cities, is highly polarised along socio-economic and racial lines.

The Pearl District of Portland is an example of a gentrified neighbourhood; located in a part of Portland that has traditionally been an epicentre of homelessness, it now commands some of the highest rents and most expensive land values in the city. Since 1997, formal collaborations have existed between the City of Portland and developers; in the Pearl District, Dr Anderson and Dr Tsikalas have found that developers collaboratively drive up the value of land by controlling the number of developments and units that are on the market at a given moment, with just six major developers controlling the provision of new housing units. This directly contributes to the production of homelessness. Moreover, these actors also resist at all costs the visible presence of homeless people (despite contributing to their presence). The consequence is, and has been, the worsening plight of the homeless, who are forced into marginalised spaces well removed from the services they are reliant on for survival.

True to the morals of capitalism, developers typically view themselves as ‘saviours’ to the cities in which they are invested.

In a perfect storm of capitalist ideals, the private sector disavows any responsibility, with developers seemingly not cognizant of their role in producing this problem (or at least not admitting to it), while the public sector has been gutted of its ability to adequately address the situation. This is not to say that a better funded public sector would effectively address the problem, which requires both economic and political will. In general, the voting public, in thrall and desensitised to decades of neoliberalism, blame the homeless for their lot in life and are hostile to governance that addresses homelessness with taxpayer dollars. There does not even appear to be the political will to force the developers to produce shelter for the homeless, instead allowing them to erase homelessness visibility via lawsuits. A toothless carrot (e.g., tax-breaks) and stick (e.g., fines) approach to encourage developers to provide affordable housing has failed, as accepting these ‘punishments’ is more cost effective for developers than building affordable housing.

This situation is driven and maintained by ‘growth machine’ alliances, or ‘class monopolies’, between developers, city governments, and financial institutions, which perpetuate the cycle as a means of preserving their financial stake via rent, consumer, or tax revenue from non-homeless residents. Critically, these actors tend to work collaboratively, with the pursuit of profit outweighing any competing agendas.

Ironically, and true to the morals of capitalism, developers typically view themselves as ‘saviours’ to the cities in which they are invested. To exacerbate the situation, since the 1980s, city governments have become increasingly reliant on local property taxes to replenish their revenue streams, which means that collaborating with developers to induce gentrification serves the interests of both parties. As a result, class monopolies form and the production of homelessness increases by the same mechanisms that seek to wash it out.

It is interesting to note that academic research of the last 20-30 years has moved away from rent and property, with urban studies now comparatively less focused on these topics. However, Dr Anderson and Dr Tsikalas argue that these topics remain of great importance, particularly if the current global narrative of socially responsible and sustainable urban development is to be met.

Matthew Anderson: A concern for social and environmental justice is the primary driving force in my professional life; this is what led me into academia, and it’s a deep commitment I have. What led us down the path toward homelessness in this particular study emerged from a broader project done on the dynamics of rent in Portland, with homelessness being implicated over and over again as I was collecting data for that project. As such, it was an outgrowth of the Antipode study that I wasn’t necessarily expecting at first.

In the UK, where there is a much stronger government-backed social support system, a clear distinction is made between ‘homelessness’ and ‘rough sleeping’, with the former being much more prevalent. Do you see such a distinction in the American context?

Matthew Anderson: In short, no – if anything there is a distinction between the deserving and undeserving poor, with the homeless falling almost entirely into the second category in the public consciousness. If you’re not bearing the visible signs of being homeless (i.e., loitering, intoxication, mental illness, sleeping or urinating in public, etc.), you’re generally not even acknowledged in the public discourse and imaginary about homelessness in the US.

Homelessness and the American dream: An inconvenient truth was last modified: May 17th, 2021 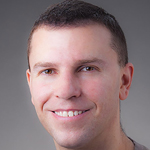 Dr Matthew Anderson is an associate professor in the Geography, Anthropology, and Planning Department at Eastern Washington University. His research interests are focused on the political economy of the contemporary American city, the politics of water provision in drought-prone regions, and critical social and spatial theory. 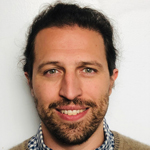 Dr Stephen Tsikalas is an assistant professor in the Geography, Anthropology, and Planning Department at Eastern Washington University where he offers courses in both human and physical geography. His current research addresses rent theory, summer heat climatology, and rural planning of skateboard parks.