Health & Medicine
When a dental implant is inserted, the speed at which it integrates into the surrounding bone and tissue, known as osseointegration, is key to its eventual success. Treating the surface of implants to make them rougher helps this process. However, contaminants from this surface modification process can remain on the implant. A study carried out by Dr Peter Schupbach who runs Schupbach Ltd, a research laboratory for biomaterials, observed that aluminium oxide contaminants were spread on the surfaces of most commonly used implant systems. He therefore advocates the establishment of controlled surface modification procedures in all dental implant manufacturing processes to ensure clean and consistent implant systems.

Dental implants are commonly made from titanium. In recent years, titanium implants with a moderately rough surface have become increasingly popular in implant dentistry because of their ability to integrate more rapidly into surrounding bone and reduce early failures. Increasing the roughness of the surface (surface topography modification) increases the surface area of the implant and allows a direct formation of bone on and along the surface. This process, known as contact osteogenesis, is key if the implant is to work effectively.

Implant surface modification techniques
Various methods have been used to modify the surface properties of titanium implants, and to roughen the surfaces of the implants. These are based on additive, subtractive, chemical and electrochemical processes. They include sandblasting, anodization, acid-etching, titanium plasma spraying, coating with hydroxyapatite, laser ablation, and sandblasting combined with acid-etching (SA).

The SA technique has been shown to increase the rate and amount of bone formation on the surface of an implant (Feighan et al, 1995). It is therefore one of the most commonly employed surface modification methods used today. SA involves a grit blasting technique where particles such as aluminium oxide (Al2O3), titanium oxide (TiO2) or calcium phosphates are fired at the surface of machined implants by means of compressed air or fluid through a nozzle at high velocity. The size of the particles can range from ten to several hundred μm (micrometres). Due to their impact, they create small craters on the surface of the machined implants, in the same way that asteroids have created craters on the moon’s surface.

Subsequently, they are immersed in a strong acid solution such as HCl, H2SO4, HF or HNO3 at high temperatures. The aim is to remove any blasting particles left on the surface of the implants and to make further modifications to their surface texture.

Surface modification challenges
No doubt modification of the surface characteristics of titanium implants positively impacts osseointegration, but an aspect of the process that continues to attract attention is the cleanliness of the resulting implant surface since the presence of impurities can be harmful to patients.

Sandblasting combined with acid-etching (SA) is one of the most commonly employed surface modification methods.

Previous studies show that different sterile-packaged implant systems with organic and inorganic contaminations on their surfaces abound in the market. This is backed by the pilot study conducted by Duddeck et al (2019) which compared the cleanliness of different oral implant systems in the market. The study concluded that look-alike implants revealed significantly higher impurities when compared to original implants of market-leading manufacturers.

The SA and anodization techniques are two of the main surface modifying techniques used to manufacture most of the implant systems available in the market today. While the anodization process does not lend to particle contamination, the SA process has the potential of retaining the particles used in the process on the implant surface even after acid-etching.

Need for quality control
The quality of an implant surface cannot be assessed by visual inspection, but implant manufacturers must be able to assure physicians that their manufacturing processes and final products meet quality standards. While a large number of studies have been carried out to investigate the surface properties of commercially available implant systems, there has been no comprehensive study on the cleanliness of SA-modified implant systems.

Dr Peter Schupbach, a PhD holder in Natural Sciences, an Adjunct Professor at the Augusta University, and an author/co-author of 120 peer-reviewed publications conducted an investigation into the quantity and distribution of blasting particle remnants on the surface of nine major, commercially available implant systems produced by seven different manufacturers using the SA technique. The investigation sought to determine if the manufacturing process impacted in any way on the surface cleanliness and reproducibility of any particular surface topography.

Al2O3 particles were present on the surfaces of most commercially available, sterile-packed, dental implant systems modified with the SA process.

A total of 54 implants were analysed. Information on the diameter, length and lot of the investigated implants was obtained and their surfaces were analysed by SEM (Scanning Electron Microscopy). Three zones were defined on the implants to evaluate their surfaces, and overview images at a magnification of x64 were captured in three regions of interest (ROI) corresponding to the three zones.

Apart from one implant system, SEM demonstrated the presence of remnant particles on all the implant surfaces tested, and EDX analysis showed that the particles were composed of aluminium and oxygen, suggesting that they were remnants of the aluminium oxide particles used in the blasting process. The results from the investigation demonstrate the presence of particle contamination on the surfaces of most commercially available, sterile-packed, dental implant systems modified with the SA process. Also citing a previously published study, Schupbach et al (2019) pointed out that ‘these results confirm the findings of a previously published study, which showed that Al2O3 [aluminium oxide] particles might cover up to 14.4% of the implant surface’ following blasting without etching.

Conclusion
While dental implants with moderately rough surfaces osseointegrate faster, and the use of surface modifications significantly decreases early failures, the impact of manufacturing processes on surface cleanliness remains. Not all manufacturers provide quality assurance, and as implant surface quality cannot be assessed by visual inspection, Dr Schupbach posits that adequate process control over surface modification is vital for all dental implant manufacturers to achieve clean and consistent medical devices.

How will process control on surface modifications be enforced among dental implant manufacturers?

<> Companies have to fulfil the Medical Device Regulation (MDR). Devices shall be designed and manufactured in such a way as to reduce as far as possible the risks linked to the size and the properties of particles which are or can be released into the patient’s or user’s body, unless they come into contact with intact skin only. Special attention shall be given to nanoparticles.
(Article 10.6 of MDR). 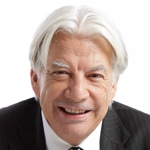 Dr Schupbach has a PhD in natural sciences. He is author or co-author of 120 peer-reviewed publications. Today he runs a Research Laboratory for Biomaterials in Switzerland. Dr Schupbach is Adjunct Professor at the Augusta University. In 2010 he received both the American Academy of Periodontology Clinical Research Award and the R. Earl Robinson Award. 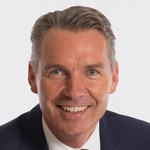 Dr Glauser runs a private dental clinic in Zürich, Switzerland. As an international educator he has held more than 750 national and international lectures, keynote presentations, workshops and seminars. He is author and co-author of more than 70 peer-reviewed publications.

Dr Schupbach investigates how dental implants are integrated into the bone and how titanium surface modification can help with this.