Health & Medicine
Acute pancreatitis, which causes severe upper abdominal pain, is one of the leading gastrointestinal causes of hospitalisation. Dr Paul Tarnasky and his colleagues at the Methodist Digestive Institute, Methodist Dallas Medical Center, Dallas, USA, are aiming to reach the highest standards in quality of care for pancreatitis patients. The team has designed a new, streamlined protocol for diagnosis of the condition, and driven the creation of 40 essential Quality Indicators to monitor the treatment process, which have been endorsed by the American College of Gastroenterology.

When someone is admitted to hospital, both patient and doctor share a common goal: for the patient to recover well enough to return home as soon as possible. For this to happen, patients should ideally receive the best quality of care available. At the same time, unnecessary tests and treatments should be avoided.

At the Methodist Digestive Institute, Medical Director Dr Paul Tarnasky and his colleagues share these goals in their treatment of a range of digestive problems. One of these is acute pancreatitis (AP). This condition occurs when the pancreas, an organ that produces digestive enzymes and hormones such as insulin, becomes quickly inflamed. Patients experience symptoms including intense pain in the centre of the abdomen usually in association with nausea and vomiting. Common causes of AP are gallstones and excessive alcohol consumption. Unfortunately, AP seems to be becoming more common. In the US, it is one of the leading gastrointestinal reasons for hospitalisation.

In severe cases, AP can lead to internal organ failure. Fortunately, many patients feel better in about a week with hospital treatment. However, even though patients often make a full recovery, it is still possible to improve the quality of care they receive.

Streamlining diagnosis and treatment
Over the last few years, Dr Tarnasky and his team have made huge strides in improving the quality of care of patients with AP. Their first step was to develop and implement standardised order sets used by emergency room and hospitalist physicians, known at the Methodist Acute Pancreatitis Protocol (MAPP). The goals of MAPP are: 1) early identification and immediate triage of all patients with adominal pain presenting to the ED that could potentially be diagnosed with AP; 2) early aggressive IV fluid resuscitation; and 3) appropriate imaging. Most people with AP go to hospital within 12 to 24 hours of the onset of symptoms.

A common test used to diagnose AP is a CT (computerised tomography) scan. However, the Methodist Dallas team found that a CT scan is often unnecessary; instead, AP can be diagnosed with a simple blood test for an enzyme called lipase in addition to abdominal pain consistent with AP. In fact, the American College of Gastroenterology does not recommend CT scans for diagnosis of AP. This avoids exposing the patient to the radiation of a CT scan, which is equivalent to more than 11 X-rays. Until the Methodist team began to address the issue, however, there was no clear pathway for doctors to follow when attempting to diagnose a suspected case of AP.

The team began with simple goals: early triage and reduction of unnecessary CT scans in patients with suspected AP. Without a standardised protocol for early triage of patients with severe abdominal pain, emergency room patients were seen by doctors based on room availability. This potentially delayed when lipase tests were ordered and when treatment (e.g., intravenous fluids) began. Also, doctors might not wait for the serum lipase result before sending the patient for a CT scan.

Having identified a clear need for a more streamlined process, Dr Tarnasky and his colleagues proposed the new system: MAPP. When a patient arrived at the hospital, they would go through triage with a nurse. If a room was available, the patient would be assessed by a doctor. For patients experiencing severe upper abdominal pain, the doctor would immediately order the lipase test. The laboratory technician would be asked to let the doctor know immediately if they found lipase levels to be above a certain value.

Encouragingly, the team found that there was no negative change. For example, length of hospital stay and/or likelihood of complications as a result of the new process was favourable. In fact, the new procedure successfully reduced the number of CT scans being ordered for AP patients by 50%. This not only improves patient safety, by limiting exposure to radiation, but also saves money and reduces the length of time a patient spends in the Emergency Department.

Methodist Dallas is the only hospital in the US to hold the Disease-Specific Care Certification for pancreatitis.

The efforts to streamline the care of AP patients were a big part of this achievement; two of the criteria that the Center was evaluated on were the use of evidence-based guidelines to optimise care, and an organised approach to performance management. Methodist Dallas is the only hospital in the US to hold the Disease-Specific Care Certification for pancreatitis, an indication of the high standards that must be reached to earn this recognition.

Measuring the quality of care
Despite receiving The Joint Commission’s approval, Dr Tarnasky and his team continue to strive for a better quality of care for AP patients. After establishing a clear and efficient process for diagnosing AP, the next step was to define the best way to measure the success of AP reatment. Simply issuing guidelines is not enough; to achieve standardised care requires quality of care being measured.

To this end, in 2017 Dr Tarnasky created the Acute Pancreatitis Task Force on Quality. The aim of the Task Force was to develop a set of robust, evidence-based Quality Indicators (QIs) for AP treatment. Using QIs allows for quantitative measurement of quality standards; physicians can clearly see whether systems, processes and guidelines are working, or not.

The 20 members of the AP Task Force include a national panel of surgeons and gastroenterologists, all of whom are experts in their field. The Task Force began by carefully reviewing and rating 71 proposed QIs. Next, members participated in an in-depth discussion, as a result of which 41 of the QIs were considered to be valid, i.e., able to measure quality of care and potentially improve clinical practices. Finally, the remaining QIs were rated for validity and proposed performance thresholds. This left 40 QIs that were considered both valid and necessary.

The 40 selected QIs cover all aspects of AP care, from diagnosis and early treatment, through nutrition and management of complications. For example, the first QI states that if a patient has severe upper abdominal pain, AP should be suspected, and a lipase test carried out. Another QI recommends that pain should be managed according to the institution’s guidelines.

The 40 QIs were developed by a diverse group of experts who were able to arrive at a consensus for each point. This is the source of the strength of the Task Force’s recommendations, which are as robust as they can be with currently available evidence. A further benefit of the Task Force’s work was that areas of AP care that would benefit from more in-depth research were highlighted: for example, fluid resuscitation as an initial treatment. For now, though, Dr Tarnasky and his colleagues hope that the set of strong, dependable QIs will allow hospitals and physicians to reach the highest standards in the care of AP.

Do you hope that the 40 validated QIs will be widely adopted?

<> Yes, these QIs were formally endorsed by the American College of Gastroenterology (ACG) and published in the ACG’s American Journal of Gastroenterology in 2019. That means physicians all over the world will have access to the QIs and be able to utilise them to improve care and outcomes at their institutions.

How are the order sets and QIs being shared with other institutions?

<>Due to the impact MAPP had on patient and hospital outcomes at our hospital, the order sets and QIs were recently rolled out to two sister hospitals within Methodist Health System. We believe it will become standard of care. 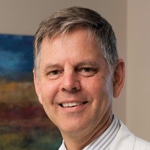 Medical Director, Methodist Digestive Institute, Dr Tarnasky graduated with honors from the University of Washington School of Medicine in 1989. He completed his internal medicine residency at UCLA Medical Center. He then completed a gastroenterology fellowship at Duke University Medical Center and an advanced endoscopy fellowship at Medical University of South Carolina. He is a fellow of the American College of Physicians and the American College of Gastroenterology (ACG). He is program director of the Gastroenterology Fellowship Program at Methodist Dallas Medical Center. He provides diagnostic and treatment services for a variety of digestive conditions and has a clinical and research focus on pancreatic and biliary disorders and treatments that involve therapeutic endoscopic retrograde cholangiopancreatography (ERCP).

A team at the Methodist Digestive Institute, led by Dr Paul Tarnasky, has been working to establish quality treatment practices for acute pancreatitis.