Physical Sciences
Many important technologies rely on the production of high-energy radiation, yet without the right precautions, the radioactive sources involved in these processes can be incredibly dangerous. Dr Sergey Kutsaev, together with a team at RadiaBeam Technologies, has now shown how these sources could be replaced by compact, low-cost, and flexible particle accelerators, capable of producing high-energy X-rays on demand. His team now envisage applications for their device in cancer treatment, global health, and cargo inspection. Through future improvements, these applications could soon expand even further.

Through radioactive decay, the nuclei of many different elements can spontaneously transform into different, lower-energy forms. To do this, they emit one of several possible types of radiation, including: neutrons; high-energy photons named gamma rays; high-energy electrons or positrons; and an alpha particle (containing two protons and two neutrons). Today, many different applications and research techniques rely on manipulating these emitted particles: sometimes harvesting their energy, measuring how they are deflected by atoms, inspecting objects, or inflicting controlled damage on specific targets, among many other possible applications.

In the US alone, these applications are now regularly being carried out using roughly 5,000 devices, together containing around 55,000 highly radioactive sources. Yet as Dr Kutsaev explains, the use of these devices comes with serious problems. “Radioactive isotopes are small and cheap, but can also be very dangerous if mishandled or stolen,” he says. “For example, the isotope cobalt-60 can deliver a lethal dose to a human if held in their bare hands, or can even be a component of a dirty nuclear bomb.” With such high levels of risk associated with their use, many researchers now see a pressing need for alternative technologies, capable of producing high-energy radiation through safer processes. 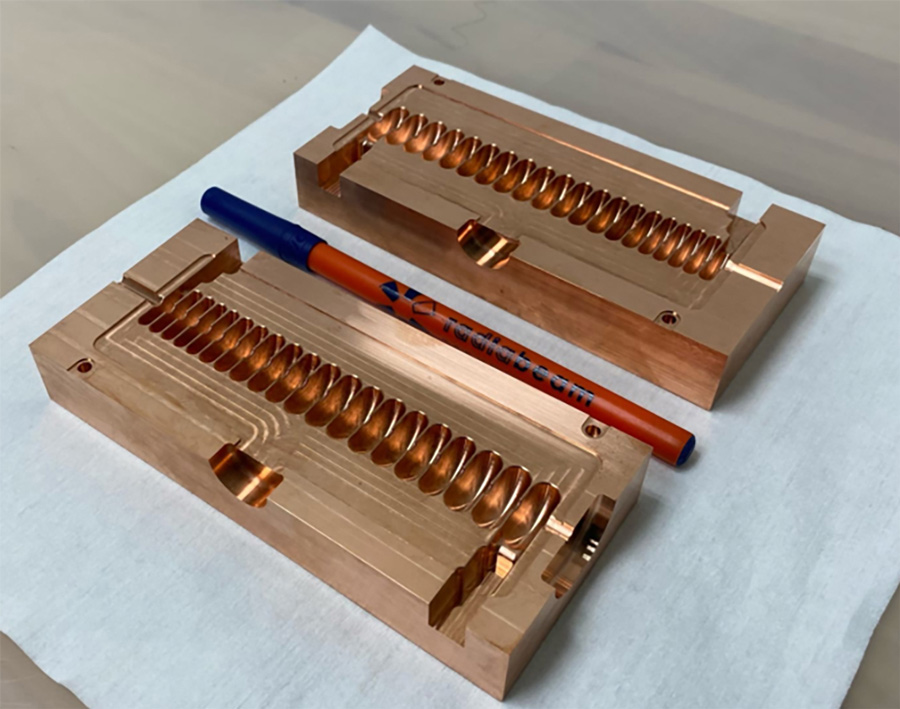 Solutions in particle accelerators
One promising alternative to radioactive sources lies in the use of linear particle accelerators. Within these devices, streams of electrons are first emitted from a hot cathode, then pre-accelerated and focused by a high, direct current voltage. Afterwards, the electrons are placed onto the crest of a radio-frequency wave, which transfers energy to the beam as they travel along together at the same speed. By striking the right balance between these oscillations, researchers can generate a strong, continual accelerating force along one direction: accelerating electron beams to as much as 99.9% the speed of light.

After passing through the accelerator, the electrons are finally made to collide with a cooled tungsten alloy target. Due to the strong positive charges of the heavy nuclei inside the target, they are rapidly decelerated, and release their kinetic energy in the form of X-rays. Although not as energetic as gamma rays, the photons produced through this process are still highly suitable for many applications which currently rely on radioactive decay – and come with far fewer dangers.

With such high levels of risk associated with particle accelerator use, many researchers now see a pressing need for alternative technologies.

“Particle accelerators can serve as a safe alternative,” Dr Kutsaev says. “They produce radiation only when operational, cannot release uncontrolled amounts of energy as in nuclear weapons, and can be turned on and off when needed.” Yet despite these clear advantages, linear particle accelerators have undergone few improvements since the 1960s, and so far, the equipment they require has remained complex, bulky, and expensive. Because of this, the devices are still largely inaccessible to many groups which could stand to benefit from them.

An advanced new accelerator
Through their research, Dr Kutsaev and his colleagues at RadiaBeam Technologies in Santa Monica, California, set out to develop cutting-edge solutions to these problems. They identified two key aspects of previous linear particle accelerators which showed substantial room for improvement. “We introduced several innovations, including compact, efficient, and high frequency power sources, and the fabrication of ‘split structure’ accelerators, made out of just two halves,” Dr Kutsaev describes.

The team’s design was based on devices named ‘magnetrons,’ which are commonly used to generate microwaves using beams of electrons. In this case, they derived their design from a high-frequency magnetron, previously used for radars in air traffic control. With the right precautions, they could design an accelerator in such a way that the magnetron’s small power was enough to generate high-speed electron beams.

Already, the cavity structures conceived by Dr Kutsaev’s team are more compact, and less than half the weight of current standard linacs. Yet crucially, they can also be easily carved out of just two copper parts, which fit together to form a narrow tunnel. This eliminates the need for costly assemblies of many intricate parts, which previously needed to be manufactured individually. Having now successfully designed and demonstrated the device, Dr Kutsaev describes three particularly intriguing innovations where RadiaBeam’s accelerator could offer significant benefits to our society.

Sterilising agricultural pests
Plant pathogens carried by insects can be immensely damaging to agricultural crops, and place high levels of stress on global food supply chains – especially in the developing world. Measures to treat and prevent these diseases have come a long way in recent decades, but recently, several studies have proposed an ambitious strategy for eradicating them completely. The method suggested is to sterilise pathogen-carrying insects, without affecting their natural instinct to reproduce – significantly lowering the risk to future populations.

Since the high-energy X-rays produced by RadiaBeam’s accelerator can destroy reproductive cells, without damaging others, Dr Kutsaev predicts that his team’s technology could be a highly effective way to implement such a strategy. “At a certain dose, the radiation makes the insects sterile, but still sexually active,” he explains. “By releasing them into the environment, these sterile insects will kill healthy ones, and thus reduce pest populations.” If carried out, this method could provide global organisations with safer methods for managing some of the most prolific agricultural pests in the world today, without the need for radioactive isotopes.

Flexible inspection techniques
RadiaBeam’s accelerator could soon be integrated onto wireless handheld devices, which enable their users to readily generate high-energy X-rays in the field. Such portable sources of high-energy radiation would make it far easier to scan for the presence of certain materials in locations where radioactive isotopes would otherwise be the only realistic source of high-energy radiation. “This accelerator can be carried by a single person to perform object inspection in remote places, or to carry out routine inspections,” Dr Kutsaev describes.

Dr Kutsaev and his colleagues hope that RadiaBeam’s technology will now lead to new advances in many different applications.

Such practices are critically important in nuclear power facilities. Here, frequent monitoring programmes have been mandated by international treaties to ensure weapons-grade uranium is not being manufactured in secret. As a result, RadiaBeam’s technology could improve both the safety and efficiency of a crucially important source of low-carbon power generation.

Scanning hidden cargo elsewhere, the technology could be applied to inspections of cargo containers. With high volumes of goods being transported around the world every day, port officials must continually scan containers for illicit materials across many different locations; completing their inspections quickly and efficiently to avoid holding up trade. RadiaBeam’s accelerator could allow this to be done using compact high-energy X-ray scanners, and they are working to adapt it for ‘Computed Tomography’ (CT).

With this technique, users can measure the attenuation of X-rays passing through concealed materials at multiple angles, resulting in 2D cross-sections. By taking multiple cross-sections in this way, computer software can then reconstruct 3D images of the materials. Moreover, by varying the beam energy, this technique will be able to determine the material composition of the inspected object. Using a handheld scanner which can produce high-energy X-rays on demand, officials could determine the contents of containers in many different places over short periods of time, potentially making it far more difficult for dangerous criminal groups to coordinate their global activities. 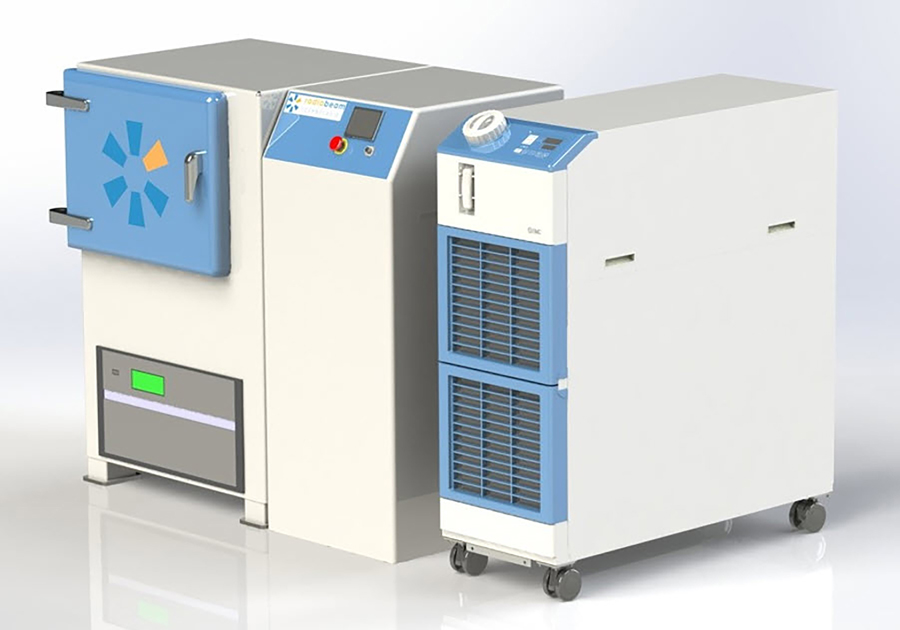 Improving access to safe radiation sources
By developing such a compact, inexpensive, and flexible source of high-energy X-rays, Dr Kutsaev and his colleagues hope that RadiaBeam’s technology will now lead to new advances in many different applications, which previously relied on the dangerous radiation produced through radioactive decay. In turn, improvements in agricultural pest management and inspection technologies could soon be joined by many other applications. The researchers will now work towards improving their techniques even further, making their cutting-edge particle accelerators accessible to a diverse array of organisations in the near future.

How easy will it be for your device to be manufactured on a large scale?

<>The complexity and cost of the accelerators is inversely scaled to the numbers produced. This is because it is easier to fabricate, treat and assemble many of the identical parts simultaneously. Importantly, it is also easier to maintain the supply of spare parts and improve reliability of a large-scale product. Therefore, if the market demand permits, scaling the manufacturing process should only improve its performance. RadiaBeam has experience of producing large quantities of serial products such as medical accelerators. 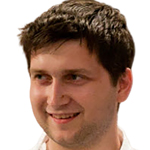 Dr Kutsaev received his Ph.D. in accelerator physics from Moscow Engineering Physics Institute in 2011, under supervision of Prof N.P. Sobenin. He then worked at Argonne National Laboratory in Prof Ostroumov’s group. Since 2014, Dr Kutsaev has served as an RF Group Leader at RadiaBeam Technologies. For his development of compact particle accelerators, he was elected as an IEEE Senior Member in 2020.

Dr Sergey Kutsaev and his team at RadiaBeam Technologies have developed flexible particle accelerators which can produce high-energy X-rays with a multitude of applications.