Behavioural Sciences
Sung Joon Jang is Research Professor of Criminology and Co-director of the Program on Prosocial Behavior at the Institute for Studies of Religion at Baylor University. His research focuses on the effects of religion on criminal offending and desistance and the rehabilitative effects of faith-based programmes on prisoners. Here, we take a closer look at Dr Jang’s research, which demonstrates that individuals who experience a fast increase in religiosity are expected to show either a fast decrease in crime/drug use (i.e. desistance) or a slow increase (i.e. deceleration).

Evidence from longitudinal and cross-sectional research on religion shows that religious involvement or religiosity tends to be inversely related to crime and drug use; that is, the more religious an individual is, the less likely the individual is to commit crime and use drugs. Dr Sung Joon Jang, Research Professor of Criminology and Co-director of the Program on Prosocial Behavior at the Institute for Studies of Religion at Baylor University, was intrigued by the ethnographic accounts of offenders showing that religion, particularly religious conversion, contributes to the termination as well as decline of criminal activities due to the offender’s identity transformation. Existing research has demonstrated that offenders who turn to religion to replace their old identities with new ones often find new meaning in their life as well as social support from coreligionists. This internal change and new identity stemming from religion marks the beginning of a non-criminal, prosocial life. To examine other types of internal changes attributable to an offender’s involvement in religion, Dr Jang conducted his own study using longitudinal data from juvenile offenders, followed over a decade, in the United States.

Novel approach: rates of change in religiosity and crime/drug use
The existing research focuses mainly on the relationship between the level of religiosity and the level of crime and drug use at a single point in time or changes in crime and drug use between two time points. For example, this means that studies typically examine whether individuals with high levels of religiosity at Time 1 report low levels of crime at Time 1 or a decrease in crime between Times 1 and 2.

Dr Jang’s study draws on prior research and expands on it by focusing on rates of change in religiosity and crime/drug use over more than two time points. Furthermore, Dr Jang’s research examines rates of change in four psychosocial variables, which are used to measure internal changes, in order to provide insight into religiosity’s relationship with crime and drug use: moral disengagement, legal cynicism, impulse control, and suppression of aggression. The first two variables have rarely been tested despite their relevance to the explanation of crime and drug use, whereas the others are measures of self-control. These psychosocial variables are expected to mediate the religiosity–crime/drug use relationship (i.e. explain the effect of religiosity on crime/drug use) because religiosity is likely to be associated inversely with moral disengagement and legal cynicism and positively with impulse control and suppression of aggression, whereas the former (moral disengagement and legal cynicism) and latter variables (impulse control and suppression of aggression) are likely to be related to crime/drug use in the positive and negative direction, respectively.

Religiosity [increased] impulse control and suppression of aggression and [decreased] moral disengagement and legal cynicism, which resulted in a decrease in crime and drug use.

Methods and sampling
To test these hypotheses, Dr Jang applied latent growth modelling (which makes it possible to estimate a relationship between rates of change in variables over time) to data from the Pathways to Desistance study. Specifically, the study analysed panel data from a baseline interview with 1,289 adjudicated youths (1,121 males and 168 females) from the juvenile and adult court systems in two counties of the United States (one in Arizona and the other in Pennsylvania) and 10 follow-up interviews, conducted between 2000 and 2010. A youth’s religious involvement was measured in terms of objective religiosity (the frequency of attending church, synagogue, or other religious activities) and subjective religiosity (religious salience, experiences, and efficacy). Crime was captured by using 19 items (11 aggressive and 8 income offending), whereas drug use was measured in terms of binge drinking and marijuana use.

The study examined the above-mentioned psychosocial characteristics to provide insight into religiosity’s relationship with crime and drug use: moral disengagement, legal cynicism, impulse control, and suppression of aggression. These characteristics were measured by multi-item scales (taking into account one or more attributes), and time-varying as well as time-invariant covariates were controlled for in analysis. In terms of time-varying covariates, a measure of exposure time is included in Dr Jang’s analysis. This measures time on the street vs in secure settings, whether an institution, drug-treatment programme, or psychiatric hospital, which would affect the probability of offending and drug use. Time-invariant covariates included gender, race, age, social class and family structure.

The total sample included 86.6% male, 21.3% white, 43.5% black, and 35.2% Hispanic youth. A small minority (15.0%) of study participants were living with their biological parents at the time of the baseline interview, whereas parental education was, on average, higher than 2-year college degree or its equivalents, though less than 4-year college degree. The average age of participants at the initial interview was about 16 years old, and the last interview (#11) was conducted when they reached (on average) age 23.

The main findings
Results generally supported the hypotheses. First, juvenile offenders whose religiosity increased fast were likely to have their crime, marijuana use, and, to a lesser extent, binge drinking decrease fast or increase slowly. That is, juvenile offenders who increasingly attended religious activities, perceived religion to be important and helpful in their lives, and experienced God’s care and love and a close personal relationship to God, were likely to increase their crime/marijuana use slowly, or decrease quickly, relative to those who did not.

Religion needs to be seriously considered for criminal justice policy within constitutional boundaries.

The study also found that the relationship between rates of change involving objective religiosity (e.g. church attendance) was less likely to be significant than that involving subjective religiosity (e.g. religious salience). This finding contradicts some of the earlier studies (e.g. Evans et al. 1995). This inconsistency may be attributed to a specific situation of juvenile offenders, who may have attended religious activities for instrumental or utilitarian purposes (e.g. to gain trust and/or access to resources and favour from others, including justice authorities).

Practical implications: religion and criminal justice policy
Religion is found to contribute to positive behavioural changes among juvenile offenders by enhancing prosocial characteristics and reducing antisocial ones. These findings regarding religious influence on internal change are consistent with previous studies that show religion has rehabilitative effects on offenders by helping them replace their criminal identity with a new one (e.g. a child of God), develop a sense of meaning and purpose in life, and enhance personal virtues. The overall findings have a practical implication: religion needs to be seriously considered for criminal justice policy within constitutional boundaries.

Limitations of the study and scope for future research
First, although Dr Jang’s study focused on the effect of religiosity on crime and drug use, the reversed effect was not examined simultaneously although reciprocal relationships between religiosity and crime/drug use are plausible (e.g. Johnson et al. 2001). Similarly, relationships between religiosity and its psychosocial correlates and those between psychosocial correlates and crime/drug use might have been bidirectional as well. For example, legal cynicism was likely to decrease religiosity, while religiosity was expected to decrease legal cynicism. Second, the sample of juvenile offenders, from which this study’s data were collected, were drawn in two counties of different states and were not based on random selection. As a result, the present findings are not generalisable, even to those counties. In addition, future research needs to replicate the present study by analysing data from non-institutionalised as well as institutionalised youths to see whether the patterns of relationships are consistent with what this study found. Third, this study did not test hypothesis for gender or race/ethnic groups, so future studies need to fill this gap. Finally, besides the key variables, the participant’s sociodemographic characteristics were included in the model, but could not control for other variables including their delinquent backgrounds.

What sparked your interest in this research?

<> First, the inverse relationship between religiosity and crime/drug use is well established based on samples of the general population but has been less often examined using data from offenders despite its potential policy implications. Second, prior research was based mostly on cross-sectional data, and, if longitudinal data were used, they were collected at two or three time points. Thus, its analysis was largely correlational, not causal, and unable to estimate a long-term relationship between changes in religiosity and crime/drug use. Finally, why religiosity is inversely related to crime/drug use has been understudied. This study intended to address the limitations of prior research.

Religiosity, crime and drug use among juvenile offenders was last modified: November 6th, 2020 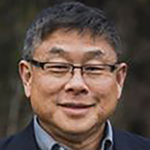 Sung Joon Jang is Research Professor of Criminology and Co-director of the Program on Prosocial Behavior at the Institute for Studies of Religion at Baylor University. His research focuses on the effects of religion on criminal offending and desistance and the rehabilitative effects of faith-based programmes on prisoners.

Dr Jang investigates the inverse relationship between the rates of change in religiosity and crime/drug use among juvenile offenders in the United States.

Protecting bottlenose dolphins from coastal construction
Biology
Read This Article
Is the magic in the muscle? Targeting skeletal muscle to improve cardiometabolic function in ageing
Health & Medicine
Read This Article