Biology
While natural disturbances like fires and floods can pose a risk to human life, in some places these events can help to support a diverse ecosystem. Forest fires, for example, allow species like oak to thrive and support a rich insect population, which in turn feeds many different birds. Dr Mike Eichholz of Southern Illinois University Carbondale studies the influence of habitat management – including allowing or preventing natural disturbances – on bird populations. Understanding these complex interactions informs forest management practices that support biodiversity.

The 2019-2020 Australian wildfires burnt an enormous 186,000 square kilometres of land. The season, often referred to as “Black Summer” by the media, also saw the destruction of almost 6,000 buildings and 34 deaths. Shortly earlier, the 2019 California wildfire season involved the burning of more than a thousand square kilometres.

Natural disturbances like wildfires are normally seen as a negative event, particularly when they are as high-profile as those of Australia and California. This is understandable, as these events can pose a threat to human life and property. Governments put huge efforts into avoiding or mitigating this type of disturbance. What is less well known is that, for some natural communities, disturbances actually help to create and sustain the ecosystem. For some grassland and prairie plants, for example, fires are an essential part of their life cycle.

Around the world, suppression of natural disturbances is causing unprecedented change to ecosystems. This has unforeseen effects on every form of plant and animal life, from the smallest insects to the tallest trees. The potential result is a widespread loss of biological diversity. This does not only happen in environments that are directly affected by human actions; the effects also spread to other areas as the unintended consequences proliferate.

To protect and support a diverse ecosystem, a better understanding of how human actions – including preventing natural disturbances like fire and flood – affect the natural world is urgently needed.

Changing forests
Perhaps some of the most important organisms in an ecosystem are the least visible. Arthropods, a group which includes insects, spiders and centipedes, are the most abundant creatures in the animal kingdom. One of their many roles in the ecosystem is as food for other animals, including numerous species of birds; woodpeckers, for example, famously eat bark-dwelling insects.

Dr Mike Eichholz, an avian ecologist at Southern Illinois University Carbondale, is interested in the relationships between insect-eating birds and their prey. Broadly speaking, a more diverse community of arthropods is able to support a greater variety of birds. Which arthropods are found in a given area is inextricably linked to the plants that grow in that environment. In ecosystems which rely on natural disturbances, the plant community can undergo dramatic changes when those disturbances are suppressed by human activity. When the plants change, so do the arthropods they support.

In ecosystems which rely on natural disturbances, the plant community can undergo dramatic changes when disturbances are suppressed.

Dr Eichholz and his colleagues hope to discover what happens to the arthropod and bird populations when natural disturbances are restricted. In recent work, Dr Eichholz and his team compared different types of woodland in Southern Illinois. In this region of the USA, the last few decades have seen a gradual change in forest composition as a result of suppressed disturbances, in particular forest fires.

In a process called mesophication, shade-tolerant species in this area, such as maple and beech, have been increasingly able to out-compete and replace trees which prefer drier conditions and a more open canopy, like oak and hickory. Maple and beech are known as end-succession species. Succession is the change in species in a community over time, leading to, for example, a mature forest. Oak and hickory, however, are mid-succession species, and are commonly found in forests where succession is interrupted by disturbances such as wildfires.

Dr Eichholz and his team carried out detailed studies of the types and numbers of arthropods present in woodland dominated by oak and hickory trees, versus areas mostly populated by maple and beech. The researchers suspected that more arthropods, in terms of both numbers and diversity, would be found in oak/hickory areas than in maple/beech woodland. This is because the leaves of oak and hickory tend to be more palatable to arthropods, as the trees are less reliant on chemical defences to avoid predation compared to other species. Also, the bark of oak and hickory trees tends to have deep furrows as protection against overheating; these furrows also offer an ideal home for many species of arthropod. Birds which feed on insects that live in bark are more commonly seen on this type of tree.

In search of arthropods
To test these ideas, Dr Eichholz and his colleagues examined a number of different sites within the Shawnee National Forest of Southern Illinois in the summers of 2014 and 2015. In the 2014 study, a total of 22 sites were selected. Some were dominated by oak and hickory, while others held mostly maple and beech. Over the course of one month, the researchers collected arthropods at each of the 22 sites using a method called branch-clipping (clipping tree branches encased in plastic collection bags with a long-handled clipper). The results supported the researchers’ predictions: more arthropods were found in oak and hickory trees compared to maple and beech.

In the second study, carried out in July 2015, six sites were selected. Three sites were dominated by oak and hickory, while the other three held mostly maple and beech. This time, the team set insect traps around the trunk of a total of 54 individual trees. After nine days, the arthropods in the traps were identified and counted.

The researchers found that, at the time of the study (July), hickory trees do support more arthropods than maple and beech. Over 70% of the arthropods collected from hickory trees belonged to the orders Hymenoptera (which includes ants, bees and wasps) or Orthoptera (grasshoppers, locusts and crickets.) These arthropods are known to make up an important part of the diet of birds that feed on bark-dwelling insects. Interestingly – and contrary to the researcher’s predictions – there was little difference in the abundance of arthropods on oak, maple and beech trees. This suggests that something other than bark texture could be responsible for the differing arthropod populations.

Both studies found both the highest number, and greatest diversity, of arthropods living on hickory trees. This suggests that the foliage of these trees is most palatable to insects – even the surrounding leaf litter could harbour more species.

Forest management should aim to slow the mesophication process and allow species like oak and hickory to continue to thrive.

Managing disturbance could support diversity
The research of Dr Eichholz and his colleagues supports the idea that some species of fire-dependent trees support more arthropods. These arthropods, which are found in the bark and amongst the foliage of trees like oak and hickory, are an essential part of the diet of insect-eating birds and mammals. Sadly, insectivorous birds are already in decline in many parts of the world as a result of human interference in their habitat. If the shift towards trees that support fewer arthropods continues, they could also be in danger in the forests studied in this research.

Dr Eichholz believes that forest management should aim to slow the mesophication process and allow species like oak and hickory to continue to thrive. These trees, with their richer population of arthropods, are better able to support a healthy community of birds. Although the data gathered by Dr Eichholz and his colleagues suggests that hickory trees support a greater abundance of arthropods than oaks, the two trees favour similar conditions. Therefore, forest management that aims to conserve one species will also benefit the other.

If the shift towards end-succession species like beech and maple continues unchecked, Dr Eichholz believes that there will be a decline in birds that feed on bark-dwelling arthropods. Species like woodpeckers and nuthatches play vital roles in the ecosystem, including maintaining tree health by controlling insect populations. Losing these species could have unforeseen and ecologically disastrous consequences.

While the ideal way to control mesophication, from an ecological perspective, might be to allow disturbances to happen – for example, through controlled fires – in practice this would be difficult to achieve in a safe and socially acceptable way. Dr Eichholz recommends that alternative solutions should be explored in at-risk areas. For example, tree felling, when carefully planned and managed, could achieve the same effect as natural disturbances.

The relationships within an ecosystem are complex, delicate and only partially understood. While the work of Dr Eichholz and his colleagues focuses on birds and arthropods, it also demonstrates the value of further research into the intricacies of all ecosystem relationships. Understanding how even small parts of the natural world function will help to protect the whole.

How could this work influence research in other types of habitat?

<>My colleagues and I have found similar results in studies of grassland systems. Grassland birds are the group of birds showing the greatest rate of decline in North America. Large-scale disturbances such as fires are needed to maintain grassland plant species diversity. We’ve found evidence that diversity of the vegetation in grasslands influences arthropod, small mammal, bird, and nest predator diversity and abundance. These factors interact to influence grassland bird nest site selection and productivity.

Zarri, E., Eichholz, M. and Sierzega, K. (2020). Potential influences of forest mesophication on corticolous arthropods as a food base for insectivores in eastern deciduous forests. Forest Ecology and Management, 461. Available at: https://doi.org/10.1016/j.foreco.2020.117933 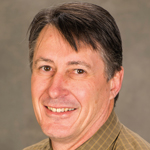 Dr Eichholz is an avian ecologist in the Cooperative Wildlife Research Laboratory, Professor of Zoology and Director of the Professional Science Master’s Program in Wildlife Administration and Management at Southern Illinois University Carbondale. Dr Eichholz’s primary research interest is the influence of habitat management on bird population dynamics.

Dr Eichholz and his team study how the lack of large-scale disturbances such as wildfires impacts the species composition of plant communities and, in turn, higher trophic organisms such as birds.