The biochemical processes responsible for energy production in cells and for its utilisation in cellular metabolism have been studied extensively. Although several details of how these complex chemical reactions take place have progressively been clarified, far less is known about the structure of the biomolecules involved and their interactions. Professor emeritus János Hunyady, from the University of Debrecen, Hungary, is proposing a new model of how the continuous production of ATP, the energy currency in living cells, occurs through the formation of structures for energy transformation and how these regulate ATP production in aerobic and anaerobic conditions.

Every second, about 10 billion chemical reactions take place inside a single living cell. These reactions are carefully regulated by a complex network of biological cycles, which are responsible for the continuous synthesis, transformation, and degradation of a large number of molecular species. This biological machinery, which keeps single cells and complex multi-cellular organisms alive, relies on a continuous supply of energy. Energy is required, for instance, to carry out reactions that would not normally occur in abiotic conditions and that are necessary for life.

Energy production in cells
In living cells, energy is stored in the form of adenosine triphosphate, or ATP. This is a ‘high-energy’ molecule which, once synthesised, can interact with specific biomolecules, called enzymes, to supply the energy they require to make chemical reactions possible in physiological conditions within different regions of the cell. At the University of Debrecen, Professor János Hunyady has been formulating how ATP is synthesised in cells. Based on computational results concerning the molecular conformation of active species involved in ATP generation, their arrangement and interactions, he has proposed the existence of structures for energy transformation, which are providing a novel approach to understanding how cells are able to continuously renew their ATP supply and to unify models for ATP-production processes in different classes of organisms.

Biosynthesis of ATP
ATP can be synthesised in cells through various processes. In aerobic respiration, ATP is produced, along with carbon dioxide and water, from oxygen and glucose through a process called aerobic glycolysis. This reaction takes place within specific cellular organelles known as mitochondria and stores the energy released by the breaking of the chemical bonds of oxygen molecules in the form of a phosphate group ([PO4]3-) in ATP. It is the transfer of a phosphate group from ATP that triggers reactions catalysed by ATP-activated enzymes. In anaerobic respiration, which is used primarily by unicellular organisms like bacteria and archaea, chemicals other than oxygen are used as an energy source for the synthesis of ATP, in a process called anaerobic glycolysis. ATP can also be generated in mitochondria through a process known as oxidative phosphorylation and in plants through photophosphorylation, in which solar light is converted into energy, again in the form of ATP.

Structures for energy transformation
The efficiency of ATP production depends on the biosynthesis mechanism. In anaerobic and aerobic glycolysis, two and four ATP molecules are produced from each glucose molecules, whereas oxidative phosphorylation produces 36 ATP molecules. Eukaryotic cells, which, unlike bacteria and archaea, typically possess a cellular nucleus containing most of the genetic information required for cellular duplication, evolved from the symbiosis of organisms using aerobic glycolysis for ATP synthesis and modern cells with oxidative phosphorylation as their energy production mechanism. This suggests that the energy production and storage systems in eukaryotes may have evolved gradually with time. This observation has led Hunyady to postulate that the energy systems in different classes of cells all comprise the same building blocks.

In living cells, energy is stored in the form of adenosine triphosphate, or ATP.

Energy systems in eukaryotes
According to the model developed by Hunyady, two types of structures for energy transformation appear in eukaryotic cells, which enables them to produce and store energy in both aerobic and anaerobic conditions and which explains their ability to recover from temporary oxygen deprivation. These structures for energy transformation, which are labelled SET-AG and SET-OP, carry out the synthesis of ATP using aerobic glycolysis and oxidative phosphorylation, respectively. SET-AG and SET-OP assemble several biomolecular units with roughly spherical shapes and sizes ranging from 1.5 to 3.0 nm (Figure 1).

Vitamin C and uric acid
Using computational results for the atomic properties of adenine molecules (one of the building blocks of ATP) and docking simulations (Turecek, et al and Korth, et al), Hunyady has been able to propose a detailed picture of the structure of SET-AG and SET-OP and of the chemical processes that lead to the formation of ATP in each of them. His model suggests that two ascorbate molecules (vitamin C, or ascorbic acid) occupy the empty pocket of a nicotinamide adenine dinucleotide phosphate (NADP) molecule, within the inner membrane of the mitochondria, and they preferably bind to the adenine groups. He has also proposed that the adenine groups in NADP originate from the chemical conversion (amination) of uric acid, which then plays the role of an oxygen source inside the cell.

ADP-producing units
Once formed, adenine molecules bind to one flavin molecule, one nicotinamide molecule, and two L-ascorbic acid molecules. Six D-glucose molecules also bind to this complex, forming what Hunyady indicates as an ADP-producing unit (ADP-PU). ADP, or adenosine diphosphate, is a precursor of ATP: it is the additional phosphate group of ATP that gives it the ability to act as an energy storage molecule. ‘The structure of the ADP-producing unit’, explains Hunyady, ‘represents a track for the flow of electrons that is required to support life.’

Continuous ATP production
ADP-producing units play a central role in the function of the two structures for energy transformation of eukaryotic cells. SET-AGs contain three of these units, in addition to a series of macromolecular complexes, dehydrogenase enzymes, and clusters of Fe and S atoms, which ensure their continuous operation. SET-OPs are composed of three SET-AGs, one pyruvate dehydrogenase enzyme and three high-molecular weight cytochromes. In both cases, the synchronised function of the individual components results in continuous energy, ATP and H+ production (Figure 2).

Hunyady proposes the existence of structures for energy transformation, providing a novel approach to understanding how cells can continuously maintain their membrane potential and renew their ATP supply.

Dual energy supply
The very first living organisms that appeared on Earth 3 billion years ago were bacteria thriving in a world without oxygen. Organisms similar to cyanobacteria (or blue algae) appeared approximately 2 billion years ago. They had evolved the ability to exploit solar light using photosynthesis to produce the energy necessary for their survival. They also enriched the atmosphere with oxygen, with disastrous consequences for anaerobic bacteria, whose metabolism made them extremely vulnerable to free radicals, like oxygen. To develop an effective defence system against free radicals and avoid being destroyed, early anaerobic eukaryotic cells entered a symbiotic relationship (or endosymbiosis) with aerobic bacteria. This process led to the appearance of mitochondria within eukaryotic cells.

Hypoxia-induced factor
Mitochondria provide the cell with a significantly larger energy supply than that afforded by anaerobic respiration, along with a highly effective defence against free radicals. Because of endosymbiosis, modern eukaryotic cells can function in both anoxic and oxygenated environments. ‘Modern cells’, says Hunyady, ‘adapt to their environment, thanks to the so-called hypoxia-induced factor. In an anoxic environment, cells use the SET-AG mechanism for aerobic glycolysis, while they switch to SET-OP in the presence of oxygen.’

The disadvantages of endosymbiosis
While the ability to switch between SET-AG and SET-OP for energy production enhances the ability of cells to adapt to adverse environmental conditions, it can also impact the resilience of multicellular organisms to pathological conditions, like cancer. It has been postulated that tumorigenesis is linked to insufficient cellular respiration. Whereas tumoral cells use aerobic glycolysis as their main energy supply, healthy cells generate energy by oxidative phosphorylation. The anomalous proliferation of tumoral cells creates anoxic regions in the body, caused by cells gradually moving away from blood vessels and activating their SET-AG mechanism. The hypoxia-induced factor system will then ensure the cell’s glucose demand and induce neovascularisation. This process thus promotes cancer growth, which is supported both by cells using oxidative phosphorylation and by those using aerobic glycolysis. The detailed mechanistic model of ATP synthesis proposed by Hunyady may provide guidelines on potential cancer treatment approaches based on glucose deprivation or the use of vitamin C.

The structure of the energy transformation model of cellular metabolism that you are proposing can have important implications in disease treatment, particularly for cancer. What are its prospects for application to therapy?

The knowledge regarding the role of vitamin C in glycolysis might open the way for the successful treatment with high-dose, intravenously used vitamin C in cancer. The model points out that vitamin C starts a reaction resulting in ribose, a component of ATP. The reply might destroy the cell in the case of glucose deficiency. The tumour’s nature and hormone dependency, diabetes mellitus, and the liquid’s composition (physiological NaCl, 5% dextrose, or Ringer’s solution) used in the infusion preparation are the most essential supposed determining factors of the successful treatment.

Hunyady, J, (2021) The role of Vitamin C in the energy supply of cells. Hypothetical structure for energy transformation. Journal of Scientific Research and Reports, 27(7), 30–44. www.journaljsrr.com/index.php/JSRR/article/view/30409 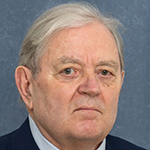 János Hunyady received his MD from the Faculty of Medicine University of Szeged, Hungary, and his PhD in 1983 and Dr Sc degree in 1993. He was a postdoctoral fellow, Naval Medical Research Institute, National Naval Medical Center, Bethesda, Maryland in 1979. He got a German-Hungarian Research Fellowship, Faculty of Medicine, Department of Dermatology, Erlangen, Germany, in 1985. He was Head of Department of Dermatology at the Debrecen University of Medicine, Hungary (1992–2007), where he is currently Professor emeritus.

János Hunyady has formulated how ATP is synthesised in cells based on published literature sources.