Earth & Environment
In Somaliland, a northern area of Somalia that operates as an independent country, many of the population rely on frankincense for income. Frankincense is a resin derived from the Boswellia tree. However, the trees are being overharvested, and locals have found themselves in a poverty trap. Despite a huge increase in the price of frankincense on the global market, harvesters see little financial benefit. Dr Anjanette DeCarlo, Chief Sustainability Scientist at the Aromatic Plant Research Center and director of the Save Frankincense initiative, is determined to design a better, more sustainable industry that protects frankincense and those who depend on it.

Frankincense has a medicinal and religious history that can be traced back almost 5,000 years. The substance, the resin of Boswellia trees, has been used to treat wounds, skin infections, inflammatory diseases, dementia and various other ailments, spanning both Ayurvedic and Chinese traditional medicines. Its widespread use over millennia makes it one of the oldest commodities traded on a global scale.

For thousands of years the resin has been a prized possession, even famously gifted to the newborn Jesus. Two thousand years later, frankincense has made a resurgence, climbing in value as global demand for essential oils increases.

This should be good news for the groups who farm the resin from trees which grow across the horn of Africa. In Somaliland, the resin has a reputation locally as being a safe and stable source of income.

This region of Northern Somalia claims unofficial country status, and has operated as an independent country since 1991, with governance independent from the Somalian capital Mogadishu. In the 1980s it was estimated that the frankincense industry supported over 10,000 families, a figure which is likely to have grown, making it one of Somaliland’s main industries.

Somaliland’s independence has come with its own challenges. Security is hard to come by in a place where local militias clash with those in bordering regions, such as Puntland, regularly. Recent droughts have led to economic problems, which have resulted in frequent violent conflict over resources, especially water. Many conflicts end in like-for-like revenge killings, and there have been instances of kidnapping. Clans control access to the land, making the area difficult to access, not to mention dangerous to spend time in.

Populations of Boswellia are decreasing
Studies of Boswellia species outside of Somaliland/Somalia have found that populations of the trees are decreasing due to a combination of fire, grazing animals, changing use of land, attacks by insects, and improper harvesting. In Ethiopia, the largest exporter of frankincense in the world, it is predicted that the Boswellia tree will be almost completely gone within the next three decades.

This highlights a real need to investigate the native population of Boswellia in Somaliland and Somalia. However, local tensions mean that spending any time performing research on the frankincense industry in the area comes with a genuine possibility of danger.

The majority of harvesting locations had trees that were being over-harvested, some trees even bearing over 100 cuts.

DeCarlo’s work also aims to determine whether best practice is actually followed by local farmers, and what might happen if it isn’t. It also considers the effect of the international industry on harvesting practices, how Somalians perceive the industry, and how the industry is changing over time.

Rapid assessment
Because of the difficulty performing a conventional sustainability assessment, DeCarlo opted to use a rapid assessment approach, visiting the Sanaag Area of Somaliland in two time periods: once in 2010 and four times during 2016-17.

While visiting the area, DeCarlo performed interviews with harvesters, landowners, traders, clan elders and government personnel, and visited harvesting sites to directly observe evidence of how the frankincense was collected, based on the number and depth of cuts, the condition of the trees and images of forest density data using drones.

Abandoning traditional harvesting practices
Traditionally, harvesters in the Somaliland area have been partially nomadic, herding animals for much of the year, and settling near frankincense trees during the harvesting season. This has changed recently, with some permanent settlements near the trees, and land being split up between male heirs in increasing large families into areas referred to locally as ‘farms’. These frankincense-harvesting areas are largely governed by elders, who are responsible for handling disputes. Local law called ‘xeer’ sets out that the trees shouldn’t be unnecessarily harmed by farming and shouldn’t be used for animal feed.

Interviews with local farmers and elders reveal that there is a lot more knowledge embedded within the community – but not all harvesters follow it. There is general agreement that trees shouldn’t be tapped until they are at least 10 centimetres in diameter, and that this should be done with 3-13 shallow cuts. Trees should additionally only be harvested in specific seasons. Of the local Boswellia trees, some of them should be harvested between the season known locally as ‘xagaa’ (April to October), and the others in ‘deyreed’ (September to June).

Despite this local wisdom, almost all the people interviewed agreed that these practices are not being followed across the region – many put this down to people harvesting trees that don’t belong to them (renting the farm or illegally tapping), resulting in too many cuts per tree, and conducting two harvests per year. An insect known locally as ‘xare’ was also considered to be on the rise, which is known to bore into the trees and can do this much more easily on wounded and stressed trees.

DeCarlo’s observations backed up these reports – the majority of harvesting locations she surveyed had trees which were being overharvested, some trees even bearing over 100 cuts. In one of the surveyed locations, only one-third of adult trees were healthy. Two-fifths were stressed; more than a quarter were dead.

Reasons for overharvesting
Creating an environment where more sustainable harvesting could occur requires a deep level of understanding of why these trees are being over-harvested. Interviews with younger harvesters revealed a perception that making more cuts into trees results in a larger harvest – a notion contradicted by experienced harvesters and elders.

It is unfair to blame harvesters caught in a poverty trap for making decisions that are so strongly incentivised.

In 2010, this perception in combination with desperation caused by the low frankincense price – around $1 per kilogram – led many harvesters to attempt to extract as much as possible from the trees. By 2016 resin prices had increased almost ten times. Despite this, overharvesting was still occurring, partially due to the pressure placed on harvesters by exporters to produce as much resin as possible.

Over these six years, the trade network had increased in complexity, meaning that wealth has begun to be concentrated in the hands of exporters – not the harvesters. Despite more money flowing through the frankincense market, very little reached the harvesters themselves. What little additional income was available diffused rapidly among large family groups. DeCarlo describes this as a ‘poverty trap’ where rising prices on an international market do not lead to any local economic improvement.

If anything, the income per person in the Somaliland frankincense market has actually decreased: increased harvesting appears to have led to more trees dying; a higher population means that these trees are shared amongst a larger group; and larger families mean that family members are beginning to compete for resources from the same trees. A final factor that affects per-capita resources is an uptake in the use of ‘khat’, a drug that many traders and community members cited as a driver of poor performance, which also drives money away from households.

Sustaining frankincense
These factors, in combination with fluctuating market prices, mean that many harvesters find it difficult to form long-term strategies for harvesting frankincense. DeCarlo feels that it is unfair to blame harvesters caught in a poverty trap for making decisions that are so strongly incentivised. Creating a sustainable harvesting process is difficult but would have enormous impact on development outcomes.

The key to this may be in harnessing the spending power of socially conscious consumers. Tracing products to their origins is important so that these consumers know whether their product has been harvested using the sustainable best practices outlined by locals and compiled by DeCarlo.

Organic certification has been used in some cases but has not proven effective at distinguishing between sustainable and unsustainable harvesting practices. DeCarlo’s research has led her to identify a new species of frankincense-bearing tree, which was known locally but previously unknown to science. The frankincense from this tree − called Boswellia occulta for its ‘hidden’ identity – contains methoxydecane, a signature chemical that doesn’t appear in frankincense from other species. However, essential oils being sold commercially as pure Boswellia carteri often turn out to contain methoxydecane, demonstrating the lack of traceability in the supply chain.

However, new approaches are beginning to emerge – one supplier has been FairWild certified, and others are beginning to use technological approaches to assure sustainability. But consumers will have to be on board as well, because if nothing changes, there’s a very real possibility that frankincense will be lost to history

In your opinion, which party needs to take action to effect change in the frankincense industry: harvesters, exporters, consumers, or someone else?

<> All parties in the supply chain need to take action. Harvesters and landowners would do well to form cooperatives, where they can advocate for their needs more effectively. The current fragmentation of the suppliers increases poverty and decreases overall health of the Boswellia forests. Exporters must incentivise sustainability and not push communities to tap more than what the trees can take and follow the best practices. They also must give back and invest in the communities. The international companies that purchase from exporters should only buy from those who are following social and environmental best practices. Moreover, they must have traceability of where the resins come from so that the trees can be monitored. Consumers of frankincense resins and oils must educate themselves and, with that awareness, demand traceability both socially and environmentally from the companies they buy from.

Wild-crafted products like frankincense that come from slow growing trees must be especially cared for sustainably and treated with an appropriate level of reverence. If all parties work together, we can not only save frankincense, but we can see it and the communities that depend on it thrive.

Save Frankincense: Overharvesting of a precious commodity and approaches to ensure sustainability was last modified: June 24th, 2020 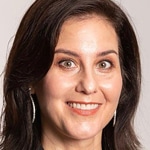 Dr Anjanette DeCarlo is currently Chief Sustainability Scientist at the Aromatic Plant Research Center, where she conducts field research and ecological supply chain analysis on aromatic species. She also directs the Save Frankincense initiative. Dr DeCarlo received her doctorate in Natural Resources and Environment from the University of Vermont and has worked on post-conflict evaluations of natural assets and environmental projects all around the world, some of which include Somaliland, Ethiopia, Sierra Leone, Peru, Cuba, Mexico, Dominican Republic, and China. Recently, Dr DeCarlo’s work on frankincense was highlighted on CNN Inside Africa, National Geographic and in the New York Times.

DeCarlo’s work focuses on frankincense and how sustainable harvesting practices might be introduced.

DeCarlo, A. (2020). Save Frankincense: Overharvesting of a precious commodity and approaches to ensure sustainability. Research OUTREACH, 114. Available at: https://researchoutreach.org/articles/save-frankincense-overharvesting-precious-commodity-approaches-ensure-sustainability/ (Accessed YYYY/MM/DD)