Nanoscale cellulose materials obtained from the chemical treatment of biomass are very effective agents for the removal of toxic species from water, including heavy metal ions. Professor Benjamin S. Hsiao and his collaborators at Stony Brook University have developed a simple, inexpensive and environmentally friendly approach to preparing nanostructured cellulose for water purification, based on a nitro-oxidation reaction carried out on biomasses of diverse origins. In addition to providing cellulose with a superior affinity for dissolved toxic ions, this process yields nitrogen-rich salts as byproducts, which can be recovered and used as fertilizers.

The ability to remove pollutants quickly and efficiently at low cost is a basic requisite for the human utilisation of water in a large variety of environments and situations. For instance, in many developing countries, clean water remains a rare and precious commodity, since the available (and often very limited) sources of water frequently contain human pathogens of bacterial origin, incompatible with human consumption. In industrialised societies, metal pollutants also pose a severe threat to health and the environment.

Heavy metal contaminants in water
Heavy metal ions are among the most common pollutants of drinking water in modern societies. For instance, lead ions are powerful neurotoxins and they constitute the most prevalent form of heavy metal water pollution on a global scale. Over a hundred thousand deaths attributed to lead poisoning have been reported in 2016. Lead poisoning has also been linked to the appearance of defects at birth and to cancer. Lead is commonly used in the infrastructures for water transportation and supply around the world, and the amount of metal dissolved in drinking water increases with time due to the progressive corrosion of the infrastructure. Furthermore, the recent practice to add chloramine for disinfection in water treatment facilities has led to even higher concentrations of lead ions in drinking water, because of the reaction of chlorine with lead in domestic pipes, which promotes the metal dissolution.

Biomass is a vast source of nanoscale cellulose, which can be chemically modified to act as an effective
water purification material.

Another major pollutant is cadmium, which is extensively used in electronic circuits, batteries, solar cells, paints and pigments, and can enter water sources through industrial waste and run-offs. Consumption of water or food contaminated with cadmium can lead to severe gastrointestinal irritation and, potentially, to death. Increasing levels of cadmium contamination have been reported in recent studies in some areas of Africa, Asia and South America, although the problem is by no means limited to these regions.

Uranium is also a common water contaminant. High levels of uranium salts are observed not only in nuclear waste but also in water sources from regions (including New Mexico, Australia, Austria, Kazakhstan, Canada, India and the Czech Republic) in which this element exists in large concentrations in the bedrocks and in groundwater. Upon ingestion, uranium can rapidly enter the bloodstream and bind to red cells, to form a uranyl-albumin complex, which can accumulate in the kidneys and in bones.

Removal of heavy metal ions, as from the above examples, or bacterial pathogens from drinking water can be accomplished by exploiting the ability of materials with suitable functionality (for example activated charcoal or synthetic polymers) to bind the pollutants, whilst remaining insoluble in water. After binding, they form secondary contaminants and need to be removed. The floc formed from the interaction of nanocellulose and heavy metal ions (as well as bacterial pathogens) can be easily removed by gravity-driven filtration or decanting, thus avoiding the addition of costly means. Nanocellulose is one of the most promising classes of materials for water purification, in view of its availability, abundance and low environmental impact, as it can be extracted from any biomass such as trees, plants and weeds.

Carboxycellulose: a functional material for water purification
Cellulose is the most abundant organic polymer on Earth, and it is a primary component of the cell walls in plants. It is composed of long chains of D-glucose units, connected by bridging oxygen atoms. It is abundant in natural fibres (for instance, its content in cotton is roughly 90%) and in wood (40-50%) and it is the raw material for the large-scale production of important materials, including paper, cellophane and rayon. Cellulose derivatives obtained by chemical treatment of raw cellulose can also bind efficiently with metal ions in water.

The work of Dr Hsiao has focused specifically on carboxycellulose, which is composed of cellulose chains that have been chemically modified to include carboxylate groups (–COO–) in their structure. Nanostrcutured carboxycellulose has two key features, which make it highly attractive as an ion-binding material. First, its nanoscale structure originates from the existence of building blocks (cellulose microfibrils) in the cell walls of raw biomass materials, rather than from the recombination of dissolved cellulose chains. The production of nanostructured carboxycellulose, therefore, does not necessarily require energy-intensive processes. Second, the chemical modification of the cellulose matrix (through processes like oxidation, carboxymethylation, phosphorylation, acetylation and silylation) introduces negative charges in the cellulose structure, which promote nanofiber dispersion in water and provide functional molecular sites for the adsorption of dissolved species. For example, carboxycellulose nanofibers offer very large surface areas and chemically active functional groups, which make them ideally suited for filtration membranes and adsorption media for water treatment.

Nanostructured carboxycellulose from biomass
Carboxycellulose nanofibers can be obtained through several approaches. One of the most efficient approaches is the TEMPO-mediated oxidation reaction, which converts -OH groups in the cellulose polymer into carboxylate groups in mild conditions. This promotes the fibrillation of large cellulose aggregate into nanofibers whilst maintaining long fibre length (submicrons to microns). However, this method is carried out as a sequence of several steps, and it requires speciality chemicals (e.g. sodium hypochlorite, sodium bromide and TEMPO reagents) that generate dangerous radical species. Its sustainability as a large-scale process to produce nanostructured carboxycellulose remains, therefore, limited. Alternative approaches have also been proposed, based on etherification, oxidation, esterification and carboxymethylation of cellulose, which are only effective for cellulose samples with small concentrations of lignin and hemicellulose and require a preliminary treatment with chemicals like alkali and bleaching agents, along with mechanical treatment, to fully fibrillate the cellulose matrix into nanofibers.

Nitro-oxidation: a clean route to functional nanocellulose
Dr Hsiao and his co-workers have developed a simpler and far more sustainable approach to the production of carboxycellulose nanofibers from untreated biomass, based on the use of a mixture of nitric acid (HNO3) and sodium nitrite (NaNO2) as the only required chemicals. This process has been shown to work very efficiently for untreated (raw) biomasses of various origins (such as jute, spinifex grass and bamboo cellulose) and, crucially, to be a strictly single-step treatment. This considerably reduces the electrical energy and the water consumption needs compared to other methods. It has been hypothesised that HNO3 in the mixture initiates the fibrillation process of the untreated biomass by removing non-cellulosic components. The reaction of HNO3 and NaNO2 generates nitrosonium ions (NO+) in the presence of excess acid, which can attack hydroxyl groups in cellulose and produce carboxylate groups. The resulting carboxycellulose fibres exhibit relatively low crystallinity and substantially higher fibre length and aspect ratio than those of cellulose nanocrystals. Furthermore, the effluent obtained as a by-product can be neutralised efficiently using (inexpensive) sodium or potassium hydroxide, to give nitrogen-rich salts that can be used as fertilizers in agriculture.

Cellulose nanofibers obtained by nitro-oxidation provide excellent adsorbent materials for the removal of heavy metal ions, including lead, cadmium, mercury, chromium, uranyl and arsenic as well as bacteria from water. For heavy metal ions, adsorption capacities several times higher than those of the most effective adsorbents in the literature have been reported. The metal-adsorbed nanocellulose flocs can easily be removed using simple and inexpensive gravity driven microfiltration or decanting.

Impact
Vast amounts of biomass sources, including agriculture waste, weeds and shrubs, are available at low or zero cost, and all of them provide ideal raw materials for the nitro-oxidation process. The approach developed by Professor Hsiao represents a tremendous step forward toward the exploitation of underused resources like biomass to develop efficient processes for the removal of waterborne pathogens from drinking water, particularly in developing countries and off-the-grid communities.

What are the key advantages of the nitro-oxidation method you have developed compared to existing approaches for the production of water purification agents, and what do you think are the most promising environments in which its application will have the largest impact?

<>There are three key advantages of the nitro-oxidation method. First, the method greatly reduces the consumption of chemicals, energy and water. Second, the processing effluent can be efficaciously neutralised to produce plant fertilisers. Third, the method is effective to extract nanostructured cellulose from underutilised raw biomass such as agriculture waste. The resulting nanocellulose is proven to be an efficient water purification material (membrane or adsorbent) that can treat a wide range of water pollution problems. The demonstrated technology represents an innovative means to enhance the nexus of food, energy, and water systems, and has many far-reaching impacts to improve quality of life. 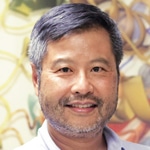 Dr Hsiao is a Distinguished Professor in Chemistry at Stony Brook University. He is also the Founding Director of Center for Integrated Electric Energy Systems in Stony Brook University, with the mission to enhance the development of advanced technologies for the innovative nexus of food, energy and water systems.

Dr Hsiao and his collaborators are focusing their research on the use of nanocellulose enabling membranes and adsorbents for water purification. 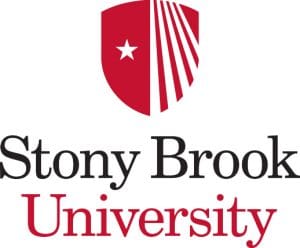