Health & Medicine
Professor Terence Ryan, dermatologist and Emeritus Fellow of Green Templeton College in Oxford, UK, is currently mentoring two studies that explore how friendship can impact on health and wellbeing. Both programmes centre on the principles of William Osler, who maintained that science (a care technology) and humanity (a care attitude) must work together holistically, and they demonstrate that friendliness can be just as therapeutic as clinical medicine.

Sir William Osler (1849–1919) was a Canadian physician and is perhaps best known as being one of the four founding professors of Johns Hopkins Hospital in Baltimore, regarded as one of the world’s most famous medical institutions. He was then appointed Regius Professor of Medicine at Oxford University (1905–1919). Osler has been referred to as the Father of Modern Medicine and 2019 saw the celebration of the centenary of his death. Osler often commented that science was less good at managing emotions, with others claiming that there were two cultures, science and humanity, that did not speak to each other.

As part of this celebration, the University of Oxford showcased five seminars with the underlying theme ‘For Health and Wellbeing Science and Humanity are one’. This was interpreted as meaning that care technology (science) must be applied with care attitude (humanity). Care attitude covers a range of factors, including sympathy, empathy, compassion, preservation of dignity, kindness, bringing joy and cheer, and finally, friendship. 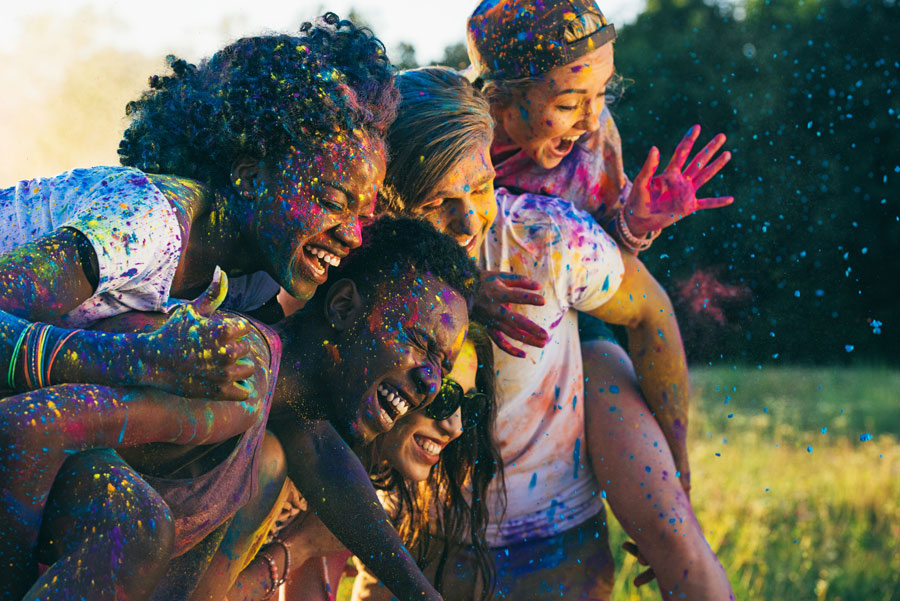 This topic is currently perhaps even more fitting given that 100 years after his death Professor Robin Dunbar, a British anthropologist and evolutionary psychologist, published from Oxford studies on friendship of which Osler would surely have approved. Dunbar wrote, “friendship is the single most important factor influencing our health, wellbeing and happiness.”

Recent studies at the Department of Experimental Psychology in Oxford have shown that the phenomenon of friendship is associated with the emotional centre of the brain. This region of the brain can relieve pain and anxiety by releasing endorphins and dampening the sympathetic nervous system, a branch of the nervous system usually responsible for the fight or flight response. Furthermore, opposing this response by stimulating the vagal system may promote repair or anti-inflammatory mechanisms when the brain reacts to certain stimuli.

These stimuli, for example, may include aspects of friendship, a human attribute, such as affection, attachment, and closeness. These feelings may be extended to a wide range of targets, from pets and toys to landscapes and ancestral spirits.

However, this list is not exhaustive. If the recent social distancing regulations have taught us anything, it is the perhaps previously underappreciated value of other acts of friendship. These might include chatting, being a good listener, direct eye contact (rather than through a screen) and physical contact or reassurance. Acts of friendship can also be observed in the animal kingdom, the grooming of primates being one important example.

This observation leads to the idea that perhaps the best way to treat illness and unhappiness is not with medicine alone, but that a combination of science and human interactions and friendliness is required.

Researchers in Oxford have also discovered that laughter yoga, in addition to social laughter, may actually diminish pain. What is not fully understood, however, is whether it is the sense of laughter or the muscle contractions themselves, which are the more beneficial. When we consider how important facial expressions are, in humans and other primates, we begin to understand why a ‘Laughter Prescription’ is a very real therapy. This also illuminates the fact that wearing a face mask, while necessary in the current Covid-19 pandemic, may not be ideal for our wellbeing, just like social distancing could negatively affect our mental health.

The Osler centenary seminars considered whether friendship might have the opposite effect to compassion, promoting laughter rather than tears. And if so, friendship may be an effective strategy to manage unhappiness caused by loneliness, rejection, or social distancing.

For two of the 2019 celebratory seminars, Professor Terence Ryan, dermatologist and Emeritus Fellow of Green Templeton College in Oxford, identified two case studies to explore the principles of William Osler further: elephantiasis in India and Caring for Life Education in China.

Dunbar wrote, ‘friendship is the single most important factor influencing our health, wellbeing and happiness.’

Elephantiasis in India
A mosquito-borne disease called lymphatic filariasis causes elephantiasis, or lymphoedema. Approximately a third of the global burden of lymphatic filariasis lies in India, so novel management approaches are desperately needed. Although there is a successful programme to eliminate transmission by the mosquito with drugs that kill filaria, there is no consensus on the treatment approach that should be used for the consequent, usually irreversibly swollen limbs caused by the disease.

Prof Ryan has mentored a programme in Kerala, India, for over 20 years. Because this programme integrated biomedicine with herbal remedies and yoga, it was initially greeted with scepticism by Indian scientists and allopathy doctors. However, it is now recognised as effective and its strong representation of care technology with care attitude merges modern science and Indian Systems of Medicine with its holistic approach that includes friendly counselling based on Ayurvedic and homeopathic interview techniques and yoga as therapy and wellness.

Both community-based and clinically based studies have shown that this is an effective approach for combating lymphatic filariasis, and integrative medicine significantly improves quality of life and reduces complications of the disease. Yoga breathing exercises can reduce pressure within thoracic blood vessels and encourage better lymphatic drainage of the sites where fluid accumulates in elephantiasis, and good skin hygiene with herbal soaks and oils can prevent bacterial infections of the skin.

Additionally, the programme includes self-care and is locally available, low cost and culturally acceptable, showing that a more holistic approach to medicine can in some cases triumph over more contemporary clinical treatments imported from Europe and the USA.

Whereas this disease was once a common cause of isolation and rejection within families and communities, Prof Ryan emphasises that friendship contributes to the success of this programme. There are now several Leprosy Mission Hospitals experienced in healing and helping people rejected by their communities that now include those affected by elephantiasis as well – thanks to the acceptance and promise of support by the Bill and Melinda Gates Foundation based on the interpretation of data from 4,000 cases from the Institute of Applied Dermatology in Kerala under the direction of Dr Narahari and Dr Prasanna.

Caring for Life Education in China
Prof Ryan has also been involved in the support of a programme that teaches Chinese children about care attitudes (https://www.actasia.org/). As many of these children grow up as an only child and without pets, they therefore have not necessarily learnt the skills of caring for others. This programme focuses on children in primary schools and, by teaching the children how to care for animals, encourages them to extend this care attitude to others, such as those with disabilities or frailty, as well as nature on a more general scale.

The ACTAsia programme was established by a sociologist and a veterinarian in 2006 and uses education programmes to reach the goal of a more compassionate and sustainable world. Targets of their current campaigns include the fur and food trades, as well as the caging of wild animals.

Overall, there are three main areas that ACTAsia considers. The first is children’s education, as mentioned above. They also offer professional education for teachers and vets, as well as consumer education, which includes a sustainable fashion curriculum in collaboration with the London College of Fashion.

By teaching the children how to care for animals, the programme encourages them to extend this care attitude to others, such as those with disabilities or frailty.

Prof Ryan’s plan for the Osler centenary also involved in the launch of an academic branch of ACTAsia, called ICARE. ICARE was designed to provide a digital platform for educational initiatives, alongside universities and industries. The aim of these initiatives is to promote compassion and kindness in Asian societies, and to encourage emotional intelligence in children.

As in the case of elephantiasis, a holistic approach to another global issue appears to be the most effective.

Conclusion
Care technology should be applied hand in hand with care attitude. Indeed, William Osler commented that “it is an unpardonable mistake to go about patients with a long face.” Today, there is an increasing awareness of the need to integrate friendliness into healthcare, for example through the ‘Hello my name is’ campaign by the British NHS. In support of this, many approaches which combine science and humanity are more successful than either individual component. Take genetic engineering as a controversial topic, especially in Asia. Gene editing technologies have huge implications for science and medicine, but also throw the meaning of life into question: are humans born or created? And what are the ethical and a philosophical issue involved with alteration of another living being’s genetic code?

However, there is yet more work still to be done to bridge the gap between science and the humanities. It is necessary to think across and between the disciplines in order to overcome the grand challenges of our time. Friendship does matter in science and medicine.

Have you collaborated with other projects that integrate care technology and care attitude?

<>In the 1990s and early 2000s I directed the Oxford International Wound Healing Foundation within the Department of Dermatology in Oxford. It provided a year or two’s training including wound healing technologies, learning to publish in English, and laboratory techniques. It demonstrated friendly nursing attitudes in the management of patients. Vietnam sent from their National Burns Institute an innovative herbalist who later became one of Asia’s foremost researchers into stem cells derived from the umbilical cord. The Chinese military sent 12 of their best junior burns surgeons. These are now generals in charge of China’s largest burns hospitals, and some have developed nurse-run wound healing units. I provided a similar approach when setting up the Regional Dermatology Training Centre in Moshi, Tanzania.

Science and Oslerian friendship support therapeutic caring of the neglected in India and China was last modified: August 11th, 2020 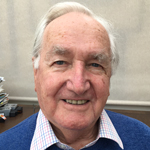 Based on the principles of William Osler and five seminars celebrating his centenary, Prof Ryan examines how friendship effects health and wellbeing in two case studies: elephantiasis in India and Caring for Life Education in China.