Dr Rebekah Humphreys, senior lecturer at the University of Wales Trinity Saint David, UK, and specialist in applied ethics, considers how it is possible to become desensitised to the use of animals for scientific research. Humphreys explores our emotional responses and moral feelings towards animals within the context of research. She considers those who work in animal research and the legislation surrounding animal testing.

In the context of research involving animals, studies suggest that our emotional responsivity to the animals can sometimes be treated as unnecessary. Dr Rebekah Humphreys of the University of Wales Trinity Saint David, UK, defines this lack of emotional responsiveness in the context of experimental testing as desensitisation. Humphreys questions whether and why our ‘norms’ of what’s acceptable differ depending on the context; how or why researchers tend to, or have to, compartmentalise in order to carry out their work; and how research language and media portrayals downplay or ignore the fact that animals are used in this way and why this might lead to problems.

Animals are used in medical research to help to develop new drugs and treatment for humans, by testing procedures, treatments, and drugs on a living body. Under current frameworks, the use of animals remains the only way for some areas of research – such as biomedical research and medicine development – to progress. They are also used in toxicity tests on products and ingredients, with approximately ‘80,000 used in poisoning tests each year in the EU alone’ (Animal Aid, 2002). 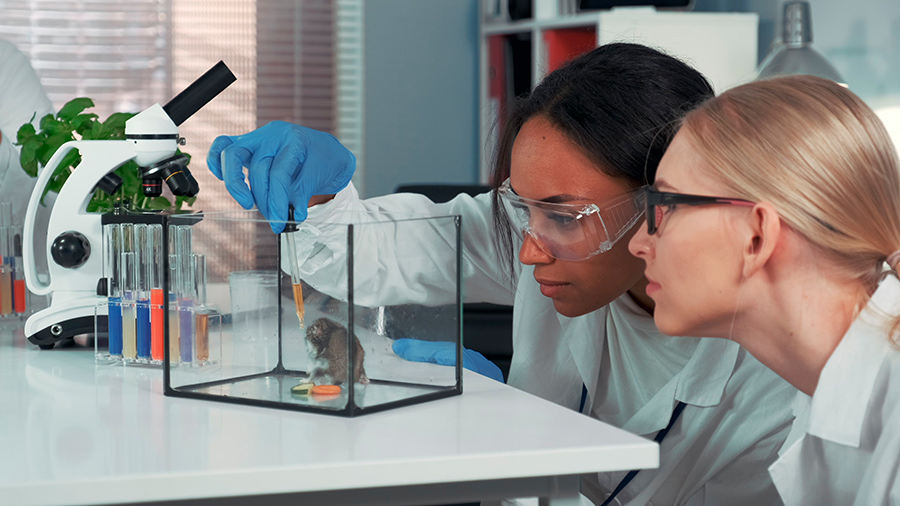 Humphreys, a specialist in applied ethics, puts forward the idea that desensitisation – to become emotionally unresponsive or emotionally indifferent to the suffering of animals – most commonly happens when moral feelings towards the animals are seen as unnecessary or inappropriate.

Other researchers argue that such desensitisation is found in those who work in animal laboratories, where it might be necessary to become emotionally indifferent to the use of animals in order to carry out the work (Carruthers, 1992). That is, workers must become desensitised to those animals around them and such desensitisation to animal use in the research environment is likely a reflection of the social norms that have been established in those settings. These norms are different to those outside of the laboratory.

Why is desensitisation considered acceptable?

Humphreys posits several reasons why desensitisation of research involving animals is considered acceptable. Studies suggest that scientific research is commonly considered a justifiable reason for such use of animals. Humphreys highlights work of others that put forward the idea that we see animals as abstractions. We may anthropomorphise animals in other settings such as cartoons, and we might accord our pets human-like characteristics, but we believe in the clinical conditions of a laboratory, animals are serving a purpose. The argument here is that animal testing or research on animals is necessary to achieve scientific progress, particularly in a medical context, and the importance of this scientific progress justifies the use of animals. However, Humphreys argues that this is not sufficient justification. She proposes that the acquisition of knowledge, even knowledge that could be beneficial to humanity, is not necessarily a virtuous activity. She argues that ‘one may have the right motives, but the action itself may be unethical.’

The second reason that desensitisation to research involving animals is deemed acceptable for experimentation is that animals used for scientific testing are seen and treated differently from all other animals. For example, separate laws exist for the treatment of pet animals and experimental animals, whereby there are substantially more legal responsibilities around the welfare of pets than experimental animals. Humphreys has considered the legislation around animals used in research and the extent to which it protects those animals (for example, the Animals (Scientific Procedures) Act 1986 (UK), and EU Directive 2010/63/EU). She found that, although there are tight restrictions on what can be done to animals, many of these restrictions can be lifted if they are incompatible with the scientific objectives of the research, and argues that ‘welfare needs, then, can be sacrificed for practicality.’

With regard to research involving animals, Humphreys also raises the important question: would we be willing to inflict similar treatment on humans? Evidence suggests that many of the animal species used in experimental testing have similar capacities for pain and emotion as humans do, so how can we justify allowing animals to suffer for the research if we would not allow humans to suffer in the same way? Going further, Humphreys questions how we would react if we saw an animal being treated in the same way they are in an experiment, outside of a lab setting. We would likely be very strongly opposed to this type of animal suffering outside of a scientific setting.

Media portrayals of research involving animals may exacerbate desensitisation. Humphreys argues that media reports on scientific outcomes tend to portray animal experimentation as ‘for the good of humanity’, and the welfare of the animals is largely ignored. She also notes that language used in relation to research involving animals can be misleading – for example, pain tends to be described in terms of responses to experimental stimuli and distress tends to be depicted as a stress response.

Humphreys also explores the topic of desensitisation with those working within the research environment. Some theorists argue that the actions of those working in animal research laboratories indicate a lack of virtue in those people. Many, however, strongly disagree with this idea, believing that animal researchers are not necessarily indifferent to the suffering of animals. Indeed, as Humphreys notes, many researchers take the ethical questions of animal use very seriously. The social norms of the environment, the necessity to carry out the work, and the justification of advancing science, make it understandable that a certain sort of compartmentalisation and desensitisation may be seen in those who work directly with the animals, experimenting on them and conducting research on them. Yet, Humphreys asks the question: does this make their desensitisation and their actions towards animals acceptable?

Humphreys notes that, of course, not all animal experiments are morally unjustifiable. There are some experiments that are carried out on humans, for example. One key difference between testing humans and animals, however, is that humans give informed consent to participate in the experiment while an animal cannot. Building upon this argument and others, Humphreys is currently working on a book to be published next year by Palgrave, titled Animals, ethics and language: The philosophy of meaningful communication in the lives of animals.

Humphreys argues that compartmentalisation of mind between the use of animals in research environments and in real life can influence judgements about the practical use of animals for research.

She argues that further research is needed in philosophy, psychology, and physiology to fully understand the experiences and possible suffering of experimental animals. Humphreys acknowledges that if we are to challenge animal experimentation on the grounds that animals have like interests to humans and a good of their own, independent of their use for humans, then we are obliged to give them sufficient justice, and traditional theories of justice will need to change. 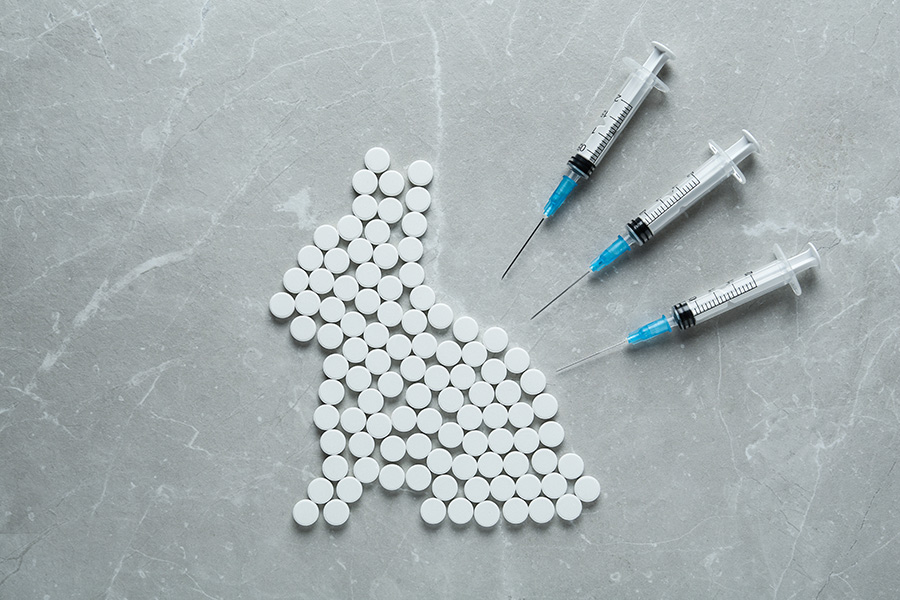 What can researchers do to test if they have become desensitised to animal suffering?
I think one thing that we could all do in terms of testing whether we have become desensitised to animal suffering, particularly in the context of animals used commercially (for food and for testing substances and other products), is to consider the suffering involved and think about whether we would really be prepared to inflict that same amount of suffering on our companion animals or even on humans for the same purposes. If our answer is ‘no’ then we must question our readiness to use animals unknown to us for the same purposes.

How will traditional theories of justice need to change to serve animals used in research?
These theories need to be brought into line with our obligations to such animals. No one would deny that we should reduce their suffering or deny that they have a range of capacities and potentialities of their own, despite not being able to enter into contracts. If so, then animals have the characteristics that (should) make them recipients of justice, and what we are prepared to do to them for science or otherwise needs to be rethought, not just as a matter of compassion but as a matter of justice. This reconceptualising should involve their proper representation in the political sphere. 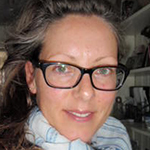 Dr Rebekah Humphreys is a senior lecturer in philosophy at the University of Wales Trinity Saint David, and a senior fellow of the Higher Education Academy. She specialises in applied ethics, particularly animal ethics, and environmental ethics. Her book Animals, Ethics and Language: The Philosophy of Meaningful Communication in the Lives of Animals, published by Palgrave, is due out in 2023.

Rebekah Humphreys explores our emotional responses and moral feelings within the context of research involving animals.