Trifluoromethylpyridine (TFMP) and its intermediates are important ingredients for the development of agrochemical and pharmaceutical compounds. The presence of a fluorine atom and a carbon-containing pyridine are thought to bestow many of the distinctive physical–chemical properties observed with this class of compounds. Dr Masamitsu Tsukamoto and Mr Tadashi Nakamura, of Ishihara Sangyo Kaisha, Ltd, Japan, take a closer look at this class of compounds. They explore the different synthetic methods for introducing TFMP groups within other molecules, and investigate their wide-ranging potential applications.

With the global population rapidly expanding, agrochemicals are in increasing demand to maintain crop production. In addition, the agricultural research community faces the challenge of producing pesticides that not only prevent crop losses caused by parasites, but also protect human populations from the spread of diseases such as malaria, dengue fever, or the Zika virus, all of which are carried by mosquitoes. Trifluoromethylpyridine (TFMP) and its intermediates have gained a fundamental role as key structural ingredients for the development of many agrochemical and pharmaceutical compounds.

TFMP contains three fluorine atoms, a methyl group (a unit made of a hydrogen atom and three carbon atoms), and a ring-shaped carbon-containing structure known as pyridine. TFMP derivatives are characterised by the presence of a fluorine atom and a pyridine in their structure, which are thought to bestow many of the distinctive physical–chemical properties observed in this class of compounds. To develop compounds with unique biological properties, hydrogen is commonly replaced with fluorine. Dr Masamitsu Tsukamoto and Mr Tadashi Nakamura, of Ishihara Sangyo Kaisha (ISK) Ltd Central Research Institute, Japan, are interested in the properties and applications of pesticides. The researchers published a detailed literature review on the synthesis of TFMP intermediates.

Manufacturing TFMPs to meet a steady growth in demand

The demand for TFMP derivatives has been increasing steadily in the last 30 years. In their 2021 review, Tsukamoto and Nakamura guide the readers through the different synthetic methods for introducing TFMP groups within the structures of other molecules. The researchers explain that this is generally achieved via two main methods: one involving an exchange between chlorine and fluorine atoms using trichloromethyl-pyridine. The second method relies on the assembly of pyridine from a trifluoromethyl-containing building block. Whether TFMP intermediates are manufactured using the direct fluorination method or the building-block method, depends largely on the identity of the desired target compound.

2,3-dichloro-5-(trifluoromethyl) pyridine (2,3,5-DCTF) is used in the production of several crop-protection products. Notably, of all the TFMP derivatives, it is in highest demand. It can be obtained by direct chlorination and fluorination of 3-picoline and followed by aromatic nuclear chlorination of the pyridine ring. Several cyclo-condensation reactions for the synthesis of TFMP derivatives from a trifluoromethyl building block have been reported. The process of cyclo-condensation involves the molecular assembly of a large, ring-shaped molecule (in this case a pyridine) from smaller, fluorinated building blocks – either ethyl 2,2,2-trifluoroacetate, 2,2,2-trifluoroacetyl chloride, ethyl 4,4,4-trifluoro-3-oxobutanoate, or (E)-4-ethoxy-1,1,1-trifluorobut-3-en-2-one.

The first herbicide to incorporate a TFMP derivative is called fluazifop-butyl. Developed in 1982, this compound proved to be an excellent growth inhibitor of perennial grass weeds. 2,5-CTF was used as a key fluorinated building block for its synthesis. Following the success of fluazifop-butyl, other herbicides were synthesised and commercialised that displayed a similar herbicidal spectrum to their predecessor, while exhibiting a longer residual soil activity.

In 1986, Flazasulfuron was first reported by ISK. Flazasulfuron is a crop protector, and is selective for turf, sugarcane, and perennial crops such as citrus and grape. As with other herbicides, a fluorinated building block is used as an intermediate for the synthesis of flazasulfuron; in this case, 2,3-CTF is used as the key synthetic intermediate. Of course, the use of herbicides does not come without problems; as Tsukamoto and Nakamura point out, 2-methoxy-4-(trifluoromethyl)phenyl analogues were developed as very effective herbicides for the control of key weeds in cereal crops, such as wheat, but were found to cause significant damage to the crops. Pyridine analogues do not cause the same amount of damage to wheat crops, and for this reason, Dow AgroSciences LLC produced pyroxsulam. Incorporating pyridine in its structure, pyroxsulam retains the herbicidal properties of the 2-methoxy-4-(trifluoromethyl) parent compounds, while displaying more selective protection of wheat crops.

2,3,5-DCTF is the starting raw material for the synthesis of chlorfluazuron, a compound developed by ISK, which acts as an insect growth regulator (IGR). Chlorfluazuron inhibits the growth of the target insects at their larval stages. The screening of various TFMP derivatives revealed that some compounds containing nicotinamide were particularly effective against aphids. This led to the development of flonicamid by ISK. Flonicamid contains the 4-trifluoromethyl-pyridine structure, which is obtained by condensation in the presence of ammonia.

Sulfoxaflor, sold by Dow AgroSciences, is an insecticide that works by targeting pests that feed on sap.

Sulfoxaflor is based on the 6-(trifluoromethyl)pyridine. Its pyridine sulfide intermediate is prepared via a condensation reaction by with a trifluoromethyl-containing building block.

Pyridalyl, a TFMP derivative containing the 5-(trifluoromethyl)pyridine molecular structure, was discovered and reported by Sumitomo Chemical Co, Ltd. As observed with other TFMP derivatives, the presence of fluorine and pyridine structure result in its superior pest control properties when compared to traditional phenyl-containing insecticides. The synthesis of pyridalyl, as is the case for other TFMPs, encompasses a condensation step that includes the reaction between a trifluoromethyl pyridine building block and a larger chlorinated counterpart.

Fluazinam, discovered by ISK, is a potent fungicide, and interferes with the biochemistry of respiration. It was found that the trifluoromethyl-substituted pyridine derivative showed higher fungicidal activity than chlorine and other derivatives. 2,3,5-DCTF is utilised in the synthesis of fluazinam, as a building block for the condensation.

Tsukamoto and Nakamura estimate that about 40% of pharmaceutical compounds contain fluorine in their structure. Of these, almost 20% contain a trifluoromethyl structure. Even though only five TFMP compounds have so far been approved for use as pharmaceuticals (that is, antivirals or antitumour agents), a large number of compounds containing the TFMP sub-structure are currently undergoing clinical trial. Many are expected to be approved as new drugs in the near future.

One of the most successful TFMP-containing drugs is tipranavir, developed and commercialised by Boehringer. Tipranavir is a non-peptide anti-human immunodeficiency virus (HIV) drug and acts by binding to and inhibiting the HIV protease enzyme. The molecule is synthesised by condensation using a 2,5-CTF building block.

Tsukamoto and Nakamura have studied the chemistry of TFMP derivatives, which are used in the pharmaceutical industry and as chemical feedstock for pest control, fungicidal, and herbicidal agents. The researchers have published a detailed review of the physical and chemical properties and the synthetic routes of the fluorine-containing compounds via either a chlorine/fluorine substitution reaction or a condensation mechanism that employs a molecular building block containing fluorine and a pyridine in its structure. 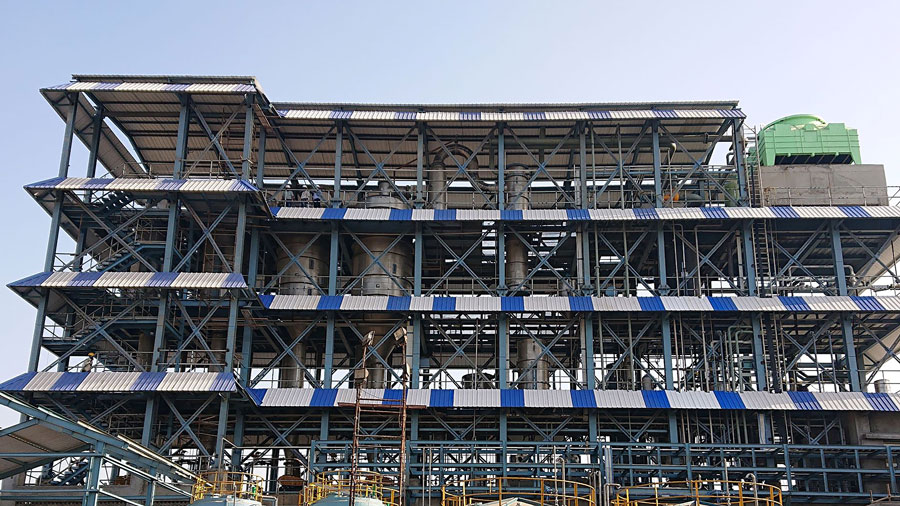 What will be the next step in your research?


Once difficult to synthesise, TFMP is now relatively readily available thanks to new synthetic methods. We hope that its unique physicochemical properties will go beyond the world of agrochemicals and drugs. It has many applications in a wide range of fields, for example, functional materials and polymers, and has potential to enrich our lives. We would like to continue our research on these new applications of TFMP.
Trifluoromethylpyridine: Its chemistry and applications was last modified: December 13th, 2022 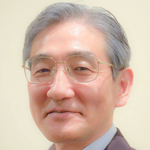 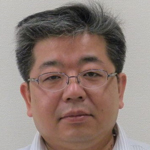 Mr Tadashi Nakamura graduated from Kansai University, Japan, then joined Ishihara Sangyo Kaisha, Ltd (ISK). He was involved in the process development of API and the design of a pharmaceutical plant. After that, he was engaged in agrochemicals and the manufacturing process for ISK’s products.

Tsukamoto and Nakamura study the chemistry of TFMP derivatives, which are used in the pharmaceutical industry and as chemical feedstock for pest control, fungicidal, and herbicidal agents. 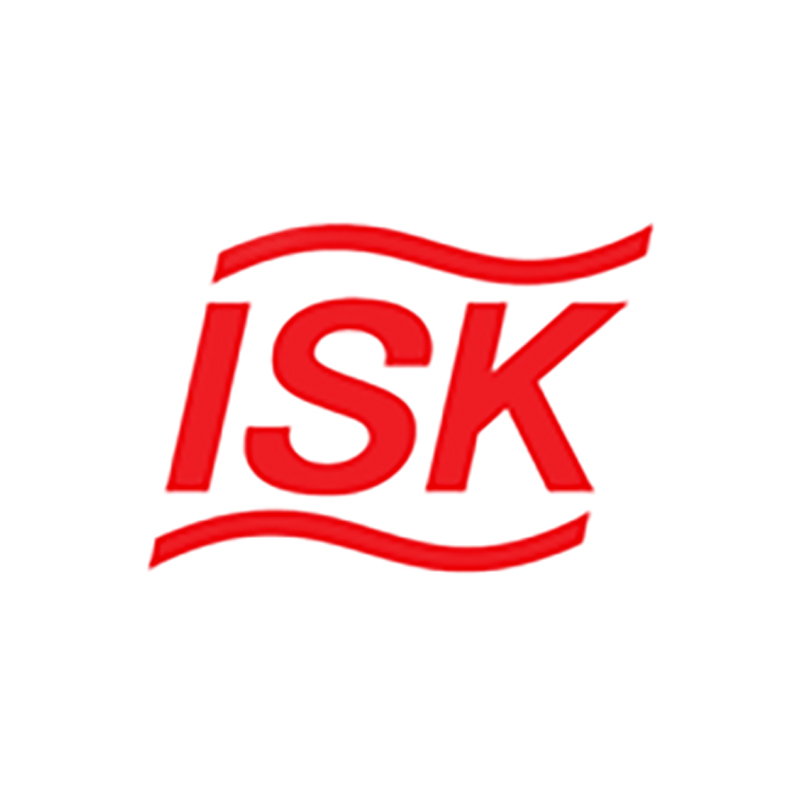