Research from Dr Jan Czyzyk and his team at the University of Minnesota, USA, explores the balance between proteases and serpins, and how their activity can in turn affect the inflammation and tissue regeneration of pancreatic islet cells. Their findings show that antibodies can be used to change this serpin–protease balance, with interesting impacts. Excitingly, their research opens the possibility for anti-serpin activity to be used as both a biomarker and an active mechanism of protection for individuals with type 1 diabetes.

Although it’s sometimes uncomfortable and painful while we’re experiencing it, inflammation is a vital process of the human body. It’s how the body responds to harmful stimuli such as pathogens, damaged cells, or irritants. The goal of inflammation is to eliminate the cause of injury, clear away dead cells, and initiate the process of tissue regeneration.

Tissue regeneration is the other side of the same process. It involves the renewal and restoration of biological tissues. All living things are capable of some form of tissue regeneration – although some species have a far greater capacity for it than others. The regenerated tissue can be the same as the old tissue, or only partially the same if the original tissue damage was too great.

Recent work by Dr Jan Czyzyk and his team at the University of Minnesota explores this balance between inflammation and tissue regeneration. They are specifically interested in the inflammation and tissue regeneration of pancreatic islet cells (groups of cells within your pancreas that produce the hormone insulin, which regulates blood sugar levels). Their research suggests that certain types of activity detected in humans could be used both as a biomarker and as an active mechanism of protection from type 1 diabetes. In order to understand their findings, it’s important to be aware of a further balancing act within the body: that of proteases and serpins.

The researchers’ findings offer a practical approach to the therapy of inflammation and tissue regeneration in people with type 1 diabetes.

A fine enzyme balance
With most of the processes within the human body, balance is key, and knocking this balance one way or the other can have serious consequences. The equilibrium between inflammation and tissue regeneration is mediated by proteases and anti-protease inhibitors called serpins.

Proteases are enzymes that speed up the breakdown of proteins into smaller molecules. They do this by ‘cleaving’ the peptide bonds within proteins via hydrolysis (a reaction where bonds are broken by water). Conversely, serpins work to inhibit proteases, by permanently altering the shape of their active site (the place where enzymes bind to molecules).

The action of serpins is important: if proteases are left uncontrolled and run rampant, high levels of protease activity can cause a lot of damage to the body. A low level of protease activity is key to the survival of all multicellular organisms, including humans. However, this doesn’t mean proteases are ‘bad’ to have in your body; they’re an essential part of life – they just need to be properly mediated.

Proteases and type 1 diabetes
Type 1 diabetes is an autoimmune disease where little to no insulin is produced by the pancreatic islet cells. Our bodies use insulin to regulate the levels of glucose in the bloodstream, so if the disease is left untreated, people with type 1 diabetes are left with very high levels of sugar in their blood. They then suffer from symptoms such as weight loss, thirst, and tiredness. Diabetes needs to be managed throughout the rest of the person’s life, either through regular insulin injections or via an insulin pump.

Czyzyk and his research team used type 1 diabetes as a model of autoimmune disease in their studies. They successfully demonstrated that protease activity cleaves the surface molecules expressed in inflammatory cells that accumulate in pancreatic islets. Essentially, the proteases cut away the small proteins coating the surfaces of these cells.

By doing so, this impairs the function of the inflammatory cells and helps to lower inflammation within the pancreatic islets. In turn, Czyzyk’s team showed that these changes can delay the clinical onset of type 1 diabetes in an animal model.

Notch signalling pathways
More recent studies from Czyzyk’s lab have shown a further interesting development. Protease activity can help to generate additional cells that are able to produce insulin in the pancreas. Under normal conditions, a molecular system called the ‘Notch signalling pathway’ is responsible for keeping stem cells in an undifferentiated state.

The Notch signalling pathway is present in most living animals. It involves the action of four receptors that play a major role in embryonic development as well as promoting neurogenesis (the process by which nervous system cells are produced from stem cells). Researchers believe that the Notch pathway also plays an important role in the development of the pancreas – specifically the recruitment of endocrine cells (these cells make up the glands that produce hormones) from a common precursor.

Dr Czyzyk’s team found that certain proteases were able to disengage this Notch signalling process, which in turn accelerates the development of insulin-producing cells from undifferentiated progenitor stem cells. This could be a valuable discovery, as boosting the number of these cells within the pancreas could help to make people more resistant to type 1 diabetes.

Serpin B13 autoantibodies
Many of Czyzyk’s studies have been performed with an antibody that is known to inhibit a specific serpin, known as serpin B13. They found that by using a monoclonal antibody that binds to this molecule, they can block its inhibitory function. The knock-on effect from this is an indirect stimulation of proteases and increased protease activity.

Children who are at high risk for type 1 diabetes and are positive for the autoantibody to serpin B13, do clinically better than children without the antibody.

The researchers used an in vitro culture system of isolated pancreatic islet cells and added serpin B13 as well as its monoclonal antibody. When the antibody was added to the pancreatic islet cells, serpin B13 activity was reduced. The resulting effect was that the activity of cathepsin L increased – as this is the protease that serpin B13 normally inhibits. A boost in the activity of cathepsin L protease in turn led to an increase in cellularity of pancreatic β cells that produce insulin. By adding the right dose of the antibody at the right moment, inflammation can be reduced and in turn β cellularity boosted. Notably, the researchers’ findings offer a practical approach to the therapy of inflammation and tissue regeneration in type 1 diabetes. In addition, the therapy could potentially be applied to other diseases that affect tissues with high expressions of serpin and Notch.

Helping people with diabetes
The most exciting part of Czyzyk’s studies is the potential to translate the findings to help people at high risk of type 1 diabetes. The researchers found that children who are at high risk for type 1 diabetes, and are positive for the autoantibody to serpin B13, do better clinically than those without the antibody. Children with the serpin B13 autoantibody tend to develop diabetes at a lower frequency.

What could this mean for the future? Czyzyk’s studies suggest that detecting anti-serpin activity within humans could be used in two ways. Firstly, it could be used as a biomarker to offer doctors clues as to whether children are at high risk of developing type 1 diabetes. Secondly, there’s the possibility of it being used as an active mechanism to protect people from type 1 diabetes.

What do you believe to be the most exciting potential practical application of your research?

The first exciting aspect of our discovery is that therapy based on a monoclonal antibody to serpin B13, in addition to promoting tissue renewal, simultaneously impedes inflammation. This contrasts with traditional approaches to therapy in autoimmune diabetes that are based on attempts to separately inhibit autoimmune inflammation or improve renewal of insulin-producing cells without influencing inflammation. The second exiting element of our discovery is based on the fact that inhibition of Notch mobilises stem cells. Our discovery of Notch extracellular cleavage by protease, which can be induced with an antibody to serpin B13, opens new opportunities for the therapy of diseases that affect tissues expressing serpin molecules. Diabetes may very well be just one of many conditions that could benefit from Notch-disengagement due to augmented immunological response to serpin B13. 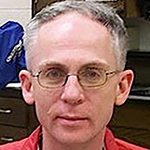 Dr Czyzyk’s research explores the balance between proteases and inhibitors of serpin proteases, and how they affect inflammation and tissue regeneration of pancreatic islet cells.