Despite it being a cornerstone antibacterial application in hospitals, ‘iodine’ is often used with reservations about staining and toxicity. Such reservations have historical roots founded on unfortunate misconceptions that also mask the remarkable properties of an iodine solution’s active agent – molecular iodine. Dr Jack Kessler, Douglas C Spitz, and colleagues at I2Pure, USA, have demonstrated that molecular iodine is not toxic nor is it responsible for staining. By formulating an emollient topical preparation of iodine, I2Pure transitions away from the use of unstable aqueous solutions that allow the formation of cytotoxic degradation products.

Iodine solutions are cornerstone antibacterial applications in clinical settings; witness the brown povidone-iodine (PVP-I) wash before the slice of a surgeon’s scalpel. However, the key ingredient – iodine – suffers from serious misconceptions. Dr Jack Kessler, Douglas C Spitz, and colleagues at I2Pure, USA, specialise in formulating compositions with molecular iodine and are keen to set things straight. Their insights could fundamentally change iodine’s application in medicine and, through better storage and formulations, dramatically improve its effectiveness.

Chief Scientist at I2Pure, Kessler has a healthy passion for iodine chemistry. Since his PhD in chemistry from the State University of New York, Syracuse, he has been drawn to molecular iodine’s reactive character and disruptive effect on pathogens. He has spent a significant part of his career finding ways to unlock its properties for applications ranging from medications to medical devices, water purification to agriculture. In the process, he has constantly bashed against a bulwark of misconceptions about the chemical and how it should be used. Much of that has to do with the history of medicine. 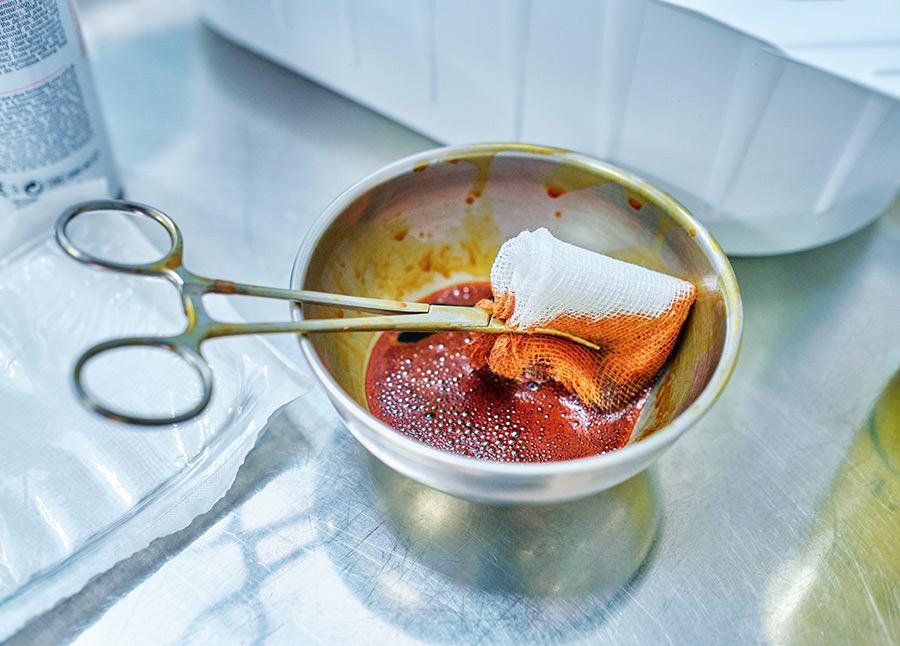 Like many of chemistry’s more colourful characters, iodine was largely discovered by accident. The French chemist Bernard Courtois is credited with its discovery in 1811 while extracting potassium chloride from seaweed ash. Adding sulphuric acid produced a violet-coloured vapour that condensed to form crystals; the name iodine comes from the Greek word ‘ioeides’, meaning violet. In retrospect, iodine’s emerging bacterial effects are not surprising – seaweed has been used for centuries for its medicinal benefits.

This outgassing takes place over a few hours, allowing molecular iodine’s promiscuous electrons to shred their way through pathogens in a constant, targeted barrage.

Iodine’s first appearance as a product for medical use came two decades after Courtois’s discovery in a dark-brown solution called Lugol’s iodine, named after its inventor, the French physician Jean Lugol. Since then, Lugol’s mix – iodine, potassium iodide, and water – has been the foundation of a vast range of chemical adaptations under the product umbrella of ‘iodine’, to the point where the name is now applied to a broad spectrum of water-soluble applications – called iodophors – used in medicine, industry, and agriculture. For the team at I2Pure, this amounts to an abuse of iodine’s nomenclature. In addition, whereas the antiseptic and antibacterial benefits of iodine are enthusiastically embraced, mentioning the name ‘iodine’ in the medical community conjures up images of topical disinfectants that may be effective but stain the skin and can be toxic. Such misperceptions mask the complexity of iodine’s chemistry.

Iodine may sit on the period table as the chemical symbol I, grouped with its halogen cousins, but in the broader field of chemical applications, it has several forms. These include iodide, iodate, triiodide, polyiodides, and hypoiodous acid. At the heart of I2Pure’s research is diiodine, or I2, the active molecule in iodine solutions that gives them antiseptic properties. It is the I2 molecule that penetrates the cell walls and membranes of harmful microorganisms, interferes with their DNA synthesis, and binds to proteins within them, effectively smothering them. However, molecular iodine reacts with water in solution to form hypoiodous acid. This represents the single biggest challenge for topical iodine solution formulators. In the presence of water, aqueous topical iodine disinfectants have a relatively low concentration of I2 and a very high (>1,000 fold) concentration of other iodine species.

It is remarkable that staff in clinical settings around the world rely so much on iodine solutions but are unaware of the true potential.

The poor stability of molecular I2 in aqueous solution means that traditional formulations of iodine have limited effects, especially against biofilms – the thin, slimy layers of different pathogens that can adhere to surfaces to resist applications. Kessler and the team at I2Pure labs have managed to stabilise I2 so that no other iodine species are formed.

The result is a higher I2 concentration that can tackle pathogens

To dispel the idea that I2 is responsible for topical iodine staining and irritation, the I2Pure team have isolated and stored I2 in such a way that it can be studied independently from other degradation products. They found that concentrations of I2 that are 1,500 times higher than that found in PVP-I can be applied to skin without irritation and staining. While examining its role in iodine solutions, Kessler has also observed that when PVP-I is diluted, the active concentration of molecular I2 increases. Despite the apparent anomaly, the explanation is simple: the available I2 sticks around. The reason, Kessler points out, is that the carrier molecule within the solution releases more active I2 to do its work. This also means that the more PVP-I is diluted, the less toxic it becomes, and the more effective an antiseptic it is. Based on their knowledge of iodine chemistry and corroborated by their experimental studies, the researchers at I2Pure put forward the idea that emollient topical iodine formulations are preferable to aqueous preparations in exploiting iodine’s antiseptic properties.

When applied directly to the skin, the non-toxic molecular iodine is absorbed into the lower layer of skin (known as the hypodermis or subcutaneous tissue) – so it can’t be washed away. It’s then slowly released back and out through the outer layer of skin, the epidermis. Here, it tackles the pathogens from underneath. Importantly, this ‘outgassing’ – the release of I2 through the skin – takes place over a few hours. This allows molecular iodine’s promiscuous electrons to shred their way through the pathogens in a constant, targeted barrage. What’s more, the assault can be intense.

According to Kessler, converting the hypodermis into a matrix that slowly releases I2 over time is key to achieving more effective topical disinfection. In addition, molecular iodine can act as an anti-inflammatory agent, stimulate wound healing, and help treat infectious diseases. Medical staff could save more lives if hospitals had access to more chemically stable and effective formulations to kill pathogens. This is especially significant in the face of the threat from nosocomial, or hospital-acquired, infections that, according to the US Centers for Disease Control and Prevention, kill about 99,000 people a year in the US alone.

It is remarkable that staff in clinical settings around the world rely so much on iodine solutions but are unaware of the true potential. It is also ironic that misperceptions hamper that potential. The team at I2Pure have found a way to secure a solid defence against microbial attack; the next step in rolling it out is for fellow researchers, medical communities, and policymakers to rethink how they see iodine. 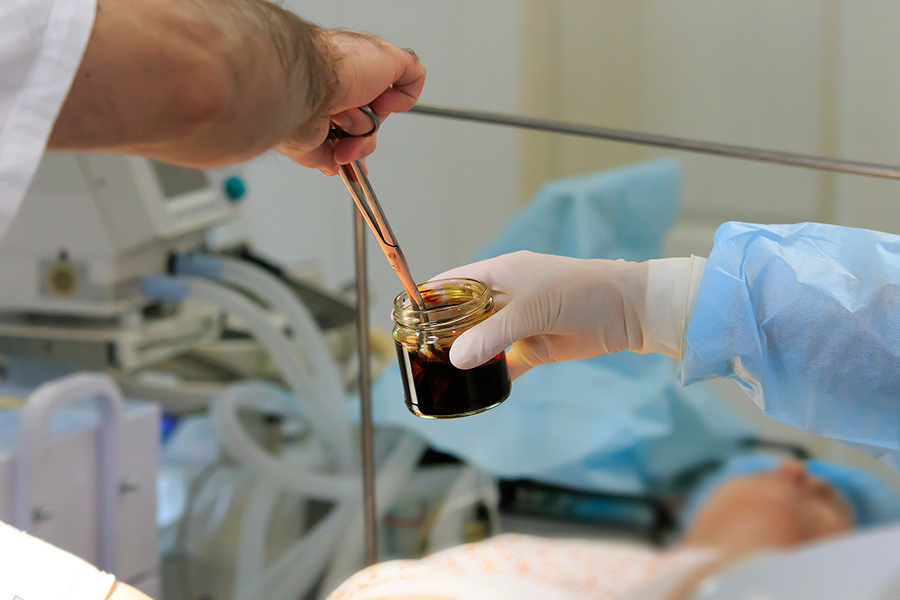 Imagine a hospital in the near future using applications embracing I2Pure’s insights into molecular iodine. What kind of applications would they be?


I2Pure envisions a continuum of care in the hospital from the operating theatre to the patient room. In this environment there are many vectors of attack that pathogens take to cause infection. I2Pure has plans to mitigate these routes toward infection with topicals, surgical lavages, persistent biocidal medical devices such as catheters, and implants used in surgical repairs. I2Pure will shut the door on infections with a highly efficacious platform that is non-toxic to human tissue, non-staining, and persistent. In addition, the early work that is being done in chronic wound care is pointing towards a revolutionary new therapeutic in that arena as well.
Unlocking iodine’s true potential was last modified: January 19th, 2023 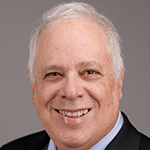 Dr Jack Kessler is a chemist and specialist in molecular iodine technology. He obtained his BSc at Stevens Institute of Technology, before completing his PhD in chemistry from the State University of New York, Syracuse. He was senior scientist in new technology evaluation at Hoffman-LaRoche, before becoming senior principal systems engineer at Elbit Systems of America. Kessler is a member of the founding team of Symbollon Pharmaceuticals, Iotech International, and I2Pure, where he is Chief Scientist.

Mr Douglas C Spitz is President and CEO of I2Pure. Prior to I2Pure, Spitz was the President of PerformanceNet Management Group. Spitz served in the US Army for eight years in both active reserve and reserve officer posts in the Chemical Corps. He is a graduate of the Virginia Military Institute with a BA in economics.

I2Pure specialise in the use and formulation of molecular iodine to solve the toughest anti-microbial problems.