Esports, also known as electronic sports, is a form of competitive sport played through video games. These sports are incredibly popular and have a growing audience of around 600 million people. Dr Brian McCauley from the Media, Management and Transformation Centre (MMTC) at Jönköping International Business School (JIBS), with his co-authors Dr Kieran Tierney and Dr Dinara Tokbaeva, have studied the regional esports industry. They analysed what local esports actors do in order to help the local esports industry, and the wider society, to thrive.

The Swedish city of Jönköping is the perfect location for research on the esports market. Twice yearly it hosts DreamHack, the world’s biggest digital festival through a gathering of gamers and esport enthusiasts. The event holds the record for being the largest collection of people with connected computers, also known as a LAN party. Despite the impressive growth of the industry (globally an audience of over 600 million) to date, relatively little research has been done on the esports market. Dr McCauley from the Media, Management and Transformation Centre (MMTC) at Jönköping International Business School (JIBS) and his co-authors set out to better understand what actions local actors are taking in the local esports scene. What happens in the offline environment in the region and how do these local esports actors shape the market? The researchers conducted 17 in-depth face-to-face interviews with Jönköping residents who are involved with the market including coaches, players, entrepreneurs and local government. The research identified four critical contributions made by local actors, which shaped the local esports market.

Building culture and values
The first finding was that local actors encourage the community to get involved and develop their own culture and a shared set of positive values. There is a significant focus on getting the gaming community, especially young players, into offline meet ups. Meeting face-to-face with the gamers whom they play with daily is an enjoyable experience. They immediately have something in common to prompt a conversation. Meet ups can be at a local LAN party or facilitated by esports programmes in schools and supported by coaches who are motivated by the positive changes they see from their students in the offline world. This offline movement enables new members to be inducted into a positive culture that supports teamwork and support.

Advocating and legitimising
Local actors are often needed to fight for the legitimacy of the esports market and prove that it involves much more than merely playing games. DreamHack has helped bring legitimacy to esports at a regional level, but even more had to be done at a grassroots level. For example, local actors have arranged small tournaments and streamed them independently on social media channels like Twitch and Facebook. This online exposure is enhancing the region’s reputation as an esports hub and creating informal content alongside more formal media and PR activity that is created by gaming companies. But offline the actors also needed to dispel negative attitudes and demonstrate the value and importance of the culture, particularly for younger people where esports is increasingly a key component of their lives.

Institutional development
The efforts of local actors, coupled with the profile that DreamHack has given the regional esports market in Jönköping, has encouraged the local authorities to fund community projects. For example, ‘Spelarena’ is a games arena project funded by the government to provide a better infrastructure for regional esports. Local authorities also fund and support Phoenix Blue, a Swedish non-profit organisation dedicated to providing esports opportunities to Swedish youth.The esports ecosystem in Jönköping draws in companies to locate their esports activities and create jobs in the region. In signs that the legitimacy of the industry is now recognised, schools are developing official programmes and a curriculum to support esports and coaches run after school clubs that enable players and those who like watching games to work as teams. Further, Jönköping University Student Team In Competitive Esports (JUSTICE) was the first higher level student association dedicated to esports in Sweden. Critically, stakeholders are working together to further the interests of esports, its players and audience.

Socialising and practice
Social spaces exist to support both offline socialising and online play in the company of others. The users of these spaces learn how to create their own LAN parties so they can further support unity within the community and create more activity at a grassroots level. These meet ups encourage established events and competitions. Institutions and bodies have formed to take the lead on organising the activities, but they have needed help to spread the word about their work. That’s where players and audiences have stepped in to play a valuable role. The individuals who visit offline events are encouraged to share their experiences on social media which helps to enhance the reputation of the industry and attracts more involvement. At its core gaming and esports are now social activities that bring people together much like traditional sports have always done.

Critically, stakeholders are working together to further the interests of esports, its players and audience.

What led to Jönköping’s success?
The esports industry attracts very enthusiastic contributors who want to play a broader role in a community. In Jönköping, success has been driven by a group of very committed Community Leaders for whom esports is their primary focus and passion in life. Some market-shaping activities came from companies working for profits, but much has been done for free by volunteers. They simply care about making a difference for the greater good of the players and for the community they live in. Individuals, companies, schools, non-profit organisations, and the government are all working together to shape the local esports market, project by project. The needs of players and watchers of esports are always at the centre of the community’s efforts.

Lessons for others
As a host for DreamHack, Jönköping has a strong position in the esports market. This regional experience applies to other markets that wish to grow their esports industry. From Jönköping’s experience, it’s clear that hosting local engagement events is crucial for nurturing face-to-face interaction. It is also critical for stakeholders to work together and for local governments and bodies to fund infrastructure projects. While the industry attracts passionate followers, willing to volunteer their time and energy, it is important to have designated leaders to coordinate activities, for example creating after school clubs with coaches for younger players and audiences. It is no longer an option for local authorities to dismiss something that will most likely one day be part of the Olympic Games.

Collaboration through research
As esports and gaming grow in popularity, they have a more significant impact on society. Recognising this trend, the Media, Management and Transformation Centre (MMTC) commissioned this study to better understand the market. MMTC decided to become a founding member of the Esports Research Network, an international organisation that facilitates collaboration between researchers. As we have seen from Jönköping’s esports experience, the more stakeholders work together on an integrated basis, the more everyone benefits, most notably the players and the watching audience. The Esports Research Network is building a platform to shine a light on the topics that matter most to esports stakeholders today. Approximately 100 members research esports in areas that include but are not limited to: education, mental health, marketing, media, sports, sustainability, entrepreneurship, equality and culture. Jönköping hosted the first Esports Research Network symposium in 2019 where researchers gathered to discuss sustainability in the industry.

The future of esports research
Dr McCauley, Dr Tierney, and Dr Tokbaeva’s study has expanded our understanding of how to shape an offline regional esports market through local actors. The next stage is to look at other regions to learn from their best practices and experiences. The best practice themes can be shared globally to enhance the contribution of esports to local communities. Many other topics also require further research in the industry, including but not limited to: gender equality in the industry, how legitimacy can be enhanced, stakeholder analysis, emerging business models, education, health and sustainability. Much of the industry’s media activity happens at a player and grassroots level, so these are essential focus areas for ongoing research and analysis. Esports is no longer only gaming alone in a bedroom. It is 15,000 fans cheering on their team in a stadium. It is young people learning teamwork, strategy and communication. It is people sharing their passions and making life long friends.

Find out more about the Esports Research Network https://esportsresearch.net/

What is your next major research project for esports?

<>My current projects are mostly based on things I consider important for society in terms of gaming and esports. Currently I’m interviewing people who organise LAN parties and it’s really opening my eyes to how positive LAN parties are and how important they are in bringing people together to share their passions. I’m also looking at all the great organisations here in Sweden who work so hard for others in esports. Esports United support all the Swedish grassroots organisations from a cultural perspective and their goal is to create a healthy environment for youth, where they will be able to learn, socialise, organise and grow. Esports Förbundet represents Swedish esports in Europe while working to legitmise esports as sport and is all about creating a platform for people to engage with esports to the best of their abilities. Female Legends is an online community for girls and those identifying as non-binary to engage in esports. Their goal is that girls should be an integral part of esports, and that it should be equal for everyone in both the grassroots and professional scene and they do a lot of offline work to make this happen. I really love researching what these groups do because it’s so important and it’s about working for others.

How would you define the role that esports plays in today’s society?

<>Esports is not going to stop growing and developing in importance within society. The sheer scale of the audience and how many people actively participate is really mind blowing to a lot of people. Talking to high school esports coaches about how useful it is for developing skills in young people is one of the things I really enjoy. We founded the Esports Research Network to bring together esports researchers from across the world because of how much esports will continue to grow in importance at all levels of society. I did a research project on gaming culture in Vietnam and esports basically dominated our findings which really opened my eyes. The current Covid-19 crisis has shut down most sport and has obviously impacted esports live events. But at the same time online esports can still happen and so I think the value of esports can really be seen in how it is getting people through a tough time and also allowing people to get online and chat and play with their friends. That sort of value to society is immeasurable. 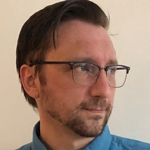 Dr Brian McCauley is a Postdoctoral Researcher at the Media, Management and Transformation Centre at Jönköping International Business School. He is a Founding Member and Vice Chair of the Esports Research Network.

Dr McCauley’s study analyses how local actors shape the regional esports market in Jönköping through their offline actions, what benefits this brings for the esports industry and the wider society. 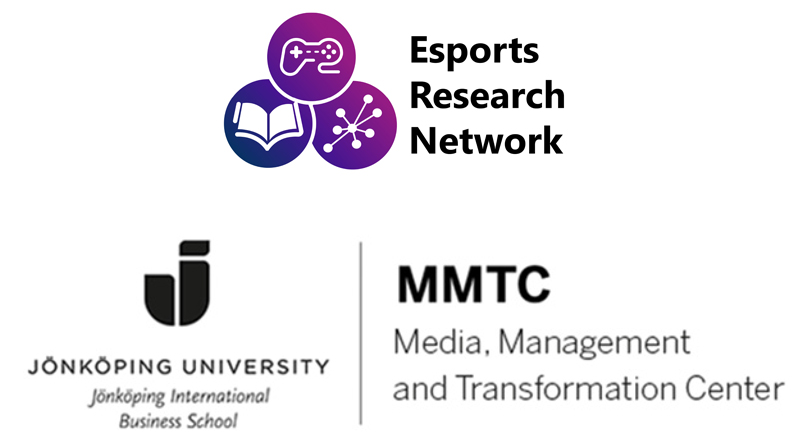