Entrepreneurship makes a vital contribution to economic prosperity. However, this activity is difficult to measure and compare between countries. One reason is that current metrics fail to distinguish between small-scale entrepreneurs without growth potential or ambition, which are common to developing nations – such as taxi drivers or street vendors – and entrepreneurial firms with high growth potential. Accordingly, Magnus Henrekson, Professor at Stockholm’s Research Institute of Industrial Economics, and Dr Tino Sanandaji, researcher at the Stockholm School of Economics, have conducted a study that combines and adapts established methodologies to more finely pinpoint entrepreneurial activity and better capture international differences.

Entrepreneurs attract a lot of interest from governments and the public for their risk-taking and capacity for innovation. After all, these attributes enable entrepreneurs to create new jobs, technologies, and sources of value. Measuring entrepreneurship is therefore necessary to track a crucial form of economic activity for national prosperity. For example, authorities may wish to calculate the rate of startup creation to assess the need for policy change to stimulate their growth.

Researching entrepreneurship, however, is beset by methodological difficulties. Experts disagree on definitions, indices, and variables. Meanwhile, current measures lack the specificity required to draw international comparisons. Against this backdrop, Prof Magnus Henrekson, senior researcher and former CEO at Stockholm’s Research Institute of Industrial Economics, and Dr Tino Sanandaji, researcher at the Stockholm School of Economics, set out to more accurately examine these agents of enterprise.

Dealing with definitions
What constitutes an entrepreneur? Economists adopt various definitions. In the early 20th century, Joseph Schumpeter famously tied the concept to change. In other words, he saw entrepreneurs as those who create or recreate firms to depart from usual practices, through the use of new technology, product designs, business arrangements, and other competitive strides. Disruption to the status quo then brings about an altered market equilibrium in which other firms adapt and compete with the innovator. Such an understanding breaks from traditional definitions of the entrepreneur, which place all heads of firms, managers, and self-employed persons under the label. The Schumpeterian entrepreneur, therefore, is one who specifically transforms rather than replicates existing business methods.

Schumpeter’s definition of entrepreneurship is influential but abstract, making it difficult to incorporate into empirical analysis. Indeed, very few datasets track which firms disrupt market equilibria. Nevertheless, Schumpeterian entrepreneurialism remains a useful concept for drawing distinctions within business activity. In particular, most firms in wealthy market economies exploit established practices and innovate only incrementally. For example, while many small businesses share the feature of nascent Schumpeterian entrepreneurial ventures of being newly founded and owner-managed, most are best described as permanently small and replicative. Similarly, large businesses have a greater impact yet often utilise routine practices, such as in finance or real estate. Accordingly, depending on the research aim, studies can encounter problems when entrepreneurialism is treated as synonymous with self-employment and small business, or large firms with high impact.

The Schumpeterian entrepreneur, therefore, is one who specifically transforms rather than replicates existing business methods.

Categorical conflation
The trouble with using imprecise indicators for entrepreneurialism is partly explained by the story of Walmart. Former JC Penney employee, Sam Walton, pursued an independent venture when his boss rejected the idea to establish discount stores across small towns in the U.S. Walmart would grow to become the largest private employer in the world and replaced thousands of smaller retail operations. This process illustrates how creative entrepreneurialism reduces the presence of small businesses and self-employment through market domination and the provision of better employment opportunities. The result is a more prosperous economy, as confirmed by cross-country comparisons.

Because of the tendency above, measurements of entrepreneurialism that conflate the issue with small and medium-sized enterprises (SMEs) likely fail to pinpoint the pertinent phenomena. Indeed, government efforts to expand the number of disruptive entrepreneurs through SME-friendly policies may have the reverse effect. Taxes and regulations tend to disproportionately fall on formally registered corporations and discourage growth-oriented innovative enterprises while giving an advantage to small informal operations. Greater precision in measurement is therefore essential to inform policy choices and capture international differences. For example, countries like Ecuador and Burkina Faso have the highest concentration of early-stage firms, while lacking the high-impact entrepreneurial companies epitomised by Microsoft or Facebook.

The tricky business of tracking
Entrepreneurship tends to be quantified with a single measure, lacking any distinction between innovative and replicative firms, or their level of impact. Such a conflation raises issues under the aforementioned research and policy aims. However, other studies may adopt a single grouping for entrepreneurialism to investigate conditions shared by Schumpeterian and routine business owners, including self-employment, reacting to opportunity, and dealing with risk and uncertainty. Each approach to understanding the entrepreneur therefore has its place, but how would the former variables be empirically examined? Schumpeterian entrepreneurs may be indicated by a number of proxy variables, including whether a firm has filed for patents, acquired intellectual property protection or was from the start registered in states such as Delaware with legal systems favourable to public companies.

The study’s findings also confirm that a well-educated labour force and advanced infrastructure are valuable but insufficient to stimulate creative entrepreneurship.

Quality-based measures of Schumpeterian businesses look for signs of innovation and high growth but may not discern current impact. Prof Henrekson and Dr Sanandaji rectify this by incorporating indicators for the level of firm impact, including expected employment growth, sales, and the wealth of founders. By taking the market context into account, smaller firms can be assessed as innovative and market-disrupting relative to their sector, even while accumulating relatively little wealth and a smaller workforce. Low and high impact thus form additional categories that intersect with routine and Schumpeterian entrepreneurship, to form a rigorous conceptual model of entrepreneurialism. Prof Henrekson and Dr Sanandaji use these insights to investigate variations in the rate of high-impact Schumpeterian entrepreneurship between countries.

To detect high-impact Schumpeterian enterprises, the two researchers use proxies in venture capital-funded firms, ‘unicorn’ businesses, and billionaire and top young entrepreneurs, while excluding those whose wealth was amassed primarily through inheritance, paid employment, financial investment, and asset management. These quality-based indicators are examined alongside broader quantitative measures of national business activity, from business ownership to expected growth in early-stage startups to the number of self-employed. These qualitative and quantitative factors are inspected across 64 countries and against features of the economic and institutional environment, including GDP, education and human capital, research and development spending, and the regulatory burden on business.

The bottom line
A core finding of the study was that qualitative measures capture high-impact Schumpeterian activity while negatively correlating with the quantitative factors of self-employment, business ownership, and early-stage startups with low expected growth. This demonstrates the tendency whereby innovative firms displace smaller businesses within a sector and draw in the otherwise self-employed by offering more favourable job prospects. The study’s findings also confirm that a well-educated labour force and advanced infrastructure are valuable but insufficient to stimulate creative entrepreneurship. Attracting Schumpeterian firms also depends on having appropriate incentive structures and facilitating growth, such as through laxer business regulation. This is reflected in the concentration of high-impact Schumpeterian enterprises in countries such as Hong Kong, Singapore, and the United States, and some of the lowest rates appearing even in OECD nations such as Greece and Italy.

The lowest occurrences of Schumpeterian entrepreneurialism arise in developing countries, such as India, Pakistan, and Egypt. This might seem to imply the need for policy adjustments to encourage such innovators. However, Prof Henrekson and Dr Sanandaji note the importance of empirical precision, not only in guiding research but in policy aims as well. Countries may have a greater need to promote small and medium-sized firms when they have an underdeveloped service sector or experience a decline in employment in large firms or the public sector. A multi-dimensional understanding of the entrepreneur is therefore crucial for directing business brilliance towards national prosperity. Indeed, the researchers conclude by warning other specialists and policy-makers to avoid the pitfalls in conflating very different types of firms as identically entrepreneurial, and highlight the need for further research to dig deeper than the very top layer of high-impact Schumpeterian businesses, to better estimate entrepreneurship.

Our inspiration was Big Data! In recent years more data sources have become available, and we put a lot of effort into compiling several new datasets that measured business activity across countries, and that used different methods. As the datasets gradually grew more complete, interesting patterns emerged that gave us clues to new research findings, with results that interestingly confirmed Joseph Schumpeter’s intuition from almost a century ago. We both have a background in economics and like to apply modern statistical methods used in economics to further entrepreneurship research.

With high-impact entrepreneurial businesses like Amazon and Facebook notoriously evading and avoiding tax by significant amounts, is it particularly the medium stage of innovative firm growth that is most inhibited by burdensome tax and regulation?

Yes, to the extent that large firms use advanced planning and loopholes to avoid taxes, the burden disproportionately falls on the rest of the economy in the form of workers and smaller firms. There is also interesting evidence suggesting that family-owned businesses pay more taxes and tend to be less aggressive in tax planning and tax avoidance. 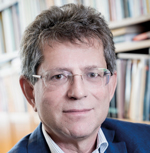 Magnus Henrekson is Professor of Economics at the Research Institute of Industrial Economics (IFN) in Stockholm, Sweden. He was IFN’s CEO until October 2020. Until 2009, he held the Jacob Wallenberg Research Chair in the Department of Economics at the Stockholm School of Economics. After receiving his PhD in 1990 from Gothenburg University with his dissertation ‘An Economic Analysis of Swedish Government Expenditure’, he conducted several projects that aimed to explain cross-country growth differences. Since the turn of the new millennium, his primary research focus is entrepreneurship economics and the institutional determinants of the business climate. In addition to his academic qualifications, he has extensive experience as an advisor, board member and lecturer in many different contexts.

Tino Sanandaji is a Research Fellow at the Institute for Economic and Business History Research (EHFF) at the Stockholm School of Economics, Sweden. He received his PhD from the University of Chicago in 2011. Sanandaji has authored numerous articles and books, as well as several government-commissioned reports.

Professor Henrekson and Dr Sanandaji compare the level of entrepreneurship across countries.