Stress and early life adversity alter the body’s stress response and are predisposing individuals to psychiatric disorders. Additionally, stress vulnerability and resilience have a genetic predisposition in humans due to variants of the FKBP5 gene. For in depth understanding of underlying mechanisms altering the stress-response network, valid animal models are needed. A novel mouse line developed at Taconic Biosciences and characterised by Verena Nold of Ulm University, Dr Kelly A Allers, a senior principal scientist at Boehringer Ingelheim, and colleagues now provides much needed first insights in this field, moving us a step further in identifying biomarkers for diagnosis or treatment.

The prevalence of psychiatric disorders has increased in recent years. Psychiatric disorders ranging from depression and anxiety, post-traumatic stress disorder (PTSD), autism spectrum disorder, psychosis, and others may impact a person’s quality of life, social interactions, and careers.

Both environmental factors and genetic predisposition influence stress vulnerability and resilience in humans, making them more prone to develop psychiatric disorders. The brain is highly adaptable, but stress can induce both physical and psychological changes. All individuals will experience moments of stress or adverse events during their lifetime. However, the quantity or severity of stress (chronic or traumatic) and the timing of the stress (during pregnancy, childhood, and adolescence) can profoundly affect the stress response and impact later life.

Adverse events during childhood such as abuse, neglect, or trauma (known as early life adversity, or ELA) detrimentally affect the brain during this important developmental stage and can lead to abnormal coping strategies. In addition to external factors such as stress, genetics plays a role with several genes identified as predisposing an individual to an abnormal stress response.

By studying such gene x environment interactions it’s possible to elucidate the underlying mechanisms involved in abnormal stress responses, so that biomarkers for diagnosis and treatment can be identified. Animal models use either whole organisms or cultured cells to study physiology and pathology, but typically do not contain human genetic variants. Verena Nold, Dr Kelly Allers, and colleagues have developed a novel animal model that enables such investigations, providing valuable insights in this area.

The stress-response network
Our body initiates a stress response to cope with changing and challenging conditions in our environment. This ability to cope and adapt is vital for survival. The stress-response network consists of several interconnected components. The psycho–immune–neuro–energy (PINE) network regulates physiology by interlinking neuronal activity of the brain, the hypothalamic–pituitary–adrenal (HPA) axis, the immune system, and metabolism.

Changes in the PINE network are implicated in diseases such as major depressive disorder. It’s also known that stress in early life can negatively affect immune function and increase the risk of developing other pathologies such as cardiovascular disease. With such interconnection, communication within the PINE network is essential to its function and any effects on this communication can lead to an abnormal stress response.

Two fundamental parts of the stress-response network are the sympathetic nervous system and the HPA axis. Initial response to stress activates the sympathetic nervous system to release adrenaline during the ‘fight-or-flight response’. Subsequently, the HPA axis becomes activated, causing release of glucocorticoids (steroid hormones) from the adrenal glands. Glucocorticoids are universal messengers in the stress response and coordinate many physiological processes. One fundamental role of glucocorticoids is to increase blood glucose levels to ensure sufficient energy is available to deal with stress.

Under normal physiological conditions, once the stress trigger resolves, the HPA axis activity diminishes, and the body returns to a homeostatic (steady and stable) state. However, continuous stress triggers may change this cycle long term, resulting in a chronically activated HPA axis and an abnormal stress response system. In addition to the pivotal role glucocorticoids play in the stress response, they have important functions under normal physiological conditions. Glucocorticoid levels reflect an organism’s increased activity during the day compared to night (known as diurnal glucocorticoid rhythmicity). This rhythmicity is crucial for normal physiological functioning and enables flexibility in the response to stressful situations.

Genetic predisposition to stress vulnerability and resilience
Previous studies show that individuals who experienced childhood trauma and developed psychiatric disorders have differential expression of the FKBP5 gene (change in levels of this gene) after a stress trigger, compared to those without disease. A mutation, specifically a single nucleotide polymorphism (SNP) in the human FKBP5 gene increases the risk of developing psychiatric disorders. A SNP is where one change or variation in a DNA base pair exists. Although this is an alteration of only one DNA base pair, its presence results in two different forms of a gene (known as alleles). In the case of the FKBP5 gene, one of these is the A/T allele (associated with higher risk of detrimental effects of stress) and the other is the G/C allele (associated with better resilience to stress).

A previous study by Verena Nold, Dr Kelly Allers, and colleagues using primary brain cell types of the novel FKBP5-humanised mice, found that the A/T allele genotype increased stress-stimulated expression of the FKBP5 gene. This is thought to result in a reduction in subsequent glucocorticoid signalling. Such reduced glucocorticoid signalling negatively affects the important communication within the PINE network, leading to stress vulnerability.

Gene x environment interaction mouse models
A recent study by the research team aimed to understand how FKBP5 gene mutations in mice who experienced ELA affected the stress response system and the animal’s behaviour in adulthood. Another study goal was to establish if there was a difference in response to stress for carriers of the at-risk A/T allele compared to carriers of the G/C allele and if so, what the underlying mechanisms were.

Mice carrying either the A/T or the G/C allele were studied to determine how these SNPs affect behaviour. To understand how ELA affects the ability to deal with adult stress, young mice were repeatedly separated from their mothers, a paradigm meant to mimic maternal neglect, and then studied in adulthood.

By elucidating such mechanisms, biomarkers for potential therapies to counter the negative effects of FKBP5 gene variants can be investigated.

Compared to C/G allele carriers with the same developmental conditions, the A/T allele carriers exposed to ELA were less active, adapted poorly to new environments (they had reduced active coping), and showed less social interest. On a physiological level, they had altered diurnal glucocorticoid rhythmicity resulting in a diminished flexibility to respond to stressful situations. This genotype also had decreased expression of genes involved in both synaptic communication (passing on of information between neurons in the brain) and circadian entrainment (when the body’s physiological events align with environmental factors such as time or light/dark). These findings suggest important physiological processes such as synaptic communication and circadian entrainment are interrupted in these mice. Conversely, A/T allele carriers had increased expression of genes involved in mitochondrial respiration (energy equivalents for body cells to use) suggesting more energy is needed for these individuals. Interestingly, the study findings revealed sexual dimorphism, that is the female at-risk A/T allele carriers were more affected than their male counterparts.

From bench to bedside
This research begins to untangle the complex interplay between genetics and the environmental factors leading to abnormal stress responses and vulnerability to psychiatric disorders. These findings provide a clearer understanding of the effects of FKBP5 genetic predisposition and ELA on both the stress response system, neurophysiology, and behaviour in adulthood. By elucidating such mechanisms, biomarkers for potential therapies to counter the risk to develop (psychiatric) disorders due to negative effects of FKBP5 gene mutations can be investigated. The hope is that this may lead to earlier diagnosis or therapies for stress-induced disorders.

How can the novel mouse model developed in your research be used in future studies into the aetiology and mechanisms of psychiatric disorders?

The presence of FKBP5 polymorphisms and their impact on psychiatry comes already from the clinic. First determined by Elisabeth Binder and then confirmed in numerous clinical studies, the interaction of FKBP5 and early life adversity compromises adult psychiatric health. By developing a mouse model where the ‘why’ and ‘how’ of this impact can be better studied, we can someday understand the precise pathophysiological trajectory of FKBP5 related disorders. This understanding will lead to better and more precise treatments for affected individuals.

What are important considerations for new models to study complex psychiatric disorders?

If a model is based on putative pathomechanisms and shows face validity by mimicking abnormal behaviour and physiology resembling the human condition, this is a good start. Nevertheless, understanding the limitations of any animal model is equally important. We cannot reproduce real psychiatric syndromes in animals, since they result from complex interactions between genetic risk and a lifetime of environmental influences. With the understanding of these limitations, the hope would be that understanding the role of FKBP5 better leads to identification of new drug targets to counteract the modeled pathology. A further hope would be that changes in the animal model might as well be measurable in man, providing biomarkers for FKBP5-related pathology. As our goal is to move towards a ‘precision psychiatry’ approach, knowing the physiological impact of these manipulations could lead to better matching of patient to treatment.

How is Boehringer Ingelheim working to address the needs of patients with psychiatric disorders by ‘precision psychiatry’?

Current psychiatric diagnoses do not map well onto the neurobiological processes that underlie the complex emotional and behavioural change that patients experience. Boehringer Ingelheim is therefore taking a ‘precision psychiatry’ approach to addressing unmet need. We believe that by understanding how brain circuit function relates to the symptoms that individuals experience we will be able to develop therapeutic approaches – be these pharmacological, psychological or digital – tailored to the needs of individual groups of patients, irrespective of their diagnosis.

Stress vulnerability and resilience: Insights from a novel mouse model was last modified: May 30th, 2022 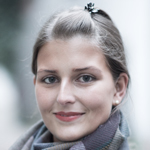 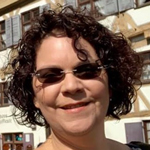 Kelly A Allers received her PhD in Neuroscience at Emory University in 1997. Since that time her research has investigated the neurophysiological basis of a wide range of neurological disturbances such as neurodegenerative disease, sexual dysfunction, and psychiatric disease. Of primary interest is the impact of risk factors such as stress and inflammation on brain function.

Investigating the consequences of stress on the psycho-immune-neuro-energy network and further develop animal models of psychiatric disorders.