The socially complex and highly urbanised Indus Valley Civilisation began a sustained decline around 3900 cal yr BP (calendar years before present). This decline has been linked with abrupt climate change starting at ~4200 cal yr BP. Past studies examining its causes point to hydroclimate variability, but these studies offer inconsistent evidence for the timing and mechanism(s) driving mid- to late-Holocene climate change. At the University of Georgia, USA, Dr David Porinchu is refining our understanding of climate change during this period using radiological and compositional analyses of lake sediment cores recovered from the Himalaya.

Despite decades of (for the most part, unheeded) warnings from scientists, the effects of global climate change are becoming increasingly tangible. While anthropogenic climate change is unprecedented in its speed and severity, our planet has experienced countless periods of environmental upheaval during its long evolution. We cannot even claim to be the first civilisation to grapple with the consequences of climate change, although we are undoubtedly the first to inflict it on ourselves at a global scale. Regardless, one of our most valuable tools in the fight against climate change is our ability to look back through time, to see where past episodes of climate and environmental change led. 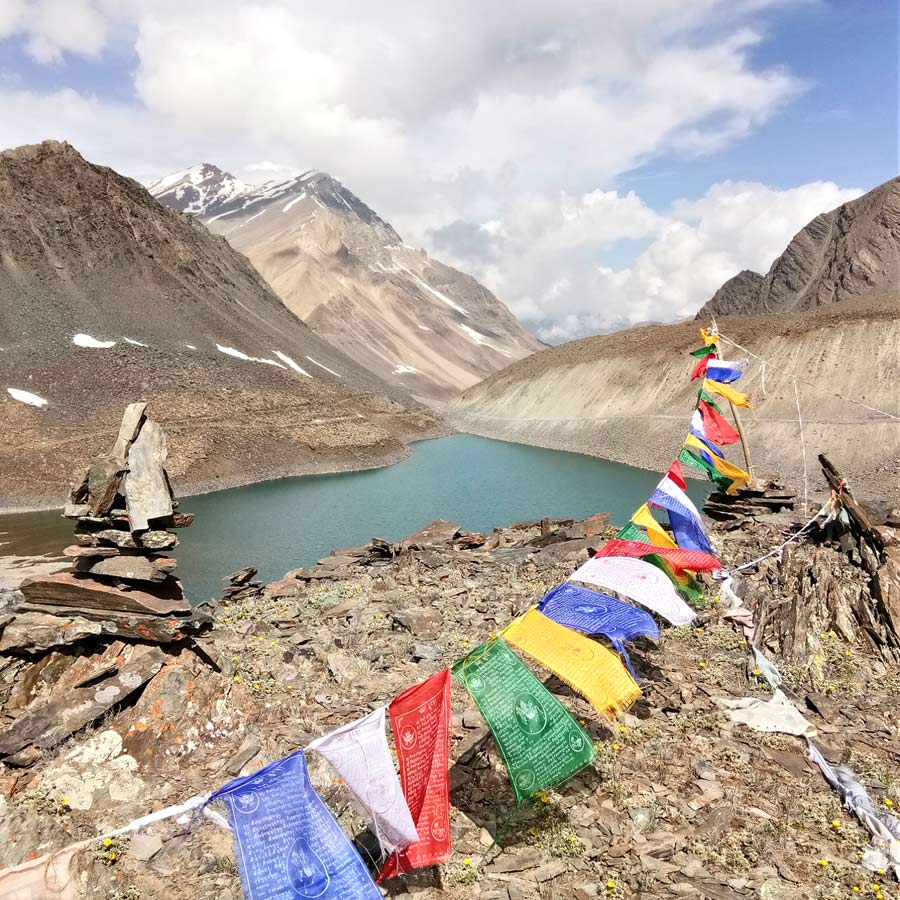 Between 4200 and 3900 cal yr BP (calendar years before present), northern India was occupied by the well-established Indus Valley Civilisation, which was concentrated within the Indus River and Ghaggar-Hakra River valleys. The Indus Valley Civilisation was socially complex, agrarian, and highly urbanised: they had well-developed infrastructure, including large cities with extensive sanitation facilities and agricultural irrigation systems that used hydraulic engineering. A rapid, stepwise, and sustained collapse of the society started around 3900 cal yr BP and continued for the better part of a millennium. This decline saw a fall in population, a collapse in urban centres, and a move towards a more rural social structure. Various reasons for this decline have been proposed, including disease, war, changes in regional hydrology and river systems, socio-political instability, disrupted trade networks, changes in crop patterns, and abrupt climate change. Among them, the evidence for a climate-related trigger is strong, as the decline followed the widely recognised 4.2 ka event, which was characterised by a reduction in the global monsoon and associated circulation systems that led to droughts and seasonal precipitation failures worldwide.

This research provides a sub-decadal scale reconstruction of hydroclimate variability from 5200 to 3000 cal yr BP, which spans the rise, expansion, and eventual decline of the
Indus Valley Civilisation.

Archaeological and paleoclimate studies in north-west India have revealed climate-induced drought episodes from ~4200 cal yr BP onwards. However, while the results of past studies (including those based on lake and marine sediments, stalagmites, fluvial dynamics, and regional agriculture) all point to water scarcity, they offer inconsistent and sometimes conflicting evidence for the exact timing and mechanism of mid- to late-Holocene climate change. For example, oxygen isotope (δ18O) evidence from speleothems (mineral deposits that form in caves over time) show that the mid to late Holocene in north-west India was governed by two sources of precipitation each year. However, there is little clarity as to whether the rise in water scarcity reflected weakening of the Indian summer monsoon, weakening of the Indian winter monsoon, or weakening of both systems. This lack of resolution makes it difficult to link hydroclimate variability with archaeological observations.

At the University of Georgia, USA, Dr David Porinchu and his collaborators are attempting to refine our understanding of the timing, magnitude, and extent of hydroclimate changes during this interval. More specifically, they aimed to determine if the decline in the Indus Valley Civilisation was related to a decrease in precipitation and increasing hydroclimate variability. With support from the US State Department, the National Science Foundation, and the University of Georgia, they have performed non-destructive, radiological analyses of a sediment core recovered from a small lake located in the Garhwal Himalaya. The data provide a sub-decadal scale reconstruction of the hydroclimate from 5200 to 3000 cal yr BP, which spans the rise, expansion, and eventual decline of the Indus Valley Civilisation.

Research approach
A 3.80m sediment core was extracted from Deoria Tal, a small lake (2.7ha) at an elevation of 2,393m above sea level in the northern Indian state of Uttarakhand. The lake sits within a closed basin with a small catchment area (just 11ha). Today, human activities have a limited impact on the lake, which lies within a protected area; however, pollen and archaeological analyses suggest that human activities around the lake were more extensive in the past, particularly between ~4000 and 1300 cal yr BP. Porinchu and his colleagues have performed radiocarbon dating and chemical analyses of the new sediment core, allowing them to reconstruct ~5300 years of regional climate and environmental change.

Variations in lake sediment elemental concentrations can distinguish anomalous hydroclimate conditions. For example, previous studies in different settings have used Ti variation to reconstruct rainfall, run-off, and detrital input. The Ca/Ti ratio has been used as a proxy for lake level (high Ca/Ti indicates lower lake level and higher evaporation, and vice versa). Porinchu and his colleagues used X-ray fluorescence (XRF) analysis to measure elemental concentrations in the sediment core, and principal component analysis (PCA, a method that reduces the number of dimensions in a complex dataset, revealing the most important variables) to identify major patterns in the data.

The PCA results show that K, Ti, Fe, Rb, Sr, Zr, and Th serve as proxies for sediment source, while elemental ratios (Mn/Ti, Fe/Mn) reflect oxygen availability in the bottom water of the lake. Elevated Fe/Mn, lower Mn/Ti, and an increase in allogenic detrital input (sediments transported from elsewhere) between 4350 and 4200 cal yr BP, point to a positive hydroclimate anomaly; that is, increased precipitation and lake depth. However, 4200 cal yr BP marks an abrupt change, with prominent fluctuations in Th, Rb, Ti, Zr, Fe/Mn, and Mn/Ti. These changes indicate the onset of lake drawdown at 4200 cal yr BP, and are consistent with a negative hydroclimate anomaly between 4200 and 4050 cal yr BP. From 4200 cal yr BP onwards, conditions became markedly drier and the lake level fell.

Climate and the fall of civilisation
At 4200 cal yr BP, the Indus Valley Civilisation included several thousand communities along the Indus and Ghaggar-Hakra rivers, and the agricultural system was heavily reliant on flooding-based irrigation (and by extension, on stable regional precipitation). The decline of the civilisation did not occur for another ~300 years, suggesting that the abrupt climate change event of 4200 cal yr BP was not the sole cause. However, the increasing drought conditions undoubtedly played a role, as evidenced by the eastward migration of population centres, from the driest regions to those with more available freshwater and stable precipitation regimes. However, the team still cannot distinguish between variations in the Indian summer monsoon and Indian winter monsoon in the hydroclimate anomalies recorded at Deoria Tal. To this end, via ongoing research using stable isotopes (δ13C and δ180) and biotic proxies, Porinchu and his colleagues continue their efforts to reveal the relationship between hydroclimate anomalies and the contraction of the Indus Valley Civilisation between 4500 and 3000 cal yr BP. 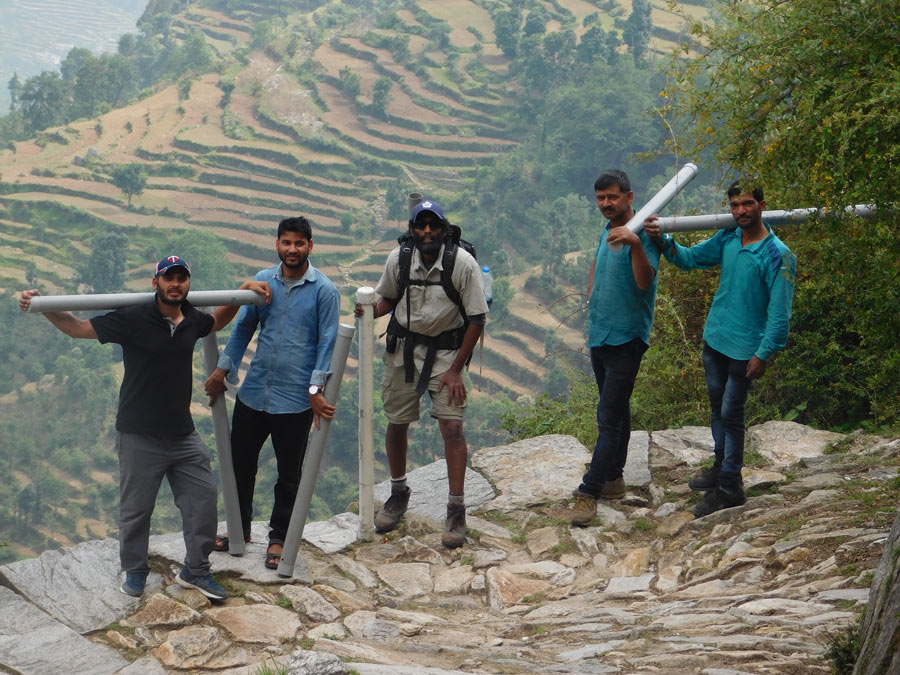 Far from simply offering insight into past lives, the work of Porinchu and his colleagues offers a window into our own future. As climate change once again takes hold around the world, understanding the possible changes in our environment offers the chance for mitigation of its impacts.

What are the next steps for this research?

We will use stable isotopes (δ13C, δ180, δ2H), chironomids and pollen to better characterise the magnitude, extent, and driver(s) of the abrupt hydroclimate change evident in northern India during the late Holocene. Specifically, we will use pore water stable isotopes (δ180, δ2H) to disentangle the relative contribution of the Indian summer monsoon and mid-latitude westerlies to regional hydroclimate variability during this interval. These new records will allow us to assess and better document linkages between peak aridity and the spatial and demographic contraction of the Indus civilisation between 4200 and 3000 cal yr BP. 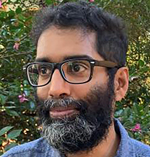 Dr David Porinchu is a biogeographer with substantive research interests in paleoclimatology, global climate, and environmental change. His research centres on characterising recent and long-term patterns of climate change (decades to millennia), the forcing factors behind such changes, and their impact on natural ecosystems and people.

Dr Porinchu studies the climate and environmental factors that influenced the Indus civilisation.