Research being carried out by Professor Avishai (Avi) Ceder from the Technion – Israel Institute of Technology offers a fresh global perspective of the current situation of urban transport. He examines opportunities for us to move towards sustainable urban mobility that could substantially reduce road traffic damages and its global impact. Using data from 19 countries and 17 major cities, Ceder measures road traffic damages and proposes alternatives with the exclusive, and preferred, use of public transit vehicles. His model provides a personalised, seamlessly connected urban public transport service for its passengers.

Damage caused by road traffic is a global problem, both in terms of the death toll from road traffic accidents and the pollution it generates. Research into public transit systems of the future, carried out by Professor Emeritus Avishai (Avi) Ceder from the Faculty of Civil and Environmental Engineering at the Technion – Israel Institute of Technology, examines opportunities for us to move towards sustainable urban mobility, substantially reducing road traffic damages. Ceder believes that following the many lifestyle changes that accompanied COVID-19, it is likely that people are more open to altering their attitudes and behaviours. This may provide a window of opportunity for the adoption of sustainable solutions to the current problems surrounding global transportation.

An opportunity for change
Ceder’s unique analysis offers a fresh global perspective of the current situation on our roads in preparation for the transition from traditional privately used and owned vehicles, referred to herein as private cars, and autonomous vehicles. He addresses two main issues. Firstly, he tackles the confusion that hinders the development of automated urban mobility with a new global vision that prompts a reassessment of the development path for autonomous vehicles together with its sustainability. Secondly, he investigates the importance of directing public transport policy trends to avoid making mistakes during the transition to automated-electrical vehicles. Moreover, he encourages decision-makers to embrace proactive behaviour when considering new global decisions.

Ceder explains that ‘with road traffic rated the largest net contributor to global warming, responsible for even greater damages to which the world has been largely oblivious, the prospects now appear greater for proactive governments to develop autonomous vehicles for transit only and vehicle standardisation’. To investigate the opportunities for changing urban mobility to reduce the damage caused by road traffic and the implications for global warming, he analyses data from 19 developed and developing countries across the world to establish measures to quantify and describe the detrimental effects of traffic and transportation damages. In addition, he compares the travel times of private cars with those of all types of public transport vehicles in 17 major cities before sharing his proposal for a system of autonomous transportation to provide public transport services for these 17 cities.

…the prospects now appear greater for proactive governments to develop autonomous vehicles for transit only and vehicle standardisation.

Measuring road traffic damages
Using data collected from 2014 to 2018, Ceder created a comparison base to deal with the variation across the 19 different countries by developing four proportionality-based measures to describe the global impact of traffic. These are calculated in terms of a new independent measure, the active level of private car motorisation (ALoM). This equates to the number of private cars that run 24 hours a day per 1,000 inhabitants.

Global data analyses reveal the extent of global transportation damages in average terms. These include traffic accidents, accounting for 35.6% of all deaths resulting from any kind of accident. Transportation is confirmed as the greatest net contributor to global warming, emitting 24.4% of carcinogenic fine particulate matter. Traffic congestion means that 22.5% of time spent travelling during peak times is lost in traffic jams. On average, a private car is in motion for only 5.3% of each day, spending 94.7% of the time parked and taking up space.

Comparing travel times
Ceder also compared the travel times of private cars with those of all types of public transport vehicles, including trains, buses, taxicabs, ferries, and cable cars, in 17 major cities (figure 2). His comparison of trips from each city centre to destinations within 30, 45, 60, and 90 minutes of travel uncovered that, contrary to expectations, 94% of the journeys took less time by public transport than by private car.

Potential sustainable urban mobility
Global data that justifies a range of public transit vehicles can replace private cars underpins Ceder’s proposal for a system of autonomous transportation to exclusively provide autonomous public transport services, and is preferred to private cars, within these 17 cities. He presents two options. The first scenario involves the transfer of individuals using a reserved autonomous vehicle to take them from their point of departure to their destination. The second scenario involves people moving from their individual points of departure to the departure point of an autonomous bus that takes them to their destination. Analysis of the data generated by modelling these alternatives of future public transport demonstrates that the exclusive use of public transport vehicles (where half of the people use the first scenario, and half use the second scenario) can reduce the total number of vehicles on the roads by about two thirds. This makes his proposed approach a plausible concept for the future.

A vision for public transport
Ceder imparts his vision for public transport for future urban mobility using seamlessly connected vehicles, where vehicles physically connect to others to facilitate the smooth transfer of passengers. Following the COVID-19 pandemic, public transport users want to avoid risks of infection. Users also prefer personalised services. With these criteria in mind, smartphone apps can help provide flexible, interactive public transit services with readily available, real-time journey planning information for users. He has also designed an innovative process where travellers can seek routes that cater to their preferences, such as cost, convenience, risk minimisation, and their desired time of travel.

Future sustainable urban mobility
Ceder advocates the use of automated public transit vehicles in our cities. Through his modelling, he demonstrates how these concepts have the potential to better meet the transportation needs of urban travellers when compared to the current mode of widespread privately used and owned vehicles. He emphasises that for an individual to switch from using their private car to any type of public vehicle, the individual must decide that they prefer public transport vehicles. Such changes will only arise if proactive, transcontinental governments encourage the development of autonomous vehicles exclusively for public transport use and if they put standards in place to enable the automatic connection of different vehicles.

According to Ceder, four components must be considered to achieve urban mobility that is both seamless and appealing to its users: 1) globalisation in terms of reciprocal action between urban, national, and international smart mobility economies; 2) personalisation that ensures the system is compatible with the passenger’s needs and preferences facilitated through smartphone apps; 3) prioritisation for emergency vehicles, and other preferential needs such as the elderly and VIPs; and 4) the standardisation of compatible connections between vehicles for simple, fast, and convenient transfers. He termed these four components GPPS (globalisation, personalisation, prioritisation, and standardisation).

The exclusive use of public transport vehicles can reduce the total number of vehicles on the roads by two-thirds.

Ceder likens driving to an addiction, a habit that is difficult to break. One approach to reduce the use of private cars is by offering incentives complemented by evidence clearly showing that public transport is better for individuals and society. Individuals and groups should understand that this is a choice, however, and not a stipulated measure.

Ceder is an internationally renowned expert in transportation and has published widely on the subject. Among these publications is his book for practitioners, researchers and academics, Transit Planning and Operation: Modeling, Practice and Behavior, which has also been translated into Chinese and Korean. In this work, he expands these methods to include the synchronisation of sustainable urban mobility and policy supported by global data analysis.

Key findings
This study contributes four main findings to inform sustainable urban mobility and public transit policy. It provides a measure demonstrating the benefit of deploying global urban public transit vehicles over private cars. It exposes the global magnitude of road traffic damages and offers an approach for the reduction of the number of vehicles in urban areas by two-thirds. The three research components channel both discussion and conclusions as his fourth main finding, including the decision-making required for it to become reality. Ceder concludes that his work justifies the development of sustainable urban mobility that exclusively employs public transit vehicles and provides a personalised, seamlessly connected public transit service for its passengers.

What do you think is the greatest challenge faced by transport policymakers promoting sustainable urban mobility?

Using the work and the conclusions described, the following three challenges are attainable, for instance, through an inter-governmental political forum: (1) to appreciate the potential and importance to revolutionise transportation at present like understanding the necessity of global climate change; (2) to rethink limiting automated-vehicle development to non-private vehicles, with international standardisation; (3) to let autonomous car manufacturers understand and be convinced not to develop their cars for private use. 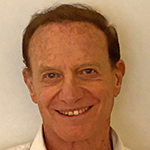 Dr Avishai (Avi) Ceder is Professor emeritus at the Technion – Israel Institute of Technology. He is also founder and previous director of the Transportation Research Centre (TRC) at the University of Auckland and was Chief Scientist of the Israel Ministry of Transport (1994–1997). Ceder is member of various international symposia (eg, ISTTT, CASPT).