Carbon nanotubes are already widely known for their potential uses across a broad range of technologies. So far, however, their marvellous one-dimensional properties have been proven only at microscopic levels, hindering progress toward real-world applications. Natsumi Komatsu from the laboratory of Professor Junichiro Kono at Rice University, Houston, shows how macroscopic alignment can be achieved in thin films and fibres, which display a diverse array of advanced physical properties. Across four subsequent studies, Komatsu and her colleagues have showcased the assemblies’ enormous potential: in applications ranging from quantum technology to devices which convert waste heat into electricity.

The science and applications of carbon nanotubes (CNTs) are among the most exciting and rapidly growing branches of materials science. Made up of sheets of carbon atoms, rolled into hollow cylinders just nanometres thick, the structures exhibit a diverse array of fascinating characteristics; displaying exceptional mechanical and electrical properties, while conducting electricity, conveying heat, and absorbing and emitting light in a wide spectral range.

The use of CNTs is now being explored in many advanced technologies: from optoelectronic devices which detect and control the flow of electrons and light on molecular scales, to lightweight materials for aircraft. Yet since the structures are so tiny, researchers still face difficulties when combining them together to form larger structures, while retaining their unique advantages. ‘CNTs often become randomly misaligned within macroscopic assemblies, so that the 1D properties of individual CNTs are often lost’, Natsumi Komatsu, of Rice University, explains. ‘Currently, methods are being sought for creating macroscopically ordered assemblies of CNTs.’

By ensuring that the nanostructures remain aligned in this way, researchers can ensure that their unique 1D properties will not cancel each other out, but instead, will be reproduced on far larger scales. Through their research, Komatsu and her colleagues in the laboratories of Professor Junichiro Kono and Professor Matteo Pasqualiat at Rice University, have developed promising methods for fabricating CNT assemblies, which can maintain their alignment within macroscopic films, as well as fibres.

The use of CNTs is now being explored in many advanced technologies.

Spontaneous alignment
In a 2016 study, Kono’s team presented a technique named ‘controlled vacuum filtration’. Here, a powder of individual CNTs is first suspended in water, while mixed with a surfactant – which causes the water to penetrate more easily through porous materials. The mixture is then poured into a filter-lined funnel, with a vacuum applied underneath. While the vacuum forces the water and surfactant through the filter’s pores, the CNTs will be left behind.

The researchers found that when the process was carefully controlled at low speed, and just the right concentrations of CNTs and surfactant were used, the CNTs spontaneously aligned to form a wafer-thin, uniform film on top of the filter, spanning a circular area of over five square centimetres. The film’s CNTs were no more than 1.5° out of alignment with each other and were tightly packed together – with over 100,000 of the nanostructures fitting within a cross-sectional area of just one square micrometre.

As Komatsu describes, the tuneability of this method offered numerous further advantages. ‘The films can be transferred onto any substrate, and their thickness can be varied from a few nanometres to roughly one micrometre’, she says. ‘The method works for nanotubes synthesised by various methods, and produced films are compatible with modern nanofabrication methods.’ Building on the success of this approach, several subsequent studies have now used CNT films fabricated using controlled vacuum filtration to demonstrate a diverse range of physical capabilities.

Light–matter interactions
In 2018, a team led by Dr Weilu Gao, then a student in Kono’s lab and now an assistant professor at the University of Utah, fabricated a film of aligned CNTs with specific molecular structures. These ‘chiral’ CNTs had been rolled along a particular direction, so that the honeycomb arrangements of their carbon atoms couldn’t be superimposed onto their mirror images – just like the two hands of a glove. The team then placed their film into an optical microcavity featuring two parallel, opposite-facing mirrors, which trapped most optical wavelengths.

The goal here was to study the interaction between the electric fields of light-conveying photons confined by the cavity, and more exotic ‘excitons’. These particle-like structures emerge when an electron in a solid material absorbs a photon of just the right frequency, leaving behind a positively-charged ‘hole’ – which remains attracted to the electron due to their opposing charges. This unstable configuration may then collapse, emitting a photon in the process. The probability of this happening is described by the exciton’s ‘oscillator strength’.

‘Here, the film’s unique architecture exhibited ultra-strong coupling between photons and excitons at room temperature’, Kono explains. ‘This was attributed to an enormous oscillator strength of excitons confined in 1D CNTs.’ His team hopes that such a strong interaction between light and matter could lead to new phases of matter at room temperature with advanced quantum properties – which typically need to be kept at temperatures close to absolute zero. Elsewhere, it could be used to develop efficient ‘quantum transducers’, which convert matter qubits into photonic qubits.

From heat to light
The following year, Gao and Kono, in collaboration with the laboratory of Professor Gururaj Naik at Rice University, demonstrated the remarkable way in which the CNT film emits infrared radiation when heated. This is related to the CNTs’ unusually anisotropic optical properties. In a conventional metal, the refractive index is a purely imaginary number in the infrared, leading to the well-known plasma reflection, whereas insulating materials possess ordinary real refractive indices, allowing infrared waves to travel. Surprisingly, the team found that aligned CNT films behave like metals along the aligned direction but behave as insulators in the other two directions.

Such direction-dependent optical properties, known as ‘hyperbolic properties’, combined with the extremely high density of CNTs within the film, mean that infrared photons across a broad range of frequencies could occupy a far larger range of energy states than would be allowed in more conventional metals and insulators. This allowed the film to both radiate heat and recover external heat far more efficiently.

Furthermore, by fine-tuning the parameters of the film, the team showed that it could absorb and emit infrared photons with specifically chosen wavelengths, polarised along a single desired direction. The result may be particularly significant, given that some 67% of all energy produced by power plants in the US is currently wasted as heat. With further research, this discovery could lead to new solutions to the issue, including devices that collect this waste heat and efficiently convert it into useful electricity.

Rotating terahertz waves
Leading on from these results, a team involving Komatsu, led by colleague Dr Andrey Baydin, explored interactions between the CNT film, and waves in the terahertz (THz) range – which lie between the microwave and far-infrared regions of the electromagnetic spectrum. These waves can penetrate through thin materials like paper, fabric, and skin, but are blocked by metallic objects, and carry far less energy than frequencies such as X-rays. This makes them ideal for conveying information over short distances, and for producing clear images of solid interior structures, including delicate living tissues.

Despite these advantages, existing limitations mean that THz waves are still notoriously difficult to produce and manipulate. In their study, Baydin’s team showed that using a CNT film just 45 nanometres thick, they could controllably rotate the polarisation of an incoming THz beam, either by absorbing and re-emitting the wave, or by reflecting it. These rotations ranged from around 20° for transmitted beams, to around 110° for reflected beams.

Furthermore, the waves were sensitive to the direction of alignment of CNTs within the film – affording the team careful control over their polarisation. As Komatsu explains, this approach offers significant improvements to current techniques for THz manipulation. ‘Unlike existing THz optics that are bulky, fragile and require intense fabrication, aligned CNTs promise ultrathin, flexible, and tuneable THz polarisation devices’, she says.

When CNT fibres are strongly aligned, they display an extremely high electrical conductivity.

From heat to electricity
In their latest research, a team led by Komatsu has addressed a key issue surrounding the ‘power factor’ of thermoelectric materials: the key parameter to extract electrical power from heat. So far, higher power factors have proven difficult to achieve because both excellent electrical and thermoelectric properties are required simultaneously – not possible in conventional metals or insulators. However, in their study, the researchers showed how their aligned CNTs could easily overcome this issue. This time, instead of fabricating films, Professor Pasquali’s team provided macroscopic, weavable fibres of aligned CNTs.

The experiment revealed that when CNT fibres are strongly aligned, they display an extremely high electrical conductivity and Seebeck coeffient, in turn producing giant ‘power factor’. This property results from an enhanced ‘thermoelectric effect’ – through which a difference in temperature across the material is converted into a voltage. This effect in turn can be controlled by fine-tuning the fibre’s quantum properties.

Among the many possibilities this enables, Komatsu describes the potential for electrical circuits which can be woven into our clothes. ‘We have fabricated a textile generator based on the CNT fibres, which converts temperature differences directly into electrical energy’, she says. ‘This makes them promising building blocks for the emerging technology of fibre and textile electronics.’

Through their demonstrations of exciton-photon hybridisation, direction-dependent metallicity, THz polarisation rotations, and giant power factors, these five studies ultimately highlight the exciting potential for macroscopic assemblies of aligned CNTs. Yet research into this exciting technique is only just beginning. In the future, Komatsu and her colleagues hope that these unique advantages could soon extend to an even more astounding range of applications.

How will your technology be applied for the development of green energy? 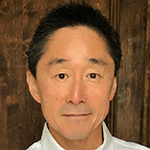 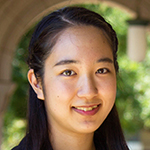 Natsumi Komatsu received a BS degree in engineering from Keio University in Japan in 2017. She joined Professor Kono’s lab as a PhD student in 2017 and received an MS degree in 2020. Her research focuses on electrical, thermal, optical, and thermoelectric properties of macroscopically aligned carbon nanotubes.

Natsumi Komatsu and her colleagues have developed aligned carbon nanotubes, with a diverse array of applications in next-generation devices.