At COARE Holdings in the US, Dr Courtney W Houchen and Edwin Bannerman-Menson examine innovative ways to target and treat metastatic colorectal cancer (mCRC). Their research focuses on the ‘stemness’ of cancer cells – a property by which the cells within a tumour are able to divide and give rise to every cancerous cell within the tumour. When these cancerous cells leave the tumour and enter the blood stream or lymphatic system, they ultimately invade local and distant tissues. This process is called metastasis. To date, such cancers do not have any cure. COARE and the Houchen lab at the University of Oklahoma Health Sciences Center work together to find molecular markers in these cancer stemlike cells (CSCs) to therapeutically target and arrest mCRC.

Colorectal cancer (CRC) is the third most common type of cancer and the second most common cause of cancer-related death worldwide. 90% of these deaths are due to metastatic colorectal cancer (mCRC). Having a family history of cancers, practising a sedentary lifestyle, eating a diet with unhealthy amounts of processed and low-fibre food, smoking, substance abuse, and a history of inflammatory bowel disease (IBD) all increase the likelihood of a person getting diagnosed with CRC.

Most cancers begin with a group of abnormally divided cells forming a tumour. These abnormal cells undergo further rounds of uncontrolled cell divisions and self-renewals to form more low-density, heterogeneous tumour cells which are resistant to any form of prevalent cytotoxic treatment. These abnormal cells, known as tumour stem cells (TSC) or cancer stemlike cells (CSC), eventually cause the tumour to metastasise with a rapid deterioration in the quality of life of the patient and fatal consequences. Unfortunately, most cases of CRC are diagnosed when they have turned metastatic.

A key reason behind TSC/CSCs escaping the body’s own surveillance mechanism is their similarity to embryonic or tissue stem cells. These cells are involved in regulating some of the key signal-transduction pathways in the body like the Notch, Hedgehog, and Wnt pathways – all of which are crucial in maintaining homeostasis. These cells have also been shown to lose E-cadherin from epithelial cells – a crucial adhesive molecule which helps the cells to stay localised. This enhances the motility and invasive properties of the TSC/CSCs, cumulatively contributing to cancer stemness.

These experiments emphasised the role of DCLK1 as a master regulator of multiple pro-survival pathways.

Despite multiple advances in the field of cancer genomics and therapeutics, nearly 50% of patients face cases of relapse or recurrence at distant sites, wherein the tumour becomes inoperable and eventually becomes fatal. Their involvement in the initiation, growth, and development of diverse forms of cancers make the TSC/CSCs one of the most critical targets for improving clinical outcomes among CRC patients.

One of the most prominent reasons for cancer metastasis is epigenetic modification – chemical processes within the genome that decide whether the genes will be expressed or not. Some key epigenetic modifications include DNA methylation, histone modifications, and chromatin remodelling. These modifications cause irreversible mutations in tumour suppressor genes and oncogenes such as APC, KRAS, TP53, and BRAF – all of which have been topics of extensive research in the past.

Dr Courtney W Houchen is professor of medicine at the University of Oklahoma and founder of COARE Holdings. Together with CEO Edwin Bannerman-Menson, he is dedicated to tracing the root causes behind cancer metastasis, and locating genes responsible for cancer stemness has been one of their focal points in this endeavour.

Doublecortin-like kinase 1 (DCLK1) is a prominent marker of cancer stemness in CRC; hence, it has been one of the newer cornerstones in molecular oncology research over the past decade. DCLK1 is a microtubule-associated protein kinase that was originally known as a tuft cell marker lining the intestinal epithelium. In due course of time, it has come to be known as a marker of cancer stemness in gastrointestinal cancers, including CRC as well as several other solid tumour cancers. Houchen and Bannerman-Menson have shown DCLK1 to be overexpressed in cancers of the colon, pancreas, liver, kidney, and the oesophagus. DCLK1 is involved in cancer cell-cycle regulation, survival, self-renewal, proliferation, invasion, metastasis, and epithelial-mesenchymal transition (EMT) through mi(cro)RNA-dependent mechanisms. EMT is a process by which excess polarised epithelial cells are converted to mesenchymal cells. These EMT (transitioning) cells are more resistant to apoptosis (programmed cell death) and are active in the metastatic development of cancers.

A novel tumour suppressor gene that has attracted significant interest of researchers in multiple cancers is BRG1, also known as Brahma-related gene 1. It has also been linked to the DCLK1 protein with regard to tumour suppression. Japanese researchers led by Yoshikawa et al (2021) have previously reported that BRG1 is a key regulator in pancreatic-duct cell-derived tumorigenesis. Further research by other groups has shown that BRG1 was overexpressed in multiple cancers contributing to tumour aggressiveness and poor prognosis. BRG1 expression controls the Notch pathway in the intestine, which in turn is crucial to the multipotent intestinal stem cells. These cells undergo multiple rounds of division and development in the intestinal epithelium to maintain homeostasis throughout life. Hence, any aberration in BRG1 expression can lead to tumorigenesis. Yoshikawa et al further concluded that BRG1 ablation in DCLK1+ mice resulted in the suppression of tumours, indicating the importance of DCLK1 as a marker of tumorigenesis and as a possible therapeutic target against metastatic CRC.

Houchen and Bannerman-Menson have been working with a team of researchers at the University of Oklahoma to explore the potential regulatory mechanisms that control intestinal epithelial cells’ fate. Their main focus lay in understanding the basis of DCLK1 involvement in pro-survival pathways and to differentiate the healthy cells from cancerous ones. Since both normal stem cells and cancer stem cells require similar survival signalling mechanisms, it is difficult for the body to distinguish between the two. The team used the ApcMin/+ mouse model, a standard group of mouse models with multiple intestinal tumours, to simulate the human intestinal microenvironment.

The group found that DCLK1 was overexpressed in adenocarcinomas in the colon, and the same mice population also had high numbers of TSCs, hinting at a direct correlation between the two. Moreover, knockout experiments of the DCLK1 gene resulting in silencing of pro-survival pathways (like Notch, Wnt/β-catenin, NFkB, and RELA) in these mice also reduced tumourigenesis. These experiments emphasised the role of DCLK1 as a master regulator of multiple pro-survival pathways, and that knocking down single pathways were likely be less effective in arresting metastasis than knocking down expression of DCLK1 genes.

DCLK1 has recently been the focus of several prominent research groups worldwide. A series of experiments by Korean researchers led by Park et al (2019) shed light on the molecular targets for DCLK1 and found that there were two types of DCLK1 protein isoforms, DCLK1-Alpha and DCLK1-Beta, out of which DCLK1-Beta was involved in CRC. They further showed that DCLK1-Beta was transcriptionally activated by lymphoid enhancer-binding factor 1 (LEF1). This LEF1/DCLK1-B axis was critical for CSC survival and self-renewal activity. Hence, they concluded that the LEF1/DCLK1-Beta axis could be a possible therapeutic target for TSC/CSCs and might effectively inhibit stemness.

A meta-analysis conducted by Makino et al (2020) showed that DCLK1 was a master regulator of pluripotency factors such as Nanog, Oct4, Sox2, Klf4, and Myc, which were crucial for cancer cell survival, stemness, and regulation of EMT transcription factors, including Snail, Slug, Twist, and ZEB1. They further highlighted that gene-silencing experiments of DCLK1 expression using short hairpin DCLK1 (shDCLK1) RNA inhibited the growth and invasion capacities of colorectal cancer cell lines SW480 and HCT116, which were about to enter the EMT cycle. It was also seen that DCLK1 expression was directly correlated with that of Tribbles homolog 3 (TRIB3) and that silencing TRIB3 also led to lowering of the EMT phenotype – effectively reducing stemness.

Houchen and Bannerman-Menson’s research highlights the therapeutic potential of targeting DCLK1, which has shown its influence on metastasis and tumourigenesis in animal models.

Güllü et al (2020) identified metastasis-associated in colon cancer 1 (MACC1) as a causal metastasis-promoting oncogene. Increased expression of this gene helps in proliferation, migration, invasiveness, and more importantly confers EMT, by regulating pathways like PI3K/AKT and MAPK/ERK which eventually lead to metastasis. However, the expression of this oncogene could be controlled by using natural compounds like saffron. The active ingredient in saffron, crocin, downregulated the expression of DCLK1 to control the expression of MACC1. Thus, DCLK1 appears to be an attractive target to arrest metastasis in CRC and aligns with COARE’s mission of treating the root cause of metastatic CRCs, among others.

As well as crocin, there have been a few other therapeutic applications for targeting DCLK1 in studies so far. A promising one is Niclosamide, as demonstrated by Park et al (2019). This approach disrupted the LEF1/DCLK1 pathway to downregulate the TSC/CSCs and reduce stemness. Honokiol, a biphenolic compound used in traditional Chinese medicine for years, has also been shown to bind to DCLK1 and suppress its activity in vitro (Subramanium et al).

Houchen and Bannerman-Menson’s research thus highlights the therapeutic potential of targeting DCLK1, which has shown its influence on metastasis and tumourigenesis in animal models. Though larger real-world studies are needed to substantiate this claim, there is no denying that there lies a strong possibility of directly targeting and arresting metastasis by switching off genes that regulate the DCLK1 protein. Studies like these will eventually help to reduce the global burden of metastatic cancers.

We have always been interested in understanding the reason why surgically removing tumours or treating patients with chemotherapeutic drugs or radiotherapies that destroy rapidly dividing cells did not completely cure patients. Given the prominent association of metastasis with cancer mortality, we sought to develop a new therapeutic approach that directly addresses tumour initiation, progression, and metastasis (stemness).

Could ending metastasis be finally a reality and give hope in improving the quality of life of patients with CRC?

We certainly think this is the case and are aggressively seeking to validate this hypothesis. 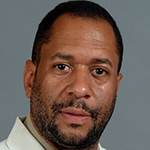 Courtney W Houchen, MD is the George Lynn Cross Research Professorship, Eason, Chair of Oncology, Professor of Medicine, and Chief of the section of digestive diseases and nutrition in the Department of Medicine at the University of Oklahoma Health Sciences Center. He has over 25 years of experience in the biology of normal and cancer epithelial stem cells. His lab is actively pursuing therapeutic interventions that functionally inactivate or delete cancer cells that exhibit properties that promote metastasis. He is the founder and currently the Chief Medical Advisor for COARE. He has authored over 100 peer-reviewed manuscripts, abstracts, and book chapters and has active and past funding from the NIH NCI, VA, DoD, and private foundations. 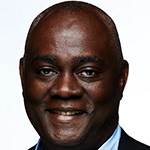 Edwin Bannerman-Menson is the Chief Executive Officer of COARE and a co-founder. He has over 25 years of experience in the corporate business development sector. For the last ten years, he’s been responsible for research development, fundraising, applied research, coordination, and commercialisation strategy development. At COARE, he maintains constant communication with the federal government contract research organisation, intellectual property attorneys, and scientific research collaborators to fulfill core business objectives. Thus far, he’s raised over $10 million in non-diluted NCI funding that has enabled core to develop its novel first-in-class platform technologies.