Dr Jo Tully and Dr Janine Rowse of the Victorian Forensic Paediatric Medical Service (VFPMS) have undertaken a vital retrospective audit of what they have termed technology-facilitated sexual assault (TFSA) of children, where a sexual assault occurs following initial online contact. They found that TFSA forensic caseload has increased over the last 14 years. Victims were most likely to be aged between 14 and 15, with the majority of TFSA occurring at the initial face-to-face meeting after a variable – often prolonged – period of online communication. Concerningly, in addition to other social media platforms, age restricted (18+) adult dating apps featured. The research, almost certainly the tip of the iceberg, serves to raise awareness of this type of assault, and deepen our understanding of how it unfolds.

Dr Jo Tully, and Dr Janine Rowse of the Victorian Forensic Paediatric Medical Service (VFPMS) were concerned about the increasing number of children presenting for a forensic medical examination, alleging that their perpetrators had contacted them online. There was no existing data available to them describing the prevalence or characteristics of what the researchers termed technology-facilitated sexual assault (TFSA) of children. This absence of data, coupled with the concerning frequency of these cases, led the researchers to undertake a retrospective audit of the previous 14 years of case notes from their service. Their study has yielded some highly concerning results, and has highlighted the need to finesse and deepen our understanding of the relationship between online technologies and sexual assault. The researchers highlight, however, that their findings are only a start, and there remains a huge amount of sensitive work to be done in this area.

The broader context
The VFPMS, which is based in a metropolitan Australian setting, provides advice and care for children under 18 years of age following an allegation of sexual assault. The service undertakes a thorough examination which involves addressing any medical needs, examining the body for any injuries, and collecting forensic evidence. Anecdotal evidence strongly suggested that there has been an increase in allegations where contact with the perpetrator was initiated through online social media.

Dating-app-facilitated sexual assault of adults has recently been receiving considerable media attention in Australia and in numerous other areas around the world, where there is extensive use of online social media. Despite the high level of concern there is a dearth of empirical information. There has been even less research undertaken related to TFSA in children who are more vulnerable to this type of offence due in part to their limited ability to risk assess. Parents are fearful for their children, particularly teenagers, for whom online communications have become one of the main ways in which they socialise.

Connecting via social networking platforms has become mainstream. Access to a smart device is almost ubiquitous among young people. The popularity of platforms used has evolved. Previously, Facebook and MSN were commonly used, but more recently, more contemporary platforms such as YouTube, Snapchat, and Instagram have become popular. Children are also using dating apps, specifically designed for adult use, to communicate and connect.

Given this background and the anecdotal evidence from the VFPMS, Tully and Rowse undertook a retrospective review of the records of children presenting for forensic examinations, to further understand this phenomenon.

Regardless of the duration or nature of online contact, an online friend is a real-life stranger.

The method
Tully and Rowse conducted a 14-year retrospective audit of their case notes. They reviewed all the medical notes of the children, aged 12 to 17 years, who accessed the VFPMS for a forensic medical examination after an alleged sexual assault. In the first specific study of its kind, all cases were identified in which technology was used as the first method of contact between victim and offender (technology facilitated sexual assault – TFSA).

The audit had two aims: to facilitate understanding of the characteristics of TFSA, and to increase the understanding of prevalence. The data set was organised into two groups; one 2007 to 2013 and the other 2014 to 2020, so that changes within these time periods could be ascertained.

• Characteristics of TFSA
The researchers found that 89% of victims were female, and 79% were living at home with parents. The average age of victims of TFSA was 15, with the majority of victims aged 15 or under.

The majority of TFSA occurred at the first face-to-face encounter, but the length of online communication preceding the assault varied. Some interactions were less than 24 hours between online contact to face-to-face meeting, whereas others had a prolonged online contact of several weeks and up to a year before meeting face-to-face. More research is planned to discern the particular conversational trajectory between first contact and initial meeting.

In approximately one third of TFSA cases, the assault occurred at the alleged offender’s residence, and in another third, the TFSA occurred in a public space (for example parks or public toilets). The overwhelming majority of sexual assault allegations involved penetration of the vagina, mouth and/or anus. Three quarters of these penetrative acts were undertaken without the use of a condom, putting the child at even further risk of harm through sexually transmitted diseases and pregnancy.

Whilst all the alleged offenders were male, their ages varied; most were more than two years older (up to 26 years older) but many were of the same peer group as the victim. In some cases, it was found that the offenders had deliberately misled the victim about their age.

• Platforms for TFSA
The social media platform used to enact TFSA changed over the years of the study, in line with teenagers’ preferred platforms. Between 2007 and 2013, Facebook was the predominant platform associated with TFSA, but between 2014 and 2016, dating apps (designed for adult use) began to be identified in the audit. This undertook a dramatic turn in 2017, at which point the largest proportion of TFSA cases (almost half) was associated with the app Snapchat.

Snapchat is a popular platform used by children 13 and over, facilitating time-limited image sharing, which is not generally viewed by parents or carers as a risky app (the impermanence of the images, perhaps, contributing to the idea that the app is generally harmless). 2017 to 2020 saw a decrease in the proportion of Facebook TFSA, and an increase in the proportion of TFSA identified as being facilitated through dating apps (almost a third).

Social media companies have responsibility to ensure the safety of child users.

The key messages and conclusions
Harm to children’s physical and mental health results from both online and ‘offline’ sexual abuse, but this important research highlights how the one can easily and increasingly facilitate the other. Greater public awareness is needed to reduce the stigma of disclosure of sexual assaults following online contact, as our understanding of the social politics of online discourse – particularly pertaining to dating apps – is still in its infancy.

Ultimately, TFSA is increasing. Given the globally unprecedented accessibility of the online space to children, there is a greater need than ever before to be aware that this can happen to anyone’s child. Where previously parents could exert a certain level of control over who their children encountered, it is now all too easy for children to meet offenders through social media platforms and adult dating apps. Although online grooming of children has been comprehensively studied, Tully and Rowse’s research provides further insight specifically into the characteristics of offline contact sexual offences following meeting online. This research should pave the way to a deeper and more nuanced understanding of a pernicious consequence of children’s online discourse.

Tully and Rowse call for greater accountability of technological companies and their senior executives in protecting children in the online space. Urgent education of children in reframing of online stranger danger is needed; regardless of the duration or nature of online contact, an online friend is a real-life stranger. Public health promotion messages – such as ‘it’s OK to say no’ to image sharing, or ‘no bedrooms or bathrooms’ for digital technology use – should be widely promoted. Health professionals should also be encouraged to normalise a broader conversation about children’s online activity.

There is known to be a significant underreporting of child sexual assault, and there are possibly additional barriers to reporting TFSA. Worryingly, it is almost certain that this data represents only the very tip of the iceberg. Greater public awareness of TFSA in children may reduce reporting stigma, normalise asking about online activities, promote public health messages related to online stranger danger, and increase accountability of platform providers.

Further analysis and ongoing data collection is underway, to focus on developing a deeper understanding of the unique characteristics of TFSA, particularly in comparison to non-TFSA in children. Given concerns that sexual harm online is occurring at increasingly younger ages, future analysis will be extended to include younger age groups.

A collaboration has been developed with the Australian Childhood Foundation, to work towards establishing online tools and education resources, aimed at both children and parents, related to online safety. The more this issue enters the public conversation, the less obscure these risks will become, and the greater chance we will have of safeguarding children online.

To what extent do you now feel the onus is on social media companies to develop their own processes to prevent or to monitor this concerning emerging phenomena?

Social media platforms, including apps intended for adult use, must increase their accountability and systems approaches to prevent children from accessing age-inappropriate apps and material, analogous to controls over the sale of alcohol to minors in many jurisdictions. 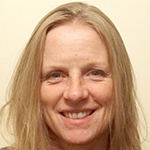 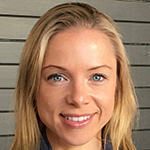 Dr Janine Rowse is a clinical forensic medicine practitioner at the VFPMS and the Victorian Institute of Forensic Medicine (VIFM).