Rivers have long been a vital resource for human success, providing a wide range of beneficial services. They give us food and water supply, transport, irrigation, and hydropower. However, these numerous activities which have taken place throughout human history have often resulted in detrimental impacts on river systems.

While the impact of human activity on water quality is an immediately recognisable issue, an equally significant problem is created by changes to river connectivity. Human infrastructure, such as weirs, dams, sluices or diversions, can fragment a river and restrict species movement along its length. Where this prevents access to suitable habitat for reproductive behaviours or juvenile life stages, these obstacles can result in population declines. Populations of aquatic species can also become disconnected. These populations can become inbred or reproductively isolated and so struggle to respond to both biotic and abiotic environmental pressures.

Anthropogenic obstacles also alter the speed, volume and turbidity of flow, as well as altering the diversity, quality and quantity of suitable habitat. Aquatic animals often favour, or require, different depths, substrates and speed of flow across life stages and behaviours. Therefore, river connectivity is a major issue for conservation ecology with important implications for species diversity and population dynamics.

Acoustic telemetry is a popular tool as
it provides abundant data without the vast sample size required for traditional techniques.

Just keep swimming
Migration, the large-scale movement of members of a species, is a component of many life cycles that enables individuals to change their environment to find more favourable conditions. Migration is often triggered by seasonal change, or in response to resource needs at different life stages. In aquatic animals, particularly fish, a number of species such as salmon migrate from freshwater to saltwater (anadromous) or, like eels, from saltwater to freshwater (catadromous) for spawning. Adults then make the return journey and spawning grounds become nursery grounds for juvenile life stages. If these migratory routes are blocked, it can cause population declines and local extinctions in certain species. However, not all species migrate from or to saltwater regions. Fish which migrate within a freshwater river basin are known as ‘potadromous’. For many of these species the scale of their movement and size of their home range remains largely unknown.

Barriers within the river basin not only impact larger species whose movement can be entirely restricted: changes in predation and food availability will also have consequences for the entire aquatic community. Restoring connectivity is therefore a major goal for conservation efforts, fisheries management and river restoration projects.

Lake Winnipeg Basin
Lake Winnipeg is the largest lake in Manitoba, Canada, and is one of the largest hydro-reservoirs in the world. The main tributaries of Lake Winnipeg, the Red River of the North and the Winnipeg River, include three water level control structures and eight hydroelectric dams. Productive commercial and recreational fisheries are also located within the basin, which makes it a key resource for a variety of stakeholders. The Lake Winnipeg Basin Fish Movement Project is a collaborative project aiming to address questions from across the stakeholders in order to inform fisheries management and river restoration.

The project not only covers a broad geographical range, but has also monitored several key species over six years. Of particular interest are two fish species, the Bigmouth Buffalo (Ictiobus cyprinellus), whose population declines are thought to be a result of river fragmentation besides other factors, and the Channel Catfish (Ictalurus punctatus), which is a host species for the endangered Mapleleaf freshwater mussel (Quadrula quadrula) as well a trophy species for recreational fishing. These species are also useful indicator species in this system due to their contrasting ecology. The Bigmouth Buffalo are filter-feeders that use fine gill rakers to strain food items from the surface and middle of the water column. In contrast, Channel Catfish are a bottom-dwelling (benthic) species, feeding on fish, macroinvertebrates, and material from the riverbed.

Tracking fish movement
Acoustic telemetry has become a widespread and popular tool for investigating aquatic animal ecology, as it provides abundant data without the vast sample size required for traditional mark-recapture techniques. Fish were caught using a mixture of electrofishing, angling and gill netting and acoustic transmitters were implanted in the body cavity. Over 200 receivers were then installed in a grid system across Lake Winnipeg and along the two main tributaries to capture data from the transmitters. Data simulation work within the research team had shown grid sampling can improve the accuracy of movement data compared with previously used linear approaches.

The telemetry data provided valuable insights into the movement patterns of the two species both in terms of location and time. Bigmouth Buffalo were found to move around a much larger home range compared to the Channel Catfish. In addition, the data suggested the activity levels of both were higher during the open water season between April and October, compared to during the ice-on season (November to March). The data also allowed the researchers to identify locations currently creating bottlenecks for connectivity and highlighted particular restriction in the upstream movement of both species across dams and other barriers, while movement downstream was less restricted.

As well as providing data on connectivity, the data also suggested interesting timing of movement in relation to water flow. Both species appeared to be triggered into movement by peak flows. Further investigation of this area will be needed to manage passage and provide further information for fisheries conservation management.

Conservation and restoration
This study has provided evidence of the problems human infrastructure barriers can create for potadromous fish species migrating within freshwater basins. The team hope this data will help find solutions by informing fisheries management strategies and restoration priorities. The collaborative nature of the project has brought together stakeholders with differing questions and priorities for whom the river is a shared resource.

What have the three of you found most rewarding about your work on this project?

<> Bigmouth Buffalo is a species native to the St Lawrence, Mississippi, and Hudson Bay drainages where it occurs in large river system. It is likely also one of the longest-living freshwater fish species. Using acoustic telemetry to track Bigmouth Buffalo movement patterns, it was exciting to see the large-scale roaming behaviour of Bigmouth Buffalo through the Red River system that was previously unknown. 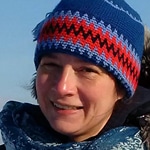 Dr Eva Enders is a Research Scientist at Fisheries and Oceans Canada. Her main research interests are conservation physiology, fish behaviour and bioenergetics, and aquatic ecology to provide science advice on species at risk, fish and fish habitat protection, and aquatic invasive species. 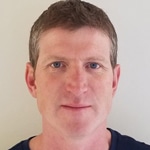 Doug Watkinson is a Research Biologist with Fisheries and Oceans Canada, and studies distribution, systematics/taxonomy, ecology, and population biology of freshwater fish. His research is focused on species at risk, anthropogenic habitat impacts, and aquatic invasive species. He is a member of the COSEWIC Freshwater Fishes Specialist Subcommittee. He co-authored The Freshwater Fishes of Manitoba. 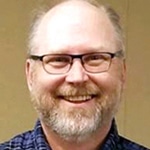 Dr Mark Pegg is a fish ecologist and professor in the School of Natural Resources of the University of Nebraska-Lincoln. His research is centred around the ecology of flowing systems, fisheries management, the impacts of aquatic nuisance species, and restoration ecology.

The Lake Winnipeg Basin Fish Movement Project has been tracking the movements patterns of fish to understand migration, spawning site fidelity, mortality, and habitat use.