Behavioural Sciences
Studies show that religion enhances emotional well-being among prisoners, but they rarely address how. Professors Sung Joon Jang and Byron R. Johnson at the Institute for Studies of Religion at Baylor University, examine the effects of religion on offenders in the South African correctional system. They test whether religiosity is likely to lead to a sense of meaning and purpose in life and the development of virtues, thereby reducing prisoners’ negative emotions. Their findings suggest that the concept of offender rehabilitation should be expanded to include how to help offenders restore their existential significance and develop virtuous characteristics.

The positive effect of religion on subjective well-being is well documented in social scientific studies using samples of the general population, and the same effect has been found among prisoners. This finding has practical implications because negative emotions such as anger, frustration, depression, and anxiety among prisoners may contribute to mental health problems and prison infractions including violence and suicide. Previous studies have indicated that inmates are prone to these emotions because in prisons, also called “total institutions”, they not only experience the loss of liberty, access to goods and services, security, sexual partners, and autonomy, but they also often struggle with feelings of shame and guilt about their crimes and incarceration.

Such emotions lead prisoners to face an “existential crisis” where they question the meaning and purpose of their lives. As a result of their experience of “hitting rock bottom”, prisoners often come face-to-face with the reality that their lives lack meaning and thus have little to lose by committing acts of deviance.

This, coupled with the prisonisation of inmates, where they must adapt to prison cultures which are often anti-authority and deviant in nature, does not help to rehabilitate offenders, and increases the risk of recidivism after release from prison. Various studies conducted in first world prisons have shown that religion can help combat these tendencies. Several showed that the level of prisoners’ religiosity had an inverse relationship with levels of negative emotions, while others have shown that it can help prisoners overcome feelings of guilt and hopelessness.

Although most of these studies were conducted in largely Christian cultures, one study, in which half the respondents were Muslim, reported similar results. However, some studies have not found this relationship, and the few previous studies that have looked at gender are based upon predominantly male samples, warranting further research into this topic.

Taking a closer look at how religion might improve emotional well-being are Sung Joon Jang, Research Professor of Criminology and Co-director of the Program on Prosocial Behavior at the Institute for Studies of Religion at Baylor University, and Byron R. Johnson, Distinguished Professor of the Social Sciences at Baylor University and founding director of the Baylor Institute for Studies of Religion.

What’s different about this study?
While criminologists have studied whether religion enhances emotional well-being among prisoners, largely overlooked is how religion might improve well-being, and whether religion helps both male and female prisoners equally. Professors Jang and Johnson hypothesised that prisoners who are religiously involved will report lower levels of negative emotions than those who are less or not involved in religion.

Religion’s salutary effects—existential and virtuous—were not significantly different between male and female offenders.

The first reason is because all religious traditions promote personal virtues, like self-control, forgiveness, accountability, and gratitude, and these help prisoners overcome addictive or harmful behaviours, seek reconciliation rather than vengeance, and help them cope with the stress and negative emotions engendered by incarceration. They learn to be virtuous, and this has been labelled the “virtuous effect” of religion.

Jang and Johnson also hypothesised that the existential and virtuous effects of religion will be larger among female than male prisoners based on prior research that shows women benefit more from religion than men. One study showed women prisoners more likely to take up religious activities, with a significant difference in men and women becoming more religious after a year incarcerated. Another indicated that the virtuous and existential effects of religion were greater for women.

How did they do it?
To test these hypotheses, the researchers analysed data from a survey conducted at four correctional centres (two male and two female) in South Africa in 2018, and used a convenience sample of 245 male and 180 female offenders. They measured negative emotions by asking offenders how often they felt angry, depressed, frustrated, and anxious during the week prior to the survey. Religious involvement was measured in terms of public activities such as religious service attendance, as well as religious perceptions and practices. These included their perceived closeness to God, perceived importance of religion, praying outside of religious services, and reading a sacred text in private. To measure a sense of meaning and purpose in life, they asked whether offenders knew what makes their life meaningful and if they had found a satisfying reason for their existence. For personal virtues, they focused on forgiveness, gratitude, and self-control. The offender’s socio-demographic characteristics such as nationality and marital status were also considered in order to test the hypotheses.

South Africa has statuary protections on religious worship in correctional centres, allowing offenders to freely worship, and religious affiliations range from Christianity to African traditional religion, Islam, Buddhism, Hinduism, Judaism, and the Rastafarian faith/denomination, although over nine out of ten of those who took part in Jang and Johnson’s study were either Catholic or Protestant Christian. In addition, the vast majority of offenders in correctional centres participated in religion-based spiritual care programmes that seek to rehabilitate those returning to society, which focus on personal responsibility, ethical behaviour, positive values, and respect for self and others, among other things.

What did they find?
Jang and Johnson found that religious offenders reported higher levels of a sense of meaning and purpose in life, forgiveness, gratitude, and self-control than their less- or non-religious peers. In addition, those who scored higher on the existential belief and personal virtues tended to report lower levels of the feelings of anger, frustration, depression, and anxiety. That is, religious offenders experienced lower levels of negative emotions partly because their religion was likely to have helped them find new meaning and purpose in life and develop virtuous characteristics, which tended to reduce negative emotions. Second, although it was hypothesised that women would benefit more from religion than men, the researchers found that religion’s salutary effects—existential and virtuous—were not significantly different between male and female offenders.

The concept of offender rehabilitation should … include how to help offenders restore their existential significance and develop virtuous characteristics.

Interestingly, the researchers also came up with additional findings, one being that age was a factor. That is, everything else being equal, older offenders tended to be more forgiving and self-controlled than their younger counterparts. Another was that women tended to experience higher levels of negative emotions than men, as indicated by prior research.

What does this mean?
In sum, Jang and Johnson’s findings show that religion and faith-based programmes in prison are likely to help both male and female prisoners cope with negative emotions they experience as a result of the pains of imprisonment. This is related to the existential purpose and meaning that religion gives to people’s lives. This confirms what many studies have said before, but is significant in that this study was far more focused and in-depth, and unlike previous studies, it was conducted within a non-Western culture, and yet produced similar results. This indicates that the positive effects of religion may be cross-cultural, though the researchers admit that further research in non-Western cultures is needed to replicate their findings.

The findings also suggest that the concept of offender rehabilitation should be expanded to include how to help offenders restore their existential significance and develop virtuous characteristics. A change in behaviour that will lead criminals to rehabilitation relies on a transformation of identity, and religions and faiths can facilitate this.

Professors Jang and Johnson also state that although these religious and faith-based programmes seem to have a positive effect, it’s important that they remain voluntary. They believe that in addition to coercive programmes being illegal within most prison systems, it would “compromise the intentionality and voluntariness essential for transforming an identity”.

In criminology, the traditional view of perpetrators’ criminal agency is split between the utilitarian view, which states that individuals make a choice between risk and reward before committing crimes, and the deterministic view says that it is the result of environment and culture. The former sees criminals as rational agents, while the latter as being moulded by external forces, but neither thinks of them in terms of being existential and moral human beings. Professors Jang and Johnson believe that this study advances the field of the “criminology of religion” and that more study is needed, as these kinds of programmes, and the transformations they bring about, could be an important tool to help the rehabilitation of prisoners.

Given the higher proportion than other countries of South African prisoners undertaking religion-based spiritual care programmes, what effect has this had on the levels of violence or suicide in prison, and rehabilitation?

<>Although spiritual care programmes focus on behaviour change and moral development, a lack of research makes it difficult to establish their effects on the levels of violence and suicide in prison, which a myriad of factors contribute to. Offender rehabilitation is at the core of the activities by the Department of Correctional Services. Attending spiritual care services can be seen as a means of rehabilitation, and an offender can be released on parole based on this criterion. However, the high recidivism rate suggests that not only spiritual care services but also psychological and social work services need improvement.

The effect of religiosity on emotional well-being among prisoners was last modified: June 3rd, 2020 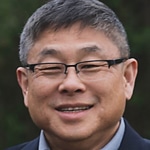 Sung Joon Jang is Research Professor of Criminology and Co-director of the Program on Prosocial Behavior at the Institute for Studies of Religion at Baylor University. His research focuses on the rehabilitative effects of faith-based programs on prisoners as well as the effects of religion on criminal offending and desistance. 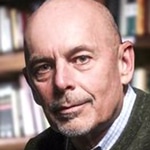 Byron R. Johnson is Distinguished Professor of the Social Sciences at Baylor University. He is the founding director of the Baylor Institute for Studies of Religion. He is a leading authority on the scientific study of religion, the efficacy of faith-based organisations, and criminal justice.