Health & Medicine
Dr Yang’s research at the National Cancer Institute, US, focuses on the discovery and validation of predictive and prognostic biomarkers for targeted cancer therapies and chemotherapy in breast cancer, lung cancer and other cancer types. The recent work in her group has focused on better understanding breast cancer subtypes and associated clinical outcomes, following treatment or without treatment, in order to work towards advances in precision medicine and a cure for breast cancer.

Breast cancer causes approximately 15% of cancer-specific deaths in women world-wide, and accounts for about a quarter of all cancers. In the United States, it is the most frequently diagnosed cancer and is the second leading cause of death for women with cancer.

Breast cancer subtypes
There are many breast cancer subtypes, depending on which molecular alterations are present, and they are often characterised by the receptors present on the cancer cells. These receptors can bind hormones or other proteins and can affect which treatment option is selected. The receptors for hormones, such as oestrogen and/or progesterone, are called hormone receptor (HR)-positive cancers; those with expression of human epidermal growth receptor 2 (HER2) are called HER2-positive cancers; and those with no hormone receptors and HER2 are called triple negative breast cancers. HR-positive diseases make up the majority of breast cancers and are treated by long-term hormone therapy over 5–10 years. HER2-positive cancers are less common and are treated with chemotherapy (drugs) and anti-HER2 agents. Triple-negative breast cancer comprises about 15% of breast cancers and is managed with chemotherapy only for early stage disease. Radiotherapy may also be used in some cases. However, the connection between cancer subtype, treatment and clinical outcome is not yet fully understood.

Why was the study needed?
Dr Sherry Yang is based at the National Clinical Target Validation Laboratory, part of the National Cancer Institute, US, where she explores the relationship between breast cancer subtype and prognosis (disease outcome) in patients who have had surgery, but not other treatments such as hormone therapy, chemotherapy or radiotherapy. The link between subtype and treatment is an established approach for cancer management. However, some studies have shown that subtyping was not always predictive of prognosis or response to treatment. In essence, the gene expression signature established from patients undergoing conventional therapies could not be used to predict outcomes of untreated patients. Therefore, there is a need to investigate outcome in patients who did not receive any drug treatment and locoregional radiotherapy, apart from surgery, and to determine whether subtype does play a role in prognosis. Indeed, a prognostic factor provides information about overall clinical outcome without therapy. 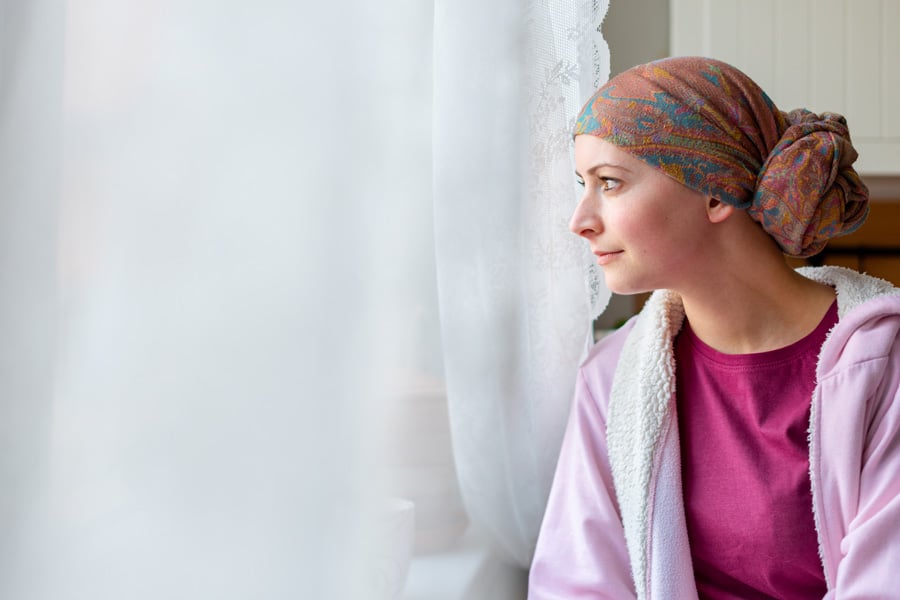 Dr Yang’s team did just this in its most recent project, which included 1169 patients with invasive breast cancer from four different regions of the United States. Expression of HR and HER2 was determined as these are used as biomarkers for clinical management of tumours in order to separate them into subtypes. The aims of the study were to compare overall survival according to treatment and subtype combination, adjusting for confounding factors such as age at diagnosis, stage of cancer and number of positive lymph nodes.

The results of the study
The results showed that the average age of patients was 60 years old and that those with HR-positive and HER2-positive tumours tended to be older than those with triple negative tumours. Participants were followed up from one month to 23 years, with the average being 14.75 years, and the association between breast cancer subtype and prognosis, with different treatment status, was evaluated by Dr Yang and colleagues. When the team looked at survival by subtype, with and without treatments, they got some interesting results. In untreated patients, survival rates were similar regardless of which subtype the cancer was. Age and number of positive lymph nodes (indicating spread of cancer cells to other sites in the body), rather than cancer subtype, were indicators for poor prognosis in patients who did not receive treatment. In contrast, there were marked differences between subtypes in treated patients; women with HR-positive/HER2-negative subtype had the best survival outcome, followed by those with HR-positive/HER2-positive, triple negative or HER2-positive subtypes (this patient population did not receive anti-HER2 treatment). 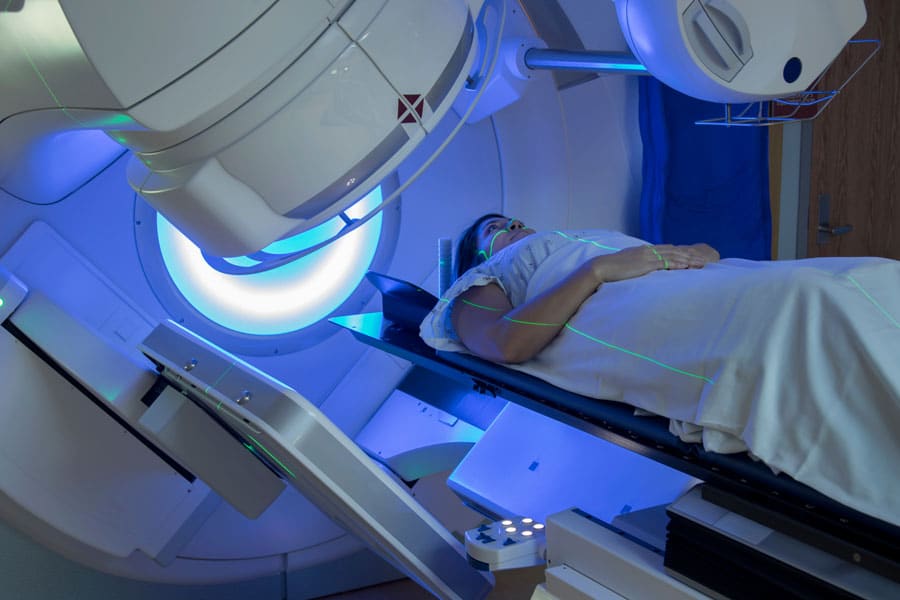 The results of Dr Yang’s team are consistent with previous research showing that patients with HR-positive disease significantly benefitted from either tamoxifen (hormone) or chemotherapy treatment, and that the same group also received a greater benefit from radiotherapy. These results provide evidence that HR-positive or HR-positive/HER2-negative tumours respond better to treatment with hormone therapy, radiotherapy or chemotherapy. While it appears the longer-term hormone therapy, five years or more, results in a better outcome, the risk of breast cancer mortality persists for up to at least 24 years in patients with HR-positive or HR-positive/HER-negative breast cancer. 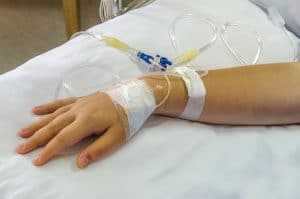 Tumours may develop resistance
Despite increased survival outcomes for some subtypes, there has been a drop in survival rate in women with other subtypes largely within 10 years following treatment, suggesting something else is at play in these patients. By contrast, non-inferior survival outcomes were seen in untreated patients with triple negative or HER2-positive subtypes to HR-positive subtypes during the entire clinical follow-up. Interestingly, these subtypes have previously been reported to respond less effectively to radiotherapy and patients often suffered early relapse and worse overall prognosis and survival. 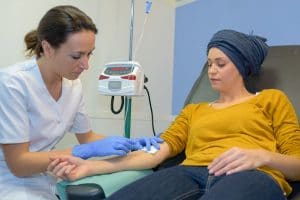 Leading on from this, another research project which Dr Yang’s team was involved in found that triple negative and HER2-positive tumours have high levels of a molecule called γH2AX, which is part of the repair mechanism instigated when strands of DNA are damaged. Double strand breaks in DNA cause genomic instability and can increase the risk of cancer development. Repair mechanisms to fix these breaks therefore play a vital role in DNA damage responses which may arise following insult such as radiation and some chemotherapy agents. The study showed that patients who had decreased survival rates also had higher levels of γH2AX, suggesting that this may be a mechanism that the tumour uses to repair damage done following chemotherapy, and thus resist treatment. This proves the hypothesis that constitutive γH2AX expression is associated with long-term poor clinical outcome in the context of chemotherapy treatment. This information could be used to guide management plans, as chemotherapy may have little advantage in this circumstance when compared to the side-effects.

The interplay between treatment outcome and the biology of breast cancer subtypes may also have implications for other types of cancer.

This also has implications for future, novel therapeutic approaches: γH2AX could be targeted, potentially resulting in increased tumour sensitivity to treatment. Indeed, it has already been demonstrated that larger decreases in γH2AX levels result in better responses to chemotherapy in triple negative patients, compared to minimal decreases.

Future directions
Molecular subtypes of breast cancer are used extensively for predicting prognosis and planning treatments. However, the value of subtypes had not previously been assessed in untreated patients.

It appears that the treatment used, either chemotherapy, hormone therapy, radiotherapy or a combination, alongside cancer subtype, results in variation in clinical outcomes. However, triple negative and HER2-positive subtypes appeared to have worse survival rates compared to HR-positive, HER2-negative subtypes. This suggests that the treatments led to the differential outcomes associated with the subtypes. In untreated breast cancer patients, Dr Yang’s team was able to show that cancer subtype alone was not linked to prognosis and overall survival. This potentially means that different treatment approaches with de-escalation of certain treatment such as chemotherapy could be considered for some breast cancer subtypes. Future studies should build on the findings and aim to validate the association between breast cancer subtypes and treatment outcomes in different cohorts. 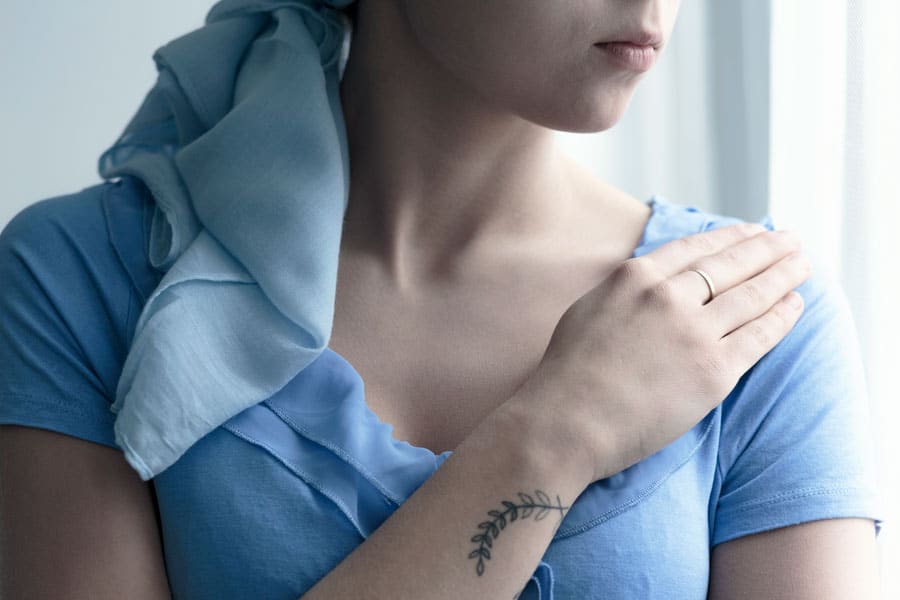 Dr Yang’s team demonstrates different outcomes after treatment for different breast cancer subtypes. Improved understanding of clinical outcomes of cancer subtypes, in the context of treatment, will allow optimal, personalised treatment plans to be developed for various breast cancer populations with a goal to improve the overall outcome. Furthermore, it allows the most effective treatment, or combination of treatments, to be selected.

How do you think these findings could be applied to novel personalised medicine approaches for cancer treatment? 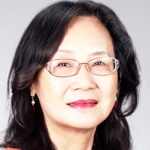 Dr Sherry Yang is Physician and Chief of National Clinical Target Validation Laboratory, Division of Cancer Treatment and Diagnosis at the National Cancer Institute (NCI), Bethesda, Maryland, United States. Dr Yang joined NCI in 2001 after completion of her training from the Johns Hopkins Oncology Center, Baltimore, Maryland. Her research interests include clinical target validation and biomarker science towards precision medicine. Dr Yang’s laboratory focuses on the predictive and prognostic biomarkers of targeted cancer therapeutics and chemotherapy in breast cancer, lung cancer and other cancer types. She is recipient of several biomarkers-related innovation awards, and an editor of the Handbook of Therapeutic Biomarkers in Cancer, 2nd edition.

Dr Yang’s team focuses on better understanding breast cancer subtypes and their associated clinical outcomes in relation to treatment; and to further strike an advance towards precision oncology and a cure for breast cancer.