Arts & Humanities
The inhumanity of war has always put the humanitarian in peril. But today aid workers stand in the crosshairs of armed adversaries with new tactics and targets for their violence, while competition between aid agencies creates even more insecurity on the ground. So, who should the humanitarian be? An altruistic do-gooder governed by feelings of empathy? Or a professional who works methodically using the best evidence? Abby Stoddard, former aid worker and founding partner of the research group Humanitarian Outcomes, argues the latter represents a better direction for the aid sector, allowing relief workers and their organisations to navigate security risks whilst meeting the most severe human need.

Today’s humanitarian must enter a new kind of war zone, where aid operations are targets for raids, robberies, kidnappings, and killings. In past centuries, when most wars were waged between national rivals, there were roughly equal benefits in allowing relief. But modern conflicts see nation-states fight small armed groups, who rarely view foreign aid as a friend, and all too often as a foe. In this new conflict landscape, founding partner of Humanitarian Outcomes, Abby Stoddard, calls for a new humanitarian mindset to better navigate these risks. An ethics of professionalism in humanitarian action, she argues, can raise relief work above individual powers and agencies, whose narrow interests can create additional insecurity, and empower aid workers with the skills they need to stay alive while saving lives.

The bombing in Baghdad
On August 19, 2003, the dust had barely settled from the Iraq War’s invasion phase, and yet security personnel guarding the entrance to the UN headquarters at the Canal Hotel had vanished, along with a US military rocket launcher that had been stationed outside. The sight of this armed post had long troubled the heads of the UN’s humanitarian agencies for associating the mission with an invading force rather than a neutral source of civilian aid. Official reports of that day would not identify the reason behind the weapon’s removal, but later that afternoon, a massive truck bomb detonated outside the hotel, killing 22 relief officers and wounding 150.

Even the fiercest armed groups will attempt some form of governance, and allowing humanitarian aid signals their ability to provide for the local inhabitants and keep basic services running.

The tragic events of August 19 would come to mark World Humanitarian Day and are further explored as a case study in Abby Stoddard’s new book, “Necessary Risks: Professional Humanitarianism and Violence against Aid Workers”. The publication explores the cracks in the humanitarian ideal that give way to attacks on aid workers, totalling hundreds of casualties a year in death, injury and abduction. These cracks run through the political, the organisational, and ultimately the personal realm – from the new incentives driving the behaviour of armed groups, to the agencies expanding at the expense of security, and to the humanitarian themselves, who must navigate today’s risks as a practical professional, and no longer an altruistic amateur.

Aid work in asymmetric war
The soil of Europe was drenched in blood by the battles of the 19th century. From this mass death and suffering rose a humanitarian movement, where major powers came to acknowledge the need for relief in their increasingly savage clashes. States would agree to allow neutral actors into war zones, to provide medical care and other relief for citizens and wounded enemies. Though rooted in moral concern, the decision was also pragmatic. If warring nations could restrain their violence, they would limit their own losses and live to fight another day. Meanwhile, rulers with aims to conquer foreign peoples would see their attempts backfire, if in the course of war a limitless brutality was to leave those citizens destroyed or embittered. Out of these common interests, a protected space for humanitarian aid would become enshrined in the Geneva Conventions, and formed a condition for a seat in the international establishment. Since then, over a century of history has transformed the structure and stratagems of war. Nation-states now rarely fight each other, but many are engaged in long-running conflict with non-state forces operating within their own borders or across them. These relatively small and fragmented opponents use asymmetric guerilla and terrorist-type tactics to pose outsized threats to states and to civilians trapped in the middle.

In “Necessary Risks”, Abby Stoddard performs a dissection of non-state groups. She probes their ideas, material interests, and tactics, to provide a nuanced picture of the risks now faced by aid workers. “Global insurgencies” like Al Qaeda pursue a far-reaching ideological mission that pits them against the totality of the present order. Spectacular strikes such as the Canal Hotel bombing serve as propaganda for the cause and a tool for international recruitment, and these groups have little to gain from allowing humanitarian aid workers to operate safely. Other non-state groups, such as the Taliban in Afghanistan, hold more modest and local ambitions. For these groups, attacking aid workers can be an easy way to flex their muscles and fill their coffers – but at other times it serves their interest to allow humanitarian aid to flow. Once in control of a territory, even the fiercest armed groups will attempt some form of governance, and allowing humanitarian aid signals their ability to provide for the local inhabitants and keep basic services running. An in-depth understanding of the conflict and its players allow aid workers to glean the interests of non-state actors, which can provide them opportunities to negotiate access and assistance to war-ravaged populations. 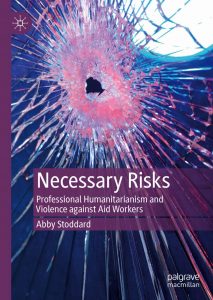 Humanitarians can find themselves in the crosshairs of states, as well as non-state forces. By feeding the hungry and treating the sick, relief work keeps a society afloat. For this very reason, when territories are contested, such as in civil war, aid operations become vulnerable to attack. The threat may come from armed groups that oppose the government, when they seek to undermine the social order by harming those who maintain it. Alternatively, states may tighten their grip on rebelling populations by crushing the people who provide them with relief. What may be shared by all these actors, however, are the limited means at their disposal. Aid operations are a source of vehicles, basic supplies and cash, all of which are key resources for combat operations. As a result, militias and insurgents sometimes demand that humanitarians pay to access needy populations, or they may steal from aid workers and harm them in the process. This far from exhaustive list of reasons for humanitarian attacks goes some way to explain why the removal of the Canal Hotel missile launcher was a superficial move. It saw the neutrality of aid as something presumed by combatants, urging agencies to discard weapons and any other attachments that might obscure this base acceptance. However, neutrality is no longer presumed, and acceptance is found less in stripping additional layers but in building positive relationships, across the religious, strategic and economic domains.

The practice of the professional humanitarian would
include systematic data collection to allow for a rigorous
assessment of risk.

Risky business
Back in agency headquarters and far from the ravages of war, the humanitarian is caught in a very different kind of crossfire. Competition for funding can move aid groups in directions that undermine the quality of their relief, and the security of those who provide it. The relief sector becomes a crowded market, and competition for funding is tough. Governments provide the majority of donations, and they’re looking for a product they can trust. Fewer, trusted partners that can channel vast sums of money is more efficient for government donors than funding numerous small groups. This is why a handful of aid giants – from the United Nations agencies to organisations such as Save the Children – dominate most of the world’s aid resources, and why they face little pressure to innovate. These agencies, in turn, have an interest to grow ever larger, but not to seek ways to expand their secure access into the most volatile areas in conflict zones.

The professional humanitarian
Who should the humanitarian strive to be? An altruist, driven by empathy to help people in need? Or a career professional with a mastery over a set of skills, who will carry out their duty in detached calculation? Abby Stoddard argues the latter represents a better direction for relief workers, enabling them to be as safe as possible, while consistently meeting the most critical human needs. The practice of the professional humanitarian would include systematic data collection to allow for the rigorous assessment of risk, and practical techniques for negotiating with armed actors that don’t simply rely on promoting adherence to international law and norms. For example, an essential part of negotiating with the aforementioned actors is to appeal to the interests of armed groups – be they religious, ideological or strategic. However, these security risk management tools do not replace human intuition and empathy, just augment them. Likewise, well-honed professional skills would not override individual judgement and initiative, but instead provide building blocks with which aid workers perform a necessarily creative endeavour. Meanwhile, a crucial element of the reformed profession would be the concept of “residual risk”. This is the recognition that there will always be some degree of risk in providing relief to the war-torn regions of the world. The point is to rationalise the response to this intrinsic danger, and always meet the most desperate needs while curbing the worst excesses of being caught in the crossfire.

Traversing the minefield: A professional humanitarian for a new world of risk was last modified: July 29th, 2020 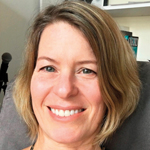 Abby Stoddard is an international humanitarian policy analyst and former aid worker. She is a founding partner of the research group Humanitarian Outcomes, where she advises governments and international agencies on issues in humanitarian action. She and her colleague created the first comprehensive database tracking attacks on civilian aid operations and have went on to produce 15 years of analysis on this issue, including extensive field-based research.

Abby Stoddard analyses the complex security risks facing humanitarian aid workers in war zones and proposes a reframed ethos of humanitarian professionalism that is de-linked from organisational or political interests.

The Aid Worker Security Database (https://aidworkersecurity.org/), which provides much of the empirical data discussed in the book, was created with funding by the U.S. government, Canada, and Ireland, and is sustained by the Office of U.S. Foreign Disaster Assistance (OFDA), under the U.S. Agency of International Development (USAID).

Adele Harmer was a principal collaborator in the research programme that the book is based on.

Stoddard A. (2020). Traversing the minefield: A professional humanitarian for a new world of risk. Research OUTREACH, 115. Available at: https://researchoutreach.org/articles/traversing-minefield-professional-humanitarian-new-world-of-risk/ (Accessed YYYY/MM/DD)