Arts & Humanities
The majority of university degrees are earned by women, yet men far outnumber women in senior workplace roles, and according to the World Economic Forum, it will be at least 100 years before women’s career prospects equal those of men. Research by M. José González, Clara Cortina and Jorge Rodríguez from Pompeu Fabra University in Spain throws important light on gender discrimination and whether employers, when hiring staff, discriminate against women based on gender stereotypes or prejudices.

What role do gender stereotypes play when employers recruit new staff? That’s the question posed in a study by Spanish academics who researched the job market in Madrid and Barcelona. M. José González, Clara Cortina and Jorge Rodríguez from Pompeu Fabra University in Barcelona conducted a field experiment, supported by Recercaixa2014, to investigate whether employers discriminate against women based on stereotypes or prejudices.

Using correspondence testing – a technique that consists of applying for jobs with résumés that are identical except for the trait to be analysed – they submitted pairs of fake résumés that were similar in every respect except gender in response to real job advertisements. They then looked to see whether female ‘candidates’ were more or less likely than male ‘candidates’ to be selected for the next stage of the recruitment process. The research group also examined whether selection was affected by applicants’ parenthood status and level of qualification.

Published in the European Sociological Review, the research report by González, Cortina and Rodríguez begins by considering the gender discrimination hypothesis, namely that employers’ show a conscious or unconscious preference for male candidates when recruiting staff. The report considers why it arises, for example because of imperfect information given on applicants’ résumés, or because employers hold stereotypical views. These may be based on cultural beliefs about what men and women ought and ought not to do, or assumptions about what most people with a characteristic noted on a résumé are like. Favouring male applicants may also be a result of gender prejudice and general negativity towards women.

In addition, González, Cortina and Rodríguez reflect on sociological perspectives, for example that the ‘patriarchal character of organisational life’ reinforces ideas about distinct male and female roles. They also consider that being an ‘ideal worker’ may be regarded as incompatible with that of being a ‘good mother’, as well as other stereotypical beliefs such as female employees with children having higher rates of absenteeism than childless female employees.

The degree of discrimination that González, Cortina and Rodríguez found in their research is significant, and both the size of their sample and the rigour of their method and analysis make it even more important. Their results confirm the hypothesis that women are discriminated against when applying for jobs. They find that, despite having similar résumés, women have a 35% less chance of being called for an interview after responding to job applications than men.

The discrimination faced by females relative to males crystallises into an overall significant reduction of approximately 35% in the probability of being called back for an interview.

Four applications were made for each of 1,372 advertised roles. In one pair, candidates had equivalent résumés except for their gender and qualifications, with female applicants meeting or exceeding male standards. In the other pair, candidates differed by gender and parenthood status, that is whether they were childless or had children. Each application contained a photograph, and the age of all candidates was varied randomly, between 37 and 39 years old. Cell phone and email accounts were set up for employers to follow up the applications.

Sampling strategy
The study’s sampling strategy enabled researchers to explore discrimination across a wide range of contexts and occupations. It reflected the diversity of local labour markets in terms of employment levels and the typical gender ratio of the occupations applied for. It also reflected the levels of responsibility and average number of years of education and qualifications required by different jobs. In addition, the positions applied for included roles which are traditionally male-dominated and female-dominated, as well as those which appeal to both genders.

Job advertisements for 18 occupations were chosen for the study. The managerial positions for which the résumés were sent varied from store and warehouse managers to senior lawyers and nurses, marketing directors and head chefs. Non-managerial positions varied from delivery and sales personnel to computer technicians and industrial engineers, tax advisors and estate agents.

The nature of the research meant that employers could not consent to taking part. The methodology was therefore reviewed by an external ethical consortium. It supported the research on the grounds that the ethical considerations were outweighed by the opportunity to understand more about how gender discrimination works in the Spanish labour market. The study’s analytical strategy was equally robust, using respected techniques and controls.

Results
The overall rate of employers who responded to the male and female résumé applications and wanted to take them to a higher stage was 9.3%. A key statistic from the research is that, despite all other things being equal, 10.9% of men were called back compared with 7.7% of women.

The research provides strong evidence that female applicants have a double disadvantage as women and as parents.

According to González, Cortina and Rodríguez, the results show that “women are significantly more discriminated against by employers than men”. They write: “The discrimination faced by females relative to males crystallises into an overall significant reduction of approximately 35% in the probability of being called back for an interview. This penalty varies significantly according to candidates’ qualifications and parenthood status. It is 23.4% lower if women have higher skills but increases to 46.6% if they have lower levels of qualifications than similar men. It declines to 20.3% lower call-back probability if they do not have children, but it rises to 46.7% lower probability if they do.”

Findings
González, Cortina and Rodríguez acknowledge that their research has limitations and that stereotypical discrimination may be based on factors not covered by the study, for example the dispersal of qualifications in the two sexes. However, their study confirms that there is significant gender bias in hiring in the Spanish labour market. In addition, it adds significantly to research on this topic by exploring factors that might influence gender discrimination.

In particular, the research provides strong evidence that female applicants have a double disadvantage as women and as parents, and that the bias against them reduces when women have more qualifications and increases when they have children. González, Cortina and Rodríguez attribute that bias not to prejudice, but rather to the stereotypical views that employers hold. They find that this discrimination is grounded in employers’ stereotypes about the “potentially lower productivity of female applicants” and “mothers’ and fathers’ prescriptive roles as, respectively, committed housekeepers and workers”.

One surprising finding was that men who said they were fathers had a higher probability of being selected for the second stage of the recruitment process than men who were childless. What conclusions do you draw from this?

<>The main conclusion is that traditional gender roles and gender stereotypes benefit fathers much more than mothers in the labour market. Men obtain a ‘bonus’ after a child’s birth because they are expected to increase their breadwinning capacity by increasing working hours and efforts. By contrast, good mothers are expected to reduce working hours and job commitment for the sake of the children and family. Gender stereotypes (i.e. traditional gender roles expectations) around parenthood eventually translate to differences in job opportunities, earnings and career tracks for women and men in the labour market.

Gender stereotypes and the recruitment process in Spain was last modified: July 29th, 2020

M. José González is an Associate Professor in the Department of Political and Social Science at UPF. Her research interests include family formation, childcare, fatherhood, domestic work, and gender inequalities. Her recent work has appeared in European Journal of Women’s Studies, European Societies, and Population Research and Policy Review. 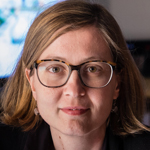 Clara Cortina is a Lecturer in the Department of Political and Social Science at UPF. Her research interests include changes in partnership and family dynamics in contemporary Europe. Her recent work has appeared in Review of Economics of the Household, European Journal of Population, and Population and Development Review.

This research has been supported by Recercaixa2014.

The authors thank Julia Rubio, Juan Ramon Jiménez and Guillem Subirachs for their contribution to the field work. The authors also thank the Barcelona MAR Health Park Consortium for reviewing the ethical aspects of this research, and the four anonymous referees for their constructive comments on an earlier version of this article.

Intergenerational mobility and school inequality in the US
Business & Economics
Read This Article
Shaking up geophysics: A new model for improved tsunami prediction
Earth & Environment
Read This Article