Arts & Humanities
Communication technologies lie at the heart of every society, and their structural biases contribute to many of our social biases. The use of social media, and especially Twitter, by former US president Trump offers a case study in how the rise of social media is driving populism, divisive rhetoric, and harm to our socio-political landscape. Dr Brian Ott at Missouri State University and Dr Greg Dickinson at Colorado State University have identified three fundamental biases of Twitter – simplicity, impulsivity, and incivility – each of which were leveraged by @realDonaldTrump.

The use of social media, and especially Twitter, by then-president Trump, is often perceived as having caused harm to our socio-political landscape. However, Dr Brian Ott of Missouri State University and Dr Greg Dickinson of Colorado State University argue that the Trump-Twitter era is in fact better seen as a symptom of the disease, and not its root cause. Together, Dr Ott and Dr Dickinson are studying how changes in communication technologies have altered public discourse, with Trump’s use of Twitter simply a (highly visible) case study of how the rise of social media is harming our politics and our culture.

Twitter is a training ground for devaluing others; it simply makes it too easy to be malicious.

The rise of social media
We are currently living through one of the most dramatic changes in the dominant communication technology in all of human history. Just as oral culture gave way to print culture, the literate world has given way to a digital one. With that shift, we are witnessing an array of both opportunities and challenges. In terms of opportunities, the structural biases of digital media, namely connectivity, interactivity, affectivity, and virtuality, have driven unprecedented innovation in science, technology, and medicine. But those same biases often pose serious challenges to genuine human connection, reliable information, reasoned deliberation, and democratic ideals and institutions.

For over two decades, Dr Ott and Dr Dickinson have studied speeches, museums, memorials, television, film, and, more recently, social media platforms. In particular, they have focused on Twitter – a communication technology whose fundamental biases they have identified as simplicity, impulsivity, and incivility. 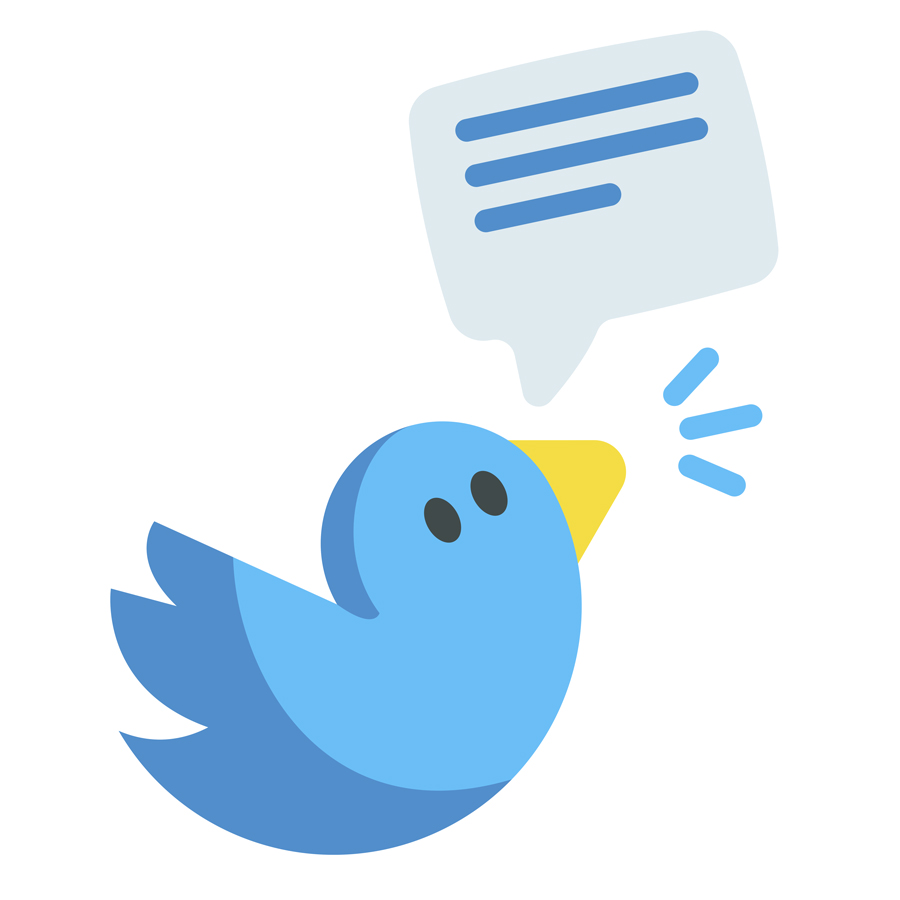 Twitter, they argue, favours simplicity because its 280-character limitation (increased from 140 characters when the platform was first launched) disallows complex ideas and messages; a person can tweet something clever, but not complex. Dr Ott compares tweets to smoke signals – arrows pointing to something of importance, but without the detail needed for comprehensive analysis and understanding. We live in a world where soundbites, in the form of tweets, are forming the basis of public opinion.

The platform favours impulsivity because there is no significant barrier to entry; a person can tweet from virtually anywhere about anything at any time. It is here that the smoke signal analogy breaks down – smoke signals require effort to produce and as such are likely worthy of making. Tweeting requires almost no effort. Many tweets are composed from a place of emotion and knee-jerk reaction. Significance, critical thinking, nuance, and deeper reflection are rare.

Finally, Twitter favours incivility because negatively toned messages travel both further and faster. This is partly owing to the informality of the platform; without the language structures imposed on longer written discourse, ‘politeness’ flies out the window. Moreover, it is much easier to be unpleasant when the subject of your ire is not in front of you, and in many cases is an abstract entity that you have not and likely never will meet in real life. To compound this issue, studies have shown that compulsive Twitter users yearn for attention, and controversy is by far the fastest route to that end.

In short, the researchers argue that Twitter is a training ground for devaluing others; it simply makes it too easy to be malicious. The vast majority of Twitter discourse – 80% by some estimates – is harmless; its worst sin is to be vacuous and trite, providing an outlet for the petty narcissism of dull day-to-day life. This social mediatisation of our private lives is doubtless having an impact: our lives (and how we document them) are being curated for online audiences of distant acquaintances and even strangers. However, it is the other 20% of activity that gives rise to wider concerns, with Dr Ott likening Twitter to a ‘social cancer’ spreading across public discourse. In 2021, the active daily user base grew to 192 million, representing a 26% growth over the previous year, with much of the increase attributed to interest in the U.S. presidential election and the COVID-19 pandemic.

63% of Americans get their news primarily from social media, where there are no editorial standards, and ‘fact-checking’ is a Wild West free-for-all.

Trump-eting out loud
For Twitter’s most infamous (and now banned) user, @realDonaldTrump, the platform offered the perfect medium to spread his message of hate widely and effectively. Based on the analysis of thousands of Trump tweets, both before and during his time in office, Dr Ott and Dr Dickinson have come to three main conclusions:

The central rhetoric of Trump tweets showed subtle changes over time. As a private citizen, his tweets generally entailed ‘branding’ (of Trump products), ‘boasting’ (of his own success), and/or ‘bullying’ (through abusive intimidation). As a presidential candidate, he moved on to ‘defining’ (his political vision), ‘disrupting’ (by promoting his anti-establishment credentials), and/or ‘demeaning’ (others through derogatory statements). Finally, as president, his tweets involved ‘dissembling’ (of the truth to manipulate the public), ‘distracting’ (via shock and awe to direct attention from his own failings), and/or ‘discrediting’ (of others via disparaging remarks). Throughout this time, his tweets remained highly repetitive; in April 2020 alone, ‘fake news’ was the subject of 46 different tweets.

The most significant change in the Trump-Twitter approach came in the form of original thought, or rather, his diminishing lack thereof. In 2015, 99% of Trump tweets were original to him, but by early 2020, just 56% of his Tweets were original, with the remainder being the re-tweeting of others. Some of these re-tweets were of White House linked accounts (i.e., he was still promoting himself and his brand); however, over 80% were of sources not directly linked to him, predominantly right-wing commentary.

As his main form of communication while in office, perhaps the most notable feature of Trump’s Twitter-based communication was how far it fell from normal presidential discourse. Presidents in the past have cultivated their image through diplomacy, big-pictures ideals, eloquence of language, and consistency of message. As a true embodiment of populism, Trump did none of these things. His strong affinity to right-wing political commentary, including Fox ‘News’, gave the green light to subjective opinion over informed journalism and typified an era where each individual can preach their own ‘truth’.

Trump was not the first and nor will he be the last to use social media to further his position of influence, but he was certainly the loudest (at least, to date). The wider ramifications for the future of society are unavoidable. Today, some 63% of Americans get their news primarily from social media, where there are no editorial standards, and ‘fact-checking’ is a Wild West free-for-all. The short-format style appeals to a public that has lost (or in terms of the young, may have never had the chance to develop) the ability to digest and analyse complex information or engage in reasonable and courteous debate. It has been over 40 years since Issac Asimov wrote his now oft-repeated missive on the democratisation and acceptance of mediocrity, but never has it been so relevant: “Anti-intellectualism has been a constant thread winding its way through our political and cultural life, nurtured by the false notion that democracy means that ‘my ignorance is just as good as your knowledge’”.

Trump has announced his intention to launch his own social media platform. Do you see this plan working or not; in other words, was it Twitter that made Donald Trump, or Donald Trump that made Twitter?

<> In May 2021, former president Donald Trump launched “From the Desk of Donald J. Trump”, a website that allows him to fire off short, Tweet-like missives in a sad and desperate attempt to remain relevant. But the site was more of a blog than a social media platform, and it was discontinued within less than a month of its launch. As long as Trump remains banned on popular social media platforms like Twitter and Facebook, he will struggle both to fundraise and to shape the national dialogue.

How do you see this situation evolving in the future? Will there be a backlash against social media?

Since every communication technology possesses and, subsequently, replicates its own biases and logic, we need to be insistently aware of what a given technology does well and what it does poorly. Social media platforms are great for sharing recipes and pictures of our pets. But they are lousy for producing a civil and informed electorate. If we continue to allow them to dominate our politics and culture, they will lead to the erosion of democracy and the ruin of us all.

Twittering away our deliberative capacity: Social media and the threat to democracy was last modified: August 17th, 2021 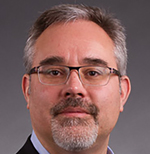 Brian L. Ott is Professor and Head of Communication at Missouri State University. He is author of The Small Screen: How Television Equips Us to Live in the Information Age (Wiley-Blackwell, 2007) and Critical Media Studies: An Introduction (3rd ed., Wiley-Blackwell, 2020) with Robert L. Mack. 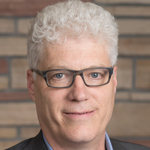 Dr Brian Ott and Dr Greg Dickinson study how changes in communication technologies alter public discourse, with a focus on former president Trump’s use of Twitter.

One thought on “Twittering away our deliberative capacity: Social media and the threat to democracy”