Health & Medicine
The development of nanoparticles is increasingly becoming an essential strategy in drug delivery. Professor Aws Alshamsan from King Saud University, Saudi Arabia, is an expert in the field of nanobiotechnology and designs drug delivery systems made of small synthetic polymers to target specific tissues with high effectiveness. These particles are internalised by the immune system, along with the drugs that are bound to them, which are used to stimulate a response against cancer. Nanoparticles are also effective when carrying immunosuppressive agents that treat graft rejection in transplant patients.

Cancer immunotherapy is a promising therapeutic strategy that uses the immune system to detect and kill cancer cells. The advantage of using immune cells to target tumours is that once they are trained to recognise cancer cells, they have the ability to destroy them with high specificity, leaving healthy cells around intact, unlike traditional chemotherapy, whose side effects are directly linked to its destructive potential to healthy cells in the blood and other tissues. For those left wondering why the immune system does not successfully destroy cancer tissue, the answer lies in the fact that while the immune system is initially effective at getting rid of individual tumour cells, it will eventually fall short of successfully targeting tumours once their growth has reached a high reproductive rate. In this advanced stage, cancer cells start to become immunotolerant, develop ways to go undetected by the immune system and some malignant cells even start to actively harm and inactivate immune cells. In fact, immunotolerance is one of the hallmarks of cancer. To beat immunotolerance and stimulate the immune system against cancer, it is important to train the immune cells to recognise malignant cells as abnormal.

Professor Aws Alshamsan and collaborators work on developing cancer vaccines that rely on the use of nanoparticles as a delivery system. Such nanoparticles are very small in size and at 200 to 500 nanometers are close in size to the pathogens that the immune system would usually recognise.

preparing an effective cancer vaccine
A cancer vaccine works on the same concept as a normal vaccine; it consists of protein fragments that resemble the antigens that would normally elicit an immune response. These are readily recognised by the immune cells and targeted as if they were invading micro-organisms. In the case of a cancer vaccine, however, the antigen has features that resemble the surface of cancer cells, eliciting the response of a highly specialised subset of immune cells known as dendritic cells.

These cells are adapted to internalise and process antigens so that they can be presented to other highly specialised immune cells, known as killer T cells. T cells will target and destroy every cell containing the antigen once they are primed for its recognition. If the vaccine triggers the response successfully, killer T cells will recognise cancer cells as harmful and target them with chemicals to disintegrate them. The vaccine should also contain fragments of bacterial cell walls that act as adjuvants, alerting the immune system and boosting its activation. In fact, one of the reasons for low response rates to cancer vaccine is the lack of effective adjuvants that are able to activate a robust and long-lasting immune response.

Effective formulations with the aid of nanomedicine
Professor Alshamsan and his team use nanoparticles made of synthetic polymers such as poly-lactic-co-glycolic acid (PLGA). PLGA nanoparticles are safe − they are metabolised and degraded to acetic acid once they have successfully delivered the drug to the target cells. PLGA particles are perfectly suited for interacting with the immune cells since they are a similar size to pathogens. In fact, they can deliver antigen to the dendritic cells 100- to 1000- fold more efficiently than when the antigen is delivered through other methods.

To beat immunotolerance and stimulate the immune system against cancer, it is important to re-educate the immune cells to recognise malignant cells as abnormal.

Professor Alshamsan collaborated with Professor Lavasanifar to activate a strong and long-lasting immune response. In some of their studies, they used adjuvants in the form of a lipid that acts as a ligand of a crucial subset of immune receptors known as Toll-Like Receptors (TLRs). Mice that were treated with the nanoparticles showed a significant increase in the production of activated T cells. Their data also showed a remarkable reduction of the size and weight of tumours in mice treated with the cancer vaccine when compared to the control group. In addition, they showed that their vaccine was effective in rescuing impaired dendritic cells from tumour-induced immune suppression.

Cracking down on immunotolerance
Another culprit for immune escape is a protein expressed in tumour cells that promotes the transcription of genes responsible for cell survival, proliferation and metastasis. This is the activated form of the signal transducer and activator of transcription 3, known as STAT3. STAT3 is very effective in suppressing the action of dendritic cells and is a potential pharmacological target to break the cycle of immunotolerance and reactivate the immune system. In order to downregulate the production of STAT3, Professor Alshamsan used small interfering RNA (siRNA) silencing. Every protein in the body is expressed by the cells in the ribosomes, following the genetic instructions encoded in small sequences of DNA called genes.

One of the main steps of gene expression is the translation of the DNA genetic code through the intervention of messenger RNA (mRNA). mRNA carries the genetic information across the cell cytoplasm, from the nucleus to the ribosomes. Here, mRNA sequences are matched to complementary transfer RNA (tRNA) particles and finally linked to a specific sequence of amino acids that makes up the primary structure of the target protein. By targeting specific regions of mRNA particles with complementary siRNA, it is possible to effectively knock down, or silence, entire genes. Once genes are silenced, protein expression can be halted. Professor Alshamsan and his co-workers examined the inhibition of STAT3 expression in skin tumour cells by siRNA silencing.

To deliver the siRNA particles, the team used another drug delivery carrier known as stearic acid modified polyethyleneimine (PEI-StA). They found that siRNA-mediated silencing of STAT3 caused a break of immunotolerance and a significant regain in the numbers of dendritic cells that stimulated a robust T cell anti-tumour response, triggering an increase in long term memory immune response. The authors demonstrated that the downregulation of STAT3 is crucial to the activation of a robust immune response and that their approach could offer significant protection against tumours when used alongside other traditional therapies.

The safe delivery of immunosuppressants
The team also uses nanoparticles as drug delivery carriers in other therapeutic contexts. PLGA nanoparticles have previously been shown to improve the efficacy and reduce the toxicity of encapsulated immunosuppressive agents. Those are often used to reduce the risk of graft rejection in patients receiving transplants. Tacrolimus is considered to be one of the most important immunosuppressants, however, its use is also negatively affected by high levels of toxicity.

Professor Alshamsan and his co-workers assessed the ability of PLGA particles to reduce the toxicity of the immunosuppressant tacrolimus, while at the same time maintaining its beneficial therapeutic effects. They followed em>in vivo immunosuppressive activity and kidney function following drug administration in mice. They published their results in 2020, showing a significant decrease in drug-associated kidney toxicity among the animals treated, while still providing the immunosuppressive benefits of tacrolimus. These results confirm that due to the biodegradable nature of PLGA nanoparticles and their proven minimal toxicity, they are a promising drug delivery system to use in the manufacture of alternative and improved formulations of tacrolimus. This will be of significant importance for patients who need tacrolimus following organ transplant but are adversely affected by the toxicity of current formulations.

<> My future work as an extension of my current efforts in exploring the potential of polymeric nanoparticles in different therapeutic applications include ocular delivery of anti-infective agents, immunosuppressants, and macromolecules. I am also working on developing critical reviews and policy papers in aspects relevant to novel vaccine development, and biosimilar development and approval. 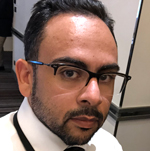 Professor Aws Alshamsan received his BPharm from King Saud University, Saudi Arabia in 2002 and his PhD in Pharmaceutical Sciences from the University of Alberta, Canada in 2010. He did his postdoctoral fellowship in Nanotechnology at the Nanotechnology Research Center, formerly known as the National Institute for Nanotechnology, Canada, where he was given a visiting-scientist status immediately afterwards. He was also appointed a Director of Research Center at the College of Pharmacy, King Saud University (2012-2013), then Dean of King Abdullah Institute for Nanotechnology, King Saud University (2013-2017). He was the Director of the Center of Excellence in Nanomedicine, a joint center of excellence between the University of Californa San Diego and King Abdulaziz City for Science and Technology. Since 2017, Prof. Alshamsan has been appointed Dean of the College of Pharmacy in King Saud University. Prof. Alshamsan has experience in drug regulation where he was a consultant at the Saudi Food and Drug Authority (2014-2019).

Professor Alshamsan’s research focuses on the development of nanoparticles for immune modulation, cancer targeting, and as a cancer vaccine.