Health & Medicine
Pharmacological treatment of prostate cancer has advanced significantly in recent years. However, while the newest therapies are initially effective in reducing tumour size, most patients eventually develop drug resistance and the recurrence of malignant spread. Professor Inés Díaz-Laviada and her team at the Alcala University in Madrid, Spain, have demonstrated that long-term treatments may induce the transformation of cancer cells into stem-like cells. These cancer stem cells have a very high reproductive rate and are responsible for cancer drug resistance. Targeting the mechanisms behind the formation of cancer stem cells is a promising strategy to recover drug efficacy in cancer therapy.

Prostate cancer is one of the leading causes of mortality among men worldwide. In its less advanced stages, it is treated by surgery and radiotherapy. Patients who are not cured by those treatments are offered androgen deprivation therapy, with the aim of inhibiting testosterone, a key factor in the growth of cancer cells. Although the therapy is initially effective, most patients eventually become resistant to it, developing an aggressive form of the cancer.

The mechanisms for the drug resistance are not well understood, but recent theories suggest that prolonged therapy exposure can induce the transformation of cancer cells into cancer stem cells. Cancer stem cells are a subpopulation of cells within cancer tissue that have characteristics of both cancer cells and stem cells. As observed with other types of stem cells, cancer stem cells are undifferentiated. This means that they lose the typical features that belong to mature, specialised cells. By losing their unique structure, they also lose their functions and adaptations within their specific tissue. These stem-like cells also feature high plasticity and the ability of self-renewal, generating many more stem cells with a high level of reproductive rate. Cancer stem cells are also responsible for ‘seeding’ secondary tumours in locations that might be unrelated to the site of origin of the disease. This leads to metastasis, the rapid growth and spread of malignant tissue in other parts of the body. Once the cancer spreads to vital organs, such as the brain, it is almost impossible to stop the disease.

Prof Díaz-Laviada and her collaborators have demonstrated that when tumour cells are incubated for 90 days in a medium containing androgen inhibitors, they transform into cancer stem cells. They found that cancer stem cells acquire mechanisms that allow them to escape the destructive action of anticancer therapy. For instance, cancer stem cells are able to express a protein that spans across the cell membrane and acts as a transporter that forces the drug out of the cell, neutralising its action. These cells can also transform the drug into an ineffective molecule by using enzymes – biological units that can change complex molecules into products with a simpler chemical structure. By targeting the mechanisms that cause normal cells to transform into stem-like cells, the team hopes to affect the ability of cancer cells to escape their fate. Once the drug sensitivity is restored, cancer cells can be killed again and the tumour growth and spread can be halted.

The link between metabolism and cancer
In order to devise novel therapeutic strategies, the team had to better understand the molecular pathways that trigger the cellular transformations that lead to the acquisition of cancer drug resistance.

It is one of the hallmarks of cancer that tumours hijack the flow of nutrients to meet the metabolic demands of malignant cells. Prof Díaz-Laviada and her team focused their research on the altered metabolic activity in cancer, so that they could identify the ‘stumbling blocks’ affecting the metabolic reactions and the normal functions of the tissues affected by tumours. They found that AMP-activated kinase (AMPK), an enzyme involved in the growth and metabolism of cells, is capable of reversing some features of cancer stem cells in studies involving liver cancer cells, providing a direct link between cancer and metabolism.

Prof Díaz-Laviada and her collaborators also demonstrated that high lipid accumulation causes liver cancer cells to transform into cancer stem cells. Interestingly, a higher lipid content is correlated with a decreased AMPK activity. In a study published in 2019, the team elegantly demonstrated that the stemness of cells is accompanied by AMPK inhibition and it can be reversed by treating these cells with drugs that are pharmacological activators of AMPK. These findings led the team to suggest that increasing the expression of AMPK in cancer cells could also prove to be a promising therapeutic strategy in reversing the cancer drug resistance in prostate cancer.

A natural compound with anti-tumour properties
AMPK can be activated by several compounds, including metformin, a drug traditionally used in the treatment of Type 2 diabetes. In the pursuit of finding antitumour compounds with high efficacy and low toxicity, the team turned its attention to the promising area of research of nutraceuticals, compounds that are available from the diet and have the potential to treat and prevent disease. Capsaicin is a compound that is an irritant to most mammals. It is present in chili and red peppers, among other spices, and is often described as having a pungent flavour, due to the burning sensation it causes to the tissues it comes into contact with. Capsaicin is often used as an analgesic, a compound that is used to alleviate aches and pains. Several studies highlight that capsaicin displays antitumour activity in several cell types and is also beneficial in enhancing the efficacy of cancer drugs towards malignant cells. In addition to this, the dietary intake of capsaicin has been associated with a lower prevalence of obesity. Since cancer cells have an impaired metabolism and low levels of AMPK, Prof Díaz-Laviada and her colleagues decided to explore the possibility that capsaicin might directly modulate the activity of AMPK.

AMPK expression restores drug sensitivity
Another important finding in the study was that the over-expression of AMPK correlated with a decrease in the expression of vascular endothelial growth factor (VEGF), a protein that stimulates the growth of new blood vessels from pre-existing ones. This growth, known as angiogenesis, provides malignant tumours with blood and nutrients. Inhibition of VEGF and targeting are an essential step in the development of anti-cancer therapies.

Finally, Prof Díaz-Laviada’s group evaluated the effectiveness of over-expressing AMPK on restoring the sensitivity of prostate cancer stem cells to therapy. They first stimulated the expression of AMPK in drug-resistant cells and then treated them with the anti-tumour compound docetaxel. They found that docetaxel decreased the cell viability among AMPK-transfected cells while it had no effect on the stem-like pool of cells. This important result confirmed that AMPK can restore the sensitivity to chemotherapy in prostate cancer cells. Cells that lose their stemness respond to therapy, pointing to AMPK as a novel therapeutic target in prostate cancer.

Conclusions and future perspectives
Targeting AMPK and lipid metabolism in cancer stem cells is a promising strategy to reverse stemness and cancer drug resistance in prostate cancer. Prof Díaz-Laviada and her colleagues identified an important link between the decrease of metabolic regulator AMPK and the reprogramming of prostate cells to cancer stem cells. These metabolically impaired, stem-like cells develop mechanisms that allow them to reproduce and spread more effectively, promote angiogenesis and develop cancer drug resistance. The team produced a very robust model that will facilitate the development of AMPK-activating compounds as promising therapeutic agents for patients with prostate cancer. The future steps for the project include the design and execution of experiments that prove that capsaicin and other AMPK activators are effective also in vivo and to optimise the best way of delivering the drug, in order to target the affected tissues effectively.

Do you plan to investigate other dietary compounds for their anti-tumour properties behind capsaicin?

<> Yes, we are establishing collaboration with other groups to investigate aromatic plants. In addition, we will also explore new formulations like dendrimers and nanoparticles in order to improve the efficacy and bioavailability of the compounds in vivo. 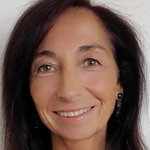 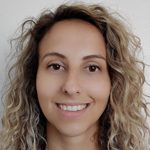 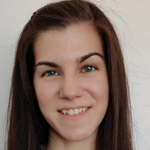 Inés Díaz-Laviada is full professor at Alcalá University (UAH) and received her doctorate in Biology from Complutense University of Madrid. She is leader of the Cancer Drug Resistance Research group at UAH.

Alicia Bort is a postdoctoral fellow and Belén G. Sánchez is a PhD student. For many years, they have been working on signal transduction and molecular mechanisms of anti-tumour drugs.

Díaz-Laviada, I., Bort, A., and Sánchez, B. (2020). AMP-activated kinase as a therapeutic target in prostate cancer. Research OUTREACH. Available at: https://researchoutreach.org/articles/amp-activated-kinase-therapeutic-target-prostate-cancer/ (Accessed YYYY/MM/DD)