Physical Sciences
Through decades of research, biologists have determined that under the right conditions, viruses can assemble themselves from their constituent proteins. So far, however, many of the precise characteristics of this process have eluded researchers. Dr Guillaume Tresset at Université Paris-Saclay aims to fill these gaps in our knowledge through experiments that measure how x-rays are scattered by self-assembling viruses. His team’s work has now yielded significant advances in our understanding of how the intricate molecular structures can build themselves up inside cells using injected genetic material as a blueprint.

Viruses are some of the most intriguing structures in molecular biology. Since their discovery in the late 19th century, they have been known to play a central role in conveying non-bacterial diseases, with noroviruses alone causing around 200,000 deaths worldwide each year. Elsewhere, they are ubiquitous components of virtually every natural ecosystem, and hold far-reaching influences over the populations of many plants and animals. Among the defining features of viruses are the protein cages, named ‘capsids’, which encase and protect their genetic material, either RNA or DNA.

To replicate themselves, viruses must inject their genetic material into living cells. Once inside, the viral genetic material is expressed by the cell’s machinery to produce new viral proteins and genetic material, which will then self-assemble into new infectious viruses. The new viral protein molecules assume orderly, near-spherical shapes, named icosahedrons. “In our virus, four segments of RNA encoding the viral genome are distributed within three separate capsids, required for the replication of the virus,” Dr Tresset explains. “These capsids, that protect the RNA, consist of 90 protein subunits arranged in a structure forming a 20-sided solid.” Just 30 nanometres across, these structures build themselves up through an interplay with factors in their surrounding environments, including temperature and pH.

Mysterious assembly processes
Despite biologists’ in-depth understanding of capsid structures, a glaring gap in their knowledge remains, surrounding the molecular mechanisms which unfold as viruses self-assemble inside cells. Perhaps the main difficulty facing studies of the self-assembly process is the sheer number of intermediate steps it could possibly entail. In addition, it involves a wide variety of timescales, which can range from hours to mere milliseconds. Biologists in the past have quantified these periods by passing light through protein molecules as they assemble into capsids, and measuring changes in how its path is deflected over time due to changing molecular structures. However, the resolutions available through this technique haven’t yet proven high enough to map out the structures themselves.

To some extent, this problem has been overcome with the help of computer simulations, which have now identified the precise molecular dynamics of several different pathways to virus formation. All the same, experimental evidence which verifies these theoretical results is still lacking. As Dr Tresset describes: “The survival of the virus depends in part upon its ability to assemble quickly, and without defects, within the host cell. Very few experimental measurements are currently available because of the difficulty in detecting biological molecules over a wide range of timescales.” Without sufficient capabilities to study these processes, researchers are currently unable to find solutions to the many public health issues and economic damages which viruses unleash on our society.

A glaring gap in knowledge remains, surrounding the molecular mechanisms which unfold as viruses self-assemble inside cells.

Exploration with x-ray scattering
In their research, Dr Tresset and his colleagues aim to tackle these challenges more effectively, through sophisticated techniques which exploit the physical properties of biological molecules. Much like the soft materials studied by physicists, including liquids, foams, and polymers, proteins can show characteristic behaviours in response to certain probing techniques. In particular, they interact with x-rays, which can themselves be produced at high intensities by accelerating electrons to high speeds: a technique known as ‘synchrotron radiation’. Since x-rays have far shorter wavelengths than visible light, it becomes far easier for researchers to measure how their paths are deviated to different degrees by self-assembling molecules over time.

Using synchrotron radiation, the team measured the characteristic ways in which individual protein subunits scattered the paths of x-rays, allowing them to draw important new insights into capsid formation. “The virus has been reconstituted from purified protein subunits and genomic RNA, and its spontaneous assembly was followed by the small-angle x-ray scattering method, resolved in time, with a synchrotron source,” Dr Tresset illustrates. With spatial resolutions high enough to pick up structures just a few nanometres across, and time resolutions higher than 100 milliseconds, Dr Tresset’s team could finally investigate the exact mechanisms which unfold as capsids self-assemble.

New insights into self-assembly
Through these experiments, the researchers have now concluded that in order for empty capsids to assemble themselves, their constituent protein subunits must follow precise sequences of events, and be positioned in highly specific locations over the course of the process. In contrast, the blueprints for capsid formation in full viruses are provided either by RNA or DNA. Initially, this genetic material captures protein subunits, to form complex clusters. Under the right conditions, these structures then arrange themselves into icosahedrons after more than an hour. “For a complete virus, the genome acts as a template and captures in less than a second a large number of subunits to form a disordered complex,” explains Dr Tresset. “The latter self-organises over a long timescale, while continuing to capture the missing subunits, and gives rise to the protective capsid.”

Furthermore, the team’s experiments revealed that this process is first characterised by the moderate binding affinity of subunits for the genetic material, which is influenced by the electrostatic interactions between the molecules. Afterwards, a high energy barrier must be crossed for bound subunits to assemble themselves into capsids. With this knowledge, Dr Tresset and colleagues were able to explore how synthetic charge-carrying polymers may lower this energy barrier, allowing filled capsids to form in conditions where viruses are unable to assemble themselves.

Advancing our understanding of viruses
Dr Tresset and his colleagues say that their results were made possible by combining concepts of soft matter physics with those of molecular biology – an approach which has been overlooked in previous studies. Ultimately, a knowledge of the processes their experiments have uncovered may soon provide biologists with far better ways to identify the formation mechanisms of specific viruses, and could enable nanoengineers to build capsids for themselves. 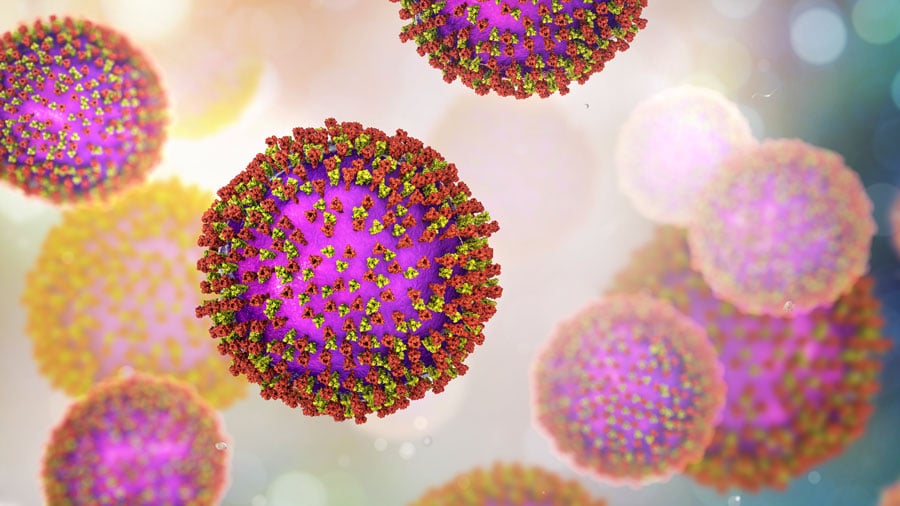 As Dr Tresset concludes, “this mechanism would be advantageous to both quickly associate the basic components of the virus, and to ensure the selectivity of the genome and correct any assembly errors. Understanding such mechanisms could help devise therapeutic strategies to block viral replication.” With further research, the team’s insights could enable researchers to study virus-borne diseases far more effectively than ever before; and to explore the properties of the intriguing pathogens in unprecedented degrees of detail. 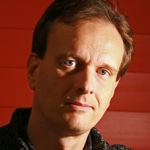 Guillaume Tresset obtained a PhD in plasma physics in 2002. He is now Research Director at the French National Center for Scientific Research (CNRS) and group leader at the Laboratoire de Physique des Solides (Université Paris-Saclay). His research activities include biophysics, microfluidics and X-ray/neutron scattering.