Informatics & Technology
The morphology of layered anisotropic systems plays a crucial part in the development of new materials as well as in medical, forensic and biomimetic research. The ability to quantitatively describe these morphologies is required for solving scientific and engineering problems. Dr Igor Smolyar, from the National Centers for Environment Information/NOAA, Professor Tim Bromage, from New York University and Professor Dr Martin Wikelski, from the Max Planck Institute of Animal Behavior and University of Konstanz, have developed an empirical model that can quantify the structural characteristics of layered patterns.

Naturally occurring structures, such as sand dune ripples, sediment profiles, fish scales and lamellae in vertebrate bones, are made up of systems of layers. Many manmade materials, including alloys, polymers and ceramics, also comprise layered structures. These layers provide a record of both internal and external factors that regulate the formation of the patterns. The form and structure of these layers make it possible to identify trends, periodicities, and events in the history of the formation of these systems. This morphology of layered systems plays a crucial part in the development of new materials as well as medical, forensic and biomimetic research.

Aspects of layered system analysis still need to be formalised for solving scientific and engineering problems. The ability to quantitatively describe the morphology of a layered pattern is required if this goal is to be achieved. This has proven to be problematic, however, due to the myriad of breaks, confluences and bifurcations that occur in the layers of two-dimensional representations of three-dimensional objects. The number and thickness of these layers are ‘anisotropic’ in both size and structure. That is, they vary depending on which direction they are measured in; this makes the development of a formal analysis procedure difficult.

Dr Igor Smolyar, currently with the National Centers for Environment Information/NOAA, Professor Tim Bromage, director of the Hard Tissue Research Unit at New York University and Professor Dr Martin Wikelski, founding director of the Max Planck Institute of Animal Behavior and professor at Konstanz University, are addressing this problem. They have developed an empirical model (EM) that can be used for quantification of the structural characteristics of layered anisotropic patterns.

Fish scales
The research team initially explored the patterns of fish scales. They chose this starting point as the information gleaned from fish scales enabled them to address broader issues within marine science.

The form and structure of these layers make it possible to identify trends, periodicities, and events in the history
of pattern formation.

The centre of a fish scale, the focus, represents the tiny scale of the newly hatched fish. The scales develop circular growth rings around the focus as the fish grows, like the rings in a tree trunk. These growth increments form layers that are referred to as circuli. Examination of the patterns that are constructed from the circuli reveal information regarding the events in the fish’s life history and the state of their habitat.

The research team found their fish scale research impeded as some steps that they required for their analysis had not yet been formalised. The results of the analytical processing of fish scales are subject to the investigator’s perceptions and preconceptions. Furthermore, there are inherent problems in formalising the procedures and parameterisation of fish scales due to incremental pattern anisotropy, where the size and number of circuli are functions of the direction of measurement. The rhythmical structure of the circuli was an essential element of the parameterisation procedure and set about developing a method for the quantification of rhythmical structures that would take anisotropy into account.

Quantification of anisotropic growth
The anisotropic growth of fish scales means that the structure of the growth increments has to be analysed in various directions in the 2D plane. The researchers translated the anisotropic structure of fish scale patterns into N-partite graphs, made up of vertices and edges. Thickness of the growth increment along each transect, or section, is proportional to the fish scale growth rate. N-partite graphs allow the team to introduce the notion of “layer structure” across the 2D plane and fully formalised construction of “layer thickness vs layer number” and “layer area vs layer number” charts. Each layer is associated with the time it was formed, so a layer’s thickness and area provide the growth rate variability of the layered system at that time. These charts enable the researchers to describe the morphological characteristics of an entire 2D layered pattern.

Due to circuli anisotropy, various layer structures are possible across the 2D plane, resulting in uncertainty in the quantification of morphological features of layered anisotropic patterns. It has been shown that describing the characteristics of fish scale patterns with confidence and high-level accuracy are a mutually exclusive goal. Uncertainty is therefore an unavoidable part of quantifying anisotropic layered patterns irrespective of their origin and size.

The empirical model (EM)
The N-partite graphs, Boolean functions and thickness/area of layers along transects make up the EM that formalises the anisotropy of the structure and size of layered systems.

The layered anisotropic patterns
form a record of the internal and external factors that regulate the formation of patterns.

Numerous natural forms are made up of layers with structures similar to those of fish scales. Satellite images provide evidence of large-scale patterns on Earth and other planets. Intermediate-scale patterns occur in corals, marine and terrestrial sand ripples as well as sediment profiles. Small-scale patterns are evident in the lamellae in vertebrates’ bones, aortas, lamellar corpuscles in humans and animals as well as the macro structure of butterfly wings. Manmade materials including alloys, perlite steels, polymers and ceramics are also made up of layers of different thicknesses and structure. The layered anisotropic patterns form a record of the internal and external factors that regulate the formation of patterns in both these living and non-living systems.

Disorder of layer structure
The research team has shown that their EM can be applied to layered patterns regardless of their size and origin. They have recently introduced a new structural characteristic, disorder of layer structure (DStr) that measures the deviation of a 2D layered pattern from isotropy. Isotropy refers to uniformity in all directions in contrast with direction-dependant anisotropy. 2D layered patterns have both isotropic and anisotropic components so DStr ranges in value from zero when there is minimal disorder to one where there is maximal disorder. DStr can also be used to differentiate between layered and non-layered patterns on both a local and global scale. The researchers have shown that DStr is a universal characteristic that can be applied to any 2D layered patterns demonstrating its use with geological, atmospheric, medical, material, forensic, plant, and animal images.

The research team has demonstrated how DStr can be used to uncover structural anomalies in anisotropic layered patterns by monitoring structural changes in sand dunes and ripples on the surfaces of Earth and Mars and examining the structural anomaly. They have also formulated testable hypotheses by studying the correspondence between physical, mechanical, and biological properties of objects and the morphological characteristics of their layered patterns.

Areas of application
Analysing the growth-rate variability of lamella bones with EM allows the researchers to reveal cyclicity in bone formation that had not previously been observed. The researchers discovered that lamellar increments of bone and growth increments of tooth enamel are formed at the same time. These hard tissue rhythms provide information about the natural history events occurring during bone and tooth formation and are of significant interest to mammal life history researchers.

The research team has a particular interest in the link between growth increments and the marine environment. Morphological characteristics of the growth increments of layered objects formed in the world ocean, such as fish scales, coral and bivalve shells, are functions of seawater parameters. EM could be used to support the study of local and global climatic characteristics of the world ocean and its dynamics.

Birds’ morphology could be analysed using EM and together with their migration patterns across the oceans, marine data from the World Ocean Database and the International Comprehensive Ocean-Atmosphere Data Sets, this could provide a foundation for the formulation of testable hypotheses to inform behavioural research, species protection, and research into the spread of infectious diseases.

EM can be used to quantitatively describe the relationship between structure and properties of a layered system. It provides a formal process to track structural changes and reveal structural anomalies that could solve fundamental problems in the study of layered objects and prove a positive contribution to medicine, materials science, and biomimetic research.

What are your plans for future research into the morphology of layered patterns? 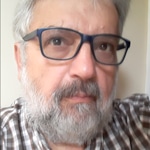 Igor Smolyar graduated from Polytechnical Institute in Russia and received a PhD in computer science from the Russian Academy of Sciences. Currently within the National Centers for Environmental Information/NOAA, his area of interest is the application of discrete methods for the study of natural history phenomena. 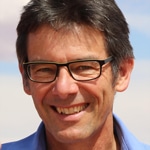 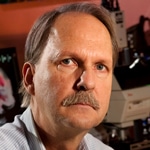 Professor Tim Bromage directs the Hard Tissue Research Unit, a technology development laboratory of New York University. Recently, they reported on a chronobiological rhythm in hard tissue microstructure that integrates mammalian development and life history. He is a recipient of the 2010 Max Planck Prize in the Life Sciences for this work.

The team of researchers used fish scales and lamellar bones to develop an empirical model for the quantification of layered anisotropic patterns.