Engineering & Technology
The world of manufacturing is facing a massive game change. For half a century, subtractive manufacturing (SM) has reigned king. In SM, a cutter removes material from a homogeneous block until the desired shape is formed. Additive manufacturing is a major industry waiting just around the corner – and with it, the opportunity to design in a more flexible way. However, current geometric modelling software does not allow manufacturers to effectively design, analyse, optimise and manufacture heterogeneous and/or porous objects using additive manufacturing. Gershon Elber, Professor in the Computer Science Department at Technion in Israel, has a new approach.

Your watch, car, computer and smart phone will all contain parts which were digitally designed and then milled, lathed, cut, moulded and machined into existence. We fill our lives with objects which were once upon a time mere blocks of material. But this is about to change – or at least, the way we do it is.

Additive Manufacturing
3D printing is on the rise. As the price of 3D printing has fallen, the previously expensive design tool has now gained somewhat of a reputation for being a niche hobby. 3D printing is an incredibly exciting tool. Traditional computer-aided manufacturing tools remove material from a sheet or block – this process is called subtractive manufacturing (SM). If you’ve ever come across 3D printing, you’ll know that it flips the SM concept on its head: 3D printing works by adding material to build up an object – a process known as additive manufacturing (AM).

Using AM, manufacturers have the ability to create objects which were impossible to build with SM techniques. Hollow or even porous objects are now feasible, offering, for example, superior strength-to-weight ratios, as is the possibility of creating objects comprised of a material which changes in composition throughout the object. With SM, it’s impossible to reach the inside of an object with a cutter head, and unfeasible to create objects with delicate microstructures with heavy-handed tools.

3D printing: the future?
The future is in 3D printers – or at least, it should be. But there’s a problem. Because subtractive manufacturing has been the industry standard for so long, geometric modelling software is set up to reflect this. This software is designed to create virtual (computer) objects called boundary representations, known in the industry as ‘B-reps’. B-reps are represented only by their outer surface, or boundary. Up until now, there’s been no need to represent the interior of an object, because the cutter or drill head, water jet or laser beam responsible for shaping the object simply needs to know where to cut, and where not to cut. Everything within the boundary walls of an object is assumed solid and homogenous.

This is a major issue for additive manufacturing that supports heterogeneity and porosity. Never before were the (additive) manufacturing abilities ahead of geometric design software capabilities and a new set of software is needed to design, manufacture and analyse the objects of the next generation of manufacturing.

Voxels and V-reps
There have been some attempts at making alternatives to B-reps. However, up until now, none have emerged as particularly suitable. One of the most straightforward approaches is to divide an object up into ‘voxels’, the volumetric equivalent of pixels. This method does technically work and is similar to the voxel representations used in medical CT scans, but it also has serious limitations. Voxel representations are incompatible with B-reps. What’s more, applications requiring accuracy on the same order as the modern SM methods may need terabytes for a single object.

Gershon Elber, Professor of Computer Science at Technion, Israel, has been working on the development of a different approach that is also B-rep compatible, employing the same mathematical functions. This approach, which he calls ‘V-reps’, short-hand for volumetric representations, is a more subtle approach to representing objects for printing.

The development of V-reps fruited first in a 2016 paper, which details a method for using mathematical functions to construct heterogeneous and/or porous objects. One premise is that the porous object being designed can be constructed from two descriptions of its structure: the microstructure and the macrostructure.

Objects are already represented volumetrically, removing the need to convert models between different representations, so objects can be very quickly iteratively optimised.

The macrostructure essentially describes how a grid of tiles can be distorted to conform to the desired object’s shape. This shape can be as simple as a cuboid grid which appears to have been ‘twisted’ into a corkscrew shape, or much more complex, requiring multiple Boolean operations (mathematical operations like AND, OR, NOT that combine or exclude simple objects resulting in a more complex object) to achieve the desired shape. Prof Elber has various objects represented in his papers, but one which consistently shows up is a duck – a testbed shape that is familiar but surprisingly complicated to programme.

Ducks aside, Elber’s more recent work describes how tiles can be designed in a way that manages and optimises heterogeneity, allowing for variations in the geometric, topological, and material properties of individual tiles. Within a model, tiles can be designed with a variety of shapes and form, and for example the way they connect to neighbouring tiles on one face or multiple, smaller versions on another face, etc. Further, the tiles themselves may form out of smaller tiles, recursively, meaning that objects can be created which are branched, hierarchical structures. The resulting collection of tiles can, like previously, be transformed into the shape of a useful object.

This adds up to an approach to 3D modelling which is particularly powerful. Not only is it relatively light on computation load and memory use, it also solves a big problem with B-reps: analysis. To analyse the properties of an object, designers currently convert the object’s B-rep into a mesh which describes its volume. The mesh representation allows designers to model different parameters across the object – for example, heat or stress and strain. In the automotive, aerospace and ship-building industries – some of the biggest users of computer-aided manufacturing – this conversion process is estimated to consume 80% of the overall design and analysis process.

What makes Elber’s design method a big hitter is that objects are already represented volumetrically, and hence analysis-compatible, removing the need to convert models, so objects between different representations can be very quickly iteratively optimised.

Designing a porous aircraft wing
The fact that objects in Elber’s V-rep design process are tiled makes the optimisation process even easier. Elber demonstrates this with several designs for porous tiled aircraft wings, which are optimised to yield a prescribed dihedral angle (deflection), which relates to the stiffness of the wing, under an imposed lift load.

Each wing is made of thousands of tiles, each of which can be altered to contribute to the overall optimisation of an object, by varying their thicknesses, and hollowing out their insides to different extents. Elber’s designs incorporate gradual changes in tile thickness along four wing designs.

These examples are showing that optimising the distribution of thicknesses correctly is an effective way to achieve optimally light and stiff wing designs.

The optimisation software could create completely novel objects. Maybe one day, you’ll own one.

Heterogeneous composition
Elber is looking towards the creation of software that will satisfy the present and future foreseen needs and abilities of AM. Built into the V-rep software is the ability to specify throughout the object what the material composition will be. This specification can come from the end user, but more realistically from analysis and optimisation tools. 3D printer manufacturers are competing to create the hardware which could support heterogeneous materials, while this technology is still in its infancy. Current approaches generally either involve mixing materials as they are printed, or pre-mixing materials in a mixing chamber. Needless to say, subtractive manufacturing techniques can’t come close to matching this level of local control over material.

Optimisation of V-reps
Elber’s most recent work describes further improvements to the optimisation process, utilising an automated optimiser programme based on evolutionary schemes. In the case of the wings, this optimiser programme was given control over microstructure geometry like wall thickness and pipe diameter, but possibly also over the material composition throughout the macrostructure.

He demonstrates that the technology is capable of aiding in the design of a variety of objects, including heat sinks, heat exchangers, solid heterogenous rocket fuel, aeroplane wings and plastic extrusion nozzles, all of which were optimised at a microstructure level.

Elber suggests that in the near future, optimisation functions could be given control over other parameters, allowing them to embed nano-tiles within the current micro-tiles, pico-tiles within nano-tiles, etc., and choose between different types of tiles in each section of the grid and even control the deformation function, meaning that the optimisation software could create completely novel objects. Maybe one day, you’ll own one. 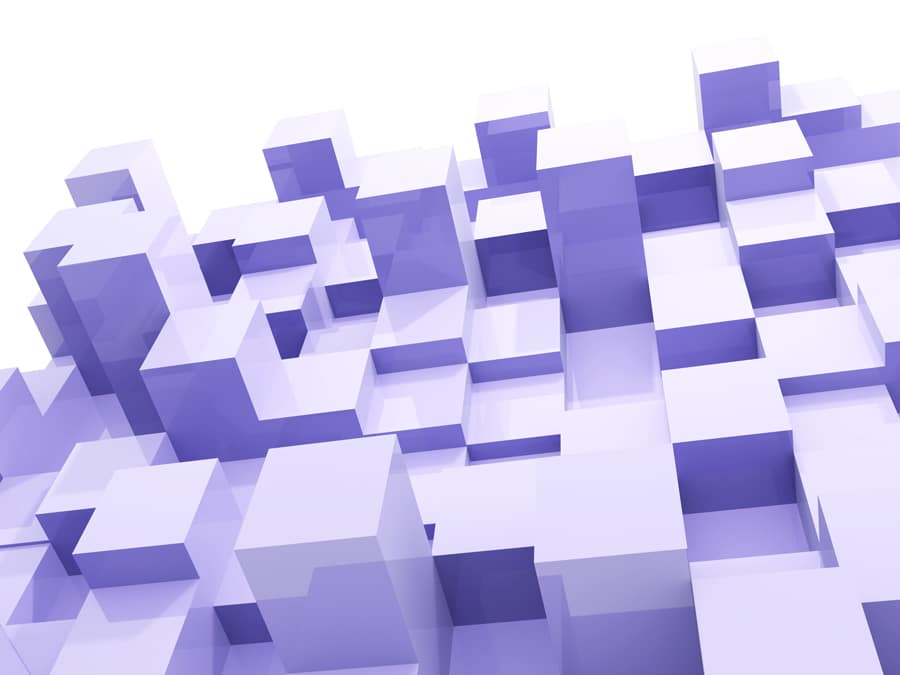 In your papers you model objects using V-reps. Can you give some examples of other industries and types of objects where V-reps and AM could be influential?

<> Being able to fabricate heterogeneous or functionally graded material (FGM) objects as they are typically coined, and more so porous FGM objects, brings a whole new ball to the game. Every field in which weight plays a critical role can benefit from that new ball. Aerospace immediate comes to mind but so do wearable electronics that must be as light as possible, as well as medical implants. While we can see today the impactful benefit of porosity, artificial FGM objects virtually never existed before the AM era and the full benefit of FGM is yet to be revealed.

Gershon Elber has been a Professor at the Computer Science Department, Technion, Israel, for almost thirty years. His research interests span from computer-aided geometric designs to computer graphics. Prof Elber received the John Gregory Memorial Award in 2011, the Solid Modeling Association pioneers award in 2016, and the Bezier award in 2019.

One thought on “Volumetric representations could revolutionise 3D printing”