Wound healing is a biological mechanism that allows the integrity and functionality of tissues to be preserved. Dr Jose Muñoz, Associate Professor at the Laboratory of Numerical Analysis (LaCàN), Universitat Politècnica de Catalunya, Spain, models the three-dimensional mechanisms involved in wound healing. In this research, these three-dimensional mechanisms are simulated with a hybrid vertex model. Supported by experimental observation, the relative contributions of each contractile force are determined. The necessity of cell volume preservation is revealed if full closure is to be achieved.

Epithelial tissues line most of the external and internal surfaces of the body as well as our organs and blood vessels. These membranous tissues are made up of one or more layers of cells that form barriers, thereby providing safety shields. Our skin, for example, is made up of millions of epithelial cells that are packed tightly together and provide a barrier between the inside and outside of our body. When epithelial tissues are wounded and the cells are destroyed or damaged, the existing cells and tissue drive the process of wound healing. Mechanical forces are also important for changing cell and tissue shape. The biological mechanism of wound closure enables the integrity and functionality of tissues to be preserved.

Modelling morphogenetic events
Various modelling approaches have been developed to describe the cell-to-cell interactions involved in epithelial morphogenesis. Processes such as the migration and spreading of cells can be described as planar deformations and studied using two-dimensional tools and vertex models. These vertex models approximate the cell shape with a two-dimensional polygon representation of the cellular interfaces where vertices mark the common points with neighbouring cells. The vertices move in response to forces during growth, interfacial tension resulting from the balance of forces produced by cell-cell adhesion, and pressure within each cell. Dr Muñoz explains how in order to understand the forces in these processes, we need models that are capable of reproducing both junctional mechanics and cell deformations that are different at the apical (top) and basal (bottom) sides of the monolayer, to represent a single, closely packed layer of cells.

While the two-dimensional analysis
of wound healing has been well studied, much less is known about the three-dimensional mechanisms that are involved.

Three-dimensional mechanisms
Dr Muñoz observes that while the two-dimensional analysis of wound healing has been well studied, much less is known about the three-dimensional mechanisms that are involved. He explains how many other epithelial shape changes, such as bending, tissue folding, cell extrusion and delamination, can be described using out-of-plane mechanics and three-dimensional effects. Tissue closure involves a combination of contractile forces on the top, or apical region of the wound. This has motivated Dr Muñoz and his collaborators to develop a three-dimensional model that enables the simulation of the various contractility at the cells’ apical, basal or lateral sides, so that the researchers can study their effects on wound closure.

3D hybrid vertex model
Dr Muñoz had previously been involved in the development of a two-dimensional model, which the researchers have extended to three dimensions. This new 3D model is a hybrid between a cell-centred model, where each cell is depicted as a sphere, or node, and each cell–cell interaction is modelled with a line or bar element, connecting two nodes, and a pure vertex model, where the cell cortex is represented as a polygon, with vertices and edges shared with adjacent cells. The new 3D model uses vertices to define the cell boundaries, but it retains the cell centres as degrees of freedom in order to describe how the whole cell changes shape, i.e. the whole cell kinematics.

Monolayer geometry is used to define the cells. The positions of the cell centres are taken from two-dimensional experimental images and provide the initial positions for the apical and basal cell centres in the model. The initial locations of the cell centres and the shape of the cell areas at both the apical and basal surfaces are equal. In subsequent time-steps, however, they can independently change their connectivity and form polyhedra (three-dimensional shapes with polygons as faces) that can have different shapes and number of sides at their apical and basal surfaces. The model computes the positions of the vertices at the apical and basal surfaces resorting to nodal interpolation. Mechanical equilibrium is achieved by minimising the total energy with respect to the positions of the nodes and the vertices around the edge of the wound. The cells’ viscoelastic behaviour is modelled using a rheological model that obeys a rheological law based on rest-length changes. The numerical solution is then found by solving the resulting system of non-linear equations using a Newton-Raphson iterative process.

Wounding and contractility experiment
The researchers carried out an experiment to evaluate the model’s simulated epithelial morphogenesis. The closure of adult tissues results in the formation of a scar. Embryonic and larval tissues, however, have the ability to complete the healing process in a seamless manner. Larval tissues of Drosophila (a small fruit fly) were chosen for the investigation. The Drosophila larval wing imaginal disc is an epithelium made up of a single layer of closely packed, highly columnar cells. These cells appear to be arranged in layers, but they are actually attached to the basement membrane. This tissue is an ideal experimental system for investigating wound healing cell behaviours in three dimensions.

The wing disc epithelia was wounded using a pulsed TiSa laser, and images of the wound healing response were recorded every 3 minutes using 3D time-lapse confocal microscopy. A similar wound was created in the model with the softening and removal of degraded cells and the progressive wound closure simulated with a contraction at the wound front and lateral faces, and a subsequent intercalation (changing places) of the cells at the wound edge.

Wound healing simulations
Experimental measurements were taken of wounds in five separate wing discs and averaged. The evolution of the wing disc apical wound area was quantified by manually tracing the periphery of the wound for the first 72 min after wounding. The wound periphery was particularly clear in the image while wound healing progressed, due to the formation of an apical actomyosin purse-string – a protein complex that is able to contract to draw the edges of the wound inward.

In addition to tissue tension and contractility, wound closure is also driven by the rate of intercalation.

The researchers tested a variety of simulated patches ranging in size from 80 to 205 cells, which had been generated for each of the cases that had been measured experimentally. They measured and compared the time evolution of the relative projected area and the relative height of the wound edge in both the experimental images and the simulation to test the effects of the wound edge contractility after wounding took place. The evolution of the intercalations was also analysed in terms of the number of cells at the wound edge.

Analysis
Analysis comparing simulations with experimental results revealed that in addition to tissue tension and contractility, wound closure is also driven by the rate of intercalation, or tissue fluidity. Dr Muñoz describes how the inclusion of lateral contractility, together with the simulation of different intercalation at both the apical and basal sides, enable this new model to extend the analysis to three dimensions.

The researchers were able to use the model to study the effects of solely apical or lateral contractile contributions on wound closure. The numerical results indicated that applying apical purse-string tension together with volume preservation induced a reduction of the relative height at the wound edge, due to the expansion of the tissue. Volume preservation is a fundamental consideration as significant changes to the cell volume compromises both its structural integrity and the constancy of intracellular environment. This can result in the death of the cell.

Dr Muñoz explains how the simulation of the three-dimensional mechanisms of wound closure with a vertex model, supported by experimental observations, enabled the researchers to determine the relative contributions of each of the contractile forces. Analysing the simulation results revealed the necessity of cell volume preservation if full closure is to be achieved.

What inspired you to extend your original 2D model to this new 3D hybrid model?

Discussions with scientists and observation of 3D images revealed that wound closure is far from a flat vertical profile advancing at the wound front and with constant height. This new view posed new modelling challenges, but also opened a new hypothesis for effective closure mechanisms, where the zipping of the tissue along cell height is progressively completed. 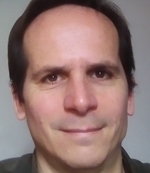 Jose J Muñoz studied Mechanical Engineering at Universitat Politècnica de Catalunya (Spain) and École Centrale Paris (France). In 2004 he completed his PhD in computational mechanics at Imperial College London. Since then, he has investigated and modelled mechanical problems with emphasis in biological applications: embryogenesis and tissue mechanics.