Biology
In 2009 a crisis faced the elephant and human populations of central Mali, when a vital fresh water source dried up. Reduced rainfall and increased human activity, including vast herds of domestic cattle, contributed to this critical problem. Dr Susan Canney of the University of Oxford and Director of the Mali Elephant Project, decided a new and prompt approach was needed if elephants and humans were to coexist in the future. Action research to understand the situation and target the underlying problems has created a successful and sustainable solution for both elephants and humans.

Across West Africa, threats from habitat loss and degradation, an increased human population, competition with domesticated livestock, and intense poaching have left elephant populations small, fragmented and vulnerable. Central Mali supports an internationally important population of around 300 individuals that is remarkable for having evolved a unique migration circuit across the region which allows the elephants to survive an environment where the resources they need are highly variable across seasons, and often separated by large distances. Dr Susan Canney is the Director of the Mali Elephant Project, which was created in 2007 to find ways for humans and elephants to thrive together. This is a complex social-ecological system, but despite this, the vision of the project was to enable beneficial and sustainable human-wildlife coexistence.

Desert-adapted African elephants
Analyses using Save the Elephants’ GPS collar data to track the elephants’ movements have revealed the full extent of the unique annual migration circuit of this population, covering 32,000km2 (an area the size of Belgium and Luxembourg combined), the largest ever recorded for elephants. By combining the GPS data with satellite imagery, climate and land use data, it was possible to piece together an understanding of why the elephants behave in this unique way. The territory and migration circuit of this population sits within the Sahel, which is a transition zone in terms of geography and ecology, between the Sahara in the north and the Savanna in the south. The climate is a constant intense heat with a long dry season and a short irregular rainy season. The GPS data showed that the elephants’ behaviour allowed them to deal with the hot, dry and often variable conditions by spending 95% of their time in key areas, linked by corridors through which they travel very quickly. During the dry season the elephants remain in the north of the region where there are lakes surrounded by thicket forest which they stay close to, then move between as each dries up. In contrast during the rainy season, the elephants are no longer restricted by access to water and migrate further south to take advantage of abundant and varied forage, all the while avoiding human activity where possible.

Human-elephant conflict
As well as the elephant population, this region of southern Mali contains a diverse group of ethnicities and communities using the land and other natural resources for their livelihoods, from traditional nomadic pastoral communities, to agriculture and irrigated gardens. In addition, large herds of cattle belonging to distant, wealthy urban elites also make use of the water and pasture. As the competition for vital resources slowly intensified, human-elephant conflict resolution became an increasing priority. However, the vast physical area involved and a lack of resources and political will to tackle the problem made this a daunting task. The elephants moved through an immense, open, populated landscape and so once the GPS collar studies had been completed, the research question became: “What does it take to turn a situation from one of threat to elephants to one where they can thrive?” It was difficult to know what to do.

A significant break-through came during a serendipitous conversation with a local villager. When asked if he would mind if the elephants disappeared the villager responded: “If elephants disappear it means the environment is no longer good for us.” This answer revealed how both the conservation team and the local communities understood that the elephants are a vital indicator of the ecosystem’s health. The Mali Elephant Project used this as a starting point to build a shared vision of an environment that could sustainably support and benefit both elephants and humans.

Crisis points
In 2009 Lake Banzena, the largest lake in the region, dried up before the rains arrived, and human-elephant conflict for resources was brought into sharp focus. Adding to this, in 2012 a coup destabilised the country, with large numbers of young men recruited to join armed groups. Poaching for ivory erupted as traffickers and armed groups profited from the governance vacuum.

If elephants disappear it means the environment is no longer good for us.

Looking back, Dr Canney reflects that each time a crisis struck, not knowing what to do meant a new approach was needed to find a solution. Historically, conservation has focused on strictly protecting land. However, this approach was not possible for such a large populated area, where a complex suite of economic and social factors had led to overexploitation of natural resources, and conflict between humans and between humans and elephants.

Action research and adaptive management
To understand the social, economic, political and environmental problems at the heart of this crisis, the Mali Elephant Project engaged the local people. A complete survey of everyone living and working around Lake Banzena enabled the project to gather data to understand the full demand on resources and the concerns and perceptions of the inhabitants and users. Once they had the data, the project team then gathered the local communities together to discuss the findings and crucially, to present this in the context of their lives and the problems they face. This process also served a vital function of bringing the different communities and ethnicities together to develop a shared vision of the problem and a collaborative plan for the future.

Community-based natural-resource management was at the heart of the plan. Each social group had its own system of resource use, but were reluctant to respect those of another group. However, they all also recognised that overexploitation was at the heart of the problems and that a collaborative approach to resource management was needed for all to benefit. Built into this shared approach was the acknowledgement of, and respect for, the needs of the elephants alongside their own. A representative management committee of elders was elected to establish the rules of resource use across the communities (which included the setting aside and protection of elephant habitat and migration routes), and deliver penalties; while teams of young men, known as ‘eco-guardians’, were elected to detect infringements.

The collaborative approach between ethnicities soon proved its worth when a newly formed large pasture area – created by two communities and protected by fire breaks – survived a bush fire. These people had abundant pasture close to home, they could sell fodder and grazing rights, and their animals were healthier, produced more milk and fetched more at market. Other communities from across the elephant range began to reach out for help when they saw the benefits of a shared approach to resource management. The project also worked with women to develop alternative livelihoods that benefitted from resource protection, providing training where necessary.

Other communities began to reach out for help when they saw the benefits of a shared approach to resource management.

Conflict and lawlessness brought elephant poaching. With no government presence it was difficult to know how to respond. The project again consulted local communities to discuss the problem in the context of the challenges they were facing and identify possible solutions. A particularly important initiative was the engagement of further eco-guards which provided an alternative to recruitment by armed groups and was also viewed by the young men as a more noble way to provide for their families and support their communities. The increased capacity for vigilance and habitat protection, along with the local sense of pride in the project limited poaching in the region.

A model for co-existence
Despite the huge challenges facing the natural world, the Mali Elephant Project is an example of a conservation success story with the possibility of a sustainable future. The project is continuing to work with local communities to embed sustainable resource-management, although the ongoing conflict makes this a much slower process. It also works with government to protect the entire elephant migration route and support communities to enforce legal protections, with the ultimate vision of being able to reintroduce lost species to restore the Sahel ecosystem.

Many conventional conservation tools were employed during this project. However, the key to their success was to use them in a way that fits with the local context and continually adapts to the ever-changing situation. The long-term nature of the engagement with local communities is crucial to the survival and success of the project, particularly throughout the armed conflict and its divisive forces. Operating in such circumstances means additional time and resources are required to progress. Pre-conflict the shared recognition that human activity must respect ecosystem limits and that the elephants were an indicator of the health of the land, ensured the long-term sustainability and benefits of human-elephant interactions in Mali. During these times of lawlessness it not only protects the elephants and restores degraded ecosystems, but also empowers local people in bettering their lives.

Apart from the elephants, which other species have thrived as a result of the resource management programme?

<> It has not been possible to establish rigorous monitoring systems for other species. However, multiple independent anecdotal reports suggest that there has been an increase in gazelles in the pastoral areas under resource management and photographic evidence shows an increase in tree biomass and abundance in the woody vegetation of forests under resource management. 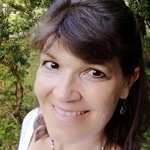 Susan Canney is the Director of the Mali Elephant Project, having worked on a variety of nature conservation projects across Africa, Asia and Europe, and in sustainable development policy at the Green College Centre. Her work involves using systems perspectives and collaborative approaches to find sustainable solutions to conservation problems.

The Mali Elephant Project aims to find ways for humans and elephants to thrive together.

The project is a joint initiative of WILD Foundation and the International Conservation Fund of Canada. Other funders include: