Health & Medicine
In 2019 NHS Improvement and NHS England merged, becoming one major organisation responsible for regulating and improving the NHS system in England. But how best to do this, and improve quality of care and patient safety without increasing costs, is under debate. A comprehensive evaluation of a five year partnership between the English NHS and Virginia Mason Institute in the USA finds a less formal, more relational approach to governance produces a reciprocal learning environment for both regulators and service providers. Dr Nicola Burgess and colleagues from Warwick Business School (University of Warwick), suggest a relational approach to governance is vital for the development of a sustainable continuous improvement culture in a healthcare context.

Healthcare regulatory organisations are currently at the top of the NHS hierarchy, issuing commands to the service providers (NHS Trusts, hospitals) below them in the pecking order. But this top-down regulation can lead to providers focusing on implementing new processes or meeting targets, and not on whether the new regulation has any value to customers (usually patients). Since the merging of NHS England and NHS Improvement in 2019 there has been debate about how this new major regulatory organisation can best foster a culture of continuous improvement across the healthcare system as a whole.

Dr Nicola Burgess and colleagues from Warwick Business School (University of Warwick) have been analysing the progress of a partnership collaboration between the English NHS and the Virginia Mason Institute (Seattle, USA). The goal of the partnership was to transfer learning from an adaption of the Toyota Production System (also known as Lean) by Virginia Mason Medical Center – a hospital in Seattle – to five English hospitals to foster a sustainable culture of continuous improvement capability.

The Virginia Mason Production System
The Virginia Mason Production System (VMPS) is a translation of the Toyota Production System, widely known as Lean. The Toyota Production System evolved from the late 1940s to compete with American car manufacturers like Ford that had invested heavily in automation to achieve economies of scale through mass manufacturing. At the time, Toyota had a very poor reputation for quality and very little money to invest in machinery required to produce cars at the same volume and unit cost as American manufacturers. Further, in the aftermath of World War II, Japanese industry faced severe capacity constraints with a reduced workforce and a scarcity of raw materials. So it follows that Toyota had to find a way to compete, using less of everything. Their goal was achieved through adopting an uncompromising focus on ‘value’ from the perspective of the customer, and to make value-adding activities flow seamlessly without any waste.

Implemented as a production system, Lean requires everyone’s involvement in the pursuit of continuous improvement through elimination of activities and processes that don’t add value from the perspective of the customer. These non-value adding activities are known collectively as ‘waste’. Applied to healthcare, the goal of a production system is to continuously eliminate waste so that the quality and speed of care delivery is continuously improved, benefitting both patient and payer since less resource is spent on activities that deliver no value to the patient.

A protected relational space refers to a safe and supportive atmosphere… where collaborators should feel free to discuss both their successes and failures without judgement.

Improving the quality of patient care while simultaneously reducing the cost of care delivery is an attractive proposition for healthcare leaders. Many healthcare organisations around the world have attempted to integrate Lean production principles into their operation, but very few have success long-term or on a large scale. Difficulties come in many forms, from lack of internal improvement capability, professional resistance towards improvement methods, and pressure from outside sources to achieve specified targets or goals. In summary, challenges common to the highly regulated professional environment suppress opportunity for creativity in developing solutions to complex problems and thereby improving performance of complex systems.

NHS partnership for inter-organisational learning
The Virginia Mason Medical Center, a hospital in Seattle, is a notable exception to the widespread failure to effectively implement Lean principles; in fact, they have been successfully enacting the system since 2002. The Virginia Mason Production System puts patients and the continuous improvement in the quality of care at the centre of their operating values, and this approach has led to the Virginia Mason Medical Center gaining a reputation as one of the safest hospitals in the world.

In 2015 five English NHS hospitals were selected to form a partnership with the Virginia Mason Institute and implement localised versions of the Virginia Mason Production System. The goal of the partnership is for each of the hospitals to develop localised versions of the production system and foster a sustainable culture of continuous improvement capability in their organisations.

Since 2018, Dr Nicola Burgess and colleagues at Warwick Business School have been leading a comprehensive evaluation of the partnership between the NHS hospitals and the Virginia Mason Institute. The team are due to produce a full report in 2021, but their observations so far have found positive results. One unexpected, but promising finding illustrates a shift in the relationships between senior members of NHS England/NHS Improvement, and the CEOs of each of the five NHS hospitals. This shift can be credited to the partnership with the Virginia Mason Institute and a commitment to the implementation of the Virginia Mason Production System.

A promising start
During the evaluation, Dr Burgess and her colleagues discovered a significant shift in the inter-organisational relationships as a result of the partnership. One particular aspect of the implementation of the Virginia Mason Production system was found to be particularly beneficial: the monthly meeting of a Transformation Guidance Board (TGB).

Through this regular meeting, a partnership ‘spirit’ has emerged between senior members of NHS England/NHS Improvement, Virginia Mason Institute and the five CEOs. The meeting requires each CEO to present their progress with implementing their localised production systems, the results of improvement work, and reflections on challenges experienced. While the meeting is clearly structured for governance and accountability, conversations are frank and fluid between the peer group of CEOs and senior members of NHS England/NHS Improvement. The monthly meeting bears the hallmark of a learning network, where new knowledge is co-created and all members are learning together.

Since the merging of NHS England and NHS Improvement in 2019 there has been debate about how this new major regulatory organisation can best foster a culture of continuous improvement across the healthcare system as a whole.

So what are the key factors for making this partnership successful? Dr Burgess and colleagues have identified two interrelated components of the partnership: protected relational space and an informal behavioural contract, known as a ‘compact’.

Dr Burgess and colleagues suggest that this relational approach to regulation could and should be extended to the wider NHS system.

The monthly face-to-face meeting of the Transformation Guidance Board provides an example of a protected relational space. The monthly meeting would last around six hours and did not feature any phones, laptops or other managerial distractions. Contrary to what might be expected, several representatives described these meetings as “the best day of the month”. The CEOs from the five NHS hospitals would rarely miss a meeting. Dr Burgess and colleagues attribute this attitude to the friendly, informal atmosphere that characterises these meetings, and allows for the frank discussion of any and all issues experienced by the collaborators. Over time, the relationship between regulator and service provider shifted from one characterised by positional authority, where one party exercises power over the other, to a more informal relational authority, meaning both parties saw themselves as equal partners working towards a shared goal. This relational authority fostered honest discussions and built trusting relationships between senior partnership members.

The compact
A compact is an informal, non-binding agreement between the groups involved in the partnership, akin to an explicit (mutually agreed) psychological contract. This might be considered a first step towards building relational authority, as the representatives must work together to agree on the terms of the compact. The members of the NHS partnership took nearly 12 months to negotiate the expected behaviours and responsibilities outlined in the compact.

An important behavioural aspect of the compact was an agreement to open and transparent communication, with related responsibilities including listening, and giving and receiving constructive criticism with good intent (or the assumption of good intent on the part of the collaborator giving the criticism). Another behavioural factor considered in the compact was the focus on continuous quality improvement from the perspective of the patient. The associated responsibilities for NHS Improvement included maintaining the positive atmosphere of the collaboration and being empathetic with issues encountered by service providers as they foster localised versions of the Virginia Mason Production System, even when both parties are experiencing external pressure to demonstrate immediate change.

There were many factors considered in the development of the compact, all of which form the guidelines for how the collaboration should proceed. If then one group does not meet the terms of the compact, an open discussion takes place at the monthly meeting of the TGB to make sense of the breach and consider what all members of the collaboration could do differently to improve progress towards their shared vision.

Improvement in the NHS
Dr Burgess and colleagues suggest that this relational approach to regulation could and should be extended to the wider NHS system. The positive attitudes of parties involved in the partnership and the shift to open and honest discussion and learning between the groups, suggest this could be a valuable approach for moving the NHS forward in terms of quality improvement, if regulatory organisations and service providers can adjust processes to put patients first and develop trusting and respectful cross-organisational relationships.

In your opinion, what is the largest barrier to implementing relational authority in the NHS?

<> Relational authority emerged over time through mechanisms that fostered trust among all representatives, anchored by a shared goal of developing a sustainable continuous improvement capability in the NHS. A more relational approach to governance produces inter-organisational learning: learning from each other, learning together, and working things out together. Such a situation is far removed from the blame culture that too often erodes staff morale and relatedly, patient safety, in healthcare provider organisations.

This collaboration was underpinned by a ‘spirit of partnership’ that further benefitted from a significant investment in resource; in particular a substantial investment of time from senior NHS leaders that allowed relational authority to emerge. The challenge for the NHS and any healthcare system, is how we make time to routinely bring senior healthcare leaders together, to create a protected relational space for inter-organisational learning. 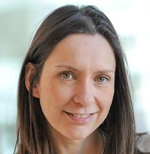