Adipose stem cells have been considered ideal for use in regenerative medicine due to their ‘safe and reliable’ qualities and ability to be easily and repeatedly harvested from humans. However, new research led by Dr Robert Katona of the Biological Research Centre of the Hungarian Academy of Sciences’ Institute of Genetics calls their safety into question, suggesting that the stem cells may promote cancer development.

Stem cell-based therapies have carried the hopes of researchers, physicians and patients for over thirty years, showing great promise in their ability to restore damaged and diseased organs and tissue. Most stem cell therapies rely on adult stem cells called mesenchymal stem cells (MSCs), which can differentiate into cartilage, bone, connective tissue, muscle or adipose (fat) tissue. MSCs can be obtained from almost any organs or tissues (bone marrow, lung, spleen, liver, fat etc.). The MSCs derived from fat tissue are called adipose stem cells (ASCs) and these can be isolated with minimal ethical conflict.

Until recently, bone marrow served as the main source of MSCs. However, adipose tissue became much more attractive as researchers realised that ASCs were abundantly available and could be easily and repeatedly sampled with minimally invasive procedures. Furthermore, adipose stem cells have demonstrated low immunogenicity (i.e., they are unlikely to react with the immune system) and some immunosuppressive properties which prevent the body from rejecting them – making them safe for therapeutic use. As a result, ASCs have been used in several clinical trials to treat conditions such as diabetes mellitus, liver disease, traumatic injuries and corneal lesions, worldwide.

However, further research into human and mouse ASCs has revealed that they are prone to chromosomal instability – they may lose or gain chromosomes. These kinds of mutations have been associated with cancer and, while no cancerous transformations of ASCs have been observed yet, ASCs have been shown to incorporate into tumours and promote their growth, raising concerns about the true safety of ASC therapies.

Now, research led by Dr Robert Katona of the Biological Research Centre of the Hungarian Academy of Sciences’ Institute of Genetics has shown that ASCs with an abnormal number of chromosomes may promote cancer development and act as tumour support structures, known as stroma.

Investigating ASC behaviour in mice
In order to get a better understanding of ASC behaviour, Dr Katona and his team extracted the visceral fat – the deep abdominal fat that surrounds organs – from mice and cultured the visceral adipose stem cells (vASCs) in vitro for several months.

The changes were almost immediate and cell growth and division slowed down, with cell numbers decreasing in the first few weeks. Soon after, the cells began to deteriorate, becoming enlarged and flattened, with most stopping growth and proliferation altogether. Surprisingly, however, some continued to divide and after 50 days, the cell culture had grown beyond the initial sample size.

By now, the cells were showing signs of increased DNA content, with most cells having four or more copies of at least one chromosome, rather than the usual two, causing cells to have even up to 163 chromosomes in total, rather than the usual 40. This was confirmed using flow cytometry – where a liquid cell culture is poured down a tube and passed through one or more lasers to determine the physical and chemical properties of the cells – and microscopy. In both cases, DNA within the cells was stained so that it would fluoresce when hit with a laser and become visible to the researchers.

This result is significant as multiple DNA copies can lead to altered gene expression and change the cells’ behaviour.

To see how the cells’ gene expression and behaviour had changed, the researchers developed an immortalised ASC cell line, containing the abnormal DNA configuration which they called ASC.B6 and compared its activity to original vASCs. While the ASC.B6 cells were still able to differentiate into mature cells as normal, transcriptome analysis – study of the total sum of messenger RNA (an intermediary between DNA and proteins) present in the cell – showed that 2395 genes were being expressed at least twice as much or as low as normal.

In particular, genes and gene products responsible for cell growth, division and movement were overrepresented in ASC.B6, showing that these cells might be involved in cancer development. This was backed by increased expression of cancer stem cell markers Sca-1, CD29, and Krüppel-like factor 4 (Klf4). Interestingly, expression of another cancer stem cell marker, Nestin, actually decreased.

ASCs can promote tumour cell growth
To demonstrate this, Dr Katona and his team co-cultured the 4T1 murine breast cancer cell line with vASCs or ASC.B6. Both ASC cultures enhanced proliferation of 4T1, although ASC.B6 did so far more than the vASCs. Surprisingly, most of the tumour-promoting growth factors were expressed at similar levels in both vASCs and ASC.B6. However, expression of one tumour-promoting growth factor, insulin-like growth factor 1 (IGF1), increased in ASC.B6 compared to vASCs (IGF1 production of vASCs was only initiated when they started to show increased DNA content) and was found in the broth surrounding both cultures. Moreover, treatment with an IGF1 antibody significantly decreased tumour growth, suggesting that IGF1 production was at least partly responsible for ASC.B6’s tumour growth promoting effect.

Why IGF1?
IGF1 is responsible for promoting mammary terminal end bud, ductal and gland formation in healthy mammals. While it’s mostly produced in the liver, it is also expressed in mammary stromal cells. As a result, overexpression of IGF1 can lead to breast cancer development, progression and metastasis. This is reflected in Dr Katona’s results where he exposed vASCs and ASC.B6 to 4T1 murine breast cancer cells.

The tumour-promoting effect of IGF1 is often heightened when it binds to its receptor – IGF1R. This makes it a promising target for human breast cancer therapies and several researchers have already attempted clinical trials that treat breast cancer with IGF1R or receptor tyrosine kinase inhibitors. Unfortunately, these clinical trials were stopped as IGF1R antibody therapy caused hyperglycaemia – increased blood sugar – and metabolic syndrome in patients while receptor tyrosine kinase inhibitors led to patients developing metabolic toxicities.

By now, the cells were showing signs of increased DNA content, with… cells having up to 163 chromosomes in total, rather than the usual 40.

Currently, researchers are exploring alternative anti-IGF1 antibodies, with some successfully slowing or even inhibiting cancer proliferation in late-stage cancer patients. While this sounds like a lot of effort, finding effective therapeutic targets against tumour stroma, such as ASCs, is critical, as their secretion of IGF1 can lead to cancer drug resistance, minimising the effectiveness of treatments and leading to poorer patient prognosis.

Can the mouse model be applied to people?
Dr Katona believes it can. Mouse models are used due to their high similarity with humans, (we share 85% of our protein-coding DNA). As a result, cancerous activities observed in mice would most likely reflect those in humans. Just as in mice ASCs, ageing and deteriorating human ASC cultures have had altered chromosome numbers. Dr Katona expects this would also be the case in the body and could be due to higher concentrations of reactive oxygen species or inflammatory mediators which promote chronic inflammation in the tumour microenvironment.

While Dr Katona hopes that his mouse ASC model could be used for further research into the genes responsible for cancer development and potential treatments targeting tumour stroma, his findings could also influence future use of therapeutic ASCs.

Given your results, would you suggest people reconsider the use of therapeutic ASCs and if so, under what circumstances?

<>Yes, but people should receive ASC therapy only if all the safety issues have been addressed by double blind, regulated and controlled clinical trials. Any clinically unproven procedures should be strongly avoided. 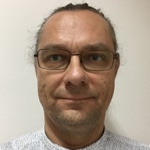